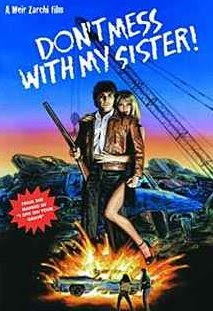 ...aka: American Junkyard
...aka: Family and Honor
Directed by:
Meri Zarchi
The director of the notorious I SPIT ON YOUR GRAVE (1978) returns with a... New York-set romantic dramedy meets urban revenge flick? Yep, strange as it sounds, this effort is usually categorized as horror, but it actually has very little content that could be classified as a genre picture aside from a few violent moments. Even more surprising is that this is a much better film than I Spit. The acting, writing and direction are all superior to that film and it even has echoes of early Scorsese.
★★1/2
Posted by The Bloody Pit of Horror at 8:08 PM