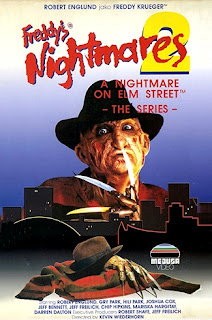 ... aka: Freddy's Nightmares: A Nightmare on Elm Street - The Series: Sister's Keeper

I was originally planning on just watching debut episode NO MORE MR. NICE GUY (1988) and then being done with Freddy's Nightmares for now, but after finding out there was another episode directly following the events of Nice Guy with some of the same main characters, well, I just couldn't leave myself hangin', could I? So here I am writing about something I had no intention of covering and here you are reading about it. Airing November 20, 1988, "Sister's Keeper" was the seventh episode of Season 1 and, like all other episodes, runs about 45 minutes. Fans could just combine it with the pilot episode, stick a "6 months later" title card in between and essentially have themselves another feature-length Freddy movie falling between The Dream Master and The Dream Child. If I ever reference this in the future I'll probably just call it A Nightmare on Elm Street 4.5: The Dream Twins. 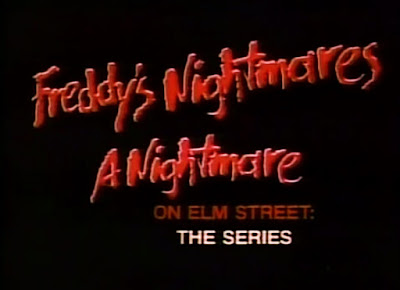 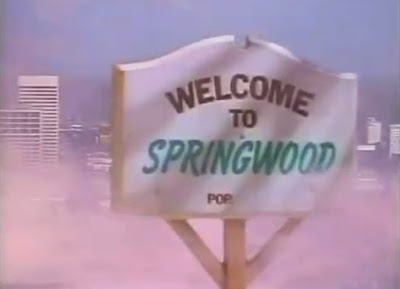 After spending years trying to stop Freddy only to have to resort to vigilante justice to finally get rid of him, Lt. Timothy Blocker ended up paying the ultimate price. He not only left behind a steep dental bill, but also a wife, Sarah (Anne E. Curry), and pretty twin daughters, Lisa (Gry Park) and Merit (Hili Park). While Lisa made it through the entire ordeal fairly well, Merit was traumatized, went mute and had to spend some time in a mental institution. Now released, she has her voice back but hasn't quite shaken off all of the rest of her problems. The mother, back to working long hours to support the family, is seldom home so the girls only have each other to lean on. 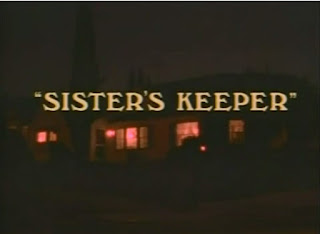 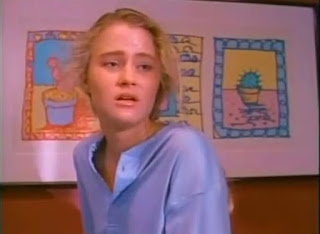 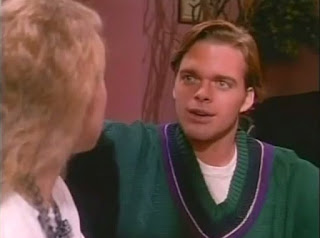 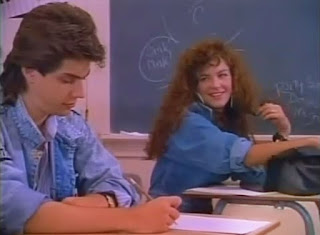 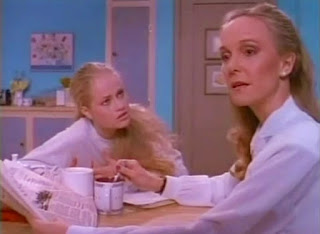 At school, Lisa's the popular one. She wears make-up, crimps her hair, wears the coolest 80s clothes like floor-length tent dresses with turtlenecks and has a "hawt" but otherwise pretty useless boyfriend named John (Josh Coxx). Meanwhile, Merit pulls her hair back, dresses down and wears dark colors. Because her mental issues are common knowledge around town, she's also teased and called "The girl who cried Freddy." A guitar-strumming dullard named Jeff (Jeff Bennett, from the seventh Friday the 13th film) still likes her because she has a "tragic nobility" about her. But that doesn't sit well with Allison (Robin Antin, later founder of The Pussycat Dolls), who has a crush on Jeff and starts bullying Merit. But high school drama for the Park girls will soon feel like a walk in the you-know-where once Freddy (Robert Englund) decides to come after them for revenge. 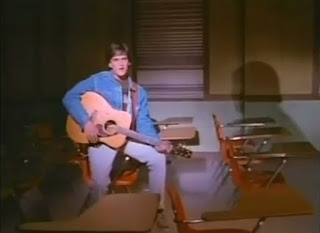 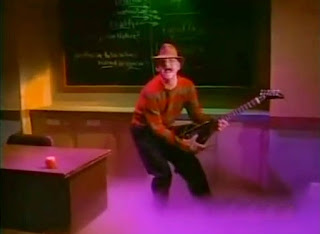 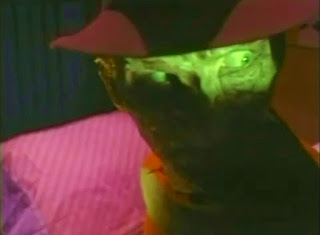 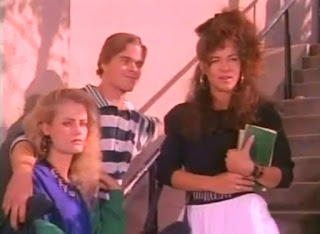 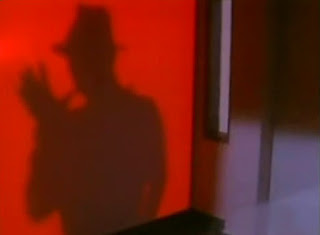 No one believes Merit when she claims that Freddy actually killed the dad just as no one believes her whenever she claims Freddy is now trying to kill her in her dreams. Lisa is hesitant to believe herself, except for the fact that every time Freddy slashes Merit in a nightmare, the wound ends up on her body instead. After one too many close calls, the girls suck down enough coffee to stay up four days straight trying to come up with a plan. Through a former hippie teacher, they learn that since they're identical twins they may be able to "share" the same dream, and be actively involved in that one dream, if they fall asleep at the exact same time. But will that be enough to save them from Freddy? 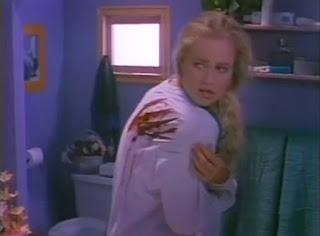 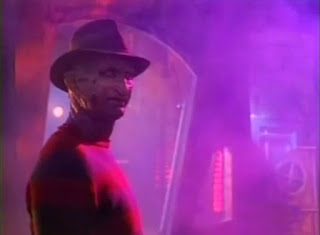 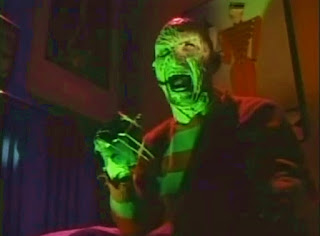 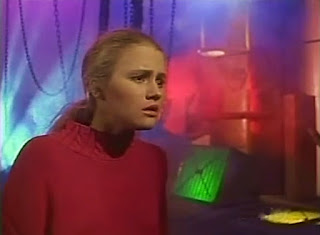 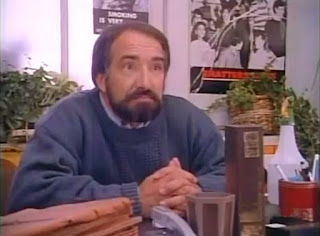 While the acting and story aren't up to much, this is actually a bit better than the first half of the story. Having the twins constantly switching looks and identities; at first so the screwed up one can experience the perks of popularity and the other can experience what it's like to be the outcast, but then also being mistaken for one another both in real life and in nightmares, creates the necessary "Is it real or not?" amount of disorientation needed for something like this. Plus, where the first episode had some colorful lighting to accentuate the few Freddy scenes, this one goes bat shit crazy with the stylized lighting and shows zero restraint pouring on a bunch of gaudy colors every chance it gets. Some of the shots, especially one with Freddy's face colored green but with an orange band across his eyes while purple, green and red highlight the rest of the frame actually look really cool. 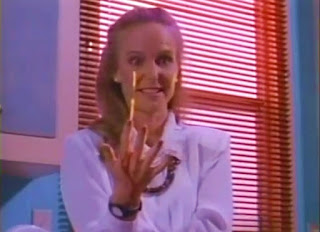 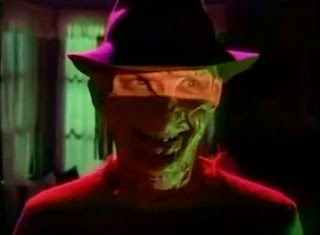 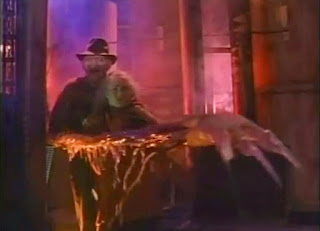 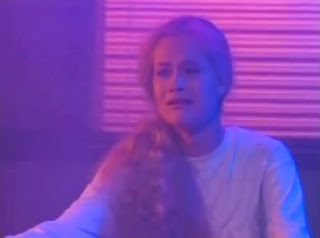 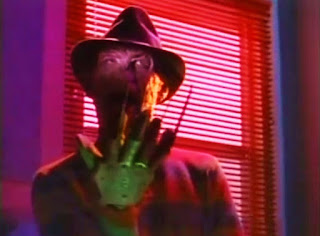 Even though nothing here is any match for the movie fx, this still has a few fun Freddy bits like the mom jamming knife blades into her fingertips to make a glove and, especially, a gloppy extended arm that recalls a memorable scene from the original. Kevin Yagher was in charge of the make-up and Englund also receives a credit as "series consultant." Director Wiederhorn, best known for the pretty good early zombie film Shock Waves (1977) and the disappointing Return of the Living Dead II (1988), went on to direct six other episodes of the series. 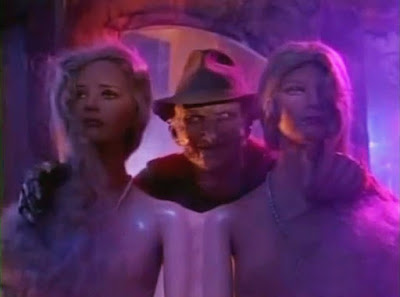 While five Freddy's Nightmares episodes received a VHS release in the U.S. in 1991, this one did not. However, it was released elsewhere. In the UK and Czechoslovakia it was paired with the episode "Freddy's Tricks and Treats" (S1E4) and released as a video feature titled Freddy's Nightmares 2. The Australian, Japanese and Dutch VHS releases all paired it up with the episode "Mother's Day" (S1E8).