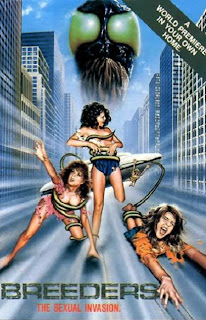 New York City virgins (yes, New York City virgins) are being beaten and sexually assulted. The victims are rushed off to "Manhattan General Hospital" where Dr. Gamble Pace (Teresa Farley) notices they're behaving strangely and healing rather quickly. Then the ladies - in a trance-like state - start wandering off. Gamble, along with investigating detective Dale Andriotti (Lance Lewman) decide to get to the bottom of things. The two discover that an alien life form capable of inhabiting human hosts is out to knock up Earth women. Why? Uhh, I'm pretty sure they mentioned it at some point, and pretty sure it involved producing alien spawn to prep for a planet takeover, but the only thing I'm absolutely sure about is that I watched this thing just two days ago and hell if I can remember. Things do culminate in a memorably tasteless sequence where all of the ravaged females take an otherworldly spunk-bath in an alien nest (located in an abandoned subway tunnel) before getting group electrocuted. 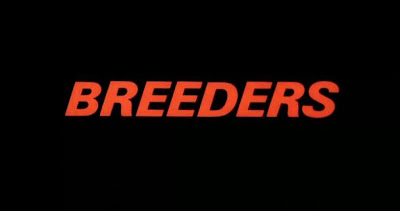 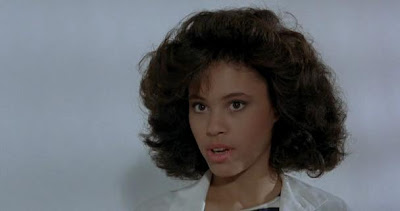 BREEDERS is far from a good movie. Actually, it's pretty awful. There's almost no plot to speak of, the dialogue is often howling bad and most of the acting is wooden (some of the actors even trip over their lines). There are, however, plenty of highly variable make-up effects courtesy of Emmy-winning and Oscar-nominated effects artist Ed French, including a very gory scene where a man's chest puffs, bubbles and bleeds, several different alien looks (a one-eyed mutant alien offspring and a bug-like alien with large silver eyes) and other fun / cheap fx stuff. There's also good-looking cast and loads of T&A provided by five different actresses. It also doesn't drag on as it clocks in at just 77 minutes. Many fans of 80's trash are likely to get some enjoyment out of this mess. 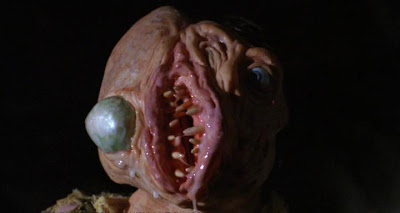 Director Kincaid had, as "Joe Gage," already made a name for himself in the late 70s / early 80s adult industry with his acclaimed "Working Man" trilogy; films which were novel for both dealing seriously with same-sex relationships and for the casting of masculine men. Apparently, after Charles Band [the uncredited executive producer] saw Kincaid's previous film, the women-in-prison exploiter BAD GIRLS DORMITORY (1984), he decided to finance further projects from the director, which lead to this, ROBOT HOLOCAUST (1986) and MUTANT HUNT (1987). All were released on the Empire label and were Wizard VHS release. After these and a few more releases, Kincaid returned to gay porn and continues in that arena to this day. 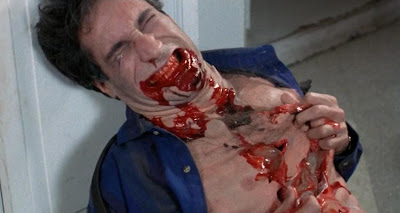 The film has many familiar faces if you've seen your fair share of 80s exploitation. Several of the virgins I'd seen in other films; usually ones shot in or near the NYC area. Frances Raines, who plays coke-snorting model Karinsa and treats viewers to a completely gratuitous nude aerobics prior to getting attacked (drug use and exhibitionism... hallmarks of an unsullied maiden!), had previously been in the slasher flicks THE MUTILATOR (1982) and DISCONNECTED (1983). Amy Brentano, who plays fashion photographer Gail, was the female lead in the haunted whorehouse flick BLOOD SISTERS (1986). LeeAnne Baker, a cute, short-haired blonde who portrays nurse Kathleen and is probably the most promising actual actress in this crop of babes, had a funny one-scene bit in PSYCHOS IN LOVE (1986) and got to headline her own genre film (playing a 300-year-old, six-breasted witch in 1987's NECROPOLIS) before throwing in the towel on film acting in the late 80s. Matt Mitler, who appeared with Raines in the aforementioned Mutilator and also had roles in DEAD TIME STORIES (1985), BASKET CASE 2 (1990) and others, is in just one scene. 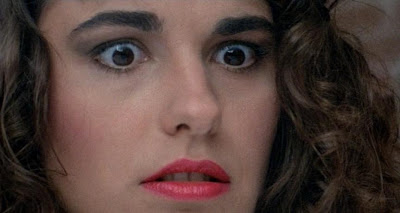 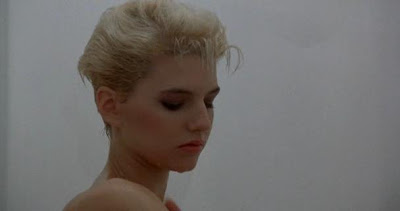 As far as lead actress Farley is concerned, it's nice seeing a black actress in a lead role in an 80s horror film and she's absolutely gorgeous to look at despite sporting some helmet-like 80s hair, but her habit of blankly staring off-screen (presumably to cue cards containing dialogue such as "It's a case like this that make me want to kill every man ever born!") gets on one's nerves. Make-up man French also has a decent-sized supporting role here as a doctor, though it's made pretty clear that his true talents lie elsewhere. 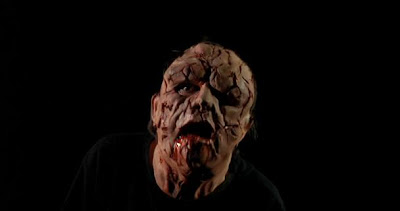 The film has been released multiple times on video and on DVD (MGM distributing the latter), so it's not difficult at all to find... just don't confuse it with the other BREEDERS (1995), a British film boasting a nearly identical premise.

Posted by The Bloody Pit of Horror at 12:44 AM No comments: