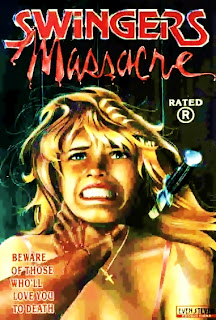 
Successful middle-aged lawyer Charlie Tishman ("Eastman Price" / James R. Sweeney) appears to have it all; a nice home, plenty of money, a thriving practice and an attractive, loyal, sweet and soft-spoken wife who sincerely does love him. Only that's not enough for the egotistical, ungrateful Charlie. After ten years of marriage, he's come down with a bad case of the Seven Year Itch and decides he wants to start having sex with other women. Instead of going behind his wife Amy's ("Jan" / Joyanne Mitchell) back, he's more up front about his thoughts, though not very considerate about relaying this info. Charlie tells Amy that it's only natural for people to get sick of having sex with one another and says half of married couples divorce because of it. He then starts looking through newspaper ads for other couples. She still doesn't budge. Only after Charlie delivers another of his wham bam premature ejaculation specials does Amy finally submit to his demands. After all, Charlie's been having trouble keeping it up lately, so perhaps their love life really does need a kick. Through a client, Charlie learns of a Sunset Strip night club called "Filthy McNasty's," which is rumored to be filled with swingers...

Filthy McNasty's indeed turns out to be packed with adventurous couples and a wide selection of good-looking, eager swingers. They also have their own in-house funk / rock band with a female vocalist (yes!) with their own theme song titled, you guessed it, "Filthy McNasty's" (double yes!) that dozens of extras dance around horribly to (triple yes!). Immediately upon arriving, the excited Charlie and the nervous, shy and apprehensive Amy start getting approached by other couples. Margie Lewis (Mickey Nader) and her hubby Rod (Paul Oberon) quickly zero in and invite them to an after party where a few other "groovy," like-minded couples will be. Charlie decides that that's the place he wants to go. He wants to go so badly he even passes on a later offer by Uschi Digard and her partner. After the club, Amy tries one last time to get Charlie to change his mind about all of this and tells him that if he truly loved her he wouldn't. He still insists they go to at least check it out.

At Margie and Rod's, they're introduced to two other couples; Jim Simon (Gary Kent) and his wife Irene (Marsha Jordan), and Bill Stacey (Ron Darby) and his wife Diane (Rene Bond). After drinks and some amusing swinger stories, the action is soon underway. The four women all change into sexy lingerie and Rod, who's been making the move on Amy all night, decides he wants first dibs on the new lady in the swinging scene. Charlie pairs up with Irene and everyone retreats to the bedrooms. When push comes to shove, poor, pushy Charlie is unable to perform. Amy, on the other hand, doesn't have that issue and becomes extremely popular with all of the guys. After she and Rod are through, Bill wants a piece and gets some while the frustrated Charlie lies in bed next to his wife! And then it's Jim's turn and he gets Amy to have sex with him in the living room while everyone else sits around and watches! Meanwhile, Charlie gets mocked (one of the guys holds up a vibrator and tells him "You oughta keep one of these things around. It might come in handy") and then becomes insanely  jealous (especially when the guys later proclaim Amy "...the best fuck we ever had!")

Charlie starts drinking a lot, is plagued by flashbacks and eventually snaps and "avenges" himself by killing everyone who had sex with his wife. Jim is knocked out, tied up in his car and then killed when toxic fumes are pumped in. Charlie then does the same routine on Rod. A pair of police detectives (Richard Stobie and "Carmine Marino" / Russ Marin) show up to investigate. While questioning one of the grieving widows, one of the detectives asks, "Was your husband a fag? ... Hollywood, man. The land of fruits and nuts, remember?" Charlie takes out Bill will a sniper rifle, and then is talked into meeting up with yet another pair of swingers; Jerry ("Harrison Phillips" / Phillip Luther) and his bisexual wife Donna (Ann Perry); both of whom are most interested in Amy. Again, Amy gets all of the pleasure, while Charlie can't perform. Right before they leave, he drugs the hosts' drinks, then sneaks back over later and murders both of them. Eventually, Amy finds herself in danger from her very own husband, but can the detectives get there in time to save her? 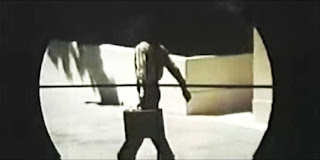 With a cast littered with 70s skin flick queens (Jordan, Digard), hardcore performers (Bond, Darby) and even a future hardcore director (Perry), I expected this to be a sleazy sex flick with only cursory horror / thriller elements. That turned out not to be the case, but I didn't mind having my expectations dashed in this particular instance. Swingers Massacre delivers strictly R-rated thrills (mild violence, some sex and nudity though not a ton) and I quite appreciated its serious intentions. It neither glamorizes nor demonizes the swinger subculture and gives what one might suspect to be a rather accurate presentation of not only it but also of sex and relationships in general. A lot of credit should go to screenwriter Helene Arthur for providing credible dialogue and an interesting and workable premise; and also to the director for staging these scenes effectively and getting at least passable performances from the entire cast. Nearly all of the victims are male, which also makes it stand out a bit from others horror - thrillers of its day. On the down side, the scenes with the detectives are boring and the film suffers somewhat from being slightly longer (105 minutes) than its plot can sustain.

Originally titled Inside Amy (also the name of a song on the soundtrack), this long-forgotten film has received just one legitimate release to my knowledge and that was a VHS release from a bottom rung company Even Steven. Just like they did with their release of Gary Graver's MIDNIGHT INTRUDERS (1973), they've added a 1987 copyright to the end credits. The quality of the print I had to view was downright terrible. Not only have both the top and bottom been poorly cropped, but it's somewhat blurry and the colors are extremely flat and washed out; making it difficult to tell what's going on much of the time. Hopefully one day another company will pick this up and give it a decent re-master. I think most fans of exploitation / drive-in style flicks would get some enjoyment out of it.

Director Garcia had previously made The Toy Box (1971), which also featured Perry, Jordan and Digard, and appeared in The House of Seven Corpses (1974). He's now a prolific television director and cinematographer (he shot David Lynch's Twin Peaks series among other things). 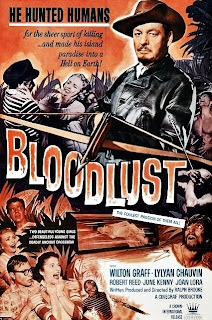 
Ralph Brooke, who'd previously co-written the cheapie monster movie Giant from the Unknown (1959) for director Richard E. Cunha, decided to make his own horror flick that same year; a take-off on The Most Dangerous Game (1932) that wasn't released until three years after it was made and never once cites source author Richard Connell. Cunha  returned the favor by helping out on this one as cinematographer, though it's difficult to appreciate his efforts on the ragged public domain version that's making the rounds. There are several cast members of note in here, including short blonde June Kenney from ATTACK OF THE PUPPET PEOPLE (1958) and Lilyan Chauvin, who'd much later snag the role as the abusive Mother Superior in the notorious slasher flick Silent Night, Deadly Night (1984). The real point of interest here though is the presence of a young Robert Reed a full decade before playing patriarch of the Brady clan on the obscenely popular cornball TV series The Brady Bunch (which lasted from 1969 until 1974) and all of its various offshoots; such as the failed The Brady Bunch Variety Hour (1976) and later TV movies like A Very Brady Christmas (1989). 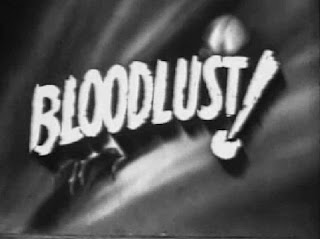 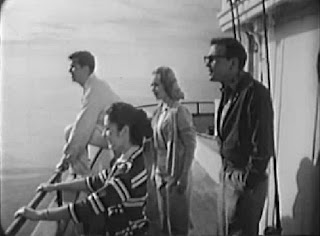 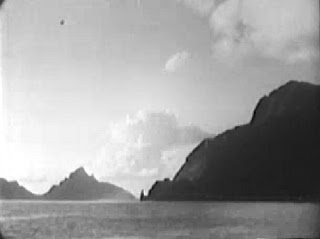 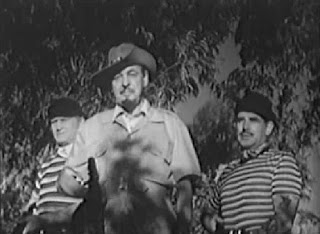 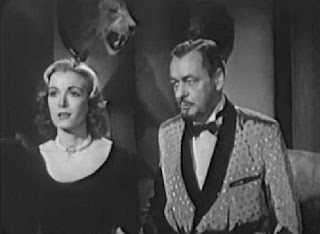 Two young couples; Johnny (Reed) and Betty (Kenney), the daughter of a Judo expert (!), and Pete (Eugene Persson) and Jeannie (Joan Lora), are out on vacation about a boat. Sick of skeet shooting and fishing, they come across a tropical, they-think-uninhabited island and, while their drunken captain Tony (Troy Patterson) is passed out, take a dingy to shore to look around. Their plans for a clambake are interrupted when Johnny falls into a deep hole, but never fear, the eccentric Dr. Albert Balleau (Wilton Graff), shows up just in time. Balleau is one of the only inhabitants of the island, and lives there with his unhappy wife Sandra (Chauvin), his drunk friend Dean (Walter Brooke), who he keeps around simply because he's good at chess, his mute servant Jondor (Bobby Hall) and a couple of other nameless henchmen. He invites the four back to his home, where he explains a stint as a military sniper during WWII left him with an unquenchable "lust for blood." It doesn't take long for the teens to realize they've stumbled upon a very bad situation, but by then it's too late. 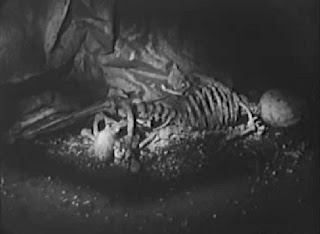 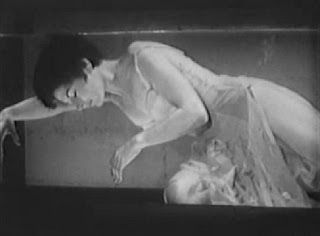 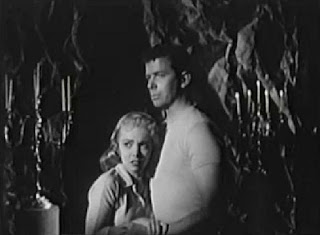 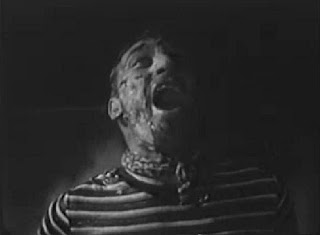 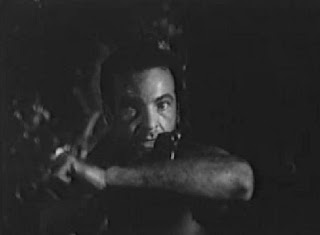 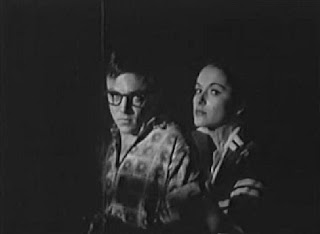 Sandra and Dean, who've been carrying on an affair behind Albert's back and want to leave themselves, warn the young visitors that their host actually plans on eventually hunting them... all of them. And they don't find that story too hard to believe, especially after discovering a special taxidermy room with a dead woman floating in a tank and a skinned-off face being prepared for stuffing. Through a normal trophy room with wild cats, bears and other animals, Albert keeps his special trophy room, which is filled with stuffed humans. Sandra and Dean soon join the collection after they try to escape, then Albert plans an even bigger hunt; one that will involve Johnny, Pete and Captain Tony, who's been apprehended himself. Albert gives himself a crossbow with only three arrows and allows his prey - who are dropped off in the middle of the jungle - one gun with only one bullet. And then the game of hunting-for-humans begins. Back at the house, Betty and Jeannie try to escape a locked room and evade Albert's heavily-armed goons. 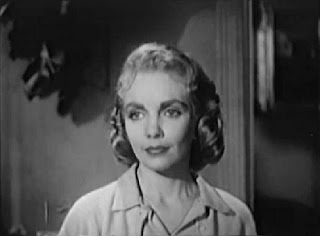 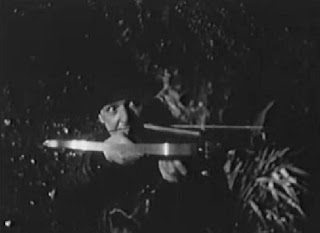 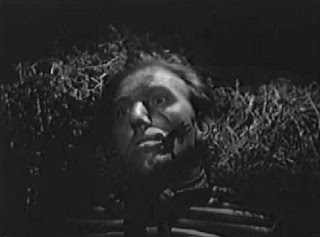 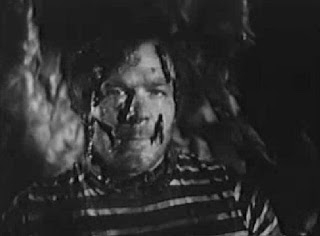 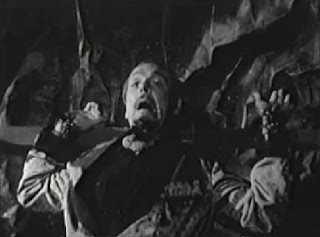 There's not much to write home about here in this eventual hunk o' Mystery Science Theater 3000 fodder. It's cheap, it's unoriginal and it's pretty hokey. I also didn't like the fact that our heroes have ample opportunity to subdue, attack or conk Albert over the head with something (his back is often turned to at least two of them at any given time while he's ranting) yet insist on just standing around helplessly. Things are spiced up a little bit with leeches, a pit of quicksand, a vat of acid, a few bloody moments (a man shot with an arrow in the stomach, an impalement, etc.) and an ending that is somewhat unpredictable, but it's not really enough to save it. I did however like the fact that one of the females got to use her karate skills against a guard.

Bill Coontz, who had small roles in Cunha's Frankenstein's Daughter and She Demons (both 1958), plays a small role here as well as a crazed man lurking in the jungle. Brianne Murphy, from Jerry Warren's Man Beast (1956) and the awful TEENAGE ZOMBIES (1959) was the unit manager. She'd go on to direct Blood Sabbath (1972).