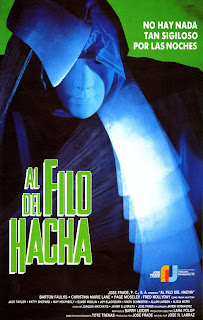 
Most directors know that it's wise to start their film with something attention-grabbing or else they risk losing their audience early on while the film's plot and characters are still being established. Director Larraz knows it and begins his film with a great, creepy sequence of a woman murdered by a white-masked, axe-wielding psycho while going through a car wash. Sadly, this turns out to be the finest moment in the entire movie. It's all downhill from there, folks. In the small town of Paddock, a psycho is going around murdering women. Whoever it is sneaks onto a farm, kills and decapitates a pig and then puts the pig's head on a woman's bed. When the woman's husband goes to report it to the friendly local Sheriff, he tells the man to "Go call somebody who gives a shit" (?!) Needless to say, the recipient of the pig's head will later be one of the victims. And not only does the local law enforcement not give a shit, but apparently neither does the woman's husband for leaving her all alone after the incident, or the victim herself for staying in the home all alone after someone left a bloody hog's head on her bed. 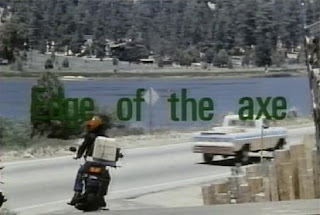 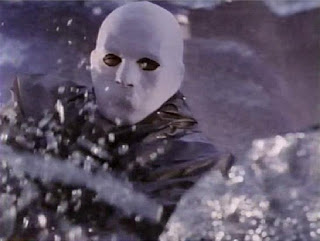 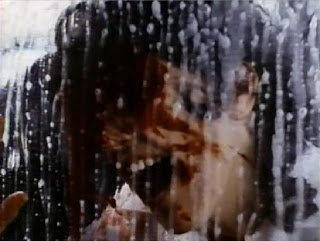 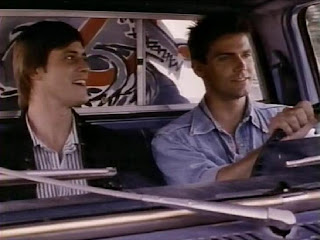 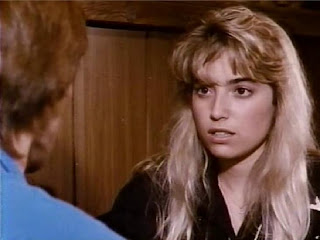 We're then introduced to Gerald Martin (Barton Faulks), a mysterious but friendly enough guy who loves video games, computers and other "electronic contraptions." Gerald doesn't like to discuss his past or his psychiatrist father and is staying with his Grandpa Brock out in the boonies. His arrival there coincides with when the murders first began, so he's automatically established as a suspect. Gerald's best friend Richard Simmons (Page Moseley) - yes, Richard Simmons - is a pest exterminator who's married to the much-older Laura (Patty Shepard) and doesn't mind admitting that the only reason he's with her is because she has money. Gerald accompanies Richard to a bar where the owner has reported a nasty smell coming from the basement. Instead of pulling a dead animal out of the storage attic, they find the decayed body of a former employee who disappeared a week earlier. The wonderful Sheriff (Fred Holliday) pops in long enough to inform everyone to keep quiet about it and tells the coroner to "... sew her up and put her in the ground." 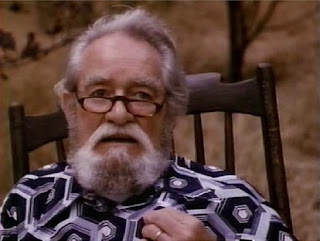 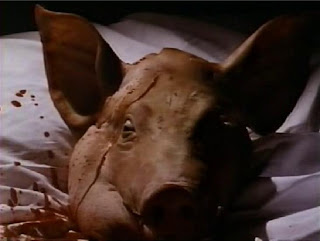 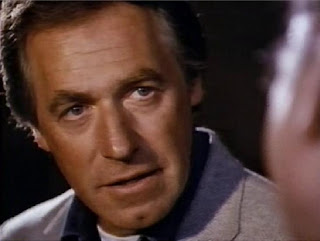 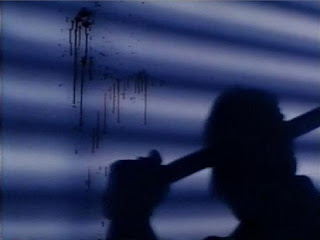 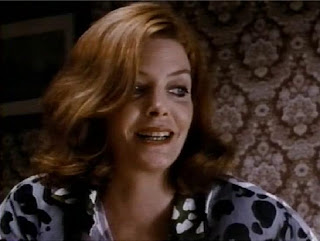 Gerald and Richard go to a local tackle shop owned by a Mr. Nebbs. Gerald finds himself drawn to Nebbs' daughter Lillian (Christina Marie Lane). Despite being married, Richard decides to go for the other daughter Susan (Joy Blackburn), and the two start seeing each other in secret. Not to be left out of the action, Laura seems to be having an affair of her own with Lilian and Susan's father. But none of that really matters much aside from Gerald and Lillian. Lillian's new in town herself, which makes her Suspect #2. The fact she was on medication, is frequently depressed and caused her cousin Charlie to get a brain injury because she pushed him off a swing set as a child solidifies matters. Lillian later finds out that Charlie had been released from a nuthouse two years earlier, which makes him another possible suspect. At a local church, there's a new-to-the-area music teacher (Suspect #4) and a priest who acts weird for no real reason (Suspect #5). Go ahead and throw the Sheriff (Suspect #6) on there too for being such a huge prick. I think that about covers it. 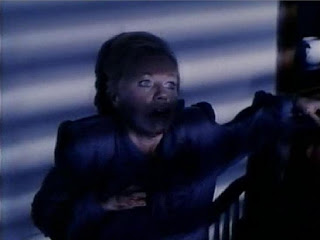 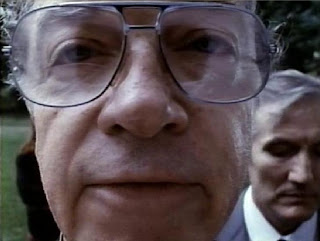 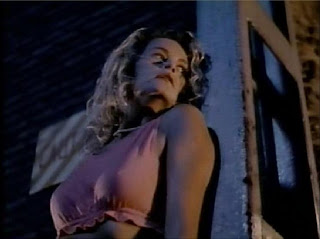 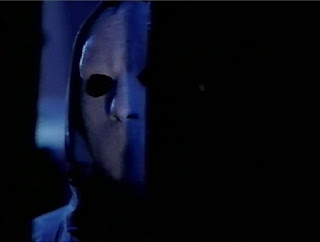 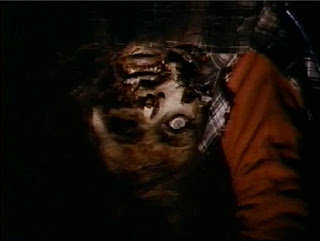 Neither the best nor worst of its type, this slasher / mystery shows general competence but is dull, ordinary and ultimately very forgettable. Everything about this is painfully average. Average plot, average acting, average horror scenes with minimal gore, average white killer mask... The one and only interesting thing here is that Gerald and Lillian use a primitive form of internet to look up information and chat with one another, a good number of years before the internet was readily available to the masses.

One might expect a little better from the director, who'd previously made the cult favorite VAMPYRES (1974) and the Cannes-nominated psychological horror SYMPTOMS (1974). However, by this point, Larraz's career was pretty much on the skids. He made the poor / confusing ghost film REST IN PIECES (1987), this and another, more enjoyable slasher called DEADLY MANOR (1989 aka Savage Lust) and then called it a night. 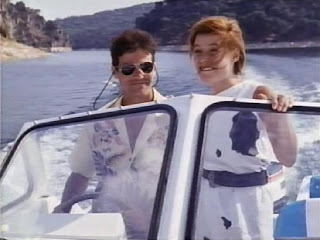 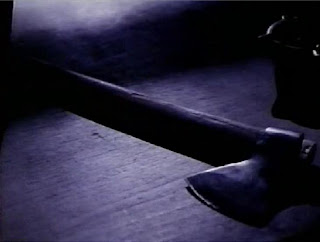 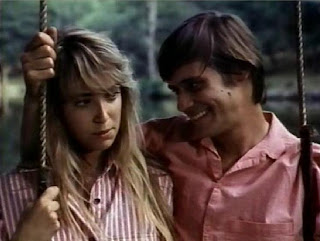 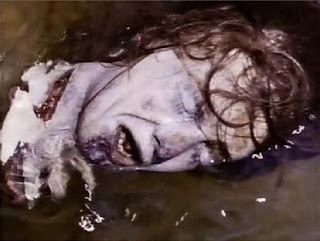 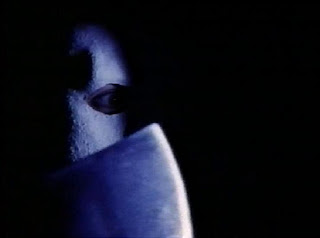 The supporting cast is littered with familiar faces from 70s and 80s Euro-horror. Aside from Mrs. Shepard (who co-starred with Paul Naschy in ASSIGNMENT TERROR and WEREWOLF VS. THE VAMPIRE WOMAN, amongst other things), this has small roles for Jess Franco regular Jack Taylor, Alicia Moro (SLUGS), May Heatherly (PIECES) and Conrado San Martín (who'd previously acted for Franco, Naschy and Lucio Fulci). The lesser-known, younger actors in this one actually aren't too bad either, though none of them seemed to go on to do much of anything else.

The VHS is from Forum.