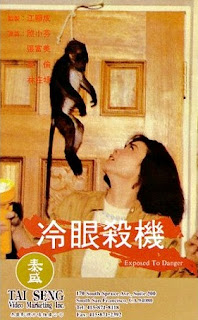 
Fresh from an eight-year prison stint after falsely being convicted of the the murder of her married lover, Fonda Chiu ("Fonda Lynn" / Siu-Fan Luk) gets a new job as assistant editor of a newspaper, moves into a nice house in the country and tries to have a fresh start, vowing to keep her criminal background a secret. Everything's looking up for her socially, professionally and romantically, as she's making new friends, doing well at her job and begins dating her nice and understanding boss Simon Chang (Alan Tam). Unfortunately, Fonda has also attracted the attention of a vengeful psycho who goes out of their way to make her life a living hell. Said nut job is a jealous 17-year-old psycho-bitch named Sheena ("Lona" / Fu-Mei Chang), who works for the same newspaper as a secretary, victimizes her wheelchair-bound granny ("Carol Chang" / Ying Ying) and tortures a male prisoner (the missing newspaper president) in the cellar of her home! Sheena also twists the head off her doll, kills animals (including chopping off chicken heads and hanging Fonda's pet monkey), tries to seduce Fonda's new man, beats someone to death with a flashlight, beats another guy over the head with a wrench, stabs a guy to death with a butcher knife and feeds a child a spring roll laced with broken glass! To make matters worse she's clever enough to implicate Fonda for her crimes, turning friends and coworkers against her. 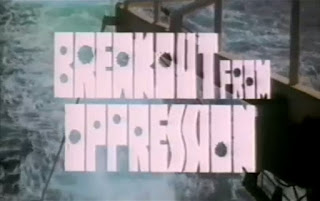 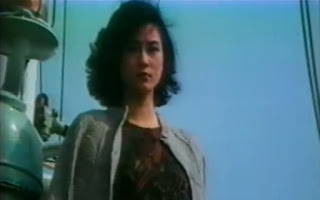 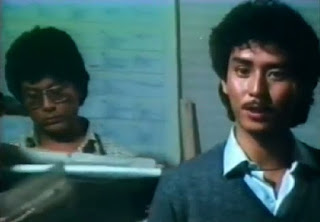 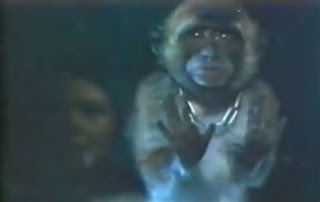 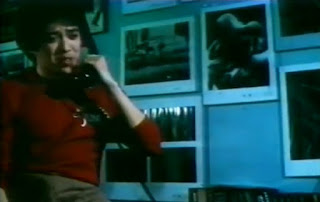 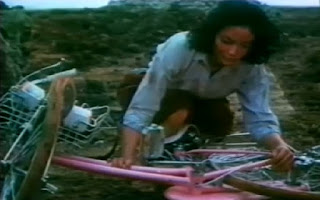 The version I saw was the one released on one of those 50 movie packs by Mill Creek Entertainment. The dubbing is hilariously awful and the picture quality is equally bad, as they used a flat-looking, extremely washed-out video print. However, the story itself is entertaining enough to make this worth watching regardless. It's also very fast-paced and seldom drags. The weaving of the current story line with flashbacks is confusing at first, but the film adequately ties up all the loose ends eventually and is done with some competence. In other words, everything starts to makes sense if you hang in there long enough. The film also boasts quite a few entertainingly weird moments, like when a shrieking monkey appears out of nowhere and when Fonda and a photographer ("Jacky Lim" / Tsai-Pei Lin) visit a crime scene and are suddenly attacked by some random madwoman with a butcher knife! There are also some prison flashbacks of our heroine getting roughed up by a cell block bully who slips a razor blade into her soap, a cat fight and the girls all getting sprayed down with a water hose by guards. It's not boring. 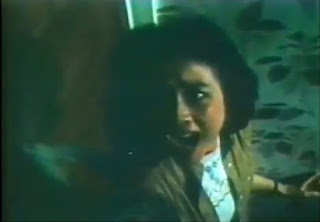 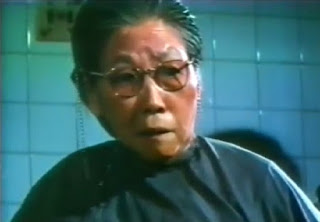 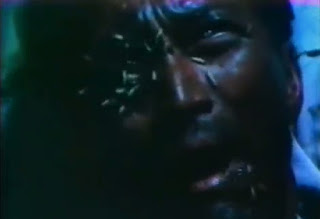 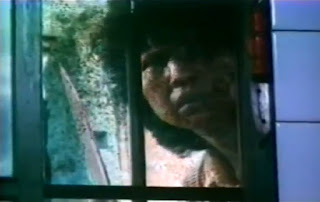 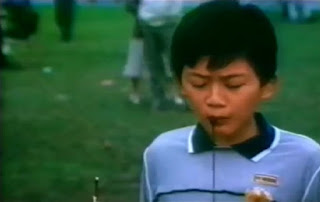 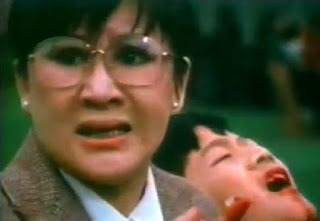 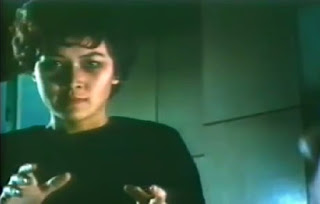 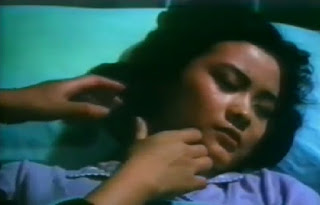 Before I discovered the true identity of this movie, which is listed most places under the title Breakout from Oppression and with an erroneous 1978 copyright date, I made the following observations: "Perhaps the most startling thing about this film is that if it were indeed made in 1978 (as is listed on most online sources) then a very famous slasher movie completely ripped off the ending and hasn't been called on it. Ever heard of Friday the 13th? Here we get the female lead vs. the female psycho on a beach. There's an overturned canoe nearby. They fight with oars. The psycho gets on top of our heroine and starts beating her head into the ground, and finally the leading lady grabs a machete off the ground, runs up to the psycho and chops her head off. The shots, editing and even use of slow-motion are completely identical and Fonda is even seen floating in a canoe the next morning when the police arrive! If I had to venture a guess, I'd say the year for this film is incorrectly listed here. I even think I heard snippets of Pino Donaggio's Dressed to Kill (1980) score being used, so this film was likely made sometime in the early 80s as opposed to 1978." 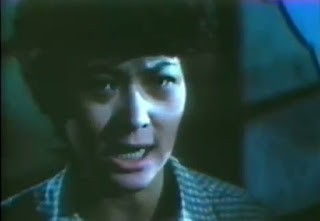 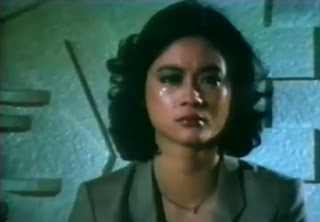 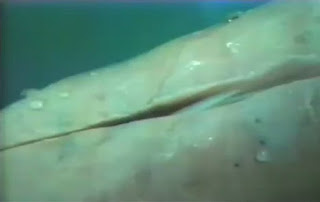 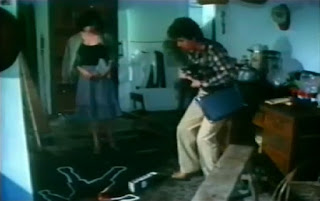 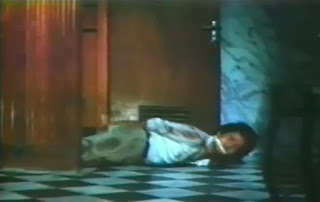 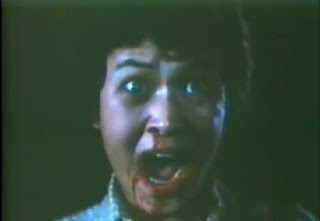 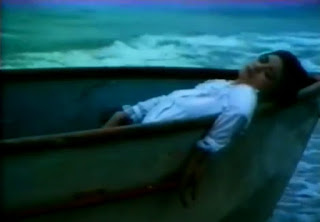 As it turns out, this was indeed made sometime after Friday; between 1982 and 1984 (sources vary depending on where you look) and was shot under the title Leng yan sha ji. The VHS release by Tai Seng Video Marketing and the VCD from Ocean Shores have the English-language title as Exposed to Danger. IMDb (which uses the 1982 year of release) actually has this listed twice in their database; once under the Breakout title and another time as Out of Danger. Though I have no clue where the 1978 date came from, the new Breakout title was given to the film after it was acquired by Godfrey Ho, Joseph Lai and their IFD Films & Arts, who broke tradition and did not add ninja scenes to it. It didn't even matter that the same title had already been used for the 1973 Hong Kong action film Sha chu chong wei, which has caused a lot of confusion over the years. The Anglicized credits are mostly fakes, including those given for the director and lead actress, who also teamed up for the rape-revenge thriller Deadly Darling (1981); another IFD release. On the print I watched, the copyright date is 1985, Lai is the credited producer and Ho is credited as both the writer (as "Benny Ho") and production designer (!?) 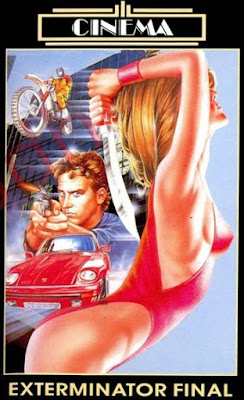 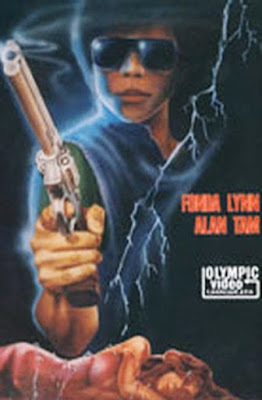 This wasn't well-distributed here in America until 2009 when it became a staple in those public domain DVD multi-packs. There was also a VHS release in France trying to market it as an action film. In 2013, a company called Heaven Fire put out a DVD that claims to be digitally restored.