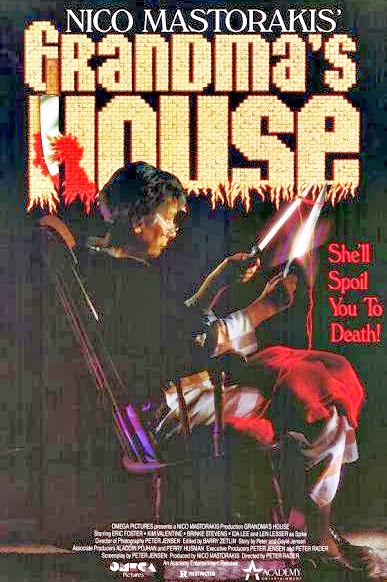 Though not a bad little thriller, Grandmother's House is still something of a disappointment because it could have been great with just a little fine tuning and a better ending. Instead, we get a technically well-crafted film with an intriguing plot and some genuinely suspenseful sequences that pretty much falls apart during the final 15 minutes. Having lost their mother years earlier and now their father, young David (Eric Foster) and his teenage sister Lynn (Kim Valentine) are loaded up on a bus and shipped off to live with their grandparents; the McConnell's, at their country orchard. Upon arriving to their new home, Sally (Ida Lee) and Spike (Len Lesser) couldn't be any more warm and inviting... almost eerily so. There seems to be something quite off about the both of them, and there is definitely something off about a mysterious female vagrant who appears to be following them around everywhere they go. The woman (played by Scream Queen Brinke Stevens) walks around carrying a guitar and a suitcase, stands eerily still in the middle of the road while a bus almost mows her over and watches David behind the bleachers at a pool. She may also be a murderess. The same driver of a green van that picked her up earlier is later found dead near the McConnell home floating in a pond. 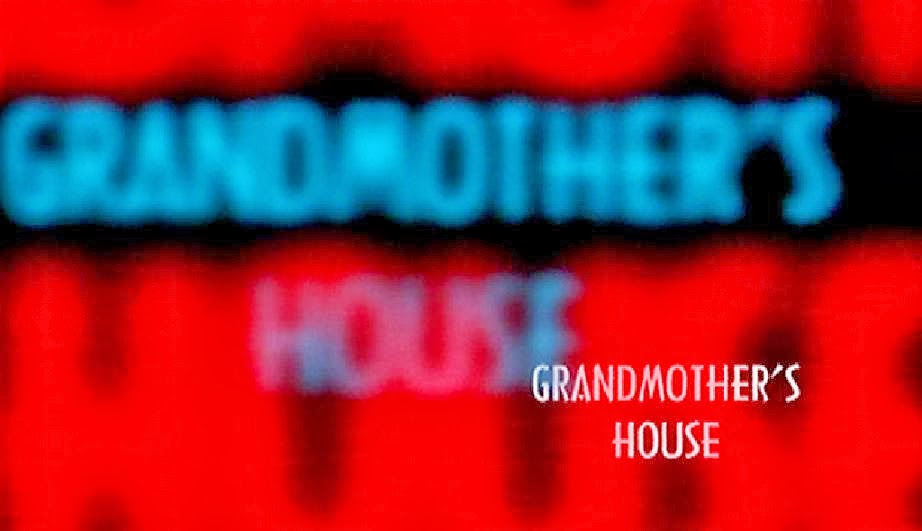 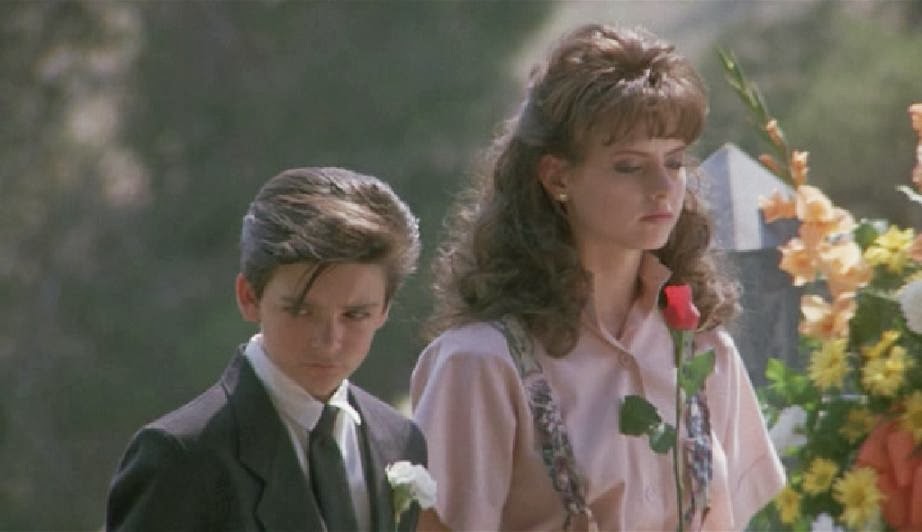 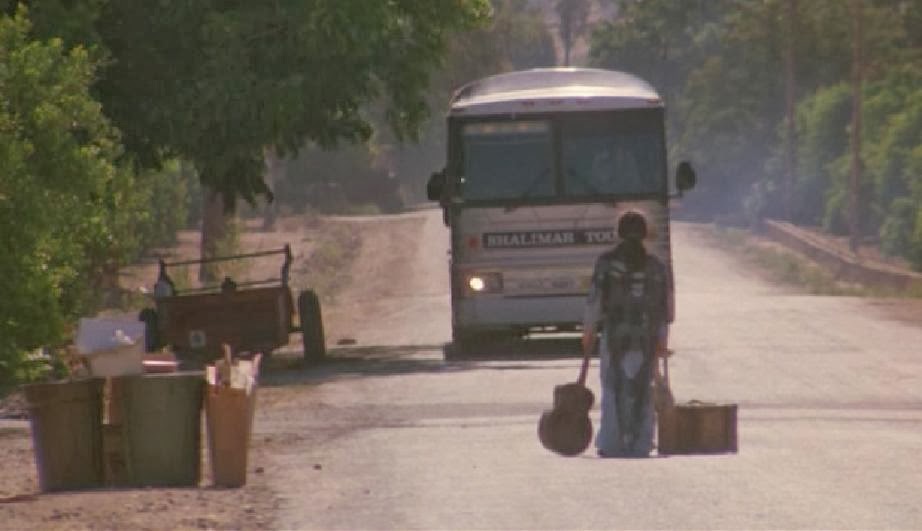 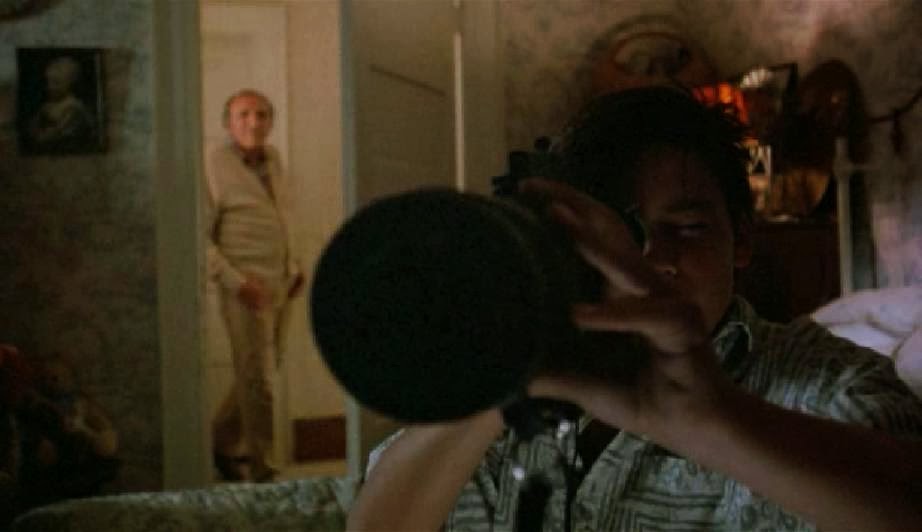 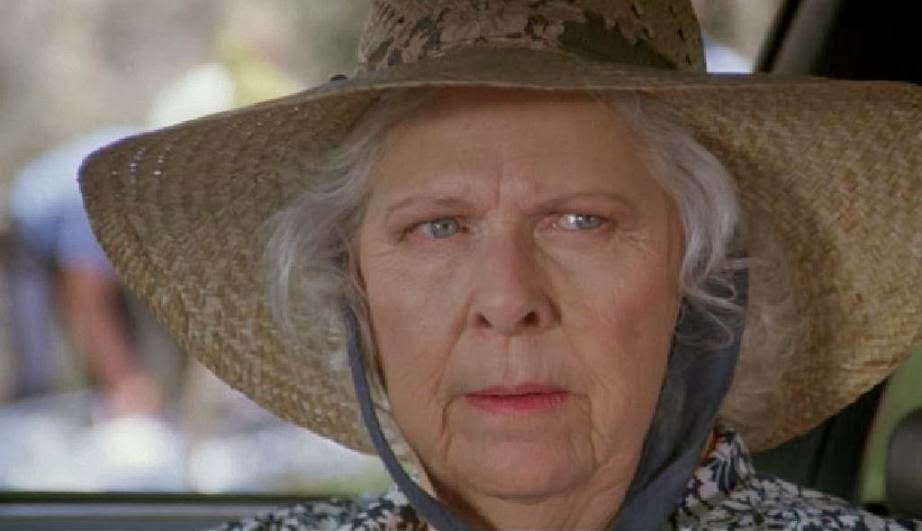 The strange woman turns up several more times lurking around, but the action takes a strange turn when David stumbles upon gramps beating the lady over the head with a shovel and granny burning her clothes in a barrel before they drag the body into the basement. When he thinks the coast is clear, David heads downstairs and finds the woman unconscious inside a refrigerator. Spike catches him, sends him to his room and then tries to quickly get the neighbors (who've come over for dinner) to leave so he can take care of business. David manages to escape the house out of attic window and eventually bumps into his sister, who's been out on a date with an obnoxious suitor she met at the pool. They find the woman alive and handcuffed to the steering wheel of an old truck in the garage, accidentally give her the keys and then the chase is on. Who is this mysterious woman? Why is she stalking them? And why were the grandparents trying to handle this situation by themselves without any help from the police? 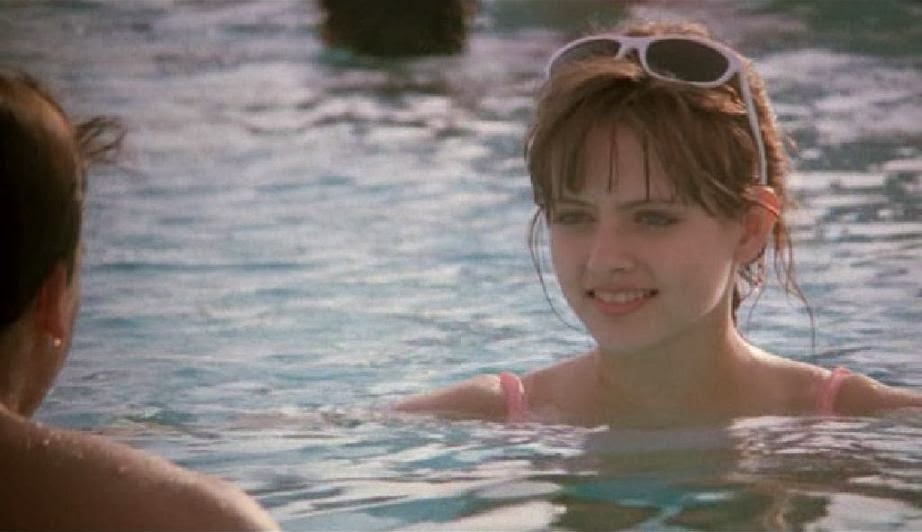 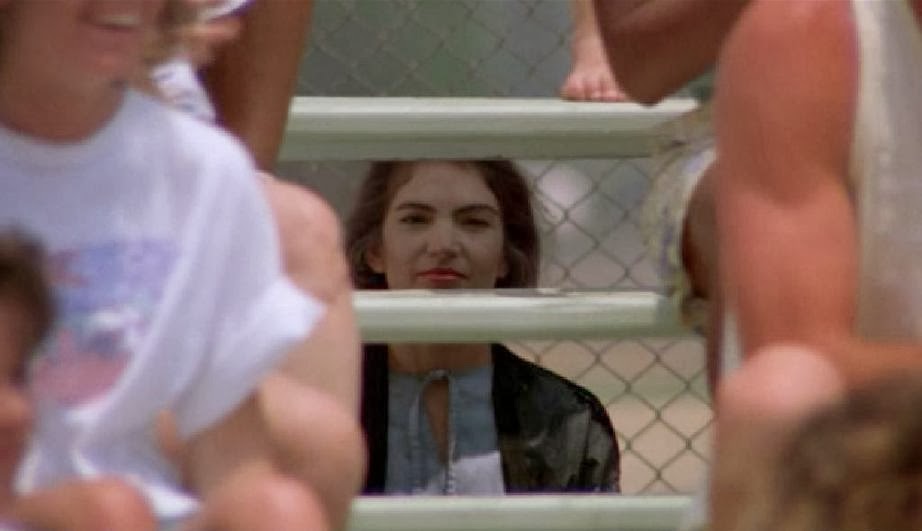 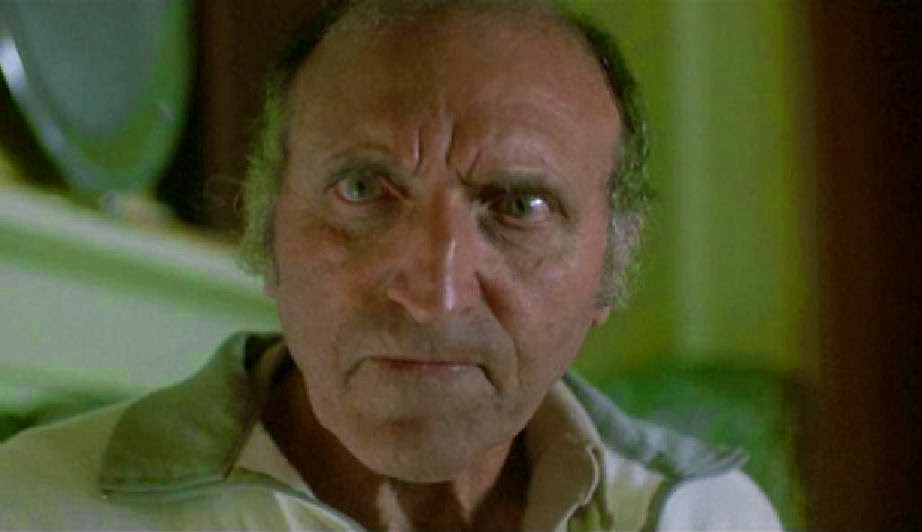 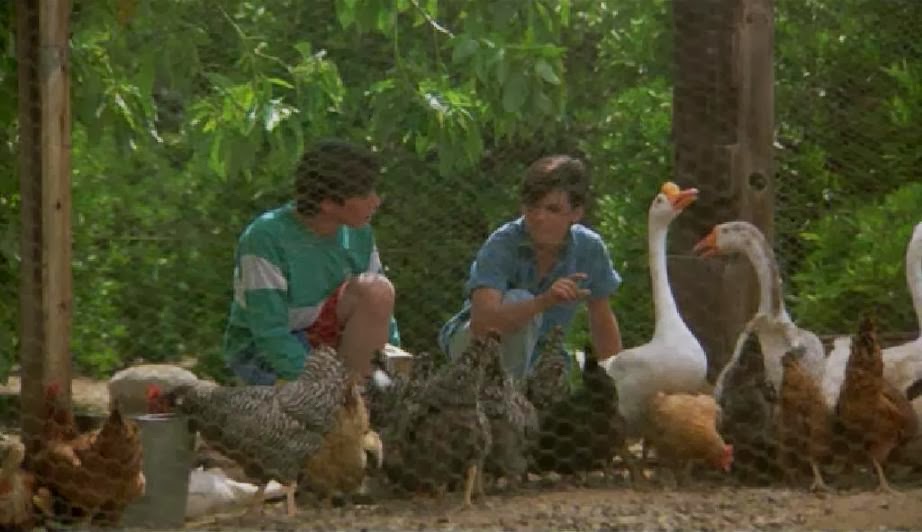 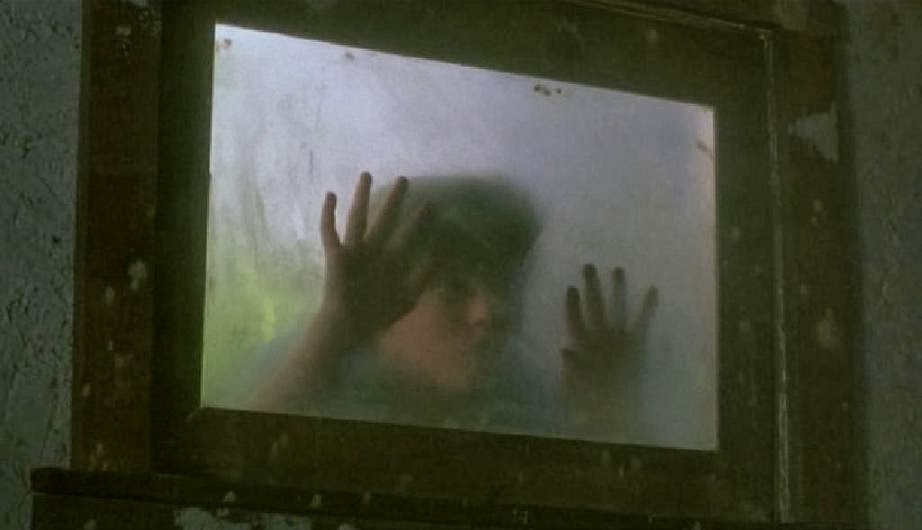 This is a professionally put-together, well-produced film with good cinematography, editing and music, and with an accent placed on mystery and suspense over blood and violence. It's quite odd though in how uneven the whole thing is. For the first half hour it's pretty average and then it suddenly becomes really good for about 40 minutes and then it becomes extremely messy and silly right at the very end. Credibility gets thrown out the window as the characters keep leaving each other alone for no good reason, David blindly shoots at someone standing right outside the front door and then sets off a rocket downstairs just because he hears a noise down there. A sick twist grafted on at the last minute doesn't really work either. Still, there's enough good stuff in here to merit a watch. After the plot is slowly established, this delivers some strong, if not excellent, set pieces. One has David up on the home's roof trying to hide from his shotgun-toting grandpa. After almost falling off several times he finds himself trying to stay quiet while dangling from the gutter while his grandparents are right underneath him trying to transport the woman's body to a new location. This also boasts some exciting chase sequences of the mystery woman pursuing the kids through the orchards (on foot and while driving the truck) as well as some effective jump scares and startles. 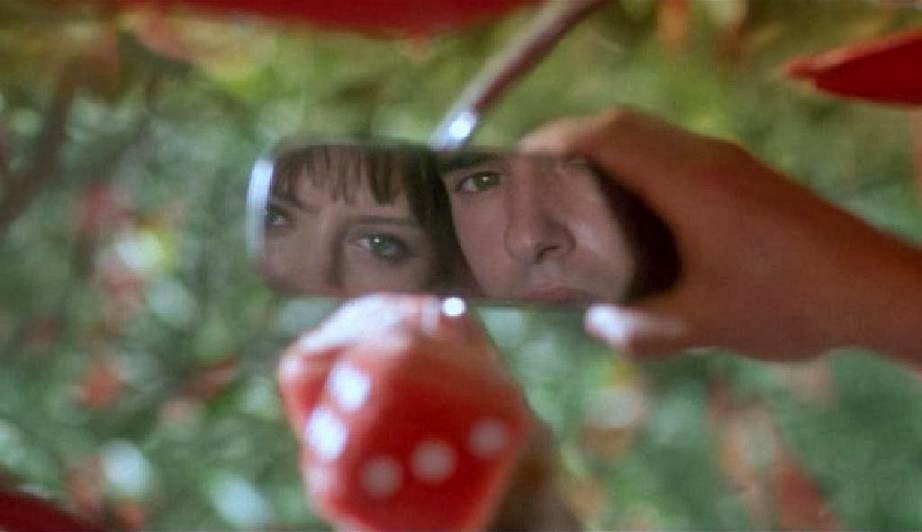 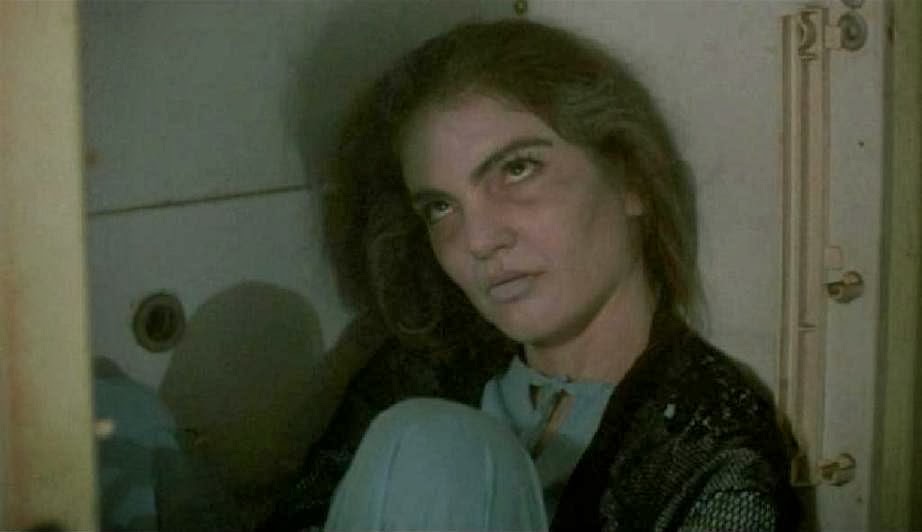 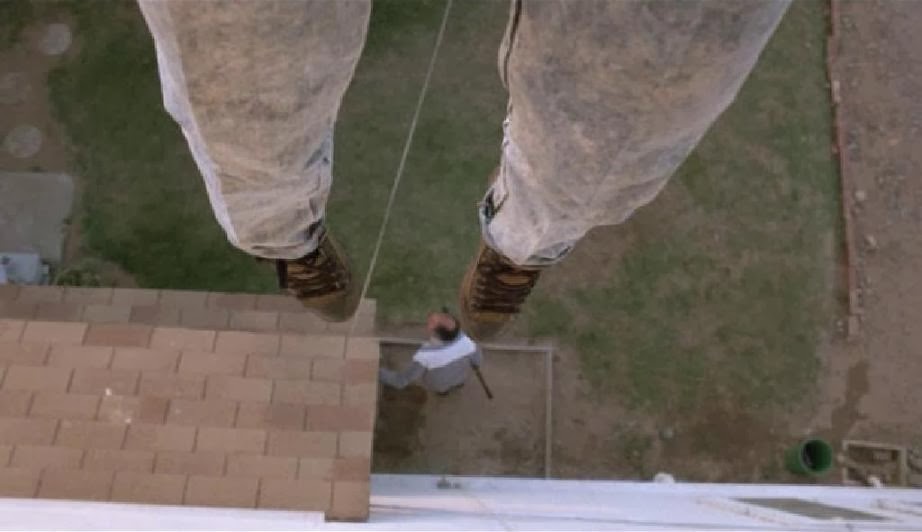 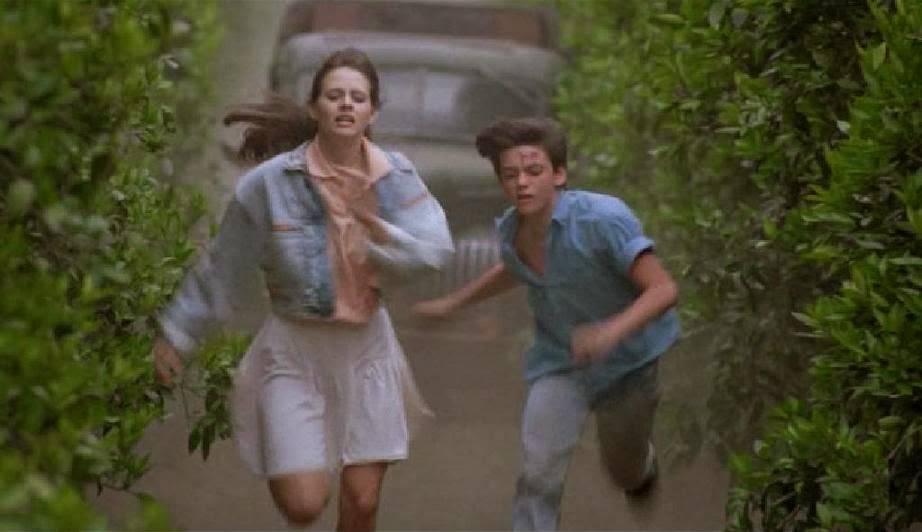 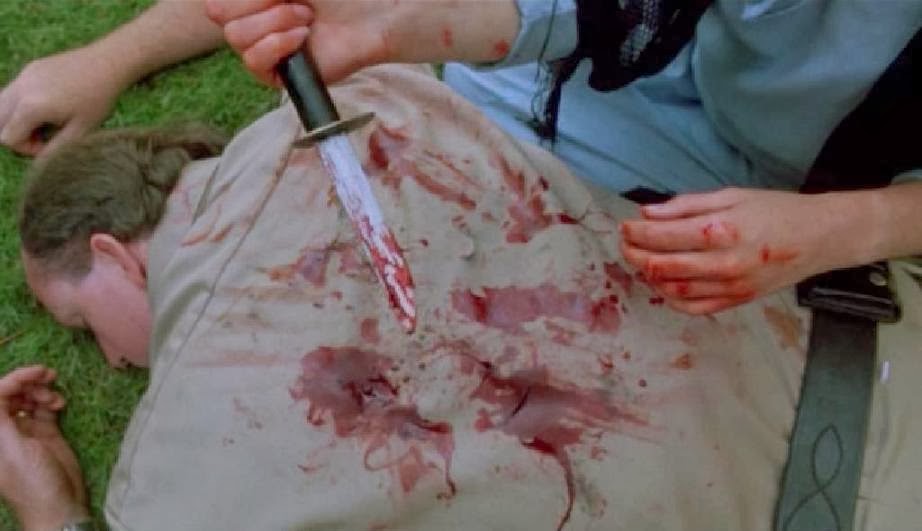 The acting is wildly uneven by nearly all involved, but that's not too difficult to ignore... especially after we no longer have to deal with Ida Lee's bizarrely stilted line delivery. Lesser (who also appeared in SORORITY GIRLS AND THE CREATURE FROM HELL before landing a better-known gig on Seinfeld) and young Foster both do decent enough jobs, but perhaps the biggest surprise of all is Stevens. Usually cast in sexy roles in silly, low-grade 'B' movie cheesecake, Stevens is given a completely serious, de-glammed and fully clothed part for a change and actually does a pretty good job with it. The only other cast member genre fans are likely to recognize is Angela O'Neill, the star of Sorority House Massacre (1986), who has a small part as the neighbor's daughter. 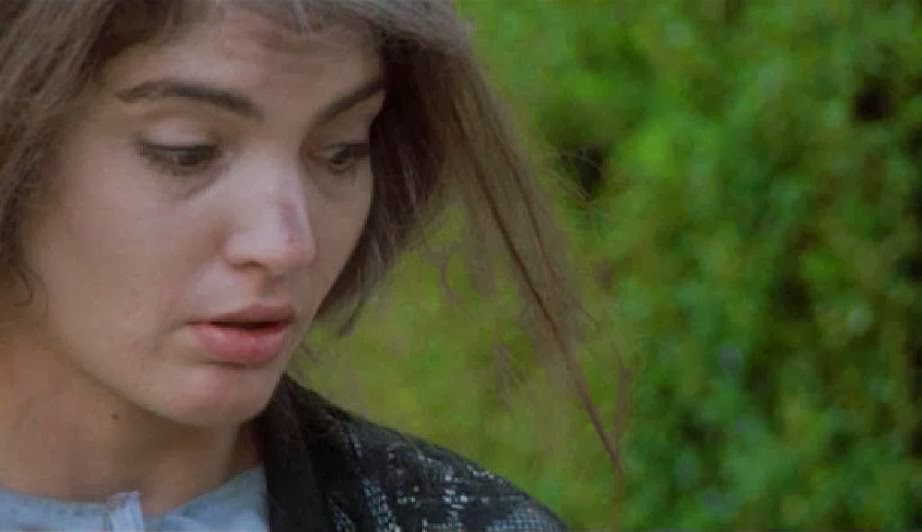 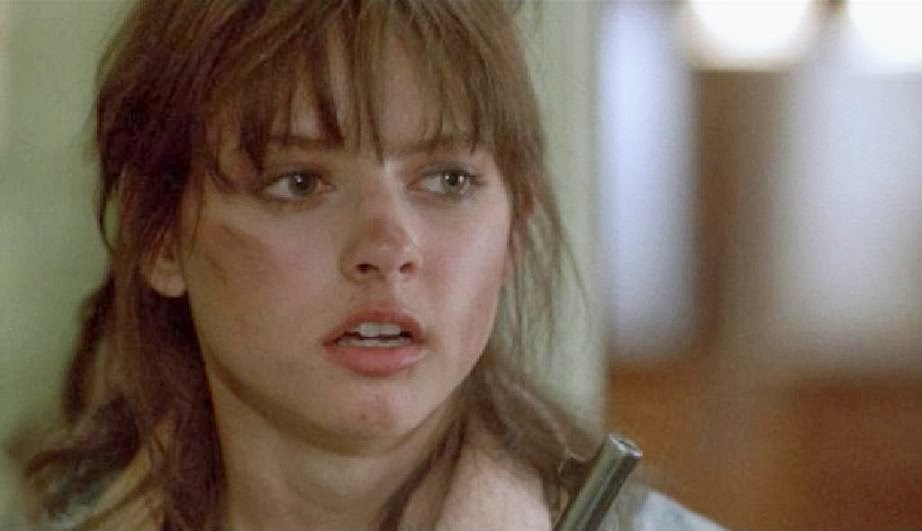 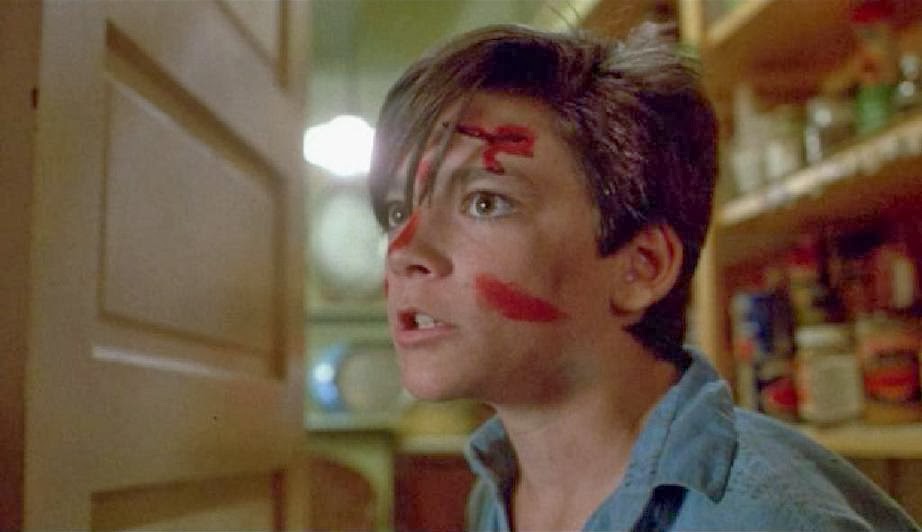 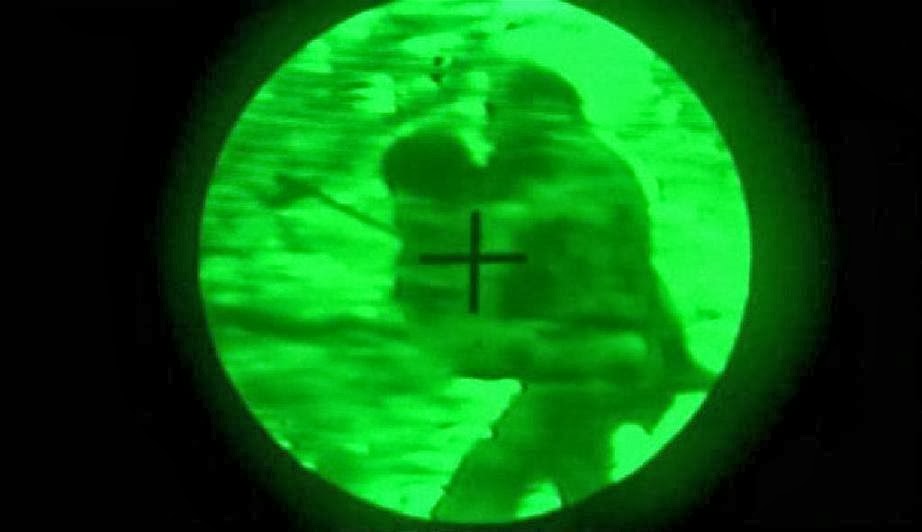 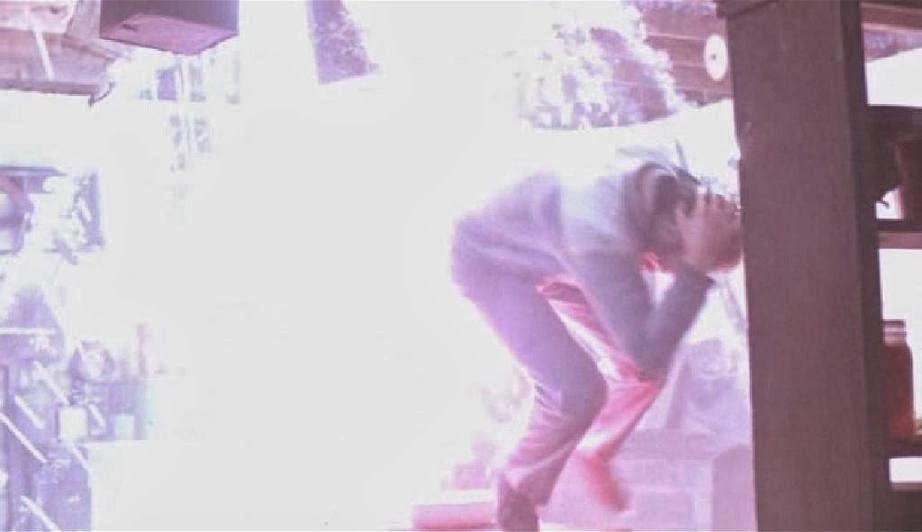 Grandmother's House was produced by Nico Mastorakis, who's perhaps best known for the tasteless, over-the-top Greek shocker Island of Death (1977). He's also listed in the cast as playing a "Relay Judge," though I don't recall ever seeing a judge character at any point in this film. Mastorakis also worked on numerous other films throughout the 80s and early 90s, including Blind Date (1984), The Zero Boys (1986) and Nightmare at Noon (1988). He teamed up with director Rader the following year for the action film Hired to Kill (1990).