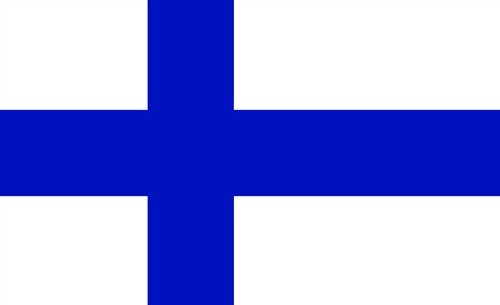 FINNISH HORROR [1950 - 1990]
A Wiki page dedicated to Finnish horror has an index containing six titles, only two of which were made before 1990. IMDb does a little better job, turning up six pre-1990 feature films and two TV movies. Poking around I was able to turn up a few more for a grand total of ten films made between 1950 and 1990.
Tracing back Finnish horror to its roots, we first have to go all the way back to 1927 with the silent Noidan kirot (“Curses of the Witch”) from pioneering director Teuvo Puro. Puro had previously made 1907's Salaviinanpolttajat / "The Moonshiners"; a 20-minute comedy short that was also Finland's very first feature film, as well as Sylvi (1913), which was Finland's first full-length feature film. While his lone genre effort is widely considered the first Finnish horror by historians, a previous 1923 fantasy film, Rautakylän vanha parooni (“The Old Iron Baron of the Village”), is sometimes also considered. These were also the only genre films out of Finland for awhile. There wouldn't be another until the ghost film Linnaisten vihreä kamari ("The Green Chamber of Linnais") two decades later. 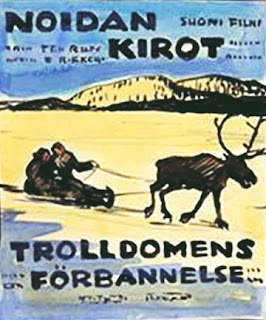 Moving on to 1952 we have a pair of horror films. First and foremost is the brilliantly-shot and wonderfully Nordic The White Reindeer, which is filled with dark imagery that practically leaps off the screen since it's set against a snowy white backdrop and became an unlikely cross-over success that won the Best Foreign Language Film Golden Globe and a major award at Cannes. And then there was Noita palaa elämään (aka The Witch, or Return of the Witch) which may have been less artistically accomplished but was still adequately atmospheric. It was also a hot export due to its sexually frank nature and the fact it contained numerous nude scenes from its female star, which eventually got this booked in U.S. theaters as an "adults only" skin flick (center image below) with the tagline "See this startling fantasy in naked reality!" I'm forever grateful that this pair of films exist because 1952 is, globally, pretty slim on horror films otherwise. Two years later there was a ghost comedy (Kummitus kievari / “Ghost Tavern”) and then... barely anything... for decades. In fact, the countries entire film industry hit a slump for awhile. Many blame the rising popularity of TV for this dry spell.

It wouldn't be until the mid-80s that a few other genre features emerged. The Finnish commercial TV network Mainostelevisio made the ghost tale Yöjuttu: Merkitty (1984) and the four-part miniseries Painajainen / "Nightmare" (1988), which involves an amnesiac uncovering horrifying secrets about his life. The same year as the latter came the theatrical release The Moonlight Sonata from Olli Soinio, which is highly derivative of American slasher movies (most notably The Texas Chainsaw Massacre) and unfortunately filled with forced camp comedy. Soinio had previously made the 23-minute short Transvestijan tarinoita ("Tales of Transvestia"), a monster movie parody, which is thus far the only Finnish horror from the 1970s I've been able to unearth.
There were around a half dozen 90s releases, including Soinio's Sonata sequel Kuutamosonaatti 2: Kadunlakaisijat (1991), which was called Army of Zombies in the U.S. and Germany. More recently, well-received genre films like Sauna (2008), Rare Exports: A Christmas Tale (2010) and Euthanizer (2017) make the occasional ripple, though The White Reindeer remains the major highlight here.
__________________________________________________
1950s 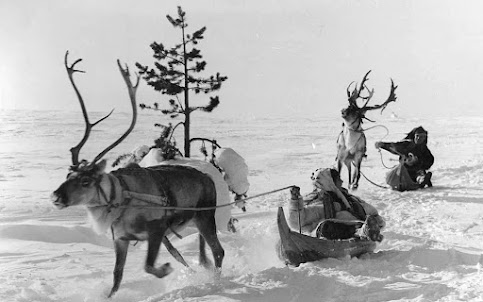 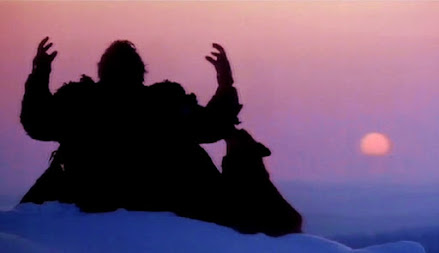 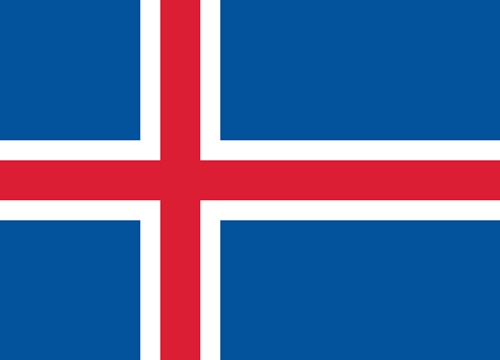 ICELANDIC HORROR [1950 - 1990]
As you can probably imagine from the most sparsely populated country in Europe (just 3.5 people per square kilometer), the Nordic island of Iceland has a rather small film industry; so small that they didn't even have their own film awards (the Edda Awards) until 1999. And if we're talking internationally-known chief entertainment exports, those would include pop singer Björk and Gunnar "Leatherface" Hansen, who was born in Iceland but immigrated to the U.S. at age 5 with his family, rather than the scant horror films produced in the country. To my knowledge, none of the films below were ever released in the U.S. except for The Juniper Tree, which was filmed in 1987 but not released until 1990 when it played film festivals in Los Angeles and elsewhere. It was also the first acting role for - here's that name again - Björk. Björk also had the female lead in the bizarre Glerbrot / Broken Glass (1988) a year later, which means with just two credits she starred in over 20% of the countries early horror films and even those are only partially horror. Since 1990, Iceland has produced or co-produced quite a few horror films though, with Óskar Thór Axelsson's I Remember You (2017) being a standout. Still, the pickins are very slim in the early years.
Iceland's very first horror film was Hrafn Gunnlaugsson's Blóðrautt sólarlag ▼ (given the English titles “Blood Red Sunset” or "The Crimson Sunset"), which all but disappeared after being shown on TV in 1977. It, like six of the eight films listed below, was made for the public TV network Ríkisútvarpið-Sjónvarp (RÚV). According to the English-language Icelandic paper The Reykjavík Grapevine, the film was met with some controversy upon release, with some viewers irate that taxpayer money funded a horror film while others were thrilled to finally see an entirely homegrown genre film, especially one incorporating elements of Icelandic folklore. Still, this and most of the other titles listed below have never received a legitimate home video release. Gunnlaugsson himself used to sell Blóðrautt on his website but it appears to have been pulled from circulation. He's also uploaded his Vandarhögg / "Whiplash" (1980) onto Youtube, though there are no English subtitles. 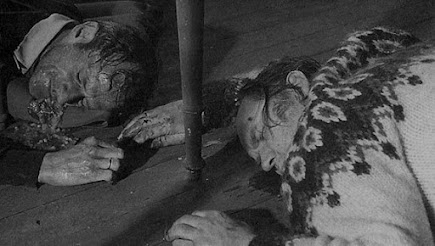 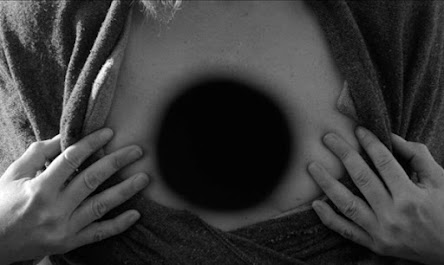 TOTAL FILMS:
9
NOTES:
- I've seen The Juniper Tree classified as a "eerie witchcraft drama" but I'm holding off judgment as to whether it's "horror enough" for this website until I get a chance to actually watch it.
- Blóðrautt sólarlag is available on DVD-R with English subtitles from some bootleg outlets using the title The Crimson Sunset. Don't want to promote these outfits by name as I can't vouch for the quality of their release; just putting it out there that an English version is available.
- Not had much of a chance to comb through the Icelandic films classed as "thrillers" so there's a possibility a few others may qualify for this list.
- A 1950 film called Síðasti bærinn í dalnum (“The Last Farm in the Valley”) is set on a remote farm and includes a big-nosed troll menacing a family plus heroic elves. It is classified as drama / family / fantasy on most websites so I'm leaving it off of here.
- Also need to keep an eye on 1982's Sóley (aka The Hidden People of the Shadowy Rocks), which looks to be a bizarre surreal film with ghost / horror elements. I only had a 2 minute trailer to go by. It has English subs which clearly means a full version with English subs is out there somewhere.
__________________________________________________
Any comments, corrections or additions (I'm always looking for these) are always more than welcome so please drop a message down below if you've got anything to say or anything to add to the list.
Posted by The Bloody Pit of Horror at 2:12 PM No comments: