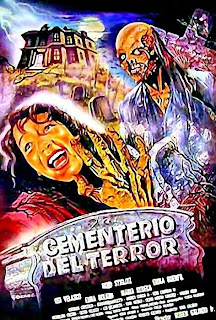 It's Halloween, and some college medical students decide to dissuade their girlfriends from going to a rock concert by promising them an evening at a "jet set party" instead. Little do the ladies know, but instead of hobnobbing with celebrities, doing photo ops for the press and spending their evening sipping martinis in a luxurious setting, they'll be fending off their horny loser boyfriends in a dusty old abandoned mansion instead. Meanwhile, nightmare-plagued head-shrinker Dr. Camilo Cardan (Hugo Stiglitz) gets word that one of the patients he's been treating has just died. The patient - Devlon (José Gomez Parcero) - had killed seventeen people, including his own parents, and is rumored to be into the black arts. Camilo insists the patient be cremated because Devlon is actually a demon, but his superiors overrule him and decide on a burial instead. Guess whose mansion the teens decide to break into? The ladies are too pissed off about being tricked to comply with their boyfriends wishes, so one of the guys - Jorge (Cervando Manzetti) - goes to the attic and finds a book with the name "Devlon" etched on front. He brings it downstairs, then comes up with a brilliant idea: How about they steal a corpse and then try to resurrect it using the Satanic book? 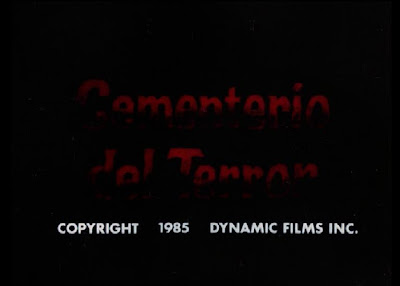 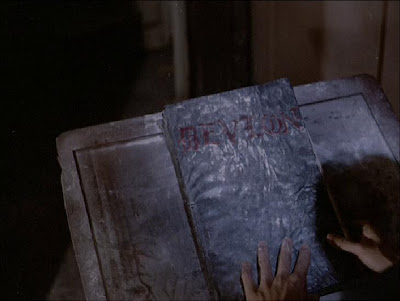 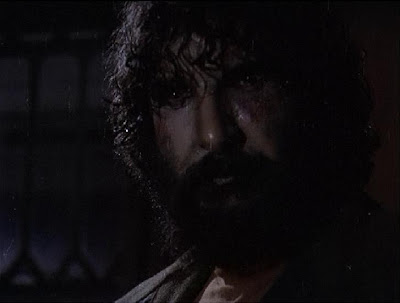 The guys amazingly manage to sneak into the morgue undetected and even more amazingly (and randomly) manage to snatch Devlon's corpse. They then take it to a cemetery and begin reading from the book, but a sudden rainstorm puts a damper on their plans and they take off, leaving the body behind. Devlon (who has supernatural abilities) rises from the grave and decides to head on home to quickly kill off all six of the teenagers. They're clawed, have their guts ripped out, one is forced to sink an axe into his own head and another is disemboweled with a broken bottle. With who we thought were going to be our main characters all dead at around the one hour mark, the movie suddenly switches its attention over to five young trick-or-treaters, two of whom are the children of Police Captain Adam Ancira (Raúl Meraz), who's been palling around with Dr. Cardan trying to locate the missing stiff (and the kids). The little ones have been out too late, and make the unwise decision to go to the foggy graveyard... just as a bunch of zombies are rising from their tombs; called forth by Devlon and his big black Satanic book. 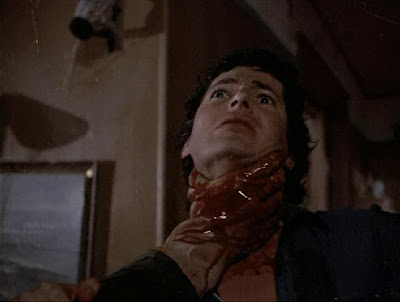 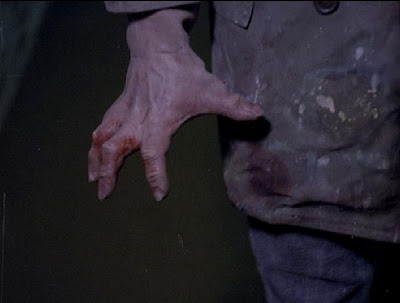 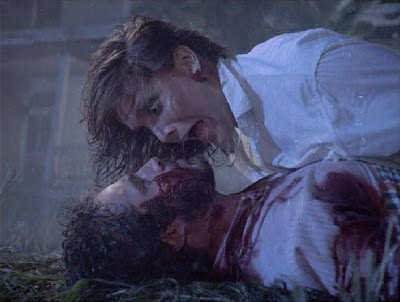 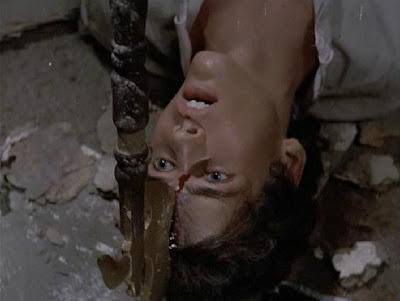 Definitely not for those who are sticklers for realism (or details). Though it takes place on Halloween night, supposedly the resurrection spell read from the book only work on the sixth day of the sixth month. It's stated early on that Devlon must be cremated, but then that switches over to simply burning his book by the end (one of many ideas swiped directly from THE EVIL DEAD). I also wasn't quite sure why Devlon had stubby, webbed fingers. The tone might also be an issue for some people. It begins as a teen supernatural slasher flick with a decent amount of gore and ends as a much-less-violent zombie movie with little kids running around the foggy cemetery and house trying to avoid being killed. Dr. Cardan eventually shows up to help them. 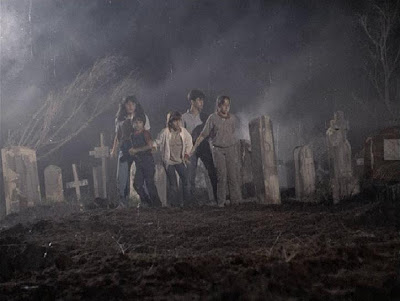 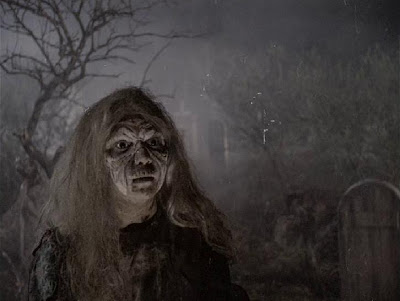 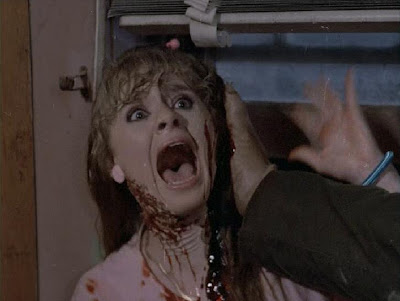 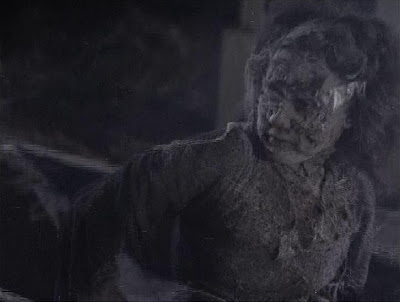 It seems the reaction to this one is pretty mixed. People seem to either love it or hate it. Me? Well, I had a blast with it. The film actually takes itself pretty seriously, but it's inescapably silly, regardless. I much prefer that effect to something like, say, RETURN OF THE LIVING DEAD, PART 2 (1988), where the cartoonish comedy is in your face the entire time. The dead-rising-from-their-graves sequence, with zombies crawling out of the ground and busting through tombs, all accompanied by lots of fog and red light shining up from under the ground, had this wonderful funhouse feel to it. There's plenty of blood (particularly in the first half), the zombie designs are very good, it's fast-paced, oddly charming, full of action and, though the acting isn't spectacular, the whole cast really seem to be into it. Hell, I didn't even mind the kid characters in this one! 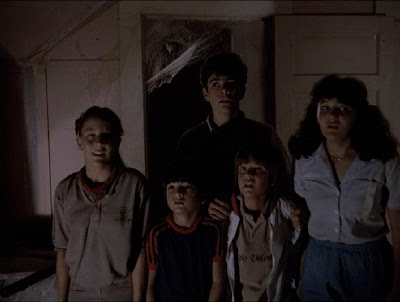 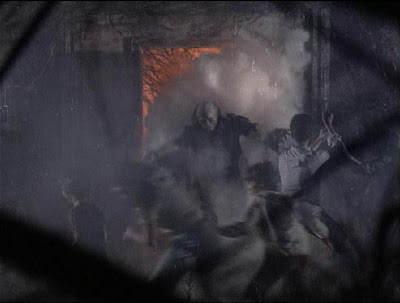 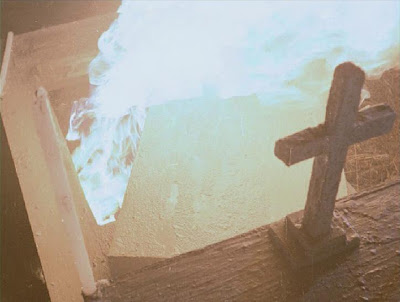 René Cardona III (the son of René Cardona Jr., and grandson of René Cardona; both prolific Mexican directors) and Andrés García Jr. (son of actor and Mexi heartthrob Andrés García) are also in the cast. Three of the actresses (Edna Bolkan, Erika Buenfil and María Rebeca) would also appear in director Galindo's GRAVE ROBBERS (1990). Galindo (who now produces reality TV in Mexico) also made the OUIJA board chiller DON'T PANIC (1988) and the toxic mutated vermin sci-fi/horror DEMON RAT (1992). All of the above were released to DVD by Deimos on their Crypt of Terror line.