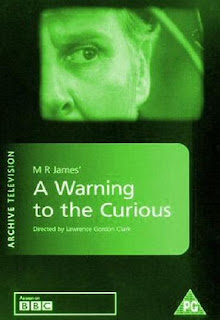 Part of the annual BBC series A Ghost Story for Christmas, which lasted from 1971 to 1978 and debuted a new supernatural tale (running from 30 to 50 minutes apiece) each year around Christmastime, Warning was the second of these TV specials. It was preceded by The Stalls of Barchester (1971) and followed by LOST HEARTS (1973), The Treasure of Abbot Thomas (1974) and THE ASH TREE (1975) - all from director / writer / producer Lawrence Gordon Clark and all based on stories by famed British author M.R. James - as well as THE SIGNALMAN (1976), which was also directed by Clark but based on a short story by Charles Dickens, STIGMA (1977) - again from Clark but based on an original screenplay by Clive Exton and finally THE ICE HOUSE (1978), which was directed by Derek Lister and based on an original screenplay by John Bowen. The series lied dormant after that for nearly two decades, but was revived once again in 2005 for BBC Four. Warning now stands as the crown jewel in the entire early series. Not only is it the clear best of the lot, but I also consider it one of the scariest films I've ever seen. 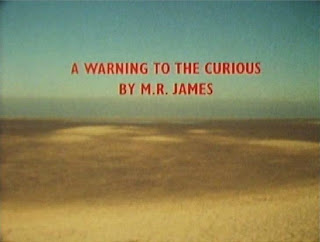 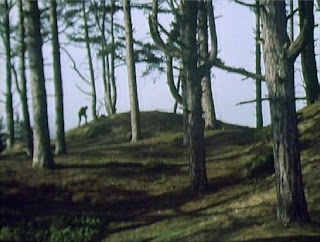 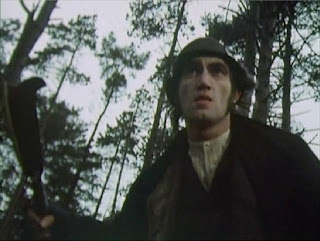 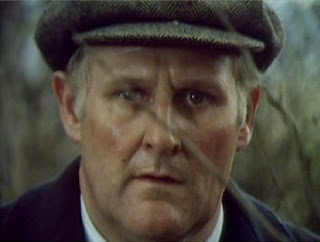 According to legend, in the Dark Ages three sacred crowns were each buried in three separate places to protect villagers from an onslaught of Vikings who'd been terrorizing the land. As long as the crowns lie undisturbed, the land would be protected. Since then, one of the crowns had been found by thieves, who had it melted it down for the gold content, another was lost to the encroaching sea and the third has somehow managed to stay buried and undiscovered for all this time. An archaeologist (Julian Herrington) who's out excavating a plot of wooded land near the sea thinks he's going to find it. That is, until a strange, cloaked man named William Ager (John Kearney) mysteriously pops up and warns him "No digging here!" When his warnings are ignored, Ager picks up a sharp blade and starts hacking into the intruder. 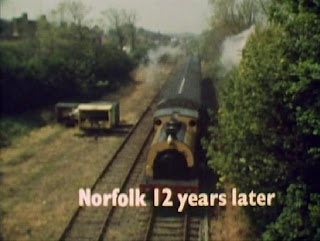 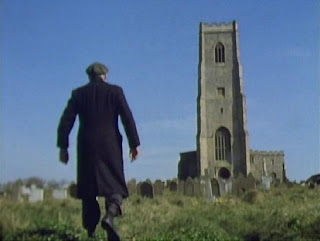 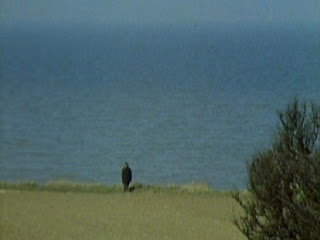 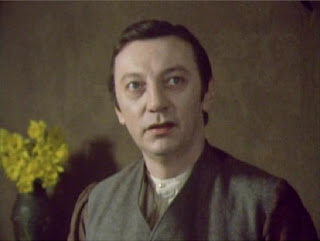 Twelve years pass and Mr. Paxton (Peter Vaughan) arrives from London via train to the same secluded area of Norfolk (a popular tourist spot on off-season because it's winter) neat where the previous events took place. He gets a room at a nearly vacant, seaside hotel and then sets about exploring the Anglian legend in a small local village in Seaburg. The down-on-his-luck, unemployed former blue collar worker Paxton, only an amateur antiquarian, is hoping to turn his life around by locating the crown and prove "you don't have to have a string of letters after your name to be recognized." He goes to a cemetery and learns from the vicar (George Benson) that William Ager, a mentally-disturbed man rumored to be the crown's last "guardian," has long since passed away. Then it's off to an antique store, where he finds a book that belonged to the Ager family. From that, he's able to find Ager's former home, and learns from the young woman who now lives there that there was a specific plot of land near the home that Ager spent most of his life guarding. 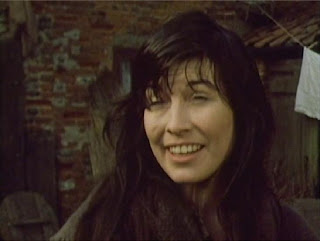 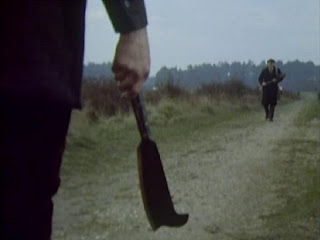 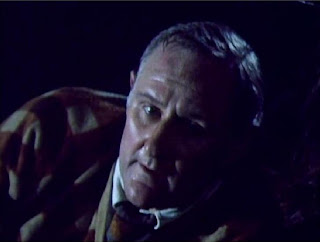 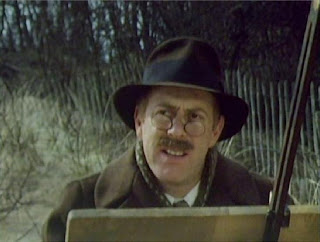 Equipped with all of the information he needs, Paxton now knows just where to start digging. He isn't, however, wise enough to heed the ample warnings that he shouldn't be doing so. Not only does he ignore the legend and what the crowns represent, but he also has been spotting a figure cloaked in black silently, ominously standing off in the distance watching his every move. The night before he leaves, someone even sneaks into his room, cuts up the Ager family book and leaves his razor threatening sitting on the pages right under William's name. Still undeterred, Paxton sneaks out of the hotel late one night, goes to Seaburg, begins digging and finally locates the fabled crown. But the entire time he feels the presence of someone watching... someone drawing closer...

A perfectly-realized ghost story with no bells and whistles, no gore, no needless filler and no special effects. Instead this offers up excellent direction, fine performances, a low-key, otherworldly score punctuated by frantic violins and stark, low-budget 16mm photography that manages to brilliantly draw the eerie supernatural elements of the story out of the everyday world. I doubt you'll see many movies that utilize barren landscape as well as this one; which it does to creepy effect throughout. We only really see Ager in the brief opening sequence and from there on out, he's mostly seen as a silhouette in the distance, but his black garb and cape-like coat make him stand out prominently from the blue ocean waters, light sandy beaches and fields of long, dead, brown grass. Other shots of Ager chasing our protagonist around have been cleverly blurred to obscure him; turning him more into a faceless force of nature like the wind that blows through the tree limbs to signify his presence. The sounds of hoarse breathing can sometimes be heard and Ager's ghost can sometimes be seen by people, but he can disappear just as quickly. 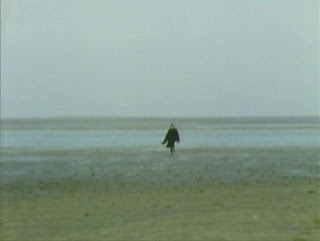 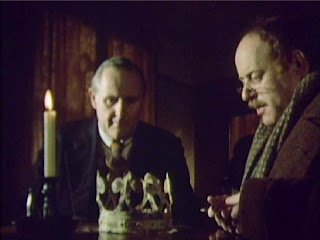 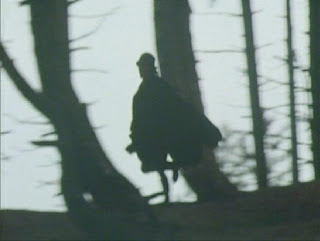 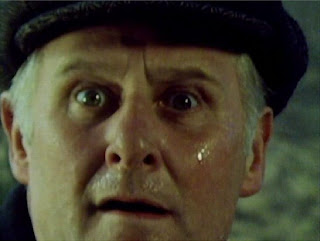 The following year, Vaughan appeared in THE RETURN (1973); an excellent and, sadly, seldom seen 30-minute ghost story based on a story by Ambrose Bierce. Clive Swift (who'd previously appeared in the Stalls of Barchester entry as well as the great BBC holiday horror DEAD OF NIGHT: THE EXORCISM [filmed the same year]) co-stars as the only other guest in the hotel: a doctor there to get away from his wife and sketch.

BBC has issued this one on VHS and DVD. It's also available in a box set with the other titles in the series.