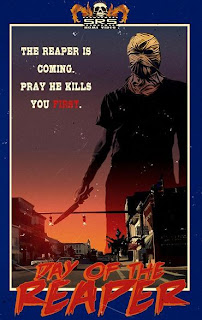 
Florida native Timothy Gordon Ritter began making a name for himself toward the end of the decade (at least to fans of low-budget regional productions) with such gory efforts as TRUTH OR DARE? A CRITICAL MADNESS (1986) and KILLING SPREE (1987); both of which received decent distribution deals during the VHS era. Before any of those, Ritter had sharpened up his skills with a Super 8 camera; making many shorts and finally this 75-minute slasher flick that's been inspired by Halloween, Friday the 13th, The Hills Have Eyes and numerous other then-popular films. Reaper was filmed while Ritter was still a teenager and, needless to say, the cast is comprised of non-actors (most are the director's friends), the budget was nonexistent (around 1,000 bucks), the photography and editing couldn't possibly be any worse and all of the sound was ineptly dubbed in later on. Supposedly the original video transfer was made by videotaping the projected image out of a shoe box! That all said, this is pretty much only of interest for completists and fans of this director to see how much he's improved over the years. The folks who distributed it (Sub Rosa) were at least kind of enough to add trivia about the production throughout the movie to keep us distracted. 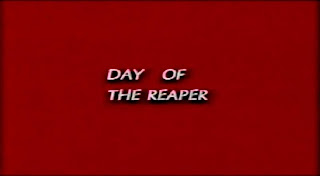 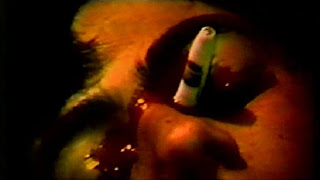 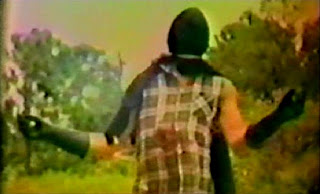 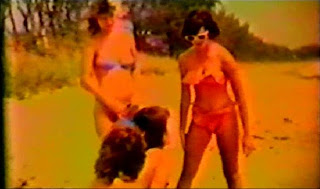 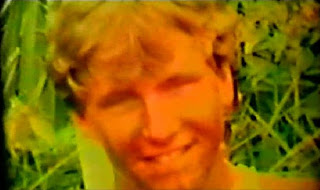 At the Sunnyville Mental Institution in Sunnyville, Florida, a pair of orderlies have to transport a prolific serial killer nicknamed "The Reaper" (Todd Nolf) somewhere to get his just dues in the electric chair. While on a back road, the killer jabs a pen in one's eyeball and slits the other's throat with a razor blade (where did that come from?) then escapes into the woods. I will stop right here and add that the psycho is already clad in black boots, black gloves, a flannel shirt and has a black hood over his head as he's being escorted out of the mental institution. Ha! We then get a long and tedious scene of a survivor of the psycho's previous killing spree walking around as her voice-over wonders if the killer could possibly escape and come looking for her. Nah! She goes to take a nap on her couch and then we're in flashback mode that explains what happened over a year earlier to her and some of her buddies. 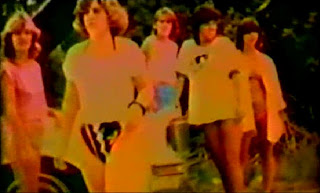 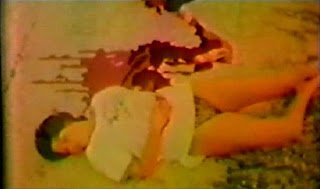 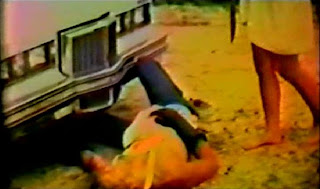 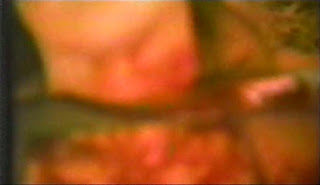 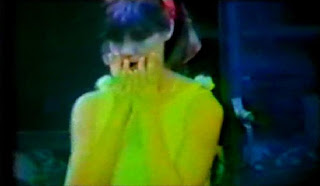 In the flashback scenes, our heroine Jennifer Morgan (Cathy O'Hanlon) and four of her friends; Heather (Cristy Carrington), Cheryl (Sheila Hudson), Julie (Colleen Foley) and Jill (Sherry Gibson), are driving home from a day at the beach when their car breaks down. They're then immediately ambushed by the bloody-apron-wearing killer, who's already killed 40 people and then cannibalized their corpses. Jill gets killed when her arm is ripped off. After hitting the psycho with their car (one girl wants to kill him but another hilariously says "Don't do it. That's going down to his level!"), the others manage to escape. One of the girls goes to see Detective Rosenberg (played by the director), who doesn't do much of anything. The Reaper decides to then slaughter all the rest of the girls. One goes back to the beach all by herself and gets a machete through the neck in a shot so blurry it's even harder to make out than the rest of the film. Next up is a hacksaw to the neck. Another of the girls tries to hide out in a hotel with her husband Don (Brian Todd), but the killer shows up there to gut the guy with a knife while he showers and then strangle her. The detective decides to then use Heather as bait. The ridiculous "trap" they set up in an alleyway is somehow pulled off successfully. 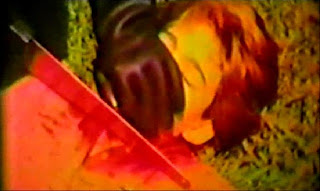 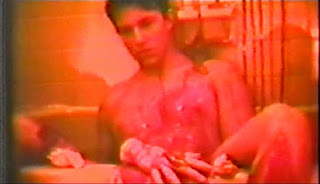 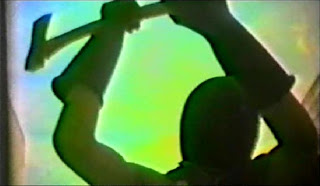 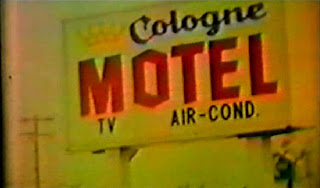 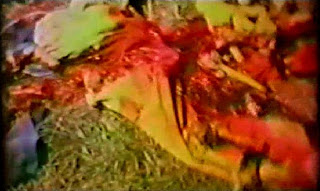 We're then brought back to the present day; 15 months after the original murders, and The Reaper pops back in to chase Jennifer around in the woods with an axe. She gets away again, goes to the detective again and he tells her the psycho didn't actually escape and sends her to see a shrink (Patrick Foster) who turns out to be after the (now we learn) supernatural killer himself. The detective gets dismembered with a machete, someone is stabbed in the crotch, some guy with a white sheet tied over his head does battle with the killer and we learn that The Reaper's heart must be cut out of his chest in order to stop the madness. If you make it all the way to the end you deserve a medal. 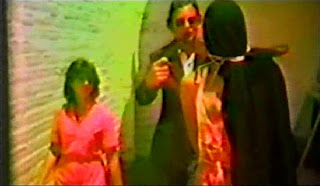 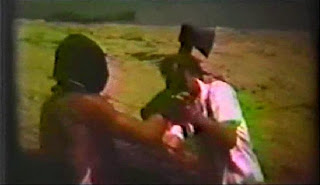 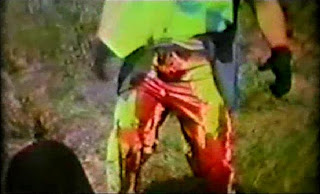 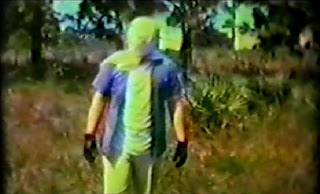 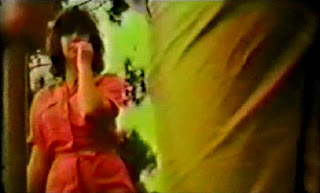 Not many will be able to watch this boring, senseless and thoroughly inept amateur video. Even the running text track (written by Ritter himself), which admittedly helps soften the blow some, keeps saying things like "ZZZZZZ. Are you asleep yet?," "This movie is a good cure for insomnia!," and "Can anyone make sense of this plot???" Somehow using this and its follow-up, the shot-on-video anthology TWISTED ILLUSIONS (1985), Ritter was able to secure a 250,000 budget to shoot Truth or Dare? (one the best-selling made for video horror films of all time according to the trivia). VHS and Beta copies were distributed to independent video stores primarily in Florida. This currently has a rating of 8.1 out of 10 on IMDb. Oh, please.

NO STARS!
Posted by The Bloody Pit of Horror at 9:37 PM 4 comments: