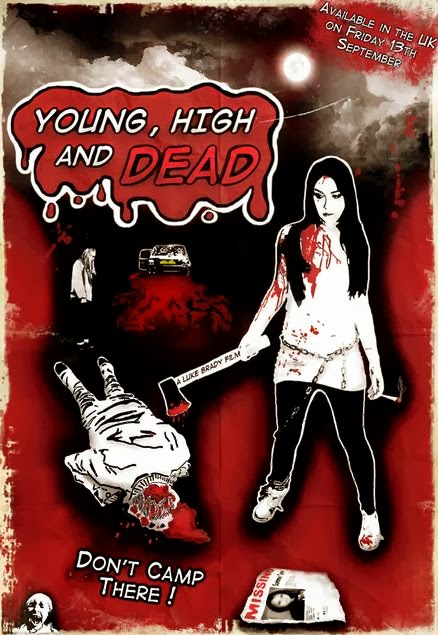 Two twenty-something British couples; Katy (Hannah Tointon) and Dan (Matthew Stathers), and Jenny (Louisa Lytton) and Johnny (Philip Barantini), decide to celebrate the latter's engagement by going on a wild weekend camping trip. They meet up with their buddy Gary (Nigel Boyle), who's just come into some money, at a pub and he's brought along a "box of magic mayhem" in the trunk of his car. Just what is a box of magic mayhem? I'm glad you asked. It's a toolbox full of cocaine, speed, hash, magic mushrooms and assorted other drugs. The gang waste no time snorting some coke standing around in a parking lot in broad daylight. From there, they drive on a ways, park their cars and make a long hike through the woods. All of this is cut with the exploits of a psycho killer (David Partridge) who seems to have a particular interest in little girls. He's first seen using pliers to remove teeth and a hacksaw to dismember a body (all of which takes place off-screen). He goes to a hardware store to stock up on supplies and then abducts a  young girl named Sammie (Lara Wollington) from a playground. While he's disposing of another body in the woods, the couples and their buddy come strolling by. Uh oh. 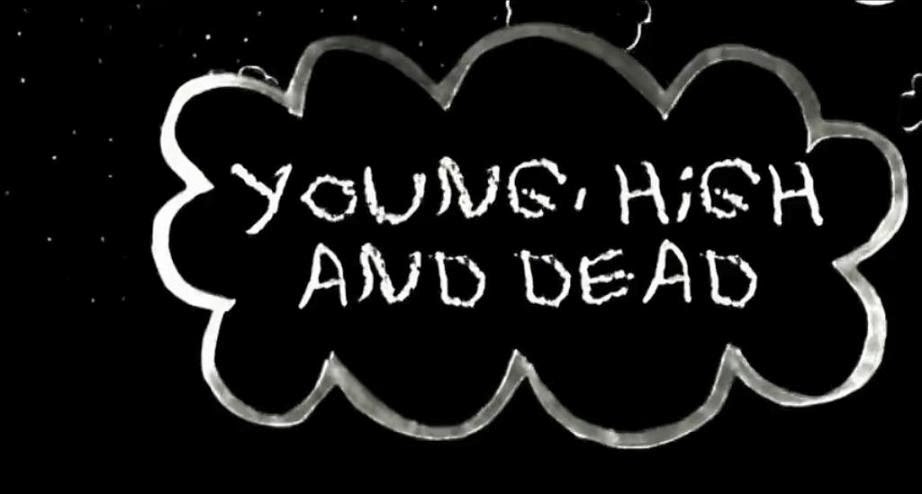 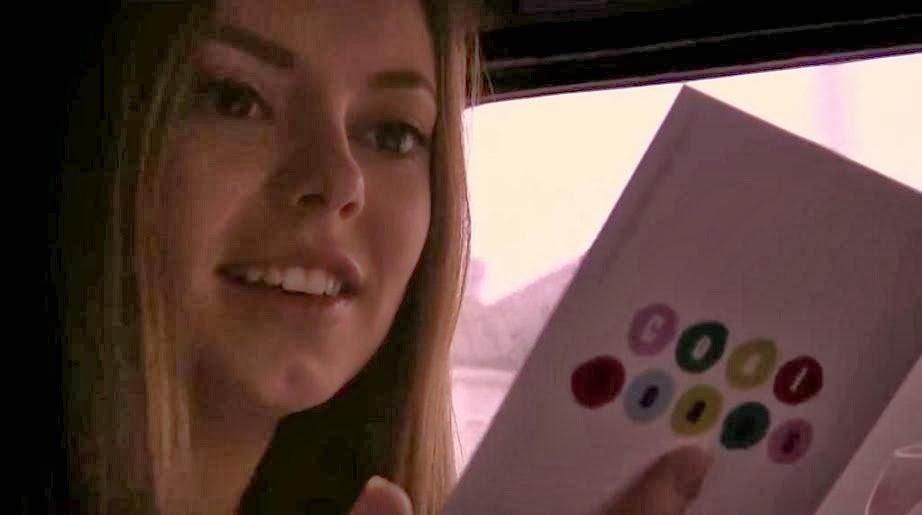 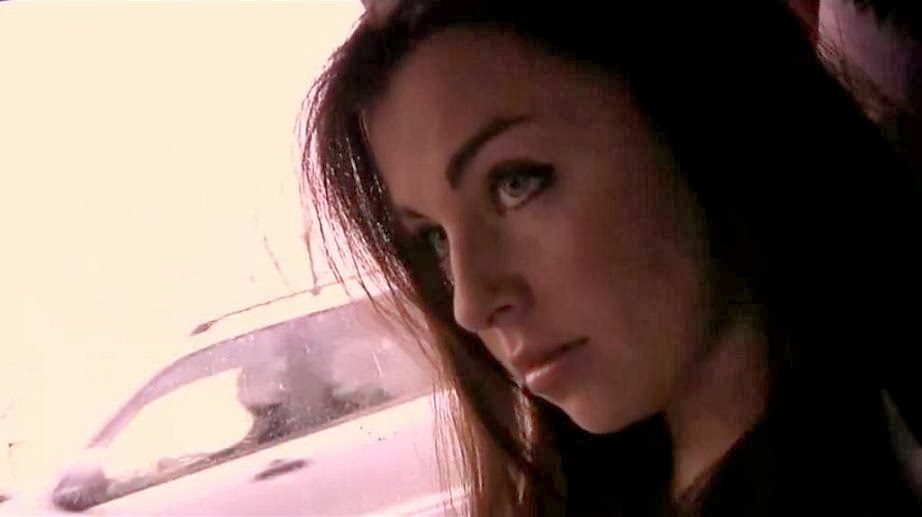 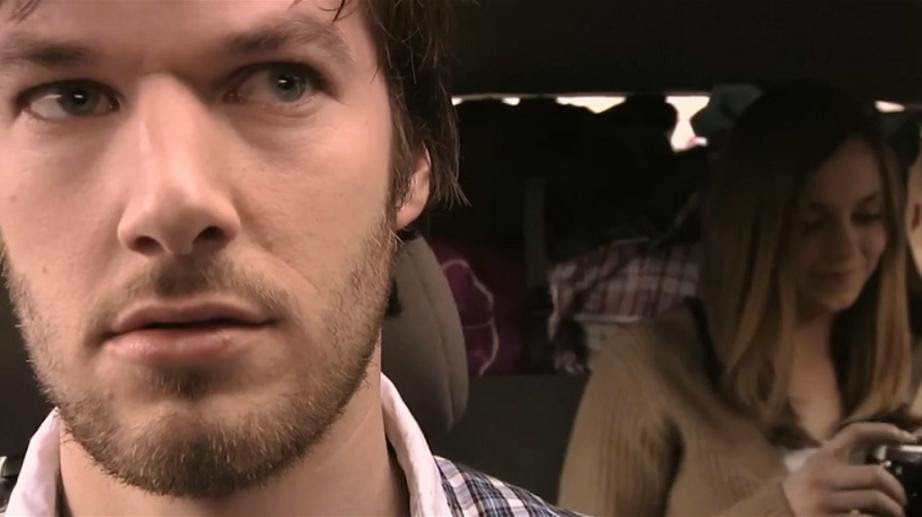 After setting up camp and starting a fire, the gang gets down to business: snorting coke, smoking weed, guzzling beer and wine and each proving what thoroughly obnoxious, self-centered and unlikable people they truly are. And it's at this point I'm wondering to myself: Is this supposed to be some kind of farcical "Just Say No" kind of statement? I mean, the amount of hard drugs these otherwise extremely clean-cut people put away in no short order would be enough to put Keith Richards into a coma. So everyone gets fucked up. They talk, curse a lot, laugh, fight and argue (there's some mild tension because one of the guys has a crush on another's girlfriend) and question why a child's shoe is lying in the middle of the woods before deciding to hit the sack. When they wake up, they all find themselves shackled around the ankle and chained up to trees. Our psycho is strangely nowhere to be found, giving them ample time to try to figure out a way to escape. The rest of the movie features tons of wobbly, dreary handheld camerawork (seemingly shot in the daytime but filtered to look like night) as frantic people run through the woods and up and down roads. Some will die. Some will live. Some may have died or may have lived but the editing and photography were so spastic in spots that I sometimes had a difficult time telling. 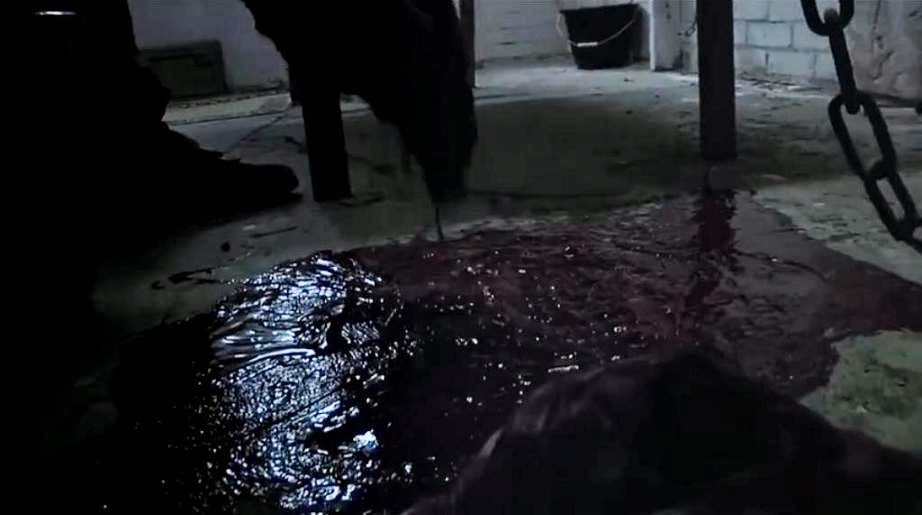 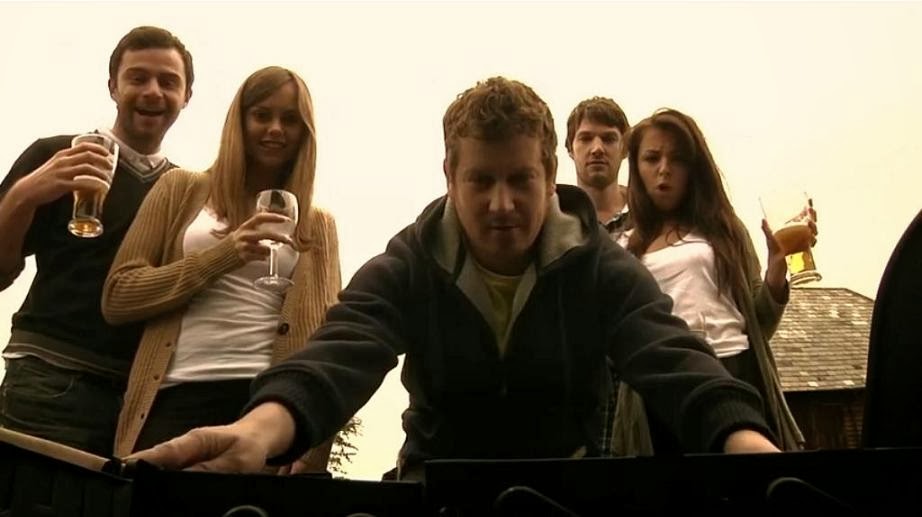 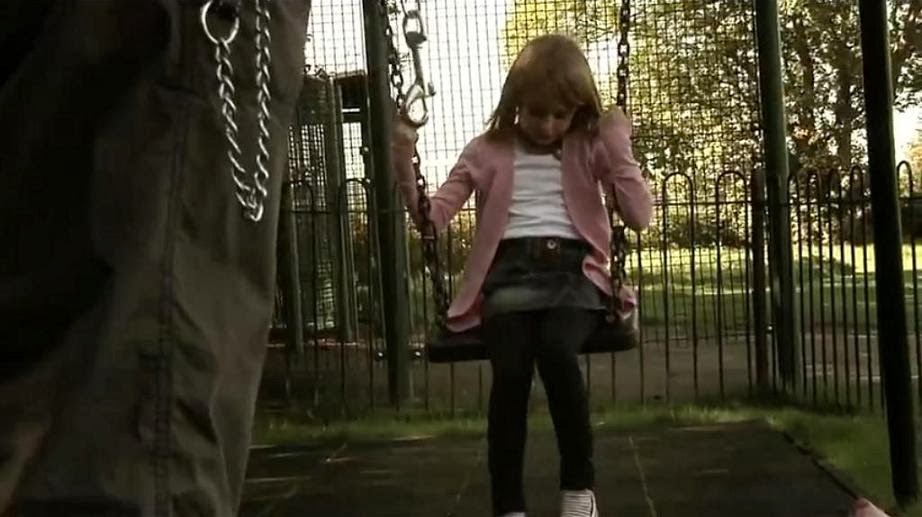 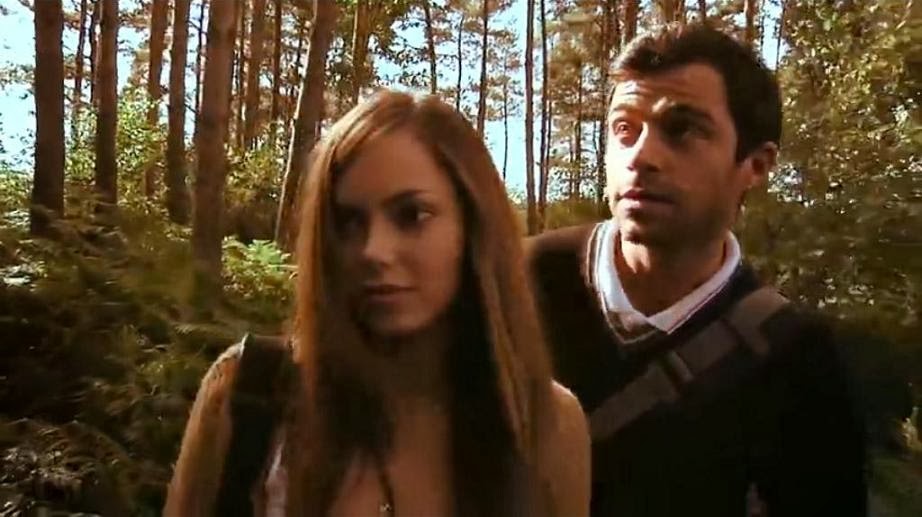 Young, High and Dead starts out on the right note with some wonderful animated opening credits. The acting is not bad, especially considering the ultra low-budget. The directors have somehow managed to get people like Tointon, from the fairly well-received chiller The Children (2008) and Barantini, who had a major supporting role in Ned Kelly (2008) alongside Heath Ledger, Naomi Watts and Geoffrey Rush, on board. The score and photography are highly uneven but both are also effectively utilized at times. Though the set-up is about as routine as they come, it's at least serviceable for the slasher fan this is going to appeal most to. On the down side, this thing takes forever and a day to get going. And by forever I mean it takes at least an hour for the young folks to encounter the killer. There's a lot of talk before then, but the dialogue is primarily used as filler and very little of it actually helps to establish or build character. The killer himself is a complete and utter blank. He's given no back story and no motivation whatsoever. That's pretty much par for the course in a slasher flick, but his behavior is so sloppy and inconsistent that it's a miracle he hasn't already been apprehended. He chains the characters to trees and just leaves them there to go mess around with the cars when he had ample opportunity to just kill them all. During another scene, he rapes one of the girls and, afterward, just lets her walk away. A few minutes later he's chasing her around with an axe trying to kill her. A psycho mother character (Su Elliot) is introduced at the very end, but not enough time is set aside to make the character the least bit interesting. 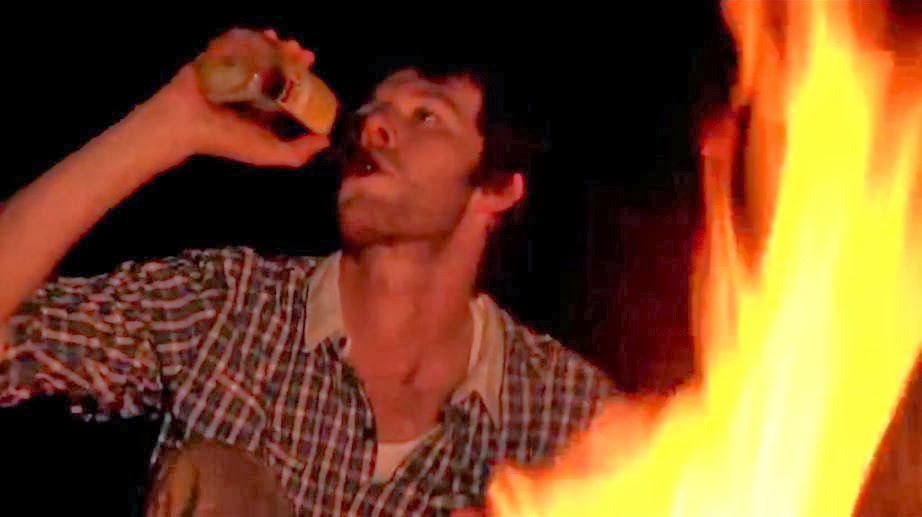 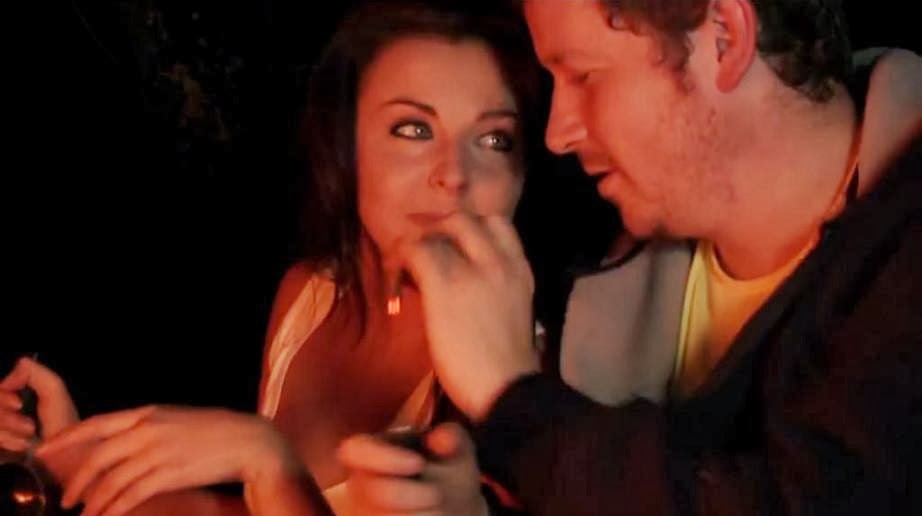 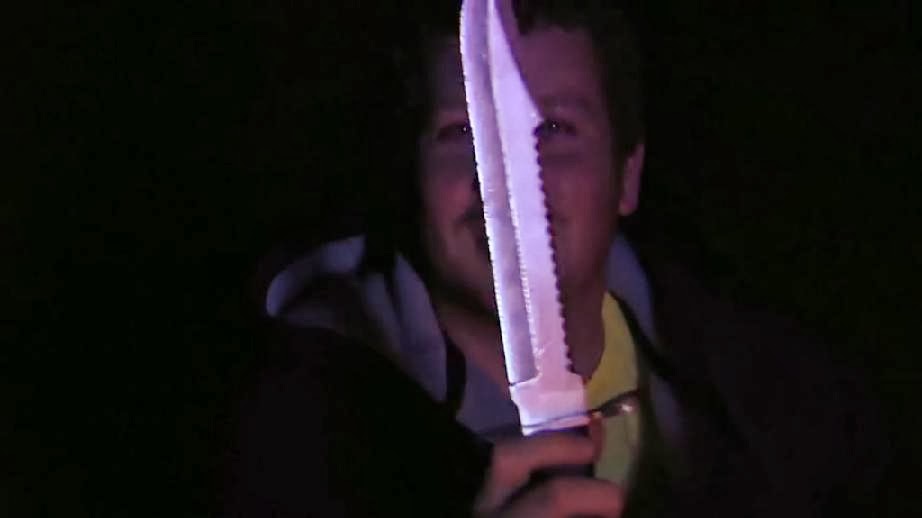 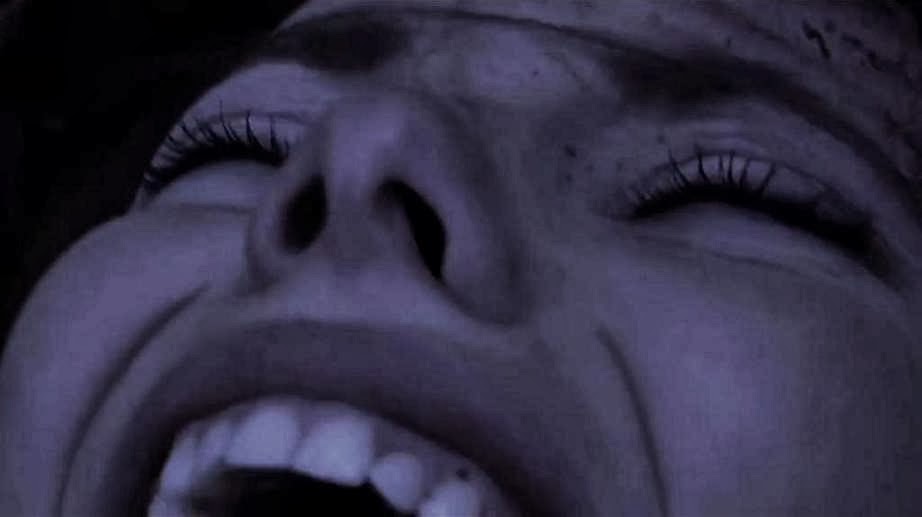 The last twenty or so minutes do pick up in action and excitement. There's some blood and gore (including a dismemberment) and a nice, speedy backwoods verve to the erratic splatter that follows. Unfortunately, these scenes also seem to have been edited with a chainsaw and some of the sound and score cues seem a bit mishandled. I liked bits and pieces of this film, but as a whole it's extremely uneven and a textbook example of an enthusiastic but not-quite-there-yet first-time filmmaker's work. There are lots of the twists, turns, bumps and bruises along the way, but some genuine affection for the genre does at least shine through. It's only onward and (hopefully) upward from here. 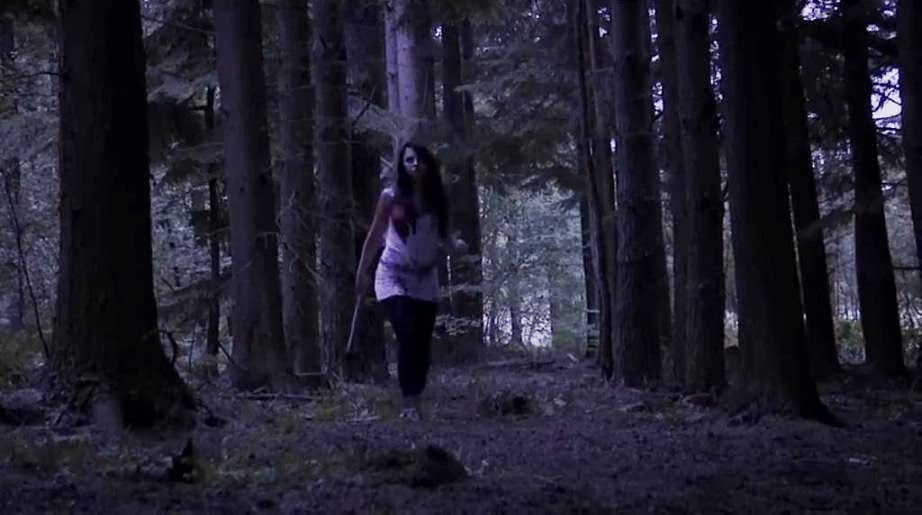 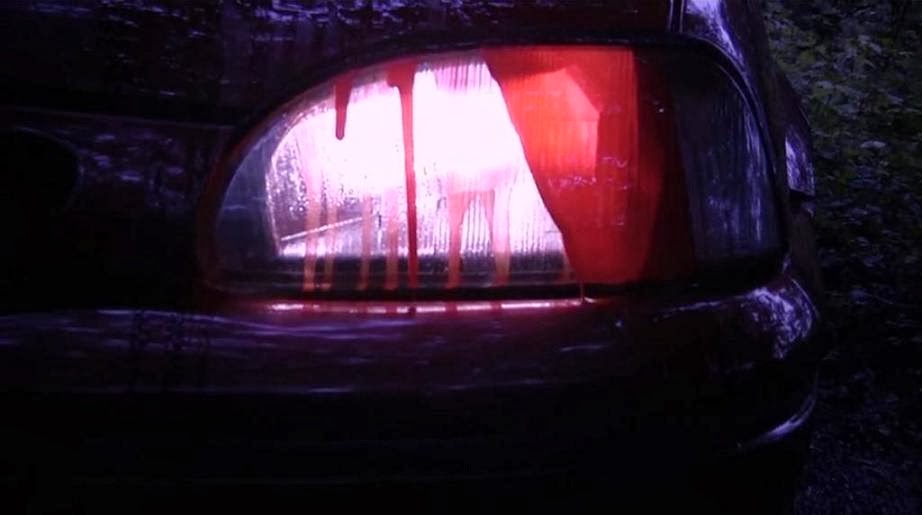 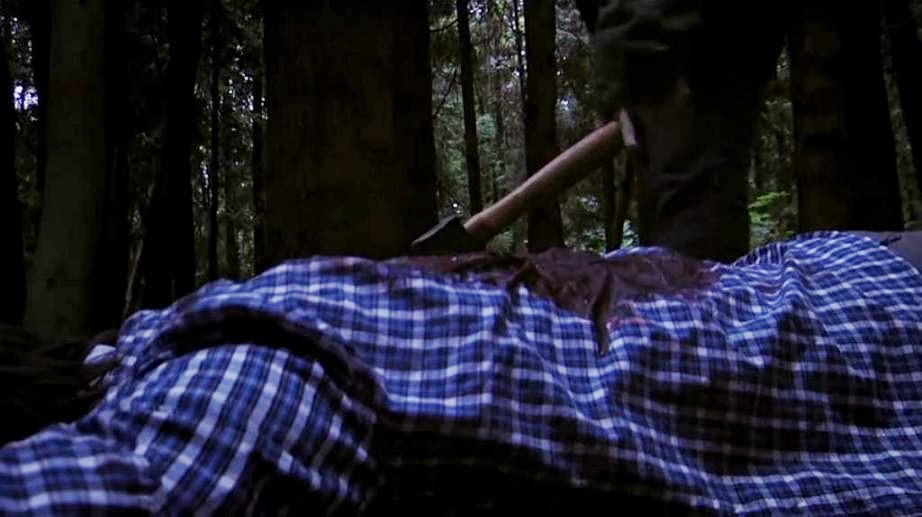 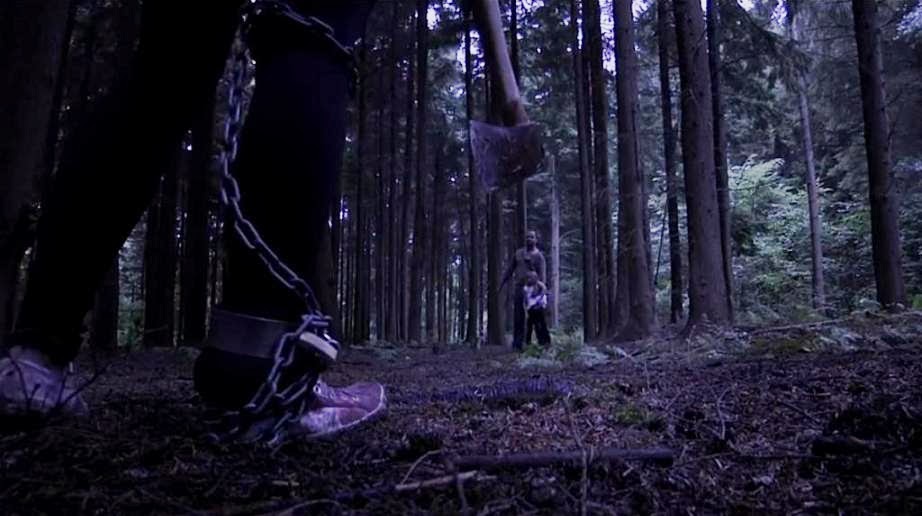 On a side note, there are no less than four people credited with directing this film. While Luke Brady is listed as the chief director and writer; Jonathan Brady (who has worked on fx for big budget films like the remake of Total Recall and the zombie flick World War Z), Daniel Fenton and Thabo Mhlatshwa are listed as co-directors.