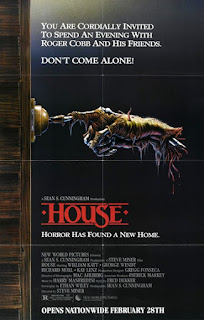 
Made by numerous Friday the 13th series alumni (including director Miner and producer Sean S. Cunningham), this horror-comedy is all over the place but at least tries to do something a bit different than the norm. Roger Cobb (William Katt) is a famous writer who's picked a poor time to start suffering from writer's block: his agent is threatening to take back an advance paid on a follow-up to his hugely successful first book "Blood Dance" if he doesn't have something else for him in a month. Luckily for him, his kooky Aunt Elizabeth (Susan French) has just hung herself and he's inherited her large Victorian-style home and all of its belongings. Roger initially puts the house up for sale, but then begins to have second thoughts. This is no ordinary house, but the house he grew up in and the house he was raised in after his mother passed away. It also happens to be the last place he saw his son Jimmy before he vanished into thin air never to be seen again. Roger decides that instead of going through with the sale, he's going to move in. For starters, he needs the solitude to concentrate, but he'd also like to get to the bottom of his seemingly-happy aunt's suicide-by-hanging death and uncover what happened to his son. 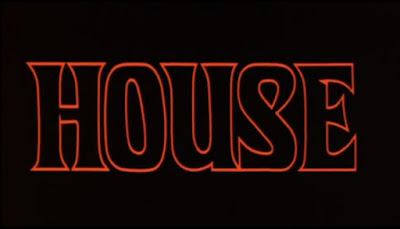 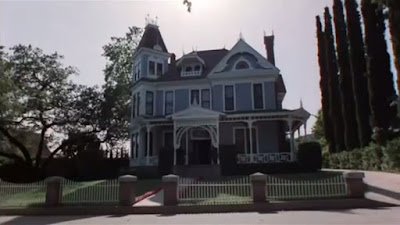 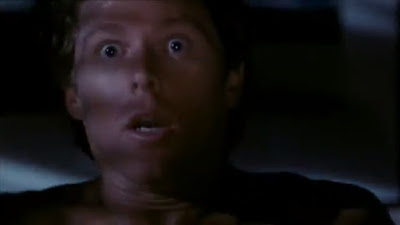 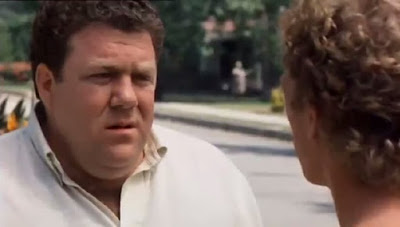 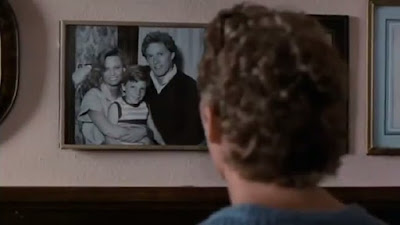 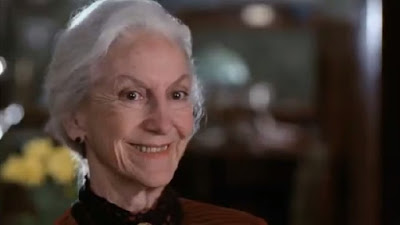 Roger wants his new book to be all about his experiences in the Vietnam war. While he works on the novel, he has flashbacks to his service days, as well as nightmares, hallucinations and flashbacks about both his aunt and his son, as well as either hallucinations or real visions of grotesque monsters which may or may not be ghosts yet may be hallucinations caused by the haunted house itself or may not exist at all and are just figments of Roger's imagination because he's actually going crazy from all of the stress life has thrown his way. The house itself may not even be haunted at all, but actually a portal to another dimension where numerous creatures dwell. Yeahhhh, that about sums it all up. The screenplay seems to be aiming for allegory in regards to overcoming life's demons, but I'm not quite sure a goofy 80s haunted house horror-comedy needed to be so bloody complicated. The ending fails to tie up the numerous loose ends and it also never seems to find the right tone. One minute it's as goofy, lighthearted and even cutesy as can be and the next it's completely serious dealing with subject matter like post traumatic stress, survivor's guilt, abducted children, divorce, depression and suicide. It's a bold mix but never really comes together. Regardless, there's still a lot of other things to enjoy. 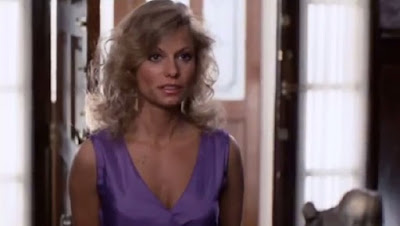 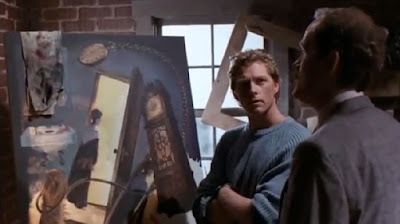 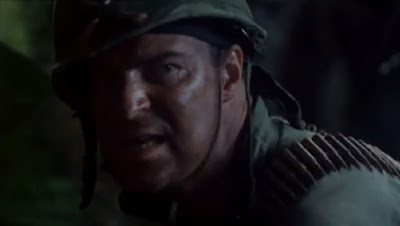 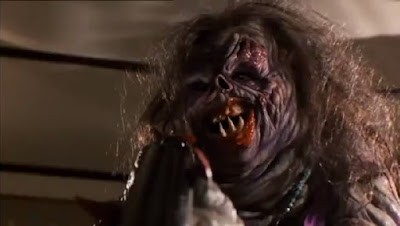 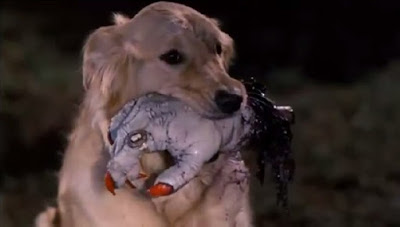 The cast all do their best to try to sell this. Katt, one of those busy but overlooked "everyman" actors I appreciate more the more I see of him, does fine in the lead role and there are several bright and entertaining supporting performances. George Wendt (then known for the TV series Cheers) is great as the nosy next-door neighbor Harold, who suffers from a case of foot-in-mouth disease but can also be helpful and even insightful ("Solitude's always better with someone else around.") in his own annoying way. Big guy Richard Moll (then known for the TV series Night Court) appears in the 'Nam flashbacks as a reckless squad member who features prominently in Katt's novel (and his list of personal regrets). Blonde former Miss World Mary Stavin also has a fun role as another of Roger's new neighbors, who uses her looks to her advantage and cons Roger into a night of free babysitting. The other big name here is Kay Lenz, who plays the ex-wife who still loves and cares about her former spouse. Lenz is a very good actress but her talents are under-utilized in this particular role. In small parts are  Michael Ensign as a real estate agent, Billy Beck, Steven Williams, Alan Autry, Mindy Sterling, Dwier Brown and Ronn Carroll. 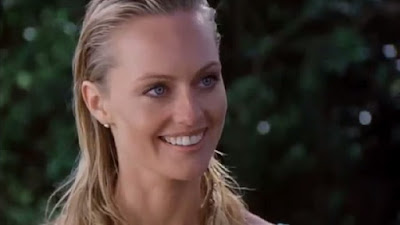 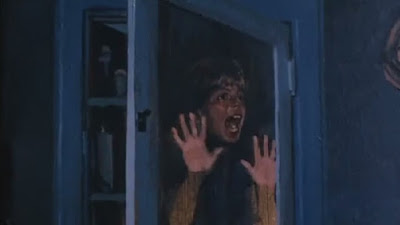 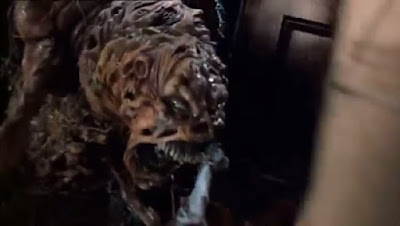 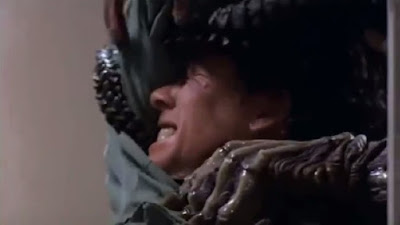 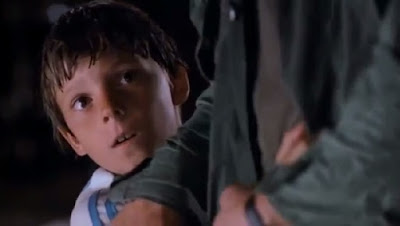 Perhaps the best aspect of all is the amount of monsters on display. There's a big clawed mutant living in the closet, a fat / wrinkly old witch whose arm continues to live on despite being severed, a couple of little goblins, a stuffed and mounted swordfish coming to life, an armed zombie soldier and, toward the end, even a stop-motion-animated skull with wings. All of these special effects are great fun and some even appear to have inspired certain moments from both of Sam Raimi's Evil Dead sequels. Harry Manfredini was in charge of the score, so you'll hear familiar bits of music from the Friday sequels re-used, particularly Part V. The end theme is a cover of "You're No Good." 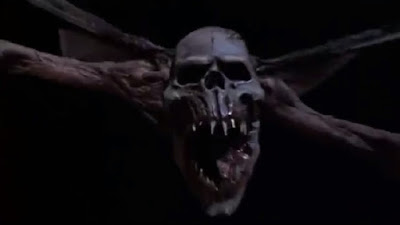 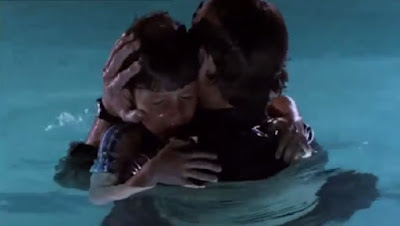 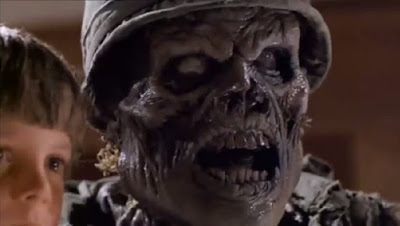 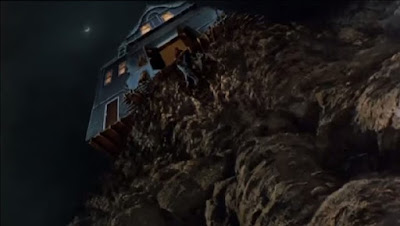 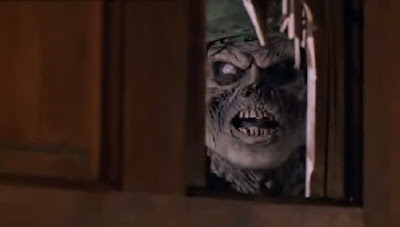 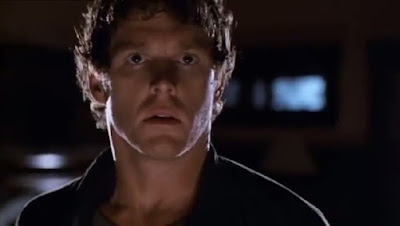 On a budget of 3 million dollars, House grossed nearly 20 million in U.S. theaters alone; enough to edge its way into the Top 50 by year's end. Its success led to two official sequels: HOUSE II: THE SECOND STORY (1987) and HOUSE IV: HOME DEADLY HOME (1992). There's a jump between 2 and 4 because an unrelated film called THE HORROR SHOW (1989) had been released in Europe as House 3, so to avoid further confusion they simply skipped ahead to Part 4 here in America.