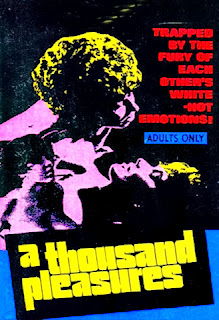 
File this gritty little black-and-white roughie / sickie next to the Findlay's notorious "Flesh Trilogy." It provides all of the nude and soft sex scenes one would expect with some hilariously off-the-wall and truly demented subject matter sure to raise more than a few eyebrows. Richard Davis (the director, as "Robert Wuesterwurst") has just stabbed his shrewish, nagging wife (Roberta Findlay, as "Anna Riva") to death with a butcher knife. He puts the body in the back of his station wagon and then sets out to find a suitable dumping spot. While driving along a vacant country road, he runs across a pair of female hitchhikers; Maggie ("Artemidia Grillet" / Uta Erickson) and Jackie (Linda "Mactavish" / Boyce), standing in the middle of the road. He agrees to give the two ladies a lift. One falls asleep in the back, while the other repays Richard for the lift by going down on him ("Listen, you'll love it... and, besides, I haven't had lunch yet.") After the wife's body is discovered, one of the women giggles and proclaims "He's the one!" They then force Richard to come to their island home off the coast of Cape Anne, where he's introduced to the rest of their, er, family. And what a twisted bunch they turn out to be! 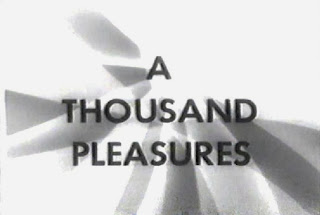 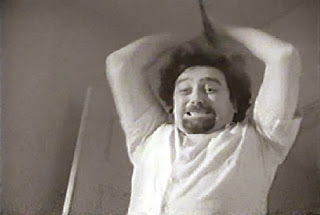 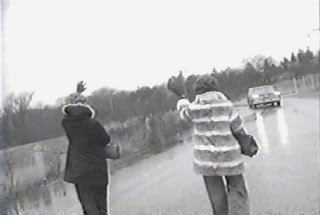 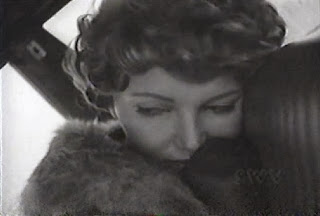 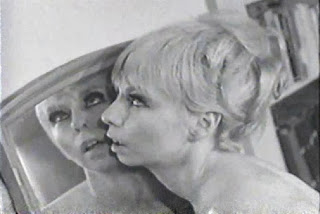 For starters, there's "Little Baby" (Kim Lewid), a fully-grown, retarded blonde who wears only a diaper, sleeps in a crib, sucks on her thumb and makes a mess with her toys. Richard then catches her "doing things to herself that babies aren't supposed to do" like massaging her breasts in front of a mirror and masturbating with a candle! Belle ("Marie Brent" / Janet Banzet) uses this distraction to give him drugged tea. Richard tries to escape the crazy house but is knocked out by the lone male; henchman Bruno ("Ellsworth Dinsmore" / John Amero). He awakens to find Maggie and Jackie, a couple of "true lesbians," towering above him. They both hate men, fancy themselves modern day Amazons and "revel in the hot caress of female voluptuousness." So what do they want with Richard? Well, his sperm. Since they refuse to have sex with men, they simply jerk him off to get it then inform him that they'll keep the babies if they're female but kill any boy they may have. Also living in the home is a black full-figured nymphomaniac maid named Anna (Donna Stone), whom Richard dubs "Boobarella" for obvious reasons. Anna keeps Richard busy in the bathtub, bedroom and couch in an effort to keep him from straying too far. 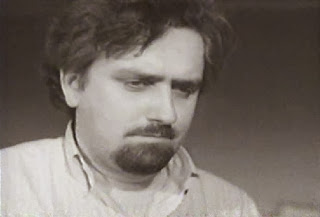 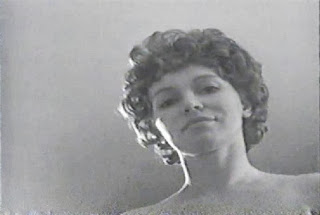 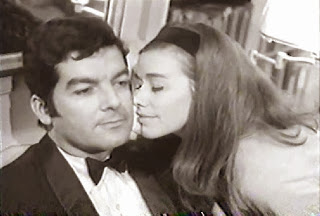 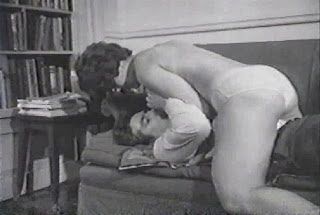 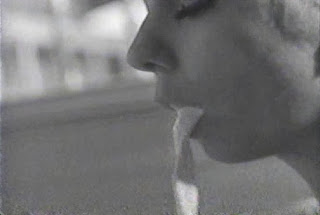 Baby breast feeds off one of the lesbians while the other whips her back until it's all bloody. Afterward, they sodomize her with a fire poker until she throws up milk (!?!) When the lonely Belle tries to seduce emasculated brute Bruno, he pushes her to the ground and then puts a lit cigarette out on her breast, so she runs off to her bedroom and masturbates to a dyke rag. After being warned by Anna to get out of there before he's killed, Richard attempts to flee again, is captured by Bruno again and is dragged back to the house, where the lesbians beat him with a shovel, roast his feet over the fireplace and burn him with cigarettes. He eventually looses his mind, strangles one of the women and slashes up several more with a straight razor before meeting his match with Boobarella's massive mammaries. Things ends with a pretty funny lesbian nod to Gone With the Wind of all things! 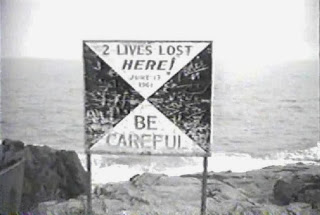 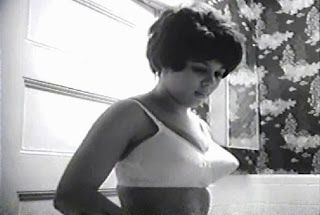 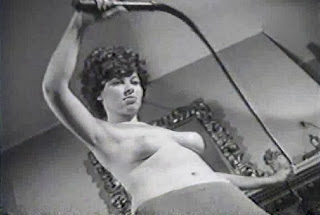 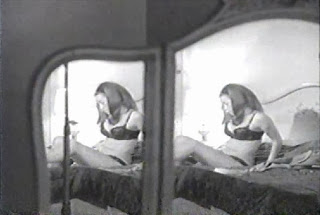 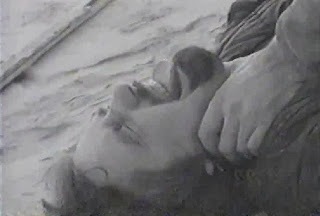 This is all cheap, tacky and technically very crude, with ragged editing, awful acting, continuity errors galore, out of focus shots and inept use of post sync dialogue and voice-over (note how they try to quickly squeeze in lines when an actor's back is to the camera). However, as customary with much of the Findlay's work, there's enough amusing dialogue and warped, tasteless stuff going down in here to put it a notch above similar sex flicks from this time. The opening credits (which feature Stone dancing nude in front of three mirrors to the great garage rock tune "Is It On, Is It Off" by The Bit A Sweet) are littered with pseudonyms, but nearly everything was done by by Michael and Roberta. He not only directed and stars, but also produced (as "Julian Marsh") and edited (under the name "Richard Jennings" as a nod to the Flesh flicks). She not only appears briefly and does the voices of numerous characters but also produced and shot it (as "Anna Riva"), did the music (as "Robin Aden") and the lighting (as "Robin Marx"). The script is credited to "Berla L. Moke;" which is clearly a shared pseudonym. 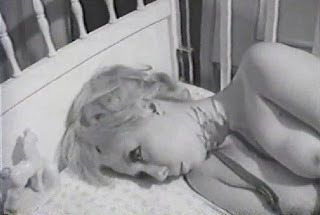 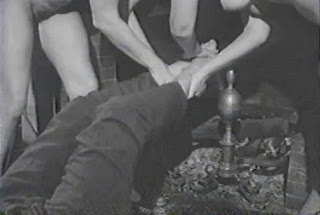 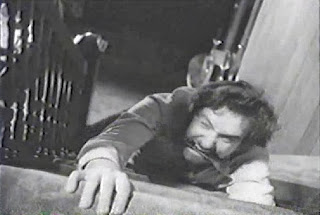 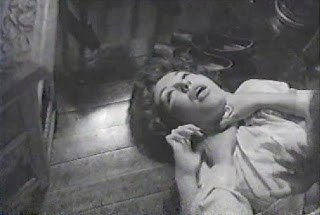 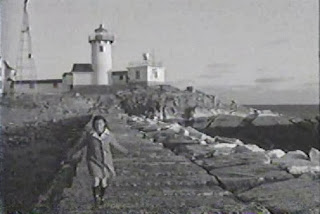 Though I watched the VHS version (hence the less-then-stellar screen caps), Something Weird has paired this with Take Me Naked (1969), also by the Findlay's, for their DVD release. The company has also released numerous other Findlay films over the years, including Body of a Female (1964), Satan's Bed (1965; the film debut of Yoko Ono!), THE ULTIMATE DEGENERATE (1969) and the ridiculously awful Yeti cannibal flick SHRIEK OF THE MUTILATED (1974).