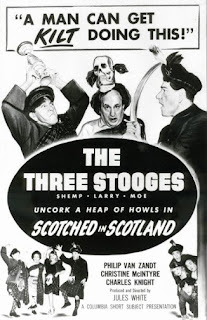 Directed by:
Edward Bernds (uncredited)
Jules White
The Stooges (Moe Howard, Shemp Howard and Larry Fine) barely graduate from the "Wide Awake Detective School" with the lowest grades in the school's history. They're such an embarrassment that Dean O.U. Gonga (Philip Van Zandt) decides to give them their diplomas in private as not to publicly humiliate himself. As per the school's promise, the Dean then has to help them get jobs. Suspecting that no one in the U.S. will hire them, he sends them off to Glenheather Castle in Scotland where valuable gold antiques keep disappearing. The staff blame ghosts. The objective for the new graduates is to uncover who the real thieves are.
Upon arrival in Scotland, the guys dress in kilts and adopt the aliases of McMoe, McLarry and McShemp, all while putting on fake accents to blend in with the locals. Castle owner The Earl of Glenheather (Herbert Evans) has to go to a function and tasks the Stooges to watch over his valuables while he's away. He's left in the company of the castle's servants, Lorna Doone (Christine McIntyre), Angus (Charles Knight) and McPherson (Theodore Lorch) who are, of course, the real thieves. They then decide to try to scare the detectives away so they can make their next, and they hope final, haul. 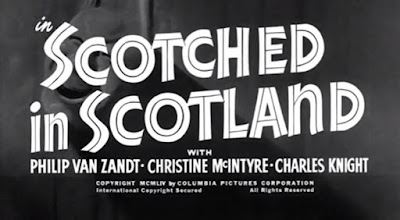 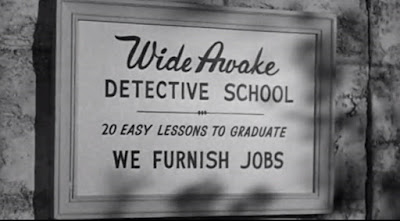 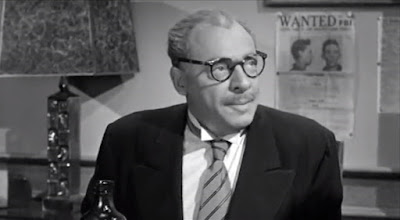 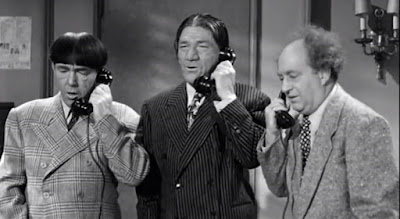 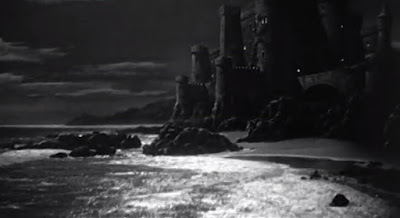 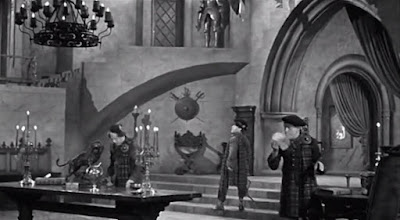 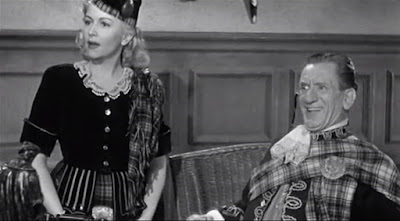 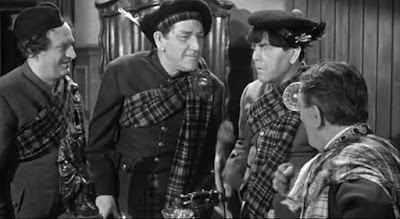 The "scares" basically just involve one of the guys wearing a mask and another guy dressing up as an Arab Sheikh (?!) There are about 50 head hits crammed into 15 minutes for Stooge devotees but many of the gags here seem subpar and unimaginative. The best bits revolve around a bed that can moved between two rooms and a parrot that gets inside of a skull and starts flying around. There's also a bagpipe-playing skeleton. 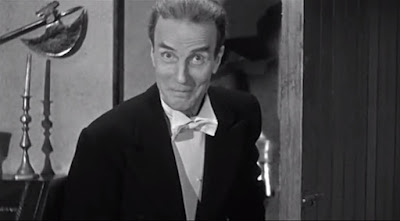 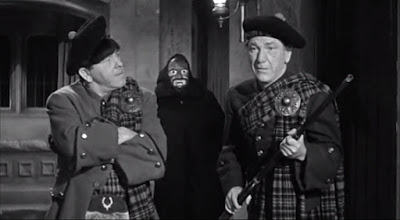 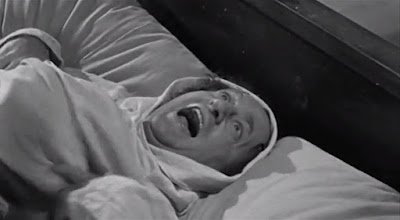 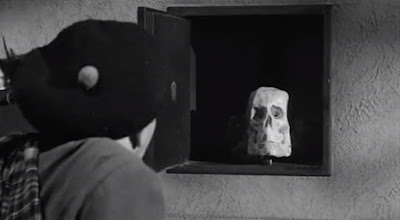 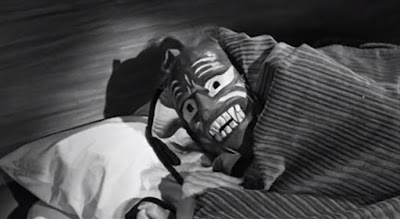 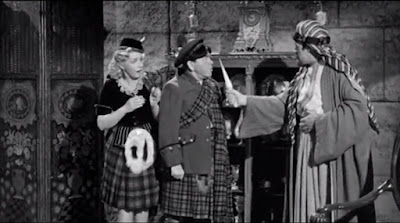 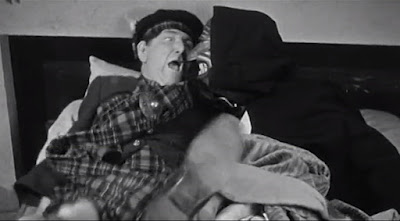 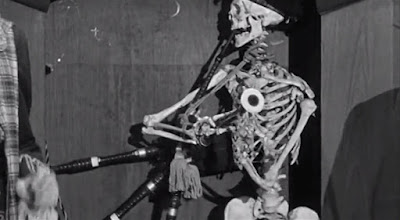 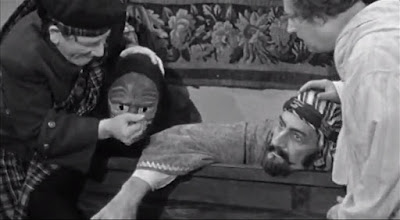 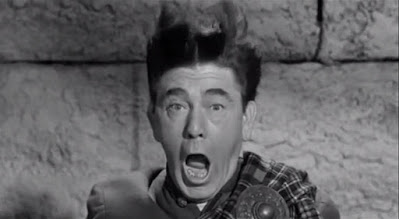 Most disappointingly, the bulk of this 15 ½ minute short has been swiped from an earlier Stooges short called The Hot Scots (1948), which is two minutes longer. The differences between the two come in the first few scenes. In Hot Scots, the Stooges come to Scotland Yard with their mail order detective school diplomas looking for "yard" work and end up instead getting put to work doing actual yard (lawn) jobs, where they find their "assignment" while picking up trash. That leads them to the castle instead of them being assigned to it by a school dean eager to get rid of them. If that wasn't enough pilfering, the opening few scenes from Hot Scots were also grafted onto another Stooges short called Hot Ice (1955), which otherwise involved a gorilla and a diamond heist.
Columbia Pictures offers this on DVD in their The Three Stooges Collection: Volume Seven, which includes their shots made from 1952 to 1954.
★★
Posted by The Bloody Pit of Horror at 8:22 PM 2 comments: