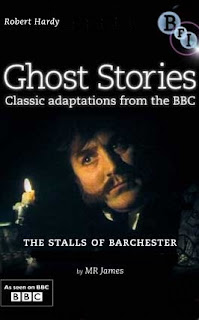 ... aka: Ghost Story for Christmas: The Stalls of Barchester


With this 45-minute offering began a series of “Ghost Story for Christmas” films that became a holiday tradition in the UK from 1971 until 1978. Each were shot on 16mm and in color, ran less than an hour (some were as short as 30 minutes) and played on BBC 1 either right before or right after Christmas. The first five of these productions, including this one, A WARNING TO THE CURIOUS (1972), LOST HEARTS (1973), The Treasure of Abbot Thomas (1974) and THE ASH TREE (1975) were adaptations of M.R. James ghost tales and were directed by Clark. The director followed those with THE SIGNALMAN (1976); an eerie adaptation of a Charles Dickens story, and then STIGMA (1977), an atypically bloody offering which was based on a new original script and not a classic short story. The initial series wrapped up with Derek Lister's THE ICE HOUSE (1978), which was the only one not directed by Clark and also based on an original script. In 2000, the Ghost Story for Christmas banner was revived for a four-part TV special starring Christopher Lee as James. BBC 4 would bring it back yet again in 2005, starting with Luke Watson's A View from a Hill. This one's an adaptation of the story The Stalls of Barchester Cathedral, which was contained in James' second collection of stories titled More Ghost Stories, published in 1911.


In 1932, Dr. Black (Clive Swift) is brought in to catalogue the dusty library at Barchester Cathedral. The books and papers there disappoint him... that is until the librarian (Will Leighton) digs up a locked box whose contents the now-deceased former college dean refused to look at. Naturally, this strikes Dr. Black's curiosity and he insists on checking out what's inside the box inscribed “Papers of the venerable Archdeacon Haynes. Bequeathed in 1894 by his sister Leticia Haynes.” Black (who narrates the story) cracks open the box, finds a series of letters and a black book and begins reading from the latter. We're then whisked away to 1872 where the bulk of our story takes place. 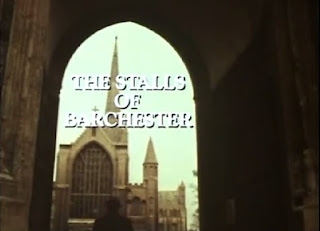 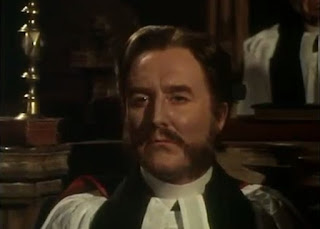 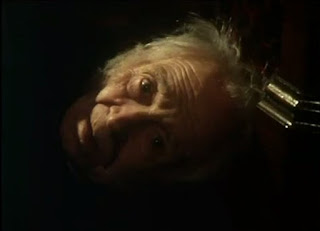 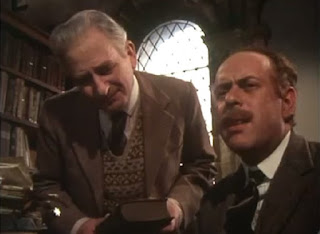 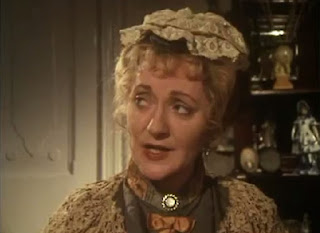 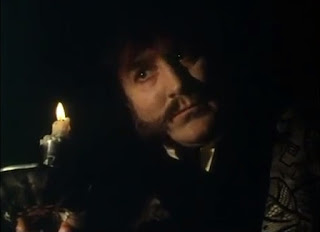 With ambitions of quickly moving up the ladder and taking control, Haynes (Robert Hardy) arrives in Barchester, takes up resident with his gossipy busybody spinster sister Letitia (Thelma Barlow) and begins work as a junior deacon under 84-year-old Archdeacon Pulteney (Harold Bennett). Haynes secretly wishes the old man would kick the bucket already but next thing he knows Pulteney is still 90 and going strong. Two years later, the old deacon takes a fatal plunge down a set of slippery oak stairs. A stair rod put in for protection was suspiciously missing from the scene of the “accident” and many blamed a maid for being careless. The actual culprit was Haynes himself, who was sick of waiting for his promotion. Haynes indeed gets the title of Archbishop but it's not without a price. Not only does the maid attempt to extort money out of him but, after his sister leaves town to go stay with a cousin, he's left all alone in their large home and starts feeling like someone or something is still around. He hears voices, whispering and laughter, the sounds of bells and footsteps and senses the presence of a cat even though they don't have one. Then bizarre things happen in church, particularly at his hand-carved wooden stall... 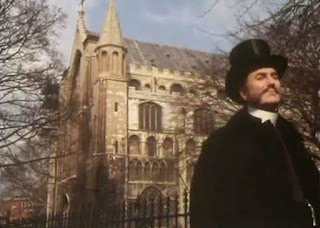 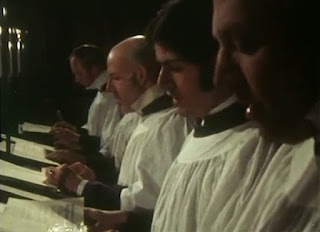 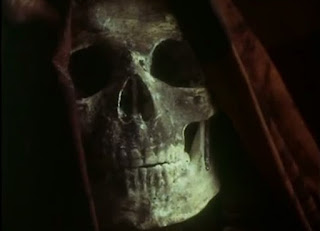 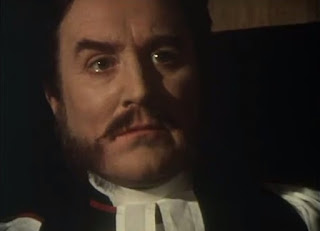 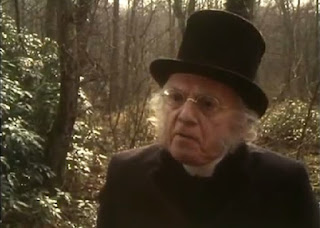 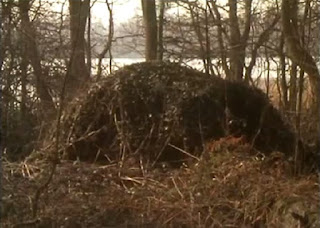 As Dr. Black and the librarian delve further into the journal, they begin to suspect that loneliness and fatigue from long hours of work are driving the man mad, but it may also be something more sinister. After all, the wood used to build Haynes' stall came from something called “The Hanging Oak;” which had been used hundreds of year earlier to execute witches. Human bones were even found between its roots when it was cut down. Despite being a man of the cloth, Haynes ironically refuses to believe in any “superstitious foolery” and is convinced it's some psychological malady and he must stay firm. In fact, “I must stay firm” is the last thing written in his journal before his untimely and mysterious passing. He was found with his neck broken and a deep gash on his face. Did he go mad? Was he killed by a vengeance-seeking ghost? Or was this all a completely coincidental yet karmic visit from the demonic cat and hooded figure depicted on his stall? 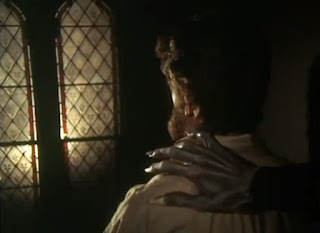 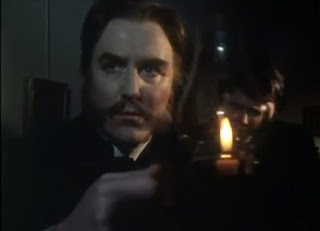 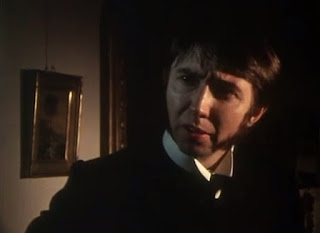 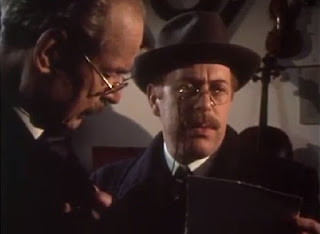 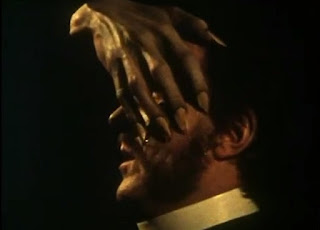 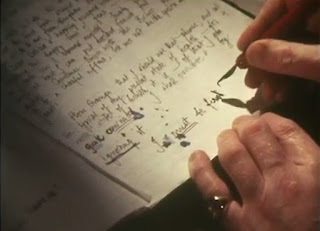 This lays down the groundwork for the tone and feel of most of the later entries in this series. It's not as unnerving, interesting and creepy as some of the better later entries (most notably Warning and Signalman), but it's still well-acted, well-made, classy, subtle, atmospheric and ambiguous. Worth watching.