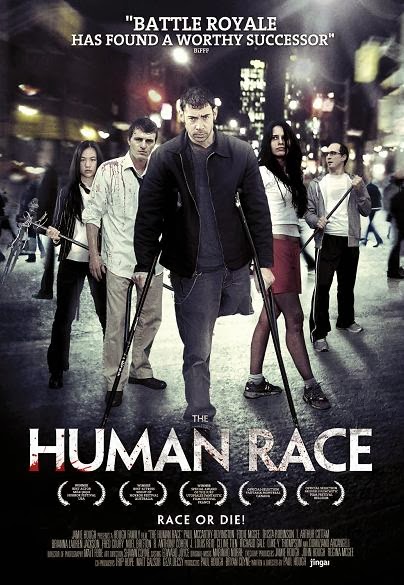 Having humans hunted down or faced with death for game, sport and / or entertainment has been a popular theme visited by both writers and filmmakers ever since the release of Richard Connell's short story "The Most Dangerous Game" (also published as "The Hounds of Zaroff") in 1924. Both the story and the definitive screen version; 1932's The Most Dangerous Game starring Joel McCrea, Leslie Banks and Fay Wray and co-directed by Merian C. Cooper and Ernest B. Schoedsack (who made King Kong the following year), have gone on to influence countless later films and novels. Stephen King's very first novel "The Long Walk" (which predated "Carrie" [released in 1974] by a number of years but was published later) involved teenage boys forced to walk at the speed of 4 miles per hour or else face "buying a ticket" (i.e. being shot). King later revisited a similar theme with the 1982 novel "The Running Man;" about game show contestants in a dystopian future being tracked and killed by hunters paid to eliminate them. Five years later, it was turned into an Arnold Schwarzenegger vehicle. Other movies to employ this theme include Death Race 2000 (1975), Battle Royale (2000), Series 7: The Contenders (2001) and the massively popular The Hunger Games (2012), which currently has no less than four sequels in the works. The Human Race joins this line-up of films, but does it manage to distinguish itself? 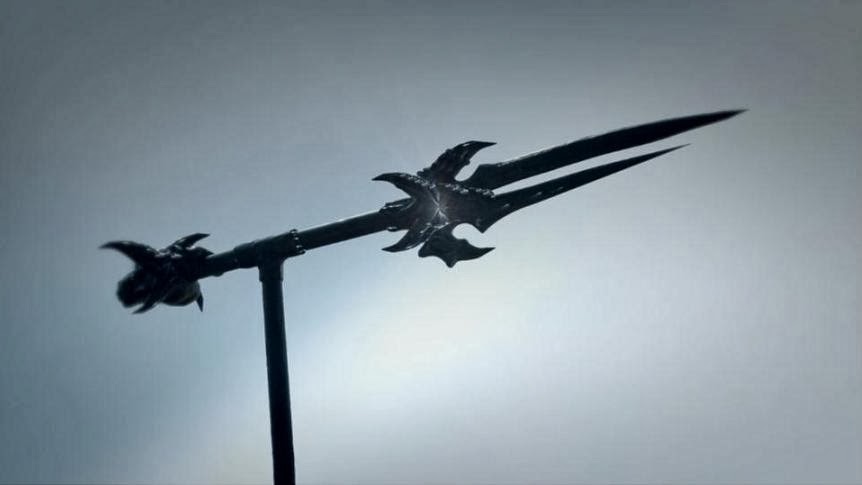 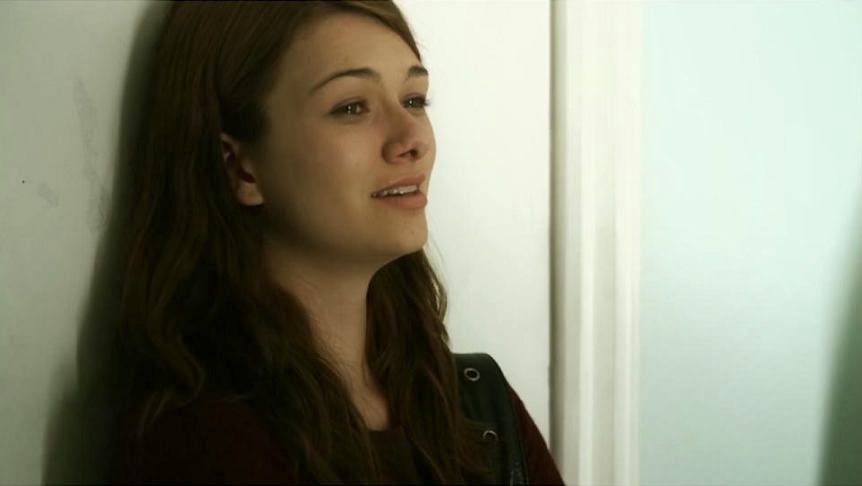 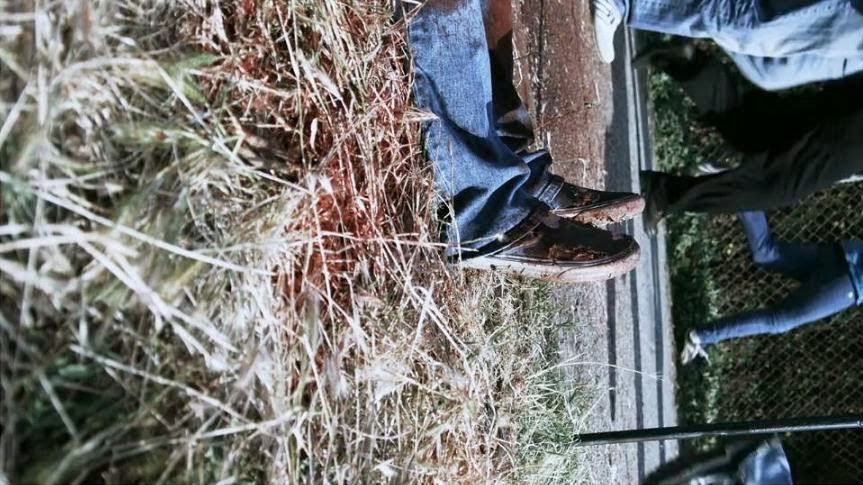 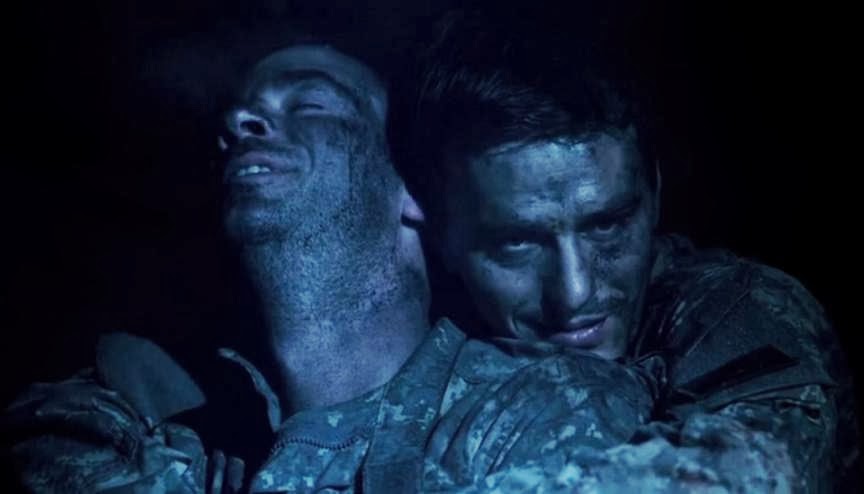 We first meet a confused, terrified line-up of people standing by a building, who have all been chosen (by whom is made unclear) to participate in a game of chase along a course. The rules are simple. Follow the arrows... or you'll die. Stay on the path... or you'll die. If you are lapped twice... you will die. Do not touch the grass... or you will die. And only one will win. We then begin to meet some of our participants. Battling the same strain of cancer that cost both her mother and sister their lives, young Veronica (Brianna Lauren Jackson) has just learned the good news that her cancer is in remission. We next see Veronica with the rest of the chosen participants, but then something surprising and unexpected happens... her head explodes! You see, Veronica was breaking the grass rule and a powerful jolt of electricity was forced through her body as a result. With our presumed heroine out of the way in the first ten minutes, this establishes the feeling that this is truly anyone's game. 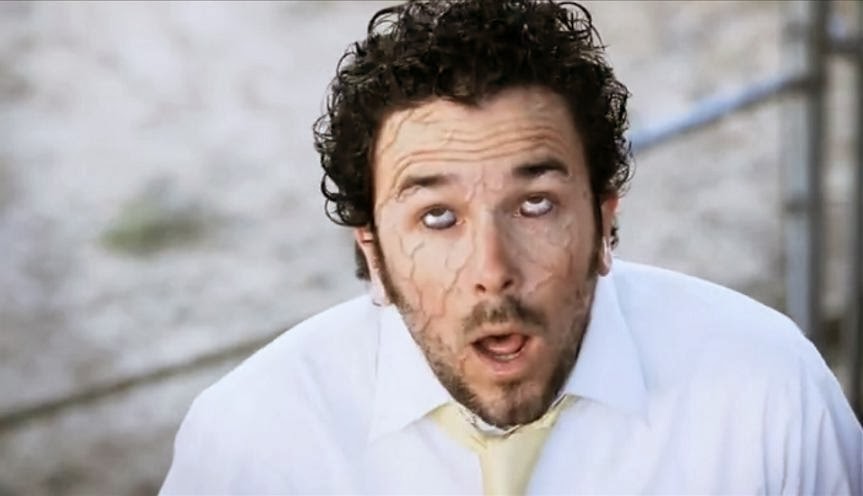 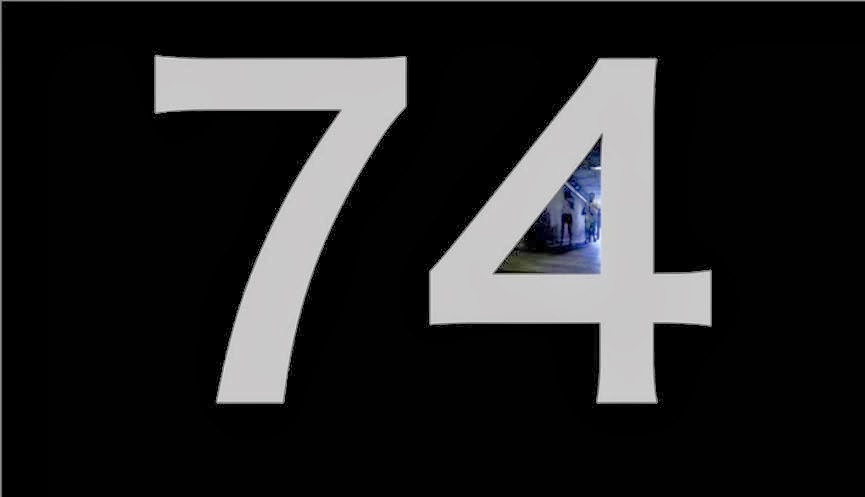 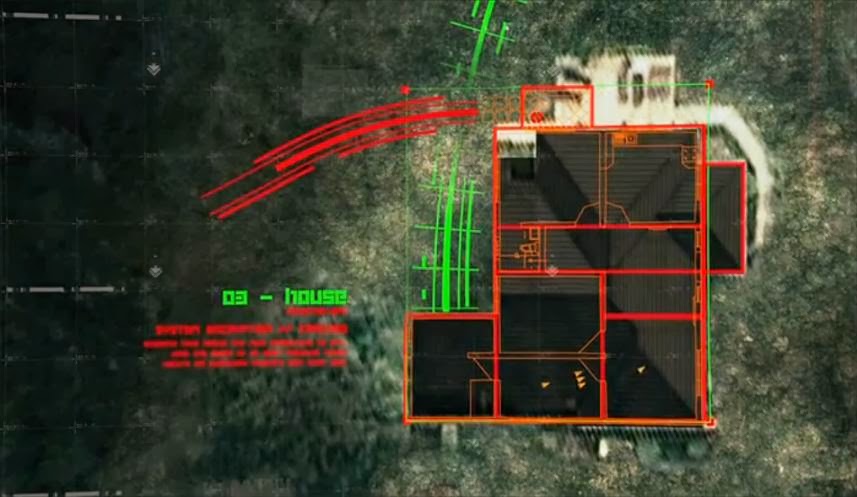 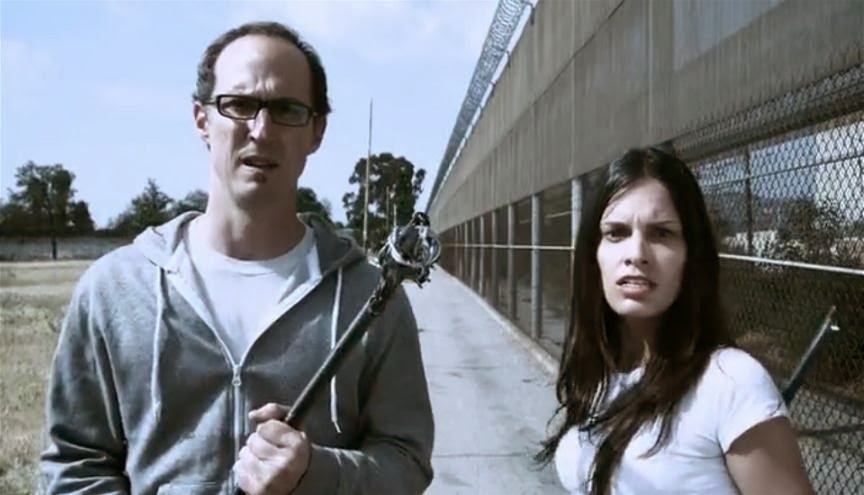 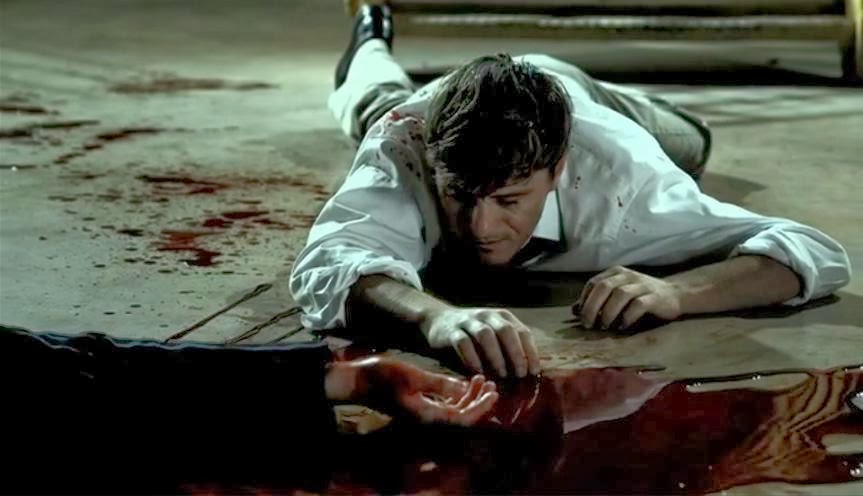 Our main characters are a pair of friends; Justin (Paul McCarthy-Boyington) and Eddie (Eddie McGee), army vets who'd both served during the "War on Terror" in Afghanistan where Eddie had one of his legs blown off (and Justin saved him), plus a meek deaf woman (Trista Robinson) who eventually toughens up and her also-deaf friend (T. Arthur Cottam). As disembodied voices telling the number of remaining players go through everyone's head, some try to stay rational and calm, but other "contestants" freak out and start turning on and / or murdering the others. One man (Fred Coury) begins a mad dash to try to kill off as many people as he can, irregardless of whether they're young and confused (like a teen girl and her kid brother), 8-months pregnant or old and weak (like an old man saddled with a walker). Before miraculously appearing in the game, everyone was on the same city street and saw a flash of bright white light. A priest (B. Anthony Cohen) thinks they're in purgatory, but other forces may be at play. 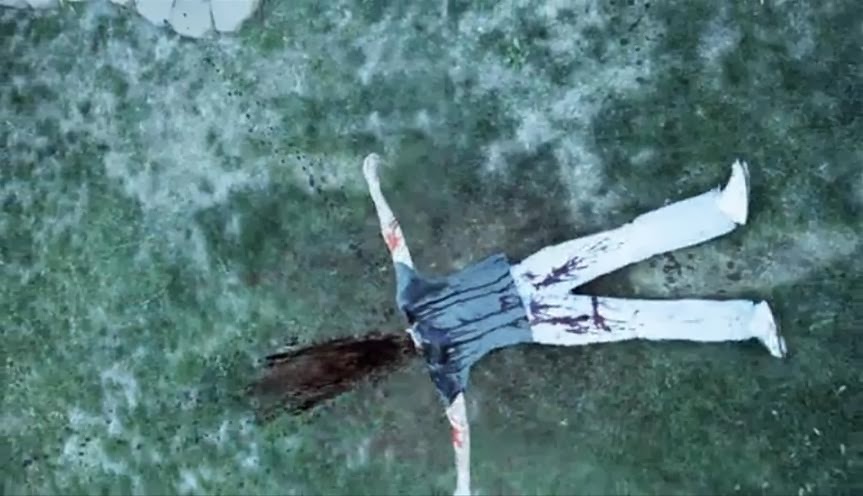 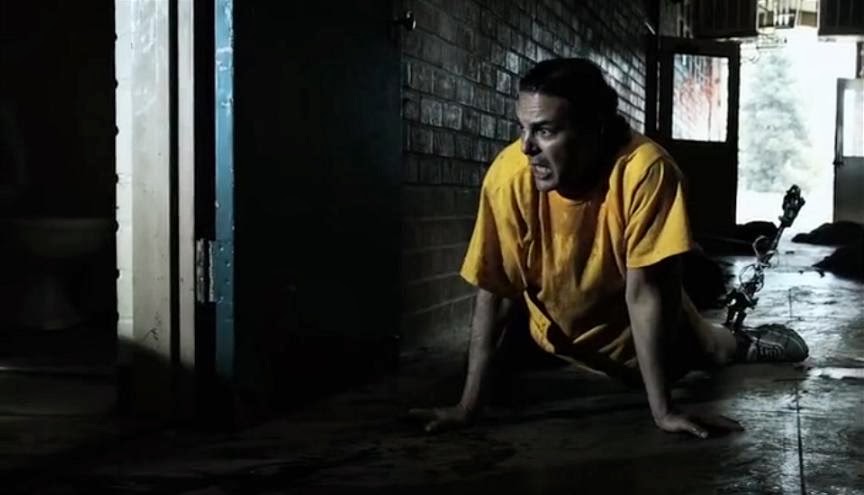 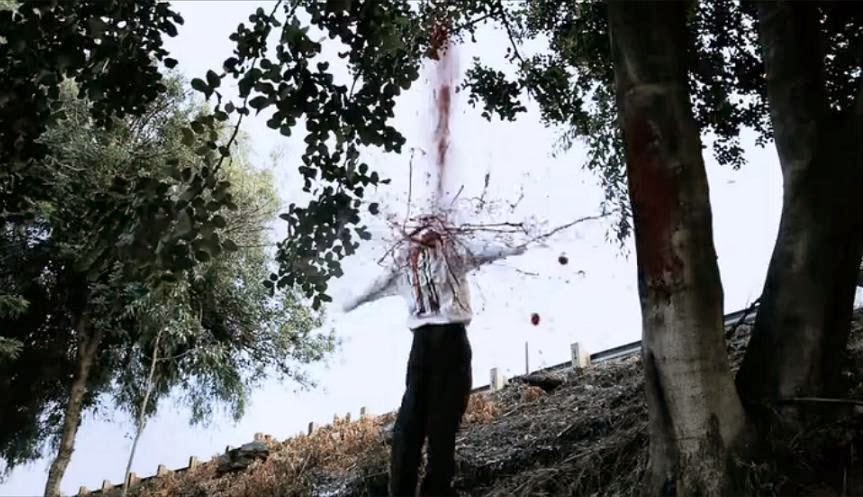 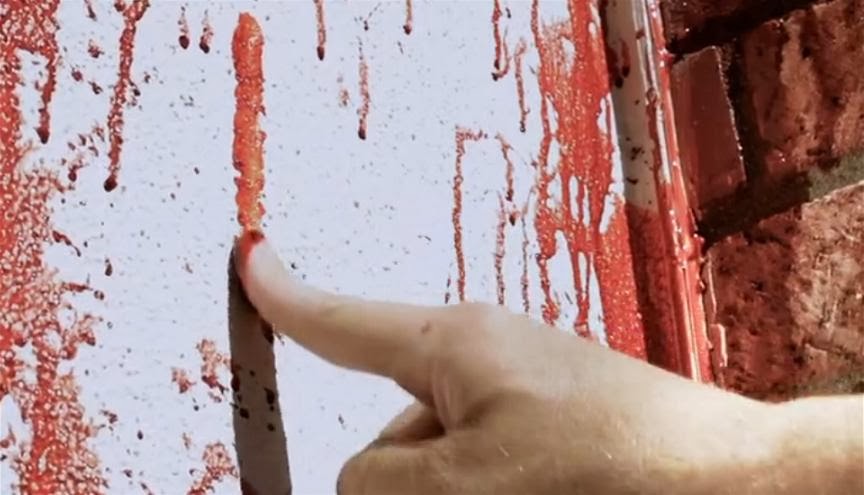 For a super low-budget independent feature (which began with an online kickstarter campaign), this isn't bad at all and shows plenty of promise. One of the big reasons I prefer watching older films is the photography. Nowadays, all of these digitally-shot genre films have the same exact dark, dreary sheen to them. I'm also consistently disheartened by the liberal use of seizure-cam that filmmakers use as a crutch to cheaply give their movie a sense of excitement and urgency. This movie is no exception to those rules: it looks exactly like every other cheap film coming out these days and the cameraman frequently appears to be suffering from Parkinson's disease. It also suffers from highly uneven acting (though I've seen much, much worse), dialogue and CGI effects (this can now safely hold down the record for the largest number of CGI head explosions) and a few misjudged scenes that simply do not work. However, these guys clearly did the best they could given their budget limitations and deserve high marks for that, as well as coming up with a consistently entertaining (and sometimes genuinely surprising) plot. 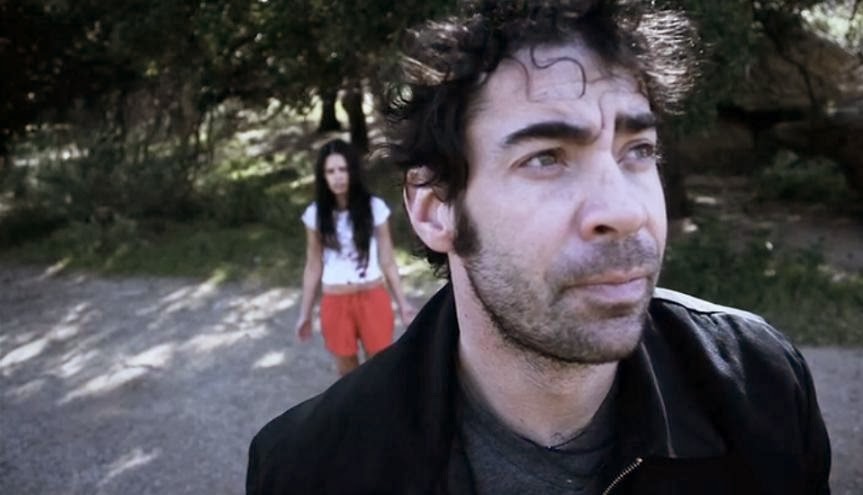 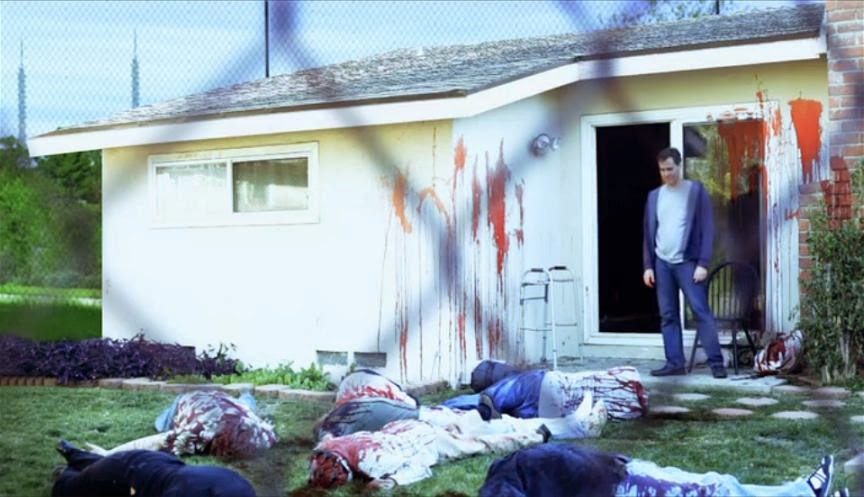 This was the feature debut of director Paul Hough, who's the son of director John Hough; a man whose credits included the Hammer vampire movie Twins of Evil (1971), the haunted house classic The Legend of Hell House (1973) and the Disney productions Escape to Witch Mountain (1975) and The Watcher in the Woods (1980). Paul had previously directed music videos, several shorts and the award-winning backyard wrestling documentary The Backyard (2002).