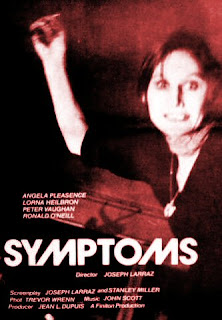 
Helen Ramsey (Angela Pleasence) confides in her journal "I have a feeling something is about to happen... something final..." before she and her friend Ann Weston (Lorna Heilbron) head out to Helen's secluded family vacation home for a relaxing stay in the country. Helen had just spent some time in Switzerland doing English translations. Ann - a writer - has just had a bad break up. Both could use a little peace and quiet. While Ann is beautiful, refined and classy, Helen is awkward, gangly and homely. Ann has a fashionable wardrobe and haircut. Helen wears plain, baggy clothes and has stringy, lifeless hair she usually keeps tucked behind her ears. And while Ann appears reasonably happy and healthy, Helen is pale, frail and suffers from terrible headaches and bouts of depression. Though the two women appear to be fairly close friends (perhaps childhood friends), one wonders what exactly has brought the two together to begin with. In Helen's case, we soon get an answer: she has something of a crush on her friend. She often stares at her (even when she's changing clothes), acts possessive, seems to want to accompany her everywhere she goes, doesn't want her to go into town by herself and quietly sneaks up on her while she's trying to work. The looks she gives Ann when she isn't paying much attention aren't looks usually exchanged between just friends... 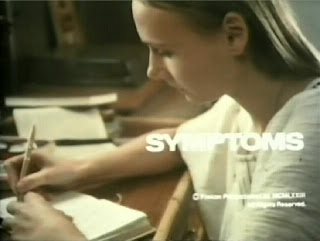 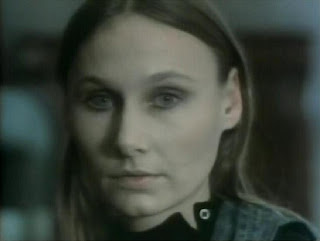 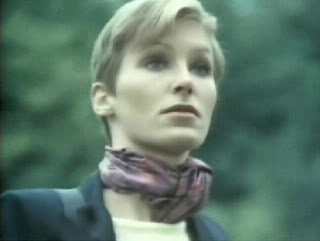 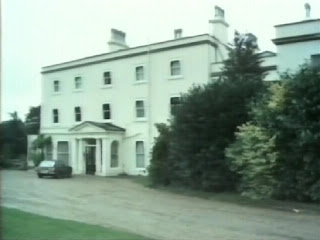 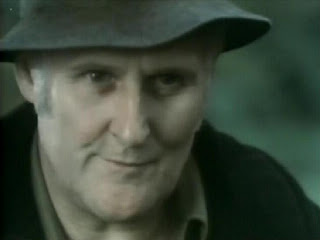 All throughout the home are framed pictures of a woman named Cora (Marie-Paule Mailleux); a woman Helen has never even mentioned to Ann before, but one who used to be a frequent guest in the home before her. Helen and Ann take a boat out on a pond, where Helen tells her a woman had drowned there. On their way back to the house, they pass Brady (Peter Vaughan), a woodcutter, hunter and handyman who stays in the shack out back. Helen acts disgusted by his mere presence and refuses to talk with him, acknowledge him or even make eye contact with him. Since we've already seen flashes of Cora and Brady in a passionate embrace and then a dead female corpse floating in the pond, it's safe to assume that Helen and Cora used to be lovers and when Helen discovered her affair with the handyman, she murdered her. It's also safe to say that Helen is going completely out of her mind. After Brady informs her "You're very beautiful, much more so than the last one," Ann finds Helen inside on the staircase rocking back and forth, clutching a doll, saying she's ill and needs help and asking Ann to "never leave me again." Ann suggests they return to London but Helen refuses and claims that all she needs is a little more solitude to pull herself back together. Complications arise when Ann's ex-boyfriend John (Ronald O'Neil) shows up wanting to reconcile, which sends Helen even further into madness. Violence, murder and a few other not-so-pleasant things ensue. 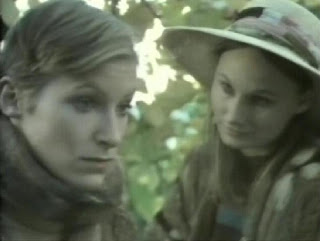 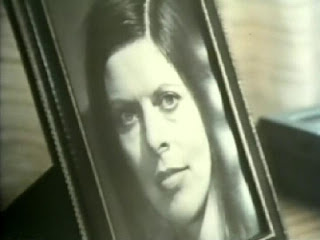 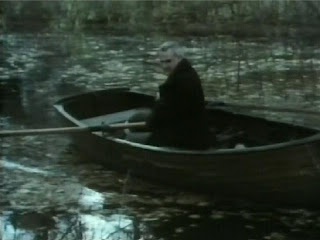 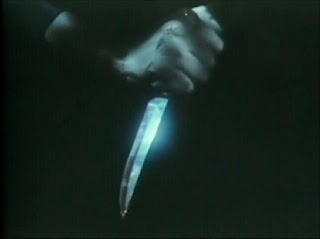 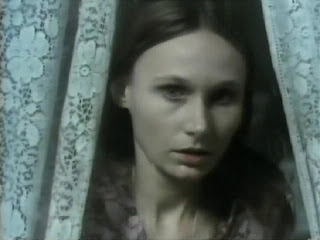 Set in the Fall just when things start dying (... like minds), this is a well-made, well-acted, sumptuously photographed (by Trevor Wrenn) low-key psychological horror-drama... that I sadly cannot get fully behind. It simply lifts too much from REPULSION (1965). And when I say "lifts," I don't mean "was strongly influenced by," I mean swiped. Stolen. Copied directly in many instances. During the quieter moments, the soundtrack consists of a clock ticking, a heart beating and sharp piano scales being practiced. Footsteps are frequently heard coming from above in the attic (where Helen might be storing the body of her former lover). Instead of the skinned rabbit, we get a dead bird dripping blood into a bowl. Instead of nighttime rape fantasies, we get nighttime lesbian fantasies of the dead lover returning to the bed. Instead of a childhood family picture speckled in light, we get a picture of the former lover speckled in light (and eventually speckled in blood). We also get similar shock scenes of the deranged Helen popping into frame and slashing away as seen from the victim's point-of-view. At the end, when some others in town show up to check up on her, the home is in disarray, furniture is overturned and some bodies are found. Most of the above is identical to how Repulsion played out. The addition of lesbianism and hints at necrophilia aren't enough to fully differentiate it. 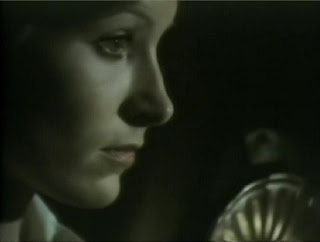 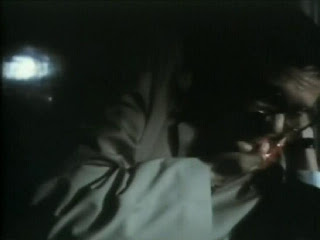 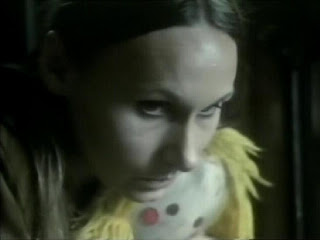 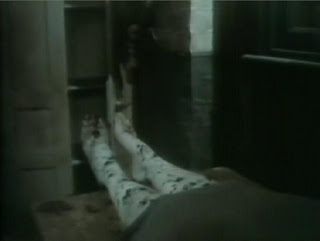 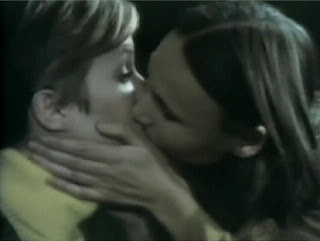 One area where this film is quite successful is in the performances. Heilbron (who'd previously starred in THE CREEPING FLESH alongside Christopher Lee and Peter Cushing) and Vaughan (good chance to plug the wonderful short THE RETURN yet again) are both very good in their roles, but the film is pretty much dominated by the offbeat presence of its star. Ms. Pleasence was a dead ringer for her father and when your father happens to be actor Donald Pleasence that's hardly going to make you an object of conventional beauty. To be blunt, the delicate-voiced Pleasence has a very unusual-looking face, but it's also an extremely fascinating-looking face. Depending on the angle, she can appear either attractive or unattractive; very simple and sweet or very creepy and sinister. You can tell the director and cinematographer enjoyed filming her given the amount of long, brightly lit close-ups she's given. Sad to say, other filmmakers didn't take advantage of the actresses unique charms and she went on to very few other lead roles. She can also be seen in the horror anthology FROM BEYOND THE GRAVE (1973), alongside her father, and THE GODSEND (1979). 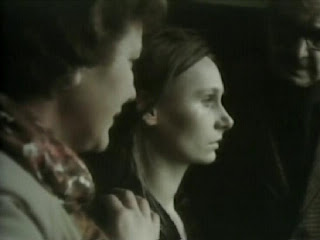 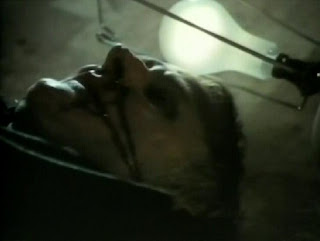 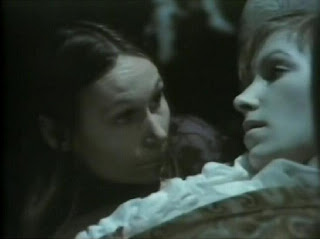 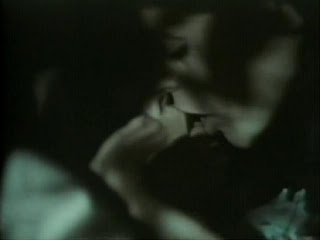 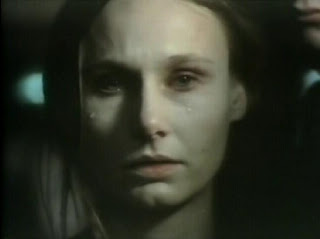 Symptoms (also released under the more exploitative title The Blood Virgin in some areas) has slipped into almost complete obscurity over the years with no official release on video or DVD. It was nominated for the prestigious Golden Palm at the Cannes Film Festival, which makes its current unavailability even stranger. It was a Belgian / British co-production. 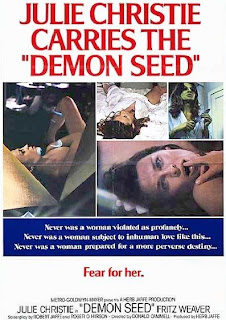