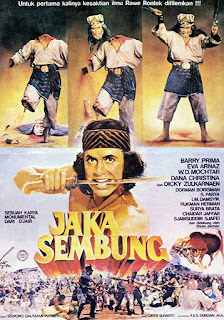 
After leading a peasant revolt and refusing to pay property taxes levied on them by the Dutch, the impossibly stoic and zen Parmin aka Jaka Sembung (Barry Prima) and ninety others are captured by soldiers and taken to a prison camp where they'll be forced to do hard labor by armed guards. Overseeing the camp is Captain Van Schram (Dicky Zulkarnaen), who believes in obedience and discipline, even if it means starvation, cruelty and death for prisoners. His daughter Maria (Dana Christina) implores him to have more compassion but fat chance of that happening as her dad is actually a sadistic nut. Jaka and the other men are taken to a rock quarry where they're mistreated by guards and refused water, which leads Jaka to lead yet another riot. Many are shot and killed but some, including our hero, manage to escape. When word gets back to the Captain that Jaka was responsible yet again, he orders a reward for his capture and / or death to entice bounty hunters into tracking him down.

Big, bald Kobar (S. Parya, who also did the art direction and special effects) is more than happy to answer the ad. He's not only a brute but he also has the ability to breathe fire and his skin is impervious to bullets and metal weaponry. And to prove his worth, he's more than willing to wrestle and kill a bull with his bare hands! When he starts hassling and slapping around Jaka's girl Surti (Eva Arnaz), Jaka shows up for a fight and finally puts him down by impaling his head with a bamboo pole.


After that humiliating defeat, the Captain's cohort, Meneer Van Allen (S. Subyabrata), brings in a "voodoo expert" (H.I.M. Damsyik) with a really jacked up grill who claims to be able to resurrect the dead. To demonstrate his supernatural abilities, he lifts up a skeptical guard (Rukman Herman) and then spins him around in a circle. Meneer accompanies the voodoo master to a graveyard, where he shoots spinning fireballs out of his hands and levitates a coffin. Inside is a headless body, which he manages to resurrect. They then go and find the head hanging from a tree. It's brought back to life and reattached to the body. Now powerful black magician Ki Hitam (W.D. Mochtar) is back together and ready to battle. He too has a personal vendetta against Jaka as he was the student of a teacher who used his powers against him.

Using phantom kung fu, Hitam is able to knock out Jaka, who is then chained up, forced to carry a heavy log over his shoulders and paraded through the streets before all of the Indonesian people. A woman even tries to give him a drink of water on his way but is stopped. To further solidify the Jesus parallels, he's taken back to the Captain's palace, placed in the dungeon where he's denied food and water and is crucified against the wall.


Tired of her father's bs, having fallen in love with Jaka and wanting to help the Indonesian people fight against social inequality and economic oppression, Maria slaps on a black ninja suit, breaks into the dungeon, kung fu's a half dozen guys and then tries to helps Jaka escape. However, her father ("The cruelest ruler of human souls since Caligula!") shows up with his guards. He beats her and, in a rage, takes his sword and gouges out both of Jaka's eyes! Surti has finally had enough ("To hell with the Christians!") and shows up to try to spring Jaka herself but is easily captured and thrown into the dungeon herself.

When all hope seems lost, there's only one thing left to do: Pray! A "Praise be, almighty Allah!" later and Jaka has the strength to pull the spikes out of his hands, break his chains, push open the prison bars and pull down an entire wall! But waiting for him outside are Captain Van Schram and Hitam. Hitam immediately uses his powers to transform Jaka into a pig and he's chased off by dogs. Surti runs after him and gets shot in the back. The two end up in the jungle and stumble upon a kindly old shaman (Syamsuddin Syafei) who takes them in. He turns Jaka back into a human, performs an emergency eye transplant ritual and teaches Jaka some of his magic, which will come in handy when he returns to the village to take on the evil magician, the captain and a slew of guards.

It's easy to see why this concept (action / fantasy / horror with strong doses of history and religion) resonated so strongly in its home country. Jaka was pretty much the perfect hero. He loves his country. He loves his people. He loves his girl(s). And he loves his Allah. He's strong, honest, noble and brave and all he really wants to do is free his people from the oppression of the Dutch so they can all live in peace. This is a very nationalistic picture in that it celebrates the Indonesian people and their culture, Muslim spirituality and successful battle for independence and identity. And it does so in the least subtle and most heavy-handed manner imaginable!


It's also easy to see why this resonated with many horror and exploitation fans. It's action packed, bizarre and frequently gory as hell. Hands, legs and heads are hacked off and sometimes reattach themselves. Eyes are gouged out, squeezed out and float through the air. A body is cut in two. People are slashed, speared, impaled, shot, stabbed and disemboweled. This is all enough to at least partially offset the other areas where this is lacking.

The third highest grossing film in Indonesia in 1981, this was followed by four sequels (all starring Prima): Begola Ijo (1983), Si Buta lawa Jaka Sembung (1983; UK title = The Warrior and the Blind Swordsman), Bajing Ireng dan Jaka Sembung (1985; UK title = The Warrior and the Ninja) and Jaka Sembung dan Dewi Samudra (1990; aka Jaka Sembung and the Ocean Goddess). These were based on a series of popular 1960s comics by Djair Warni. There was also a spin-off movie featuring the blind swordsman character from one of the sequels called Neraka perut bumi (1987; aka The Blind Warrior). 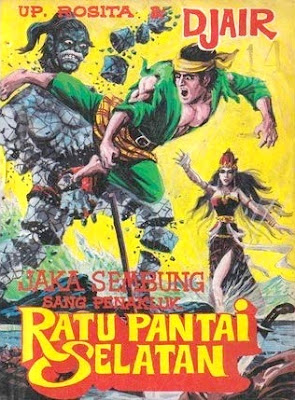 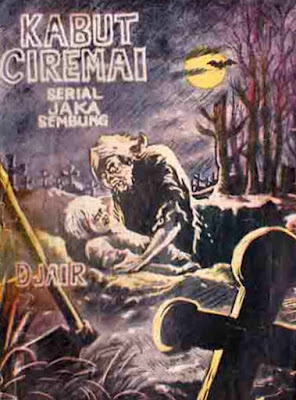 When Prima wasn't playing this guy, he was often playing very similar characters with very similar names (Jaka Baruna, Jaka Tuak and Jaka Pratama...) in other very similar but not as well-produced fantasy movies. However, truth be told, his one-note performance really doesn't impress much here, though this is the film that made him the biggest film star in Indonesia. Mochtar, on the other hand, is great. 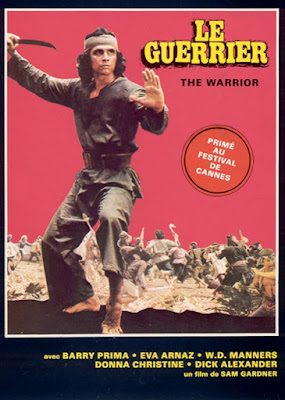 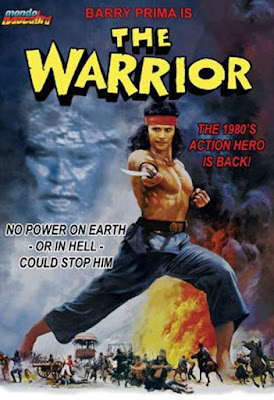 An English-dubbed version has been around for awhile and was released to video in the UK but this wasn't distributed here in the U.S. at all until Mondo Macabro released it on DVD in 2008. The first two sequels were also English dubbed for British release yet haven't been released in America.