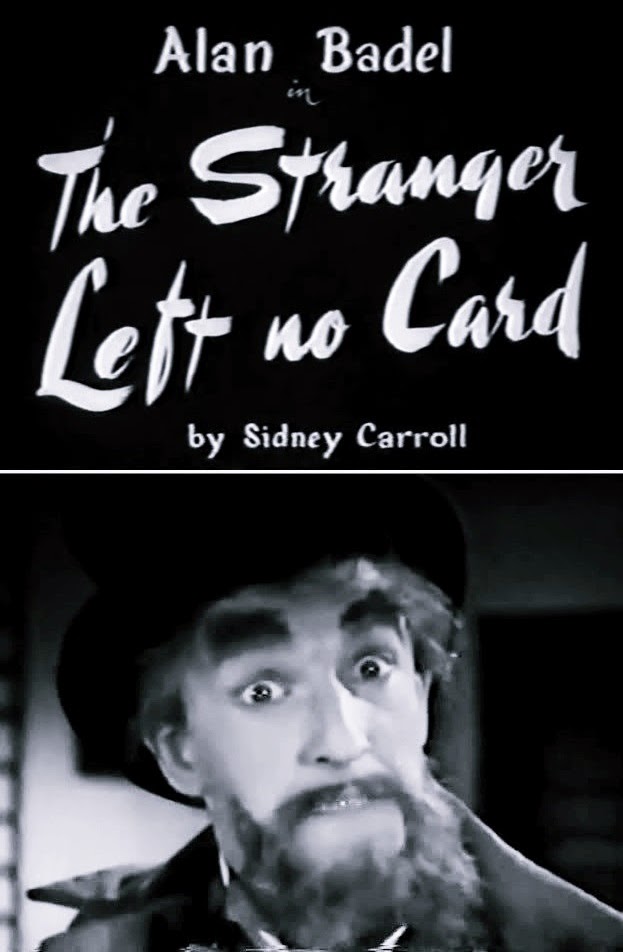 
Alan Badel (who narrates) stars as a peculiar, bearded, presumably mute man with bushy eyebrows and baggy patchwork clothes who shows up one sunny day in a small town. Merrily twirling his umbrella as he prances through the streets wowing the children with showers of confetti and magic tricks, the man manages to turn the heads of everyone he encounters and charms all of the townspeople in just a week's time. But the strange, unknown vagrant (who is jokingly referred to as Napoleon after signing Napoleon Bonaparte on a hotel register) is actually up to something much more sinister, which involves a wealthy and corrupt banker named Mr. Lathan (Cameron Hall).

A very well-done b/w short written by Sidney Carroll; this manages to alternate between amusing and eerie and packs more mystery and intrigue into its 23-minute run-time than most feature length films. It's nicely photographed, has a deceptively whimsical music score from Muir Mathieson, is a great showcase for silken-voiced British stage actor Badel (who claimed to do films only when he needed money) and concludes with a clever open ending. Director Toye and Badel would re-team for the even-better short 'In the Picture' (contained in the 1955 anthology THREE CASES OF MURDER) a few years later. Toye would also remake The Stranger for the TV series Tales of the Unexpected. That version starred Derek Jacobi and was also the debut of a very young Jennifer Connelly. Stranger won the Best Fictional Short Film at the Cannes Film Festival and played several times on 50's TV on the program Omnibus.

Never officially available on either VHS or DVD, this film is available for view on YouTube (see below) and is highly recommended.