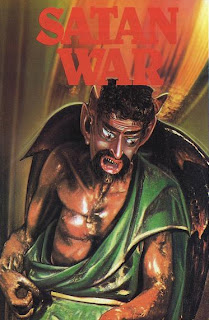 
An off-screen narrator kicks things off with the following brief disclaimer: The film that you are about to see is based on real events that have taken place in the world of the supernatural. The order and sequence have been changed in some instances for dramatic emphasis but each supernatural occurrence depicted in this film has its origin in fact. Only the names and places have been changed to protect the innocent and any resemblance to anyone, living or dead, is purely coincidental. Now let that sink in for just one moment... Real events... only the names have been changed... any resemblance to anyone is purely a coincidence... Ha! In the summer of 1976, somewhere in America, Louise Foster (Sally Schermerhorn), a public school teacher, and her husband Bill (Jimmy Drankovitch), move into their new three bedroom "dream house." The home comes complete with such 1970s luxuries as a garbage disposal (ohh!), a "real dishwasher" (ahh!) and even "a backyard with trees and flowers" (wow!), but they're a little skeptical about why they got the place so cheap. As the newlyweds are moving in, neither seems to be themselves. Bill yells and curses and Louise can't stop sobbing. A cross they hang on the wall keeps turning upside down, someone knocks at the door but when they go to answer it no one is there and a coffeepot boils over with some awful-smelling thick brown substance that resembles melted chocolate. Bill keeps seeing a figure lurking around outside and a chair slides across the floor, hits Louise and knocks her to the ground. They're awaken later that night by the sounds of someone in their kitchen but no one is there, then the house shakes and lights flash. Quite an eventful first day in their new home, I'd say. 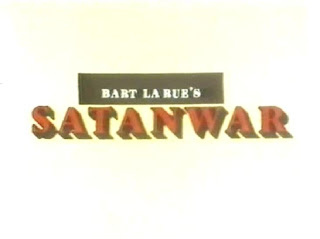 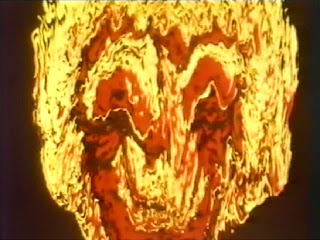 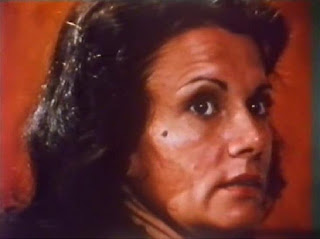 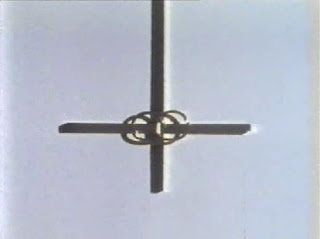 The numskulls naturally remain in the house and Bill tries to pacify his hysterical wife by explaining these clearly supernatural events away, including a cross flying off the wall right in front of them. But the strange shit keeps happening. The oven keeps getting turned on by itself, the phone rings and nobody's on the other end and a stinky substance that looks suspiciously like pizza dough mixed with green food dye leaks out of the cupboards and refrigerator. When Bill finally questions whether their home is occupied by evil spirits, Louise responds "A haunted house? I don't believe in that kind of thing!" despite earlier having her breasts groped by invisible hands while washing dishes in the kitchen. The two leave and go to the beach where Louise suddenly changes her tune about the possibility of ghosts; "... someone touched me... all over. It was like I was being molested but there wasn't anybody there." The two make a joke out of it ("I'm not going to be molested day and night just so you don't have to take out the garbage!") and return home. Louise stops thinking it's so funny when the ghost knocks her onto the bed, pins her down and then rapes her. Evelyn (Jane August), their psychic friend, swings by for a visit and immediately informs them that they need to leave because the home was built on a plot of land where dozens have died and is now overrun by demons. 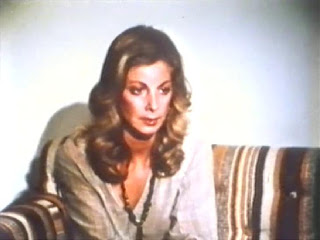 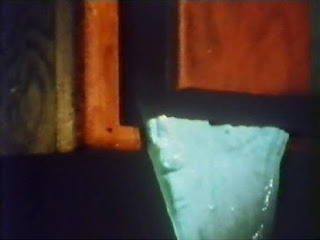 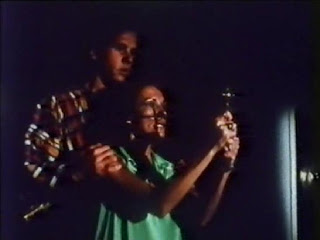 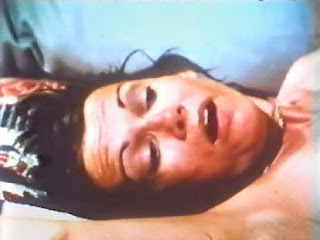 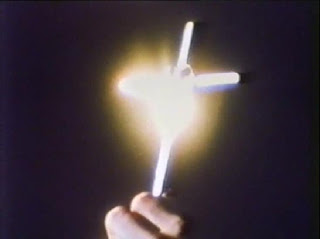 Because they've sunk all their money into the home, Bill ignores Evelyn and tells his wife "We're going to stay and beat this thing!" He tries to use their crucifix to perform his own exorcism ("In the name of the father, the son and the holy ghost I order you to get out!") but a black robed figure brandishing a butcher knife shows up to chase them off. And then something truly strange happens... the story with Bill and Louise and the haunted house abruptly ends with the couple just hopping in their car and leaving at the one hour mark. And yet there's still 15 minutes left to go. To push this to the "feature film" point it needed to be, the director decided to fill up the rest of the time with a narrated, completely unrelated voodoo ritual (shot mainly from a distance) with a man playing bongo drums and dancers gyrating around for an excruciatingly long 15 minutes. You'll soon be asking to be put out of your misery or, like me, just fast-forwarding through it. 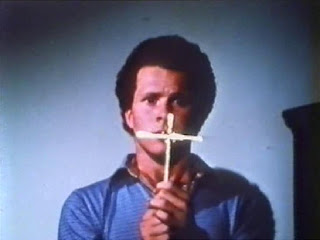 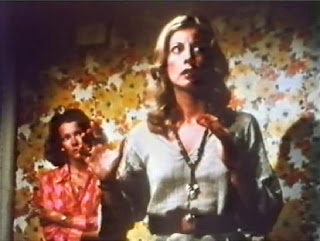 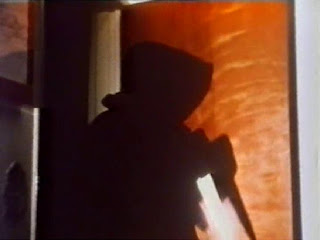 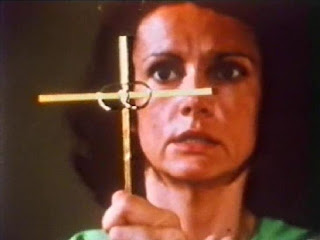 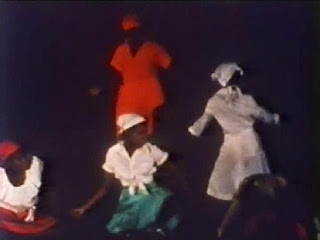 Satanwar is appealing in its rarity for genre connoisseurs, but that's really all it has going for it. The first hour is slow, repetitive and deadly dull in its familiarity. Aside from one brief scene, it's all filmed in one house. There are a hundred shots of the crucifix on the wall, dozens of the coffee pot and long scenes of the characters cleaning up messes and walking around. As for the actors, they all appear to have been dubbed in post and are terrible enough to provide a few chuckles here and there. Especially awful is the whiny, frail-sounding actress who provided Louise's voice. The synthesizer music score sounds like an annoying ambulance siren and it never seems to stop. It does however precede the later Demon Rage (filmed 1980; released 1982) and the big budget The Entity (filmed 1981; released 1982) is the 'raped by a ghost' sub-genre. Both Rage and Entity were based on the same "true" story of a woman who claimed to have been repeatedly sexually violated by an evil spirit. Satanwar doesn't credit any source, which may explain the tacked-on opening disclaimer.