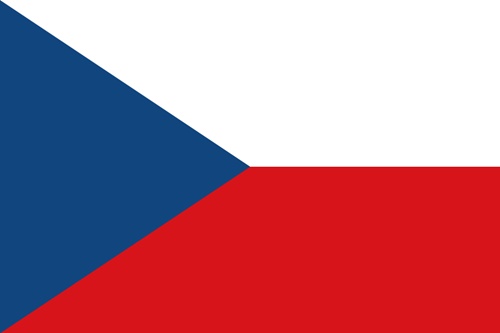 CZECHOSLOVAKIAN HORROR [1950-1990]
What is now Czech Republic and Slovakia was previously Czechoslovakia and it's had a number of changes in both government and land size over the years. One thing that remained fairly consistent is its strong film industry. Though Czechoslovakia didn't gain sovereignty from the Austrian-Hungarian Empire until 1918, film activity was present in the area going as far back as 1898 and the shorts of Jan Kříženecký. There were even a few genre films produced way back then, including Jan Arnold Palous' macabre black comedy short Nocní des / "Night Terror" or "The Nightmare" (1914), which involved the disposal of a corpse. Other genre films popping up in the silent era after Czechoslovakia was established include Jan S. Kolár's Príchozí z temnot / "Arrival from the Darkness" (1921), involving alchemy and a man being brought back to life, Theodor Pistek's Svatební kosile (1925), which involved a boyfriend back from the dead and Kolár's Mrtví zijí ▼(1922; aka The Dead Are Living or The Mysterious Doctor of Prague) and Alfons Bohumil Stastný and Drahos Zelenský's Sílený lékar (1920), both of which involve the exploits of mad doctors. For most of these titles, all that still exist are stills and / or film fragments. 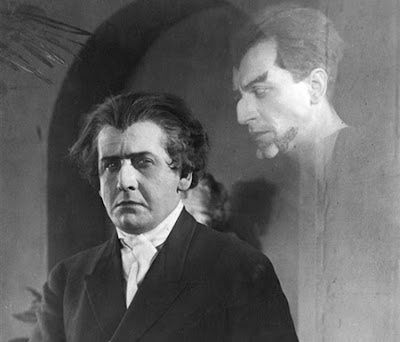 Barrandov Studios, the countries largest film studio and also one of the largest in Europe, was formed in 1933 (and still exists to this day). However, there would only be the occasional genre film in the 30s (like the 1936 French / Czech co-production Le golem directed by the French Julien Duvivier) and 40s (Jiri Slavicek's Podobizna / "The Portrait" [1948], involving a cursed painting), and none that I'm aware of from the 50s. A lot of that had to do with World War II and the aftermath. Many of the top artists fled during that time while some others were killed by Nazis. Following a communist coup in the late 40s, the Czech film industry became nationalized, which also had a detrimental effect when it came to pure artistic freedom. After a period of Czech New Wave in the 1960s, the country then faced the Warsaw Pact and Soviet control and even more censorship, which prompted other top directors to leave. One of those was Milos Forman, who ended up in the U.S. and found great success with One Flew Over the Cuckoo's Nest (1975), which won him a Best Director Oscar, and subsequent films.
With all that said, it's rather surprising then that there's a decent amount of Czech horror over the course of the next few decades. Even when live action horror was frowned upon, horror remained well represented through the dark, adult-themed stop motion animation of artists like Jirí Trnka (below, left) and Jan Svankmajer (below, center). Animation also served as an ideal platform to hide various politcal and social messages that likely wouldn't have otherwise passed censors at the time. The much better-known Svankmajer, who tackled everything from Lewis Carroll to Edgar Allan Poe along with his original stuff, even cultivated a strong global fan following for his work.

Another director that certainly needs singled out is Juraj Herz (above, right), who gained international recognition with his extremely bleak and creepy The Cremator (1969), which centered around a deranged mortician and his highly-disturbing thoughts. According to the director, his next genre offering Morgiana (1972) was deemed so eerie that he was "forbidden" from making any other films for the next two years as punishment from the government. Nevertheless, he continued on with the Gothic horror spin on Beauty and the Beast (1978's The Virgin and Monster), which features a unique bird-like "beast," Ferat Vampire (1982), which involved a race car that runs on human blood, and other genre films.
A number of other Czech horror films from this time have went on to a large following, most especially Jaromil Jires' surreal coming-of-age fable Valerie and Her Week of Wonders (1970), which started gaining traction with mid-2000s DVD releases in the U.S. and UK before becoming even more famous after Criterion Collection took it under its wing. It is now easily one of the most popular and most viewed of all of the films listed below, only really rivaled by two stop motion films: Jirí Barta's The Pied Piper (1986) and Svankmajer's Alice (1988) ▼. However, there are a number of seldom-viewed gems that deserve to be better known than what they are, including notable New Wave director Vera Chytilová's unique Wolf's Hole (1987) and Jirí Svoboda's visually stunning Uncle Cyril (1989). I'm hoping to discover more of these. 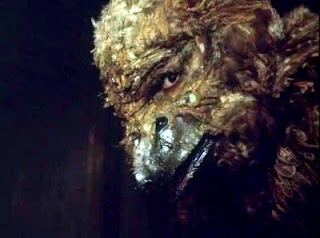 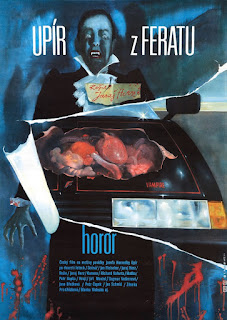 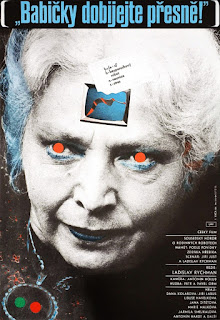 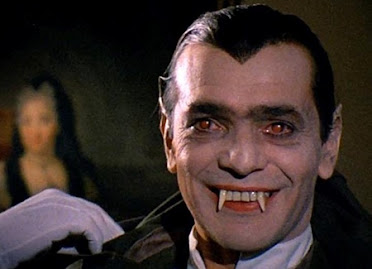 Hi,
just to inform You that I haven't forgotten about the lists, I have read them and enjoyed them very much. I really can't provide any help with Latin America, but I think I would be able to provide a little help with Czechoslovakia. I would compare Your list with my notes from 6-7 years ago this week and inform You about interestng finds I can provide.

Keep up the good work

Thank you! I found close to 50 and figured it would extend beyond this original list with a little more digging. Have a few other Eastern European countries about done which should be posted sometime soon.

OK, I am seriously late on this, but here are few suggestions (more to come):

Vodnik (1955) - animated (puppets) film based on the story based on the story from Erben's "Kytice", also adapted in film "Kytice" from 2000
O věcech nadpřirozených (1958) - three-stories anthology, the last one could be put into the horror genre
Neviditelný (1965) - TV film based on the same story as "Prokletí domu Hajnů"
Cukrář (1968) - obscure amateur horror
Guláš (1989) - another obscure film

No problem at all. Speaking of seriously late, I still have about 20 of these other indexes basically finished and just need to get around to writing the intros and such. Big thanks for all of these new additions! Hopefully I'll be able to find some of these films.

And I just saw that Czechoslovakia has now passed 50 films threshhold.

From the top of my head, I have few additional suggestions, some of them are maybe more doubtful if they should be included:

Faustův dům (1977) - puppet version of Faust story
Romance Helgolandská (1977) - adaptation of Jan Neruda's ballad
30 případů majora Zemana: Studna (1978) - technically, it doesn't meet Yout criteria for TV episodes (outlined in Italian section), but it can be viewed separately from the rest of the TV series and it has a cult status in Czechoslovakia (and is also the only episode described as "horror")
Noční můry Nadi Urbánkové (1970) - horror-inspired TV musical, directed by Juraj Herz

Thank you for all of the additional titles. I will be checking some of these out when I circle back around to this country. In the meantime, going to throw some links down here so I know where to find some of these when I'm ready...

Noční můry Nadi Urbánkové (1970) (another decent print but no subs either, though I skimmed this a bit and it looks pretty amazing!)
https://www.youtube.com/watch?v=6UldJFiogz0

It's me again. Just a couple of notes on Czechoslovakia.

Few additions:
"Konečná" (1970) - short film, most likely made on the film academy
"Jsouc na řece mlynář jeden" (1971) - short animated film by a director who is already featured twice on Your list
"Záhada Freyského opatství" (1980), directed by Petr Hvižď, based on "Boulter's Canaries" by Keith Roberts. It was an amateur film by a director who was moderately successful as a TV director (mostly in documentaries) during the 1990s. While unavailable online, it was shown recently, for the anniversary of his untimely death.

One possible additions:
"Don Šajn" (1969) - Švankmajer's take on the story of Don Juan

One question:
"Císařův pekař - Pekařův císař" ("Emperor and the Golem") was recently shown on the TV in my country and I have seen it after five or so years. While it is not really horror (the golem doesn't have a too big role), I saw it listed on Your blog on "E" index page. Do You plan to include it or it is some kind of a leftover?

Thanks for the new additions!

"Císařův pekař - Pekařův císař" ("Emperor and the Golem")... While it is not really horror (the golem doesn't have a too big role), I saw it listed on Your blog on "E" index page. Do You plan to include it or it is some kind of a leftover?"

When I first started here I carted over a lot of movies that IMDb had classified as horror, which is possibly how this ended up in the E index. I see that it's now comedy / fantasy in the classifications so perhaps it doesn't belong on the list at all?

It's also possible that I included it because it was released in 1952 and genre pickins are extremely slim for this particular year. I just BARELY managed to make a Top 10 not too long ago so I may have thrown it on as a possible inclusion. For the few years with barely any horror releases (1950 - 1952, plus 1954) I've had to pick the closest thing to horror of what's available to complete a Top 10 lists. I *still* haven't been able to fill a Top 10 for 1950, 1951 or 1954.

Most of the time I keep every movie currently listed until I have a chance to watch them regardless of whether or not the classifications have changed on movie sites. Nearly all I've found are horror enough to stay but there's the occasion where I'll watch one, not feel like it's even remotely genre-oriented and then just delete it from the index. Not sure how this one would go with me but I want to see it regardless. :)

From what I gathered, it had a premiere in the capital (Prague) on 28 December 1951 and in the rest of the cities a week later, so it would qualify to fill the 1951 list.

Well, I prefer Your approach, since the defition of "horror" varies from person to person and, in a project like this, I think it is better to be on the inclusive side, with a note in the country indexes about the "rejects".

Considering the "Císařův pekař", I would classify it as period comedy with fantasy elements. However, since 1951 was really slim on horror (and most of the Asian films are hard, if not impossile, to see), it is maybe worth watching even for the project. As a film in general, I like it very much, although I am sort of an addict for Czech comedies, so maybe not the most objective person.

Appreciate the feedback on this one. I wasn't even sure of this film's status but I easily found it under the title "The Emperor's Baker" on Youtube. It's divided into multiple short parts but there are English subtitles!

Going to throw this link down as well so I remember...

And I have just recently found that there was an adaptation of Balzac's classic "La Peau de chagrin", translated as "Šagrénova koža" (1972). Unfortunately, even the main actor wasn't able to find a copy of it, as he stated in an interview :(

And it seems both of us have missed "Sestřeničky" from the late 80s...

Also "Sama uprostřed noci" (1989) is a strong candidate for the lsit, but I couldn't find it to confirm.

At one point I was wondering if there'd even be 50 but it looks like there are far more than I realized! This weekend I'm going to update the list with your additions.