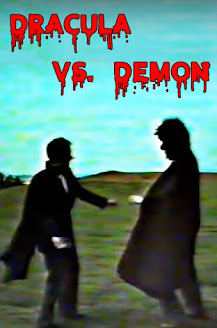 Directed by:
Brian Davies
Tom Maylott
This 20 minute amateur short was a collaboration between Classic Vision Productions (which would soon change its name to VideasFilms) and Vintage 8 Productions. While the former was Davies' company, which went on to produce a number of other shorts, the former appears to have been co-director Maylott's company, which does not appear to have produced anything else. While trying to look further into Vintage 8 led to an immediate dead end, looking into Maylott himself opened up a wealth of interesting information... though not in the ways I'd imagined! Maylott has always maintained he worked at Hammer Films as a make-up artist on such movies as Dracula: Prince of Darkness and The Reptile. In an article published by Kent Online, he claims he worked "for more than 20 years" for Hammer. Problem is, he never received any credit for his work (he doesn't even have an IMDb page) nor is there a single stitch of evidence to back up his claims. You'd figure if you worked at Hammer for several decades with huge stars like Christopher Lee you'd at least take a few photos of your experiences or at the very least would end up in someone else's photos. Nope. All Maylott has presented is a photo of him, looking like any other starstruck fan in a Hammer t-shirt, shaking Lee's hand.
Since at least 1987 (!!), Maylott has been attempting to produce and star in his own feature-length vampire film. In 2014, he created a venture called the Hammer Film Preservation Society and was hoping to make something called Dracula Walks the Night. The title was changed the following year to The Mark of Dracula. A ridiculously bad and cheap videotaped teaser trailer was made and uploaded to Youtube, I'm assuming to try to get investors... but still nothing. By then he was billing himself as "The World's Shittiest Dracula" (?!) Apparently there have been several instances where a film would actually begin shooting only to be aborted at an early stage, leaving behind a huge, disgruntled army of people who felt they've wasted their time, talent and / or money dealing with him. On various message boards, actors bitch about him wasting their time posting constant casting calls that lead to nothing, writers bitch about him hiring them to do scripts and then flaking out and people have come forward claiming to have invested their own money and accusing Maylott of ripping them off. I don't know what is or isn't true here, but considering Maylott's been at this for over 30 years and nothing's come of it thus far, I'm smelling con artist. Maylott is now well into his 70s and, amazingly, is still at it today! 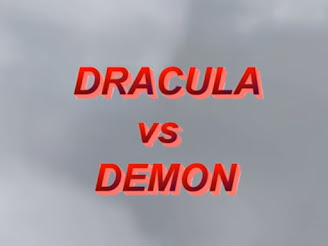 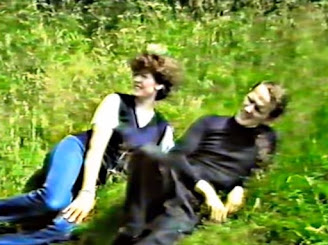 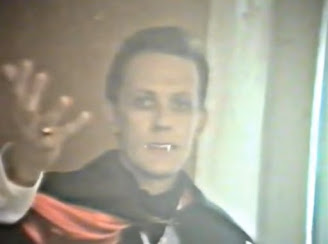 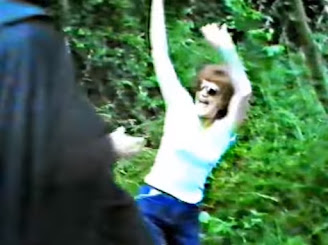 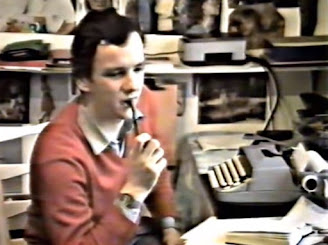 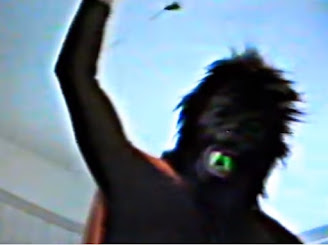 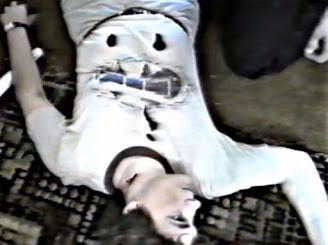 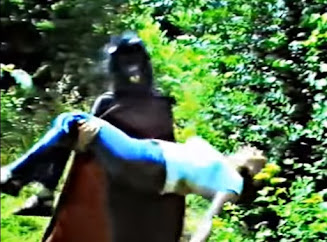 Simon (Maylott) and his girlfriend are walking in a park when they find a ring with strange engravings hanging from a tree branch. Simon slips it on only to realize it won't come off. As soon as he gets home, he passes out and transforms into a "demon" in a cheap rubber werewolf mask and cape. He attacks two women walking through the woods and kills one of them. He then tracks down the other and kills her too. Meanwhile, a long-haired blonde witch (only seen from behind and clearly played by a man!) mixes up some concoction that causes a box to smoke and resurrects a vampire (who's also played by Maylott).
Thinking the murders he's committed are nightmares but still concerned he's woken up with actual blood on him, Simon goes to see psychiatrist / writer / occultist Dr. Hurst (Davies). The doctor examines the ring and notices it has hieroglyphics on it. Upon consulting a book, he discovers the ring is 2000 years old and, according to legend, belongs to a demon called Malloquin who was "banished to another dimension" by Satan himself. And that other "dimension" is apparently modern day Earth. In order to return to Hades, Malloquin must kill 99 women and he's using Simon as the means to do this. The vampire and demon cross paths and then the vampire and Dr. Hurst, who apparently moonlights as a vampire hunter ("Eat your heart out, Peter Cushing"), cross paths and not everyone will make it out alive. 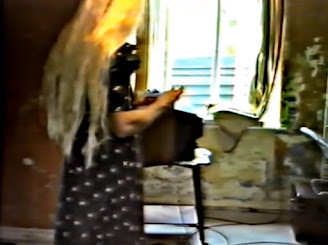 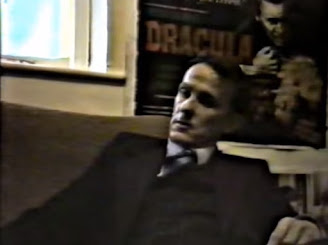 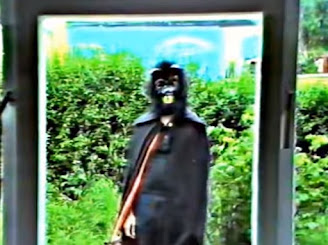 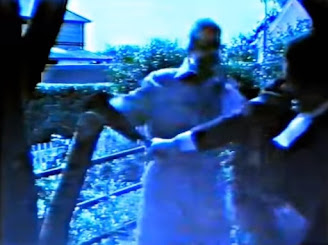 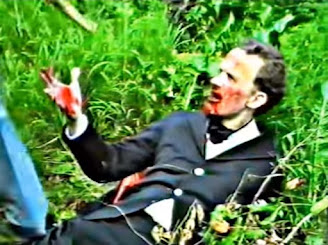 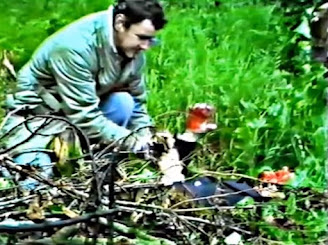 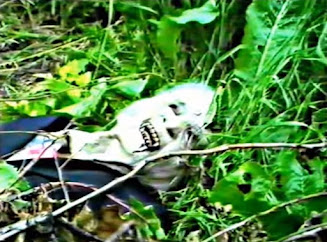 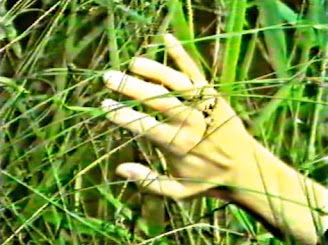 Davies had compared this to Ed Wood but that's being far too generous as Wood movies are typically at least entertaining. As for Maylott, credited here as star, co-director and co-writer, I'd assume any future collaborators, whether it be a starving actor desperate for employment or someone with a little extra money looking to invest in a movie, would turn around and run in the other direction after viewing this. The only pluses are a couple of unintentional laughs in the form of flubbed lines and scenes where the star seems to have a difficult time opening a door or when he's running, his cape accidentally flops over his head and whoever is holding the camera starts laughing.
NO STARS!
Posted by The Bloody Pit of Horror at 8:24 PM 2 comments: