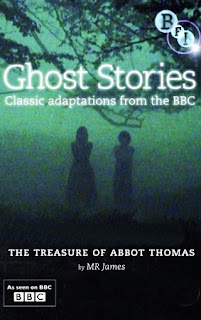 ... aka: Ghost Story for Christmas: The Treasure of Abbot Thomas


Wealthy Lady Dattering (Virginia Balfour) hasn't quite gotten over the death of her husband and as a result conducts a séance every evening in hopes of contacting his spirit. She's even invited a shady married couple; Mr. and Mrs. Tyson (Frank Mills, Sheila Dunn), to come live with her. The Tyson's possess what they call “the gift” and claim to be in tune with the spirit world. Lady Dattering's bright, clever, college-aged son Peter (Paul Lavers) suspects the couple are a fraud leeching off his gullible mother's hospitality, so he goes to the church and asks friend and mentor Reverend Justin Somerton (the excellent Michael Bryant) to come to one of their gatherings to help prove it. The couple have supposedly been in contact with a spirit guide named Father Dominic who's been relaying messages to Lady Dattering from her late husband by possessing Lady Tyson and using her as a mouthpiece. Using Latin, Justin is able to expose the duo as con artists and they're quickly shown the door. The experience however gets both Peter and Justin more interested in the spirit world and they begin tampering with things best left alone. 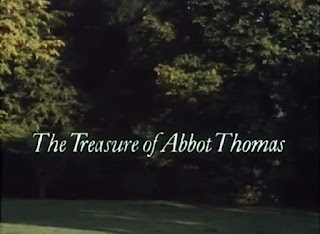 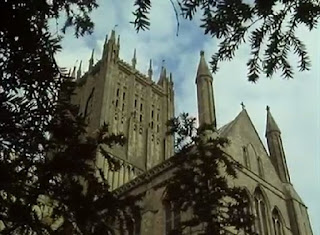 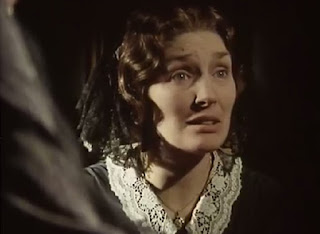 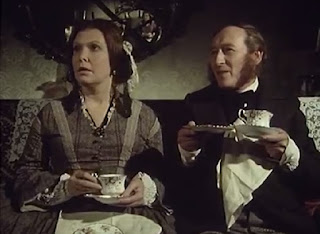 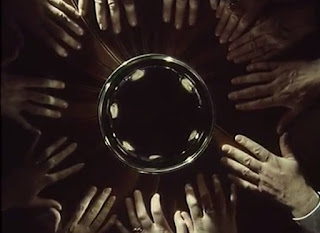 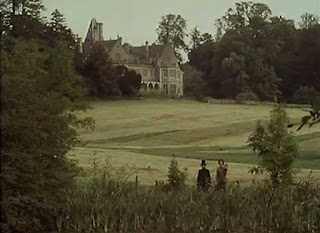 According to some old church documents, a 15th century churchman named Abbot Thomas was practicing the black arts and alchemy and was sentenced to death as a result. Rumor has it that before he could burn he was whisked away by Satan himself but not before revealing that he'd hidden a cache of gold somewhere on the grounds of the monastery where Justin works. Teacher and pupil then begin examining the church grounds, starting with taking photographs of an ancient stained glass mural to bring out further detail. In one of the photos they notice a strange black smudge over one of the images that doesn't appear in any of the other photos. Further inspection of the smudge reveals it is one of the many gargoyles lining the church roof. From there, the men start to put together pieces of a very elaborate puzzle, which requires transcribing Latin and figuring out the hidden meanings in the text and images on the mural and using math to decipher cryptograms found hidden behind layers of paint. All fingers end up pointing to an old underground tomb in the church graveyard and exploration of that proves yet again that some riddles are best left unsolved. 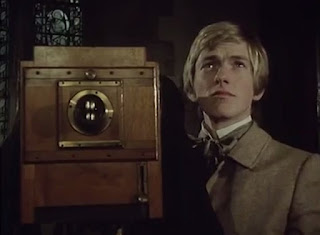 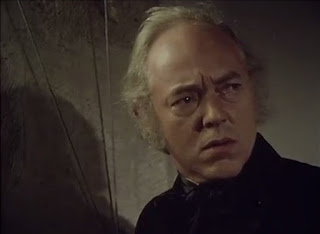 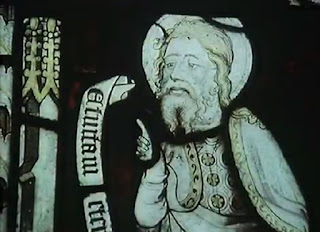 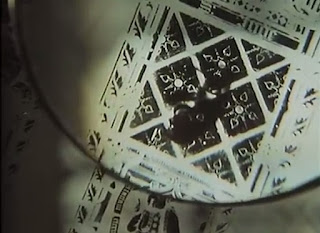 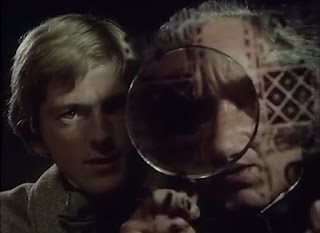 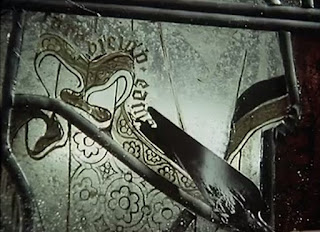 This was the fourth of eight entries in the first crop of BBC Ghost Story for Christmas presentations and was based on the M.R. James story of the same name, which was contained in the collection Ghost Stories of an Antiquary published in 1904. Like many of James' stories it centers around academic types whose realist beliefs get turned upside down by a taste of the supernatural. Many of the protagonists in these stories are cynics who happen to have their own spiritual beliefs yet still doubt the potential of an other-worldly evil manifesting itself in the real world and that ends up eventually hitting them where it hurts. This one has all of that, is very well-acted, atmospheric and efficiently directed; adeptly mixing mystery and ghost story in that measured, moody, subtle way the Brits seem to excel at. The 37-minute running time moves things along at a brisk pace and this also happens to have one of the most chilling conclusions of any of these adaptations, which is pretty much the main point. 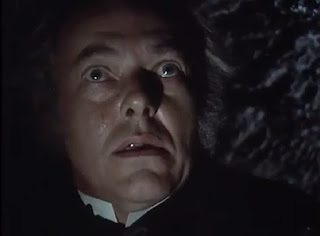 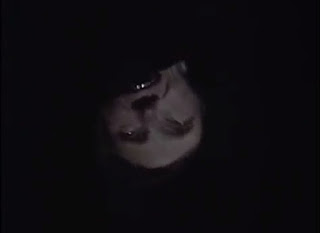 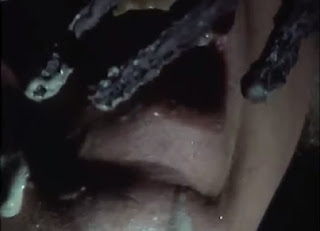 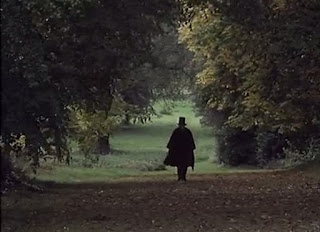 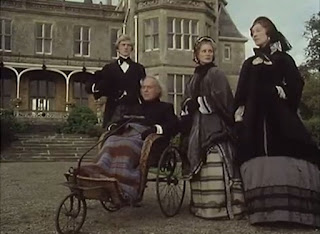 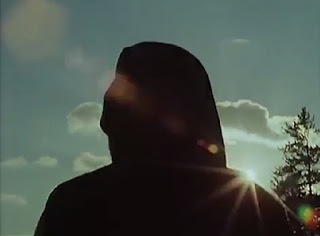 THE ASH TREE and LOST HEARTS were also adapted from James' Antiquary by Clark for the annual 70s series. When the series was revived in 2005, Pier Wilkie tackled the story Number 13. Prior to the Christmas series, Jonathan Miller had adapted WHISTLE AND I'LL COME TO YOU (1968) for the BBC series Omnibus and numerous other stories from the collection were filmed for the Mystery and Imagination (1966-68) series.