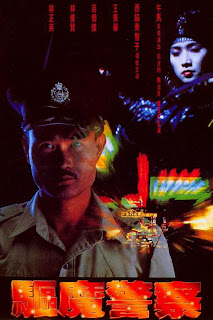 Primarily known as Magic Cop (the title of the print I viewed), this was also released as the fifth entry in the popular Mr. Vampire horror-comedy series even though it has no real connection to the other films. The common link is the casting of actor Ching-Ying Lam as our hero. Lam became famous in his homeland for playing the wise, level-headed, straight-faced unibrow-sporting taoist priest in the first three Mr. Vampire entries and has a somewhat similar role here as an adversary of evil who uses both his martial arts skills and his knowledge of ancient magic to take on the undead. The differences? For starters, the film is set in modern day Hong Kong instead of having a period / feudal setting. Second, though Lam's character is knowledgable in all things magic, he's not a priest. He's a cop. Third, both the tone and the humor are much different. As opposed to the goofy slapstick and bumbling idiot characters prevalent throughout the other four Mr. Vampire titles, this leans more toward witty dialogue and putting its relatively normal characters into crazy situations to get its laughs. Finally - and why this film doesn't really fit into the Mr. Vampire series at all - is that it doesn't even contain any vampires! The "creatures" in this one including a sorceress / witch and zombie henchmen. 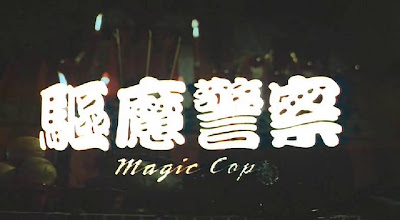 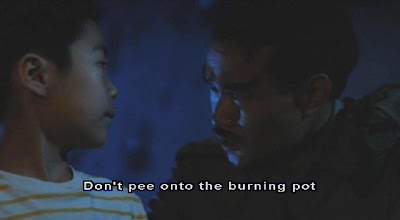 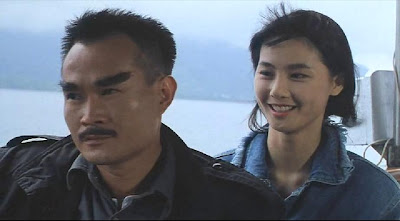 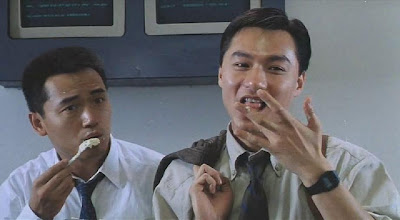 The whole thing actually plays out like a buddy / cop thriller, somewhat similar to stuff like 48 HRS. and LETHAL WEAPON, but with supernatural and horror elements added to the mix. The biggest and best surprise of all, is that this is an grandly entertaining and imaginative little comic thriller superior to ALL of the Mr. Vampire sequels. In fact, I think it's every bit as good as the original in that series (which is pretty damn good). 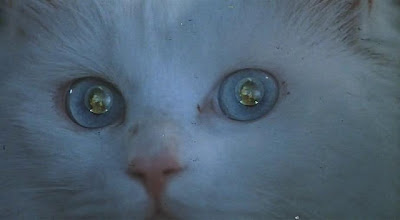 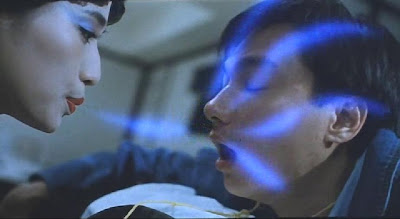 Posing, respectively, as a waiter and pianist, Sergeant # 22376 (Kiu Wai Miu) and Detective Lam (Wilson Lam) attempt to pull off a drug bust in a restaurant. Spotting a strange, pale. emotionless woman sitting all alone with a briefcase, they attempt to question her and soon realize the woman possesses inhuman strength. After she throws several men across the room and drags others around with ease (including a guy handcuffed to her leg!), the woman is struck down and killed by a car while attempting to cross the street. The police force drafts senior officer Uncle Fung Zee (Lam) in from the country to help in their investigation. Upon arriving, Fung is annoyed to realize that the modern big city cops are cynical about both ancient customs and the presence of the supernatural. But when the autopsy report comes back stating the woman had technically been dead seven days before being hit by the car, Detective Lam (who is assigned Fung's partner on this case) is forced to reconsider his beliefs. 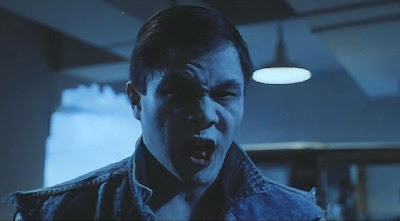 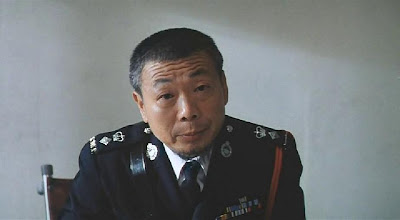 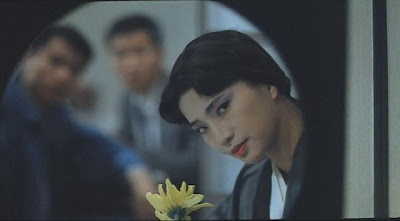 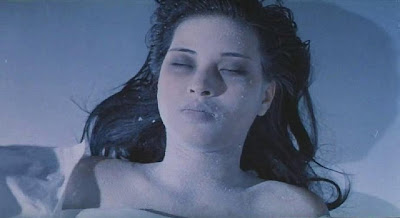 Heading over the police department is crooked, wheelchair-bound Officer Ma (Ma Wu, another Mr. Vampire series vet), who used to be Fung's partner back in the day. The two men don't get along at all, but Fung decides to suck it up and deal with him if it means being able to crack the case. Ma insists Fung - along with his chirpy niece Lin (Mei-Wah Wong), who's tagging along on the trip - stay with Lam while he's in town much to the detective's initial chagrin. The following day, Fung uses powers to help track down the dead woman's musclebound drug dealer boyfriend Eddie (Frankie Chin). He manages to get away and goes back to the leader of the drug trafficking / crime ring he's a member of; an evil, nameless, very powerful sorceress (Michiko Nishiwaki). She immediately uses her powers to hang him, but later resurrects him as a powerful zombie henchman by casting a spell and driving a spike through his head (similar to how the zombies were controlled in the Shaw Brothers film BLACK MAGIC, PART II). Here though, the spikes are made of ice and melt before the authorities have a chance to place two and two together. 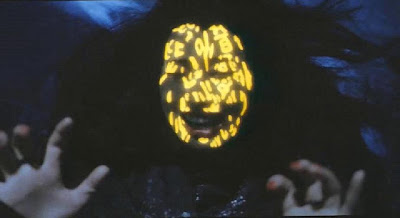 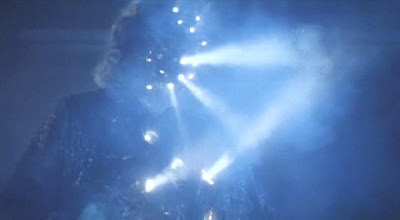 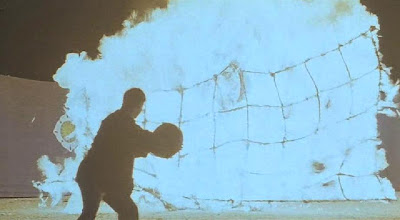 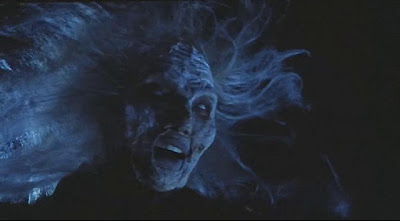 The sorceress has all kinds of special powers. Even a strand of her hair can cut through glass. She also has an animated multi-purpose rope that can grab whatever or even impale people. During one sequence, she breaths a blue orb into one of our heroes, which freezes his body and must be extracted and destroyed (using heat). During another sequence she traps Fung in a room with bouncy walls that make everything that touches them ricochet off and tries to kill him using flying floor tiles, a huge fireball and her karate-fighting servant (Billy Chow). Some of the charms our heroes use to help fight off evil include a special jade necklace and a circular mirror with calligraphy (a spell) inside. 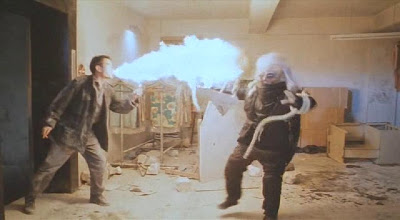 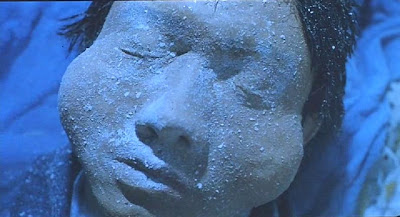 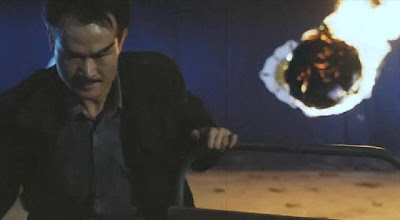 You really can't ask for much better as far as action-horror-comedies are concerned. The earlier character building scenes have a certain charm to them thanks to a charismatic cast, it's often very funny and the last 30 minutes of action, horror and special effects are excellent. 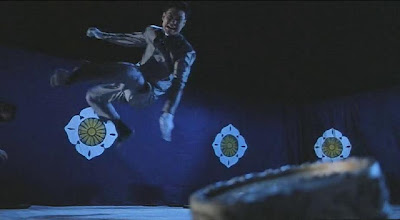 It was written by Kan-Cheung Tsang, who also scripted THE GOD OF COOKERY (1996), SHAOLIN SOCCER (2001) and KUNG FU HUSTLE (2004); all of which were big hits in Asia and had crossover success in America. Director Tung, better known as an actor, stuntman and fight choreographer, only directed a few other movies. Shame.