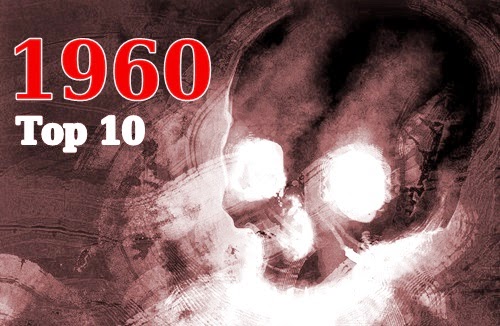 Where the previous decade was dominated by science fiction and (in the later half) Gothic horror, 1960 marked a big turning point in the genre with the release of Alfred Hitchcock's seminal Psycho. Though the film is noteworthy in too many ways to mention right here, its greatest impact in regards to how it helped shape the genre in the ensuing years is that its stripping away all fantasy and supernatural elements. Psycho's 'horror' was believable and hit close to home with its all-too-human "monster," Norman Bates (Anthony Perkins) in all-too-familiar location; a hotel off the beaten path, doing horrifying things that actually do occur in real life. The massively popular film was a huge hit with both critics and audiences of the day, becoming the # 2 box office draw its year only behind Spartacus. It went on to garner four Academy Awards nominations and a host of other accolades and it's certainly no coincidence it was one of the first horror films - after Frankenstein (1931) and King Kong (1933) - to be selected for preservation by the National Film Registry. In short, Psycho is simply one of the most influential, successful and important genre films that's ever been made and easily earns its top placement here.

In the UK, Peeping Tom tread the same ground as Psycho, only earlier. Filming began in October 1959 (several months before Psycho began production) and it even hit London theaters months ahead of Hitchcock's film in April 1960. However, this time most critics were appalled by what they were seeing. The disturbing story of awkward loner photographer Mark Lewis (Karlheinz Böhm) and his penchant for killing women with a blade hidden inside a tripod while simultaneously filming said act was deemed beyond the pale of decency. It was banned in numerous countries, heavily cut in others, all but destroyed the career of highly-respected director Michael Powell and had some critics even suggesting the film should be tossed into the sewers where it belonged and its negative destroyed. All it took was time for the film's reputation to do a complete 180... decades, in fact. After amassing a small cult following of fans over the years, director Martin Scorsese stepped in and started championing the film, leading to a reappraisal. It's now considered one of the greatest British horror films ever made.

Though Psycho and Peeping Tom were pioneering films in the development of the psychological horror film, they were certainly not the norm in 1960. While sci-fi fatigue was setting in after a full decade of films about alien invasions, trips to Mars and radioactive monsters, the Gothic horror craze kick started three years earlier by Hammer was just starting to hit its stride. The three major releases in this field came from France, Italy and the U.S. In America, Roger Corman's Poe adaptation House of Usher, starring Vincent Price, became a huge hit, finally earned the hard-working director / producer some critical acclaim and eventually (in 2005) joined Psycho as an inductee into the National Film Registry. The notable Gothic horrors from France (Georges Franju's Eyes Without a Face) and Italy (Mario Bava's Black Sunday) were artful, astonishingly photographed and visualized efforts that also tested the limits of on-screen violence at the time. Eyes featured a long, bloody on-screen face-removal scene that raised eyebrows (and was promptly removed from most prints), while Sunday featured numerous gory moments that fell victim to censor scissors. Both Corman and Bava would contribute many other Gothic horror films in the years to come, many of which have gone on to be considered classics.

Another important film in the Gothic cycle was Roberto Gavaldón's Macario, an allegorical tale set during Mexico's "The Day of the Dead," which ended up becoming the very first Mexican film to be nominated for a Best Foreign Language Film Academy Award, Interestingly, it lost out to Ingmar Bergman's The Virgin Spring from Sweden, which went on to become the inspiration behind one of the most important genre films of the following decade: Wes Craven's The Last House on the Left (1972). Hammer itself was up to their old tricks with their take on Jekyll & Hyde, The Two Faces of Dr, Jekyll, and the vampire film The Brides of Dracula, which featured blonde David Peel as the vampire Baron Meinster because Horror of Dracula star Christopher Lee didn't want to play Dracula again. Four other non-Hammer films from the UK actually made a greater impression on me personally: the vivid, lurid and immensely entertaining Circus of Horrors from director by Sidney Hayers, the extremely atmospheric (and foggy!) The City of the Dead aka Horror Hotel from director by John Llewellyn Moxey, John Gilling's turn-of-the-century body snatchers tale The Flesh and the Fiends starring Peter Cushing and Wolf Rilla's creepy alien kids classic Village of the Damned. 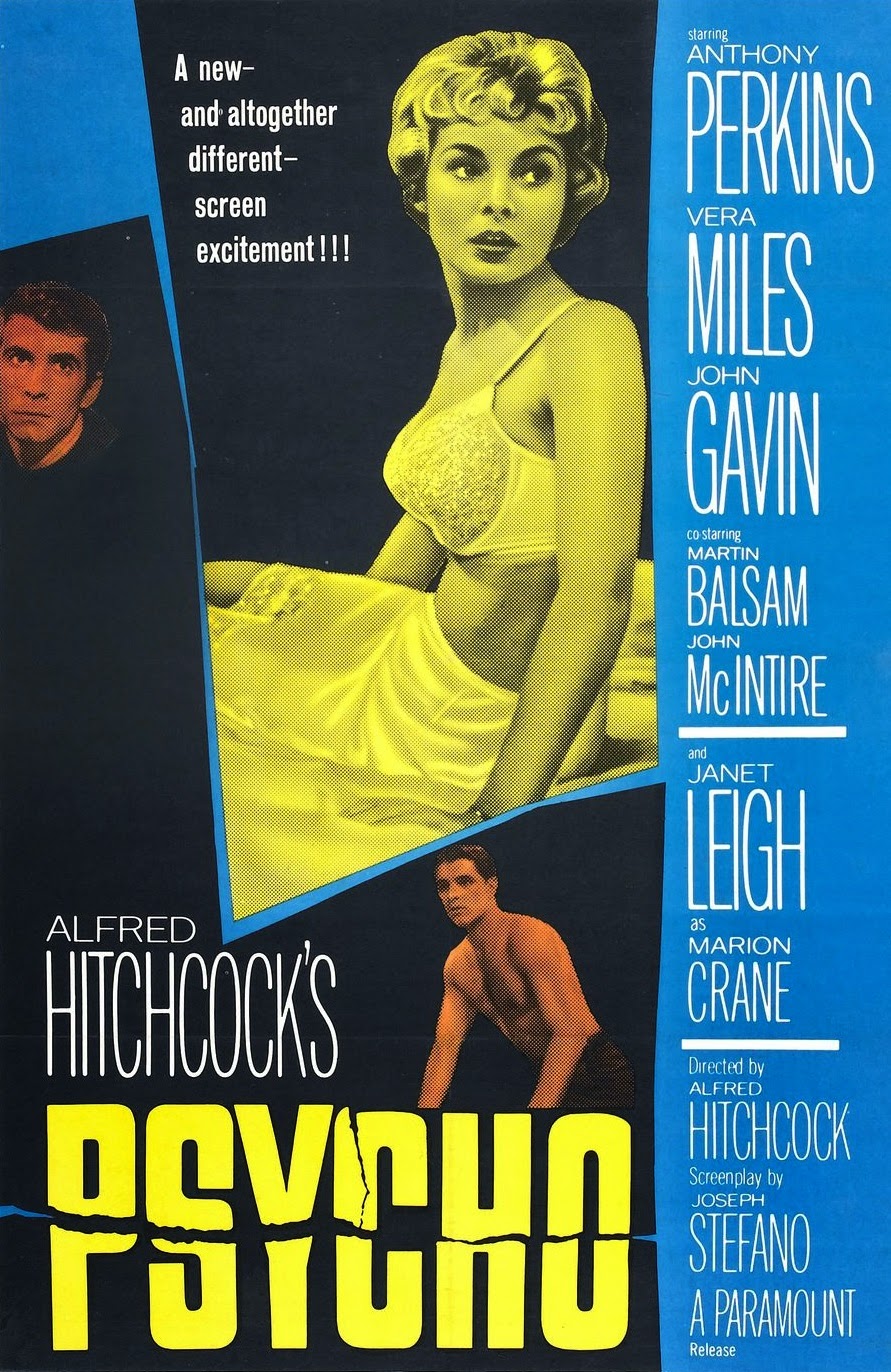 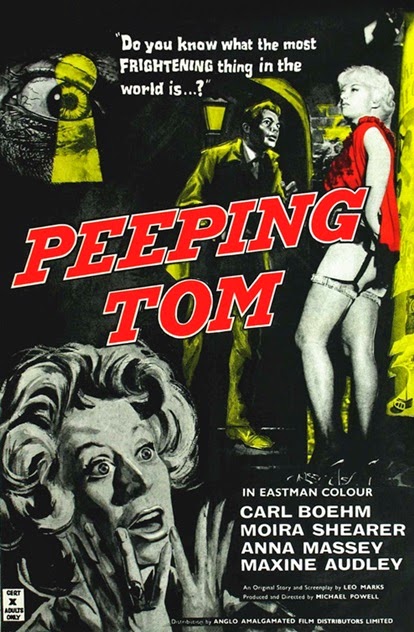 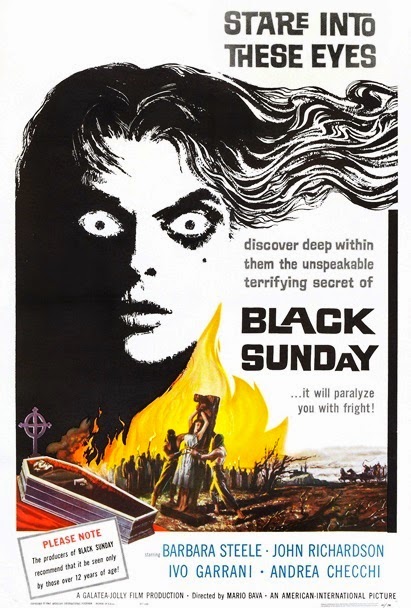 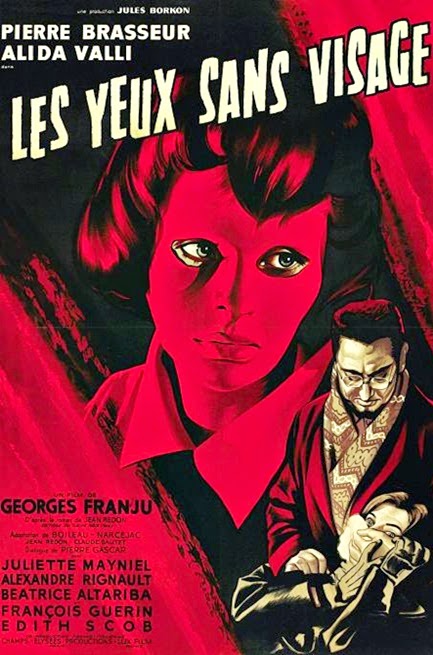 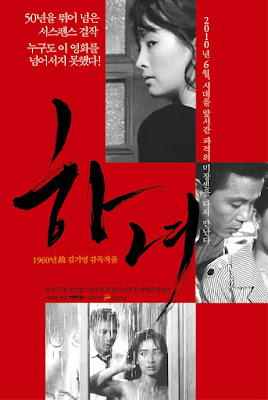 Posted by The Bloody Pit of Horror at 3:50 AM