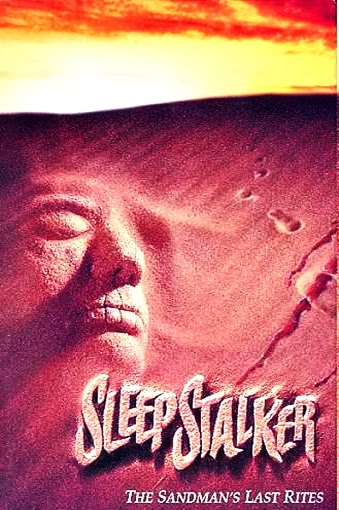 
If you asked a sample group of dedicated horror fans, "What has been the worst decade for the genre thus far?," chances are the majority would tell you it was the 1990s. Not that all 90s horror films were bad; there are actually many good ones from this time... Sleepstalker just doesn't happen to be one of them. In fact, this is the exact type of gimmicky, one-idea film that ran rampant throughout the decade that gives the 90s horror haters their case in the first place. Slasher films in particular had gone incredibly stale by this point. Jason, Freddy, Michael, Pinhead, Chucky and Leatherface had literally bled the sub-genre dry throughout the 80s and early 90s. By the time the mid 90s hit, desperate filmmakers were coming up with some of the dumbest and most absurd concepts imaginable to try to keep the ball rolling. It wouldn't be until the following year that Scream (1996) revitalized things. Only Scream ultimately ended up having an even more disastrous effect on these kind of movies (crippling the second half of the decade) when everyone started annoyingly trying to copy the smart-ass characters, constant "clever" film references and self-aware humor. But that is another story for another day... Now back to Sleepstalker... 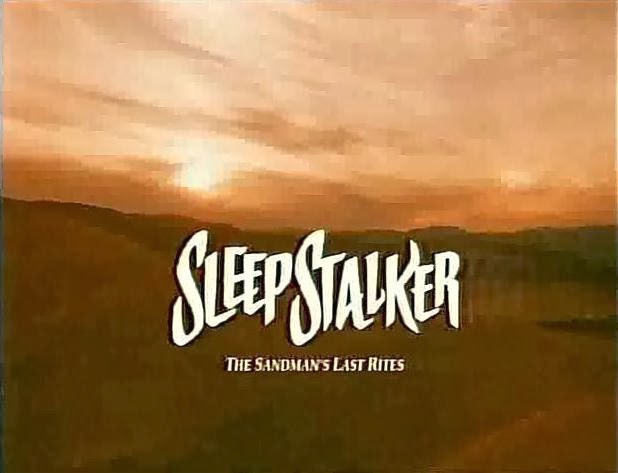 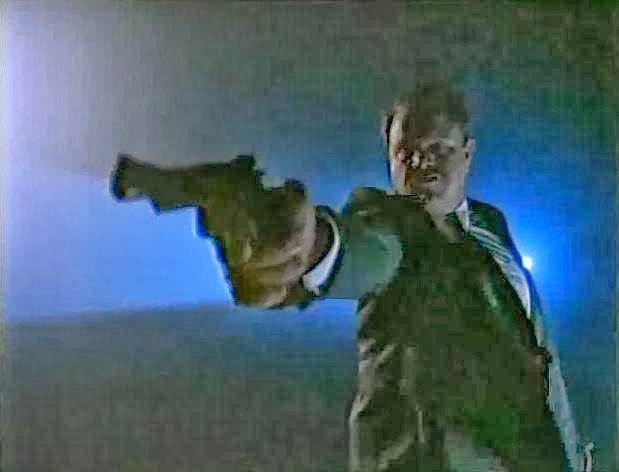 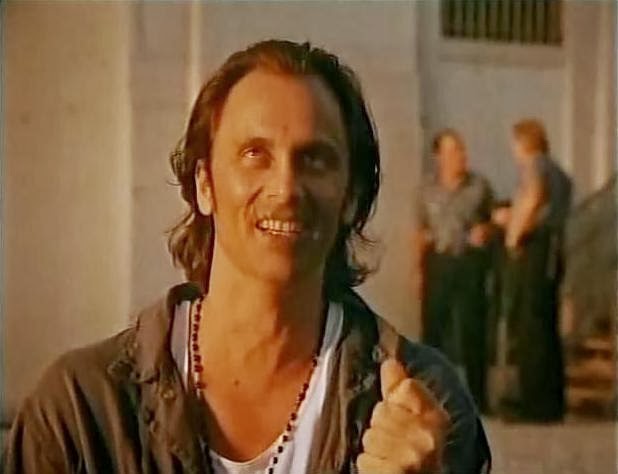 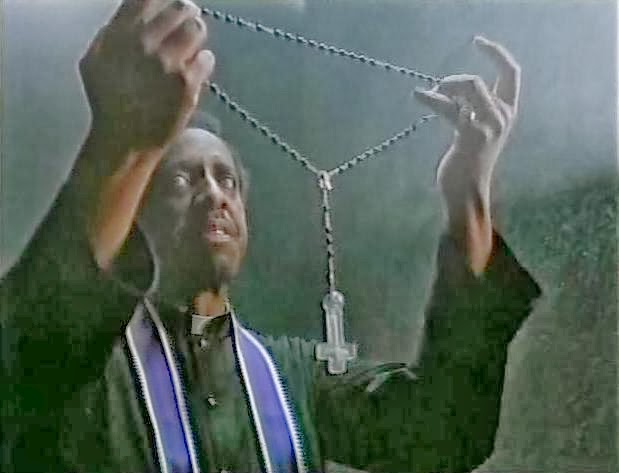 A serial killer known as The Sandman (Michael Harris) has already killed five families. As he's busy slaying mom and pop from Family #6, young Griffin manages to escape. The police, led by Detective Bronson Worth (William Lucking), show up and finally apprehend the psycho. Seventeen years later, The Sandman is on death row awaiting execution. Luckily for him, the man assigned to give him his last rites is a Satanic, white- eyed preacher (Michael D. Roberts) who offers him a chance at revenge. He's given an upside down cross, uses it to cut his hand, bleeds into the sand and then - after his execution in the gas chamber - returns to life. Now a monstrous-looking supernatural entity who has the ability to transform into sand at will (to sneak under doorways, through keyholes, etc.), The Sandman has three days to hunt down and kill a now-grown Griffin (Jay Underwood), who's working in L.A. as a freelance journalist. If The Sandman is able to track down and dispose of his target, he will also gain immortality in the process. 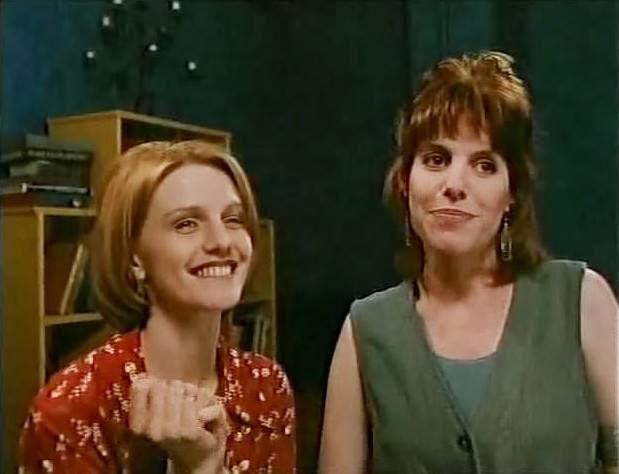 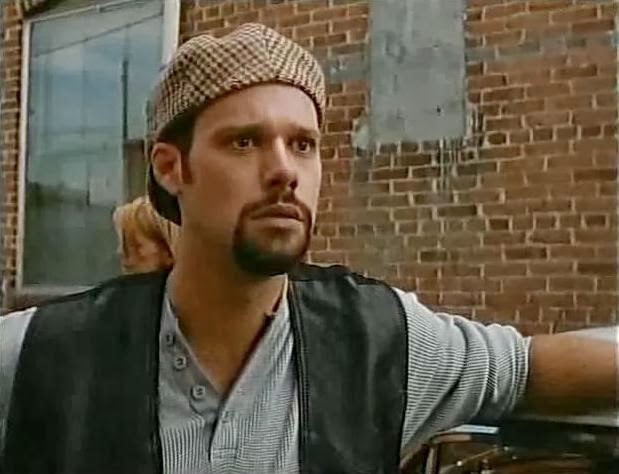 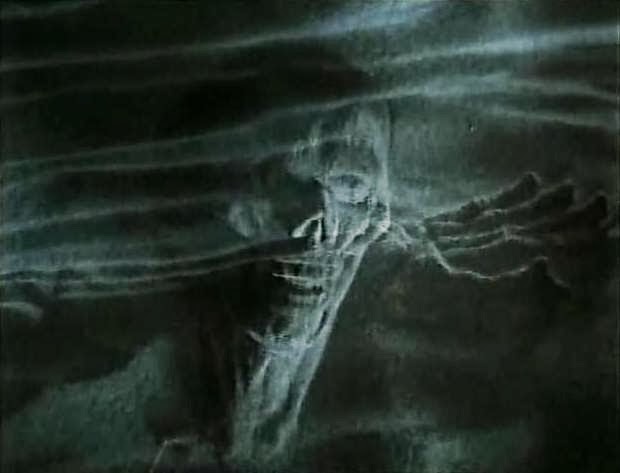 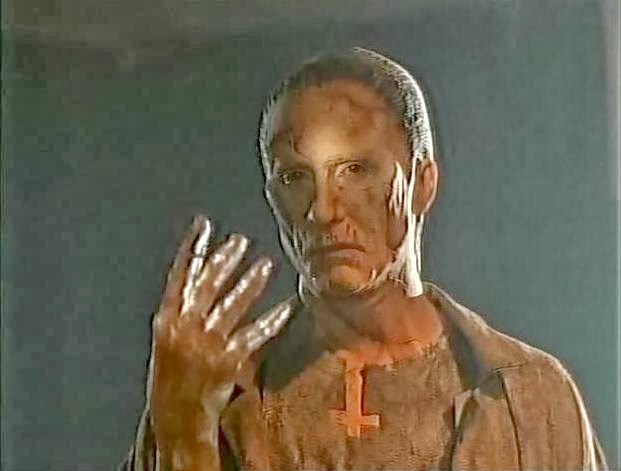 After establishing its premise, we are then treated to... Well, not a whole lot actually. The Sandman (who is given an utterly predictable childhood trauma back story told in brief flashbacks) kills a few people in surprisingly tame ways. Someone's thrown off a balcony. Another is drown in sand. A head is knocked against a wall. There's nothing memorable or clever going on here despite ample opportunity for both, and there's also a curious absence of blood and gore; almost as if they were trying to avoid an R rating (which the film got, anyway). Though the makeup design on the killer is actually really good, the other fx; a mixture of simply reversing the film (for the sand fx) and primitive and dated early CGI; are quite poor. 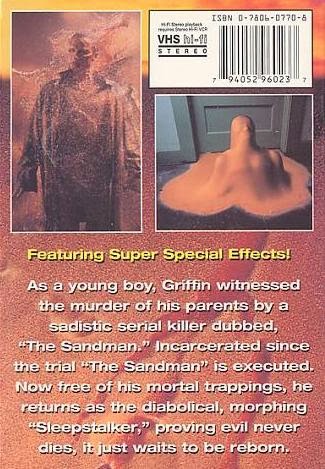 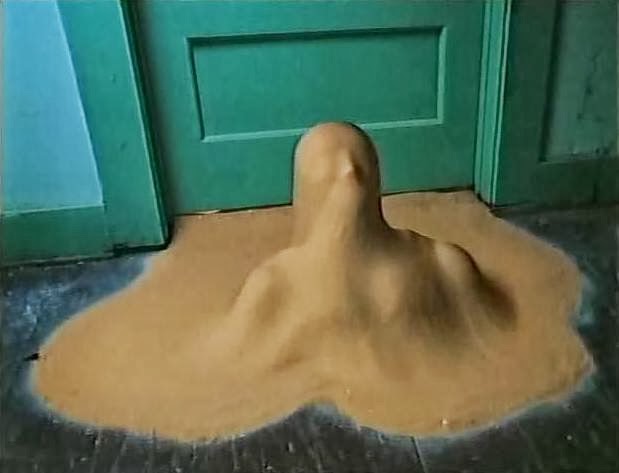 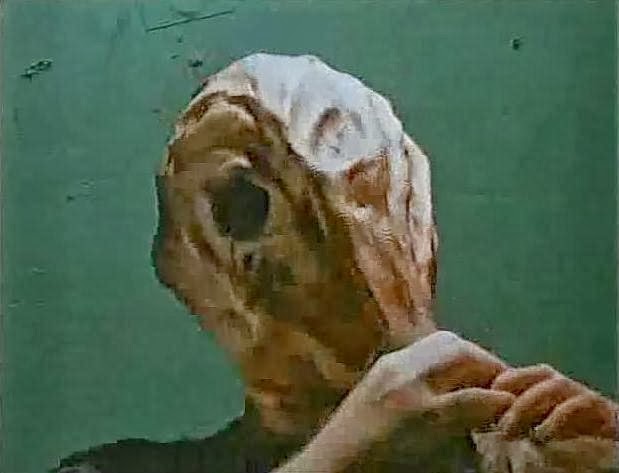 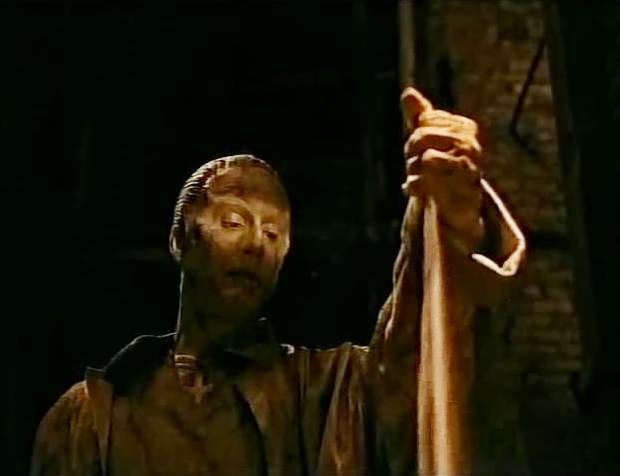 The absolute worst thing about this one though is its complete lack of logic and how stupid the characters are. Our heroes learn early on that water is an effective means of fighting off the reanimated killer (who is - of course - made of sand and easily dissolved), so what do they do? They run from him, attempt to shoot him, heave a Molotov cocktail at him and fight him in other silly ways. If I were around to help, I'd be yelling something like, "Hey, go stand in the shower!" or "Why not take a relaxing dip in a hot tub until this guy's time runs out?" Speaking of time running out, the killer is given his three days to kill our hero and has ample opportunity to do so throughout the film. During one scene, Griffin is even behind bars when The Sandman pays him a visit. Instead of just killing him then and there, the killer decides to taunt him and waits until the last minute of the last day to really make his move. 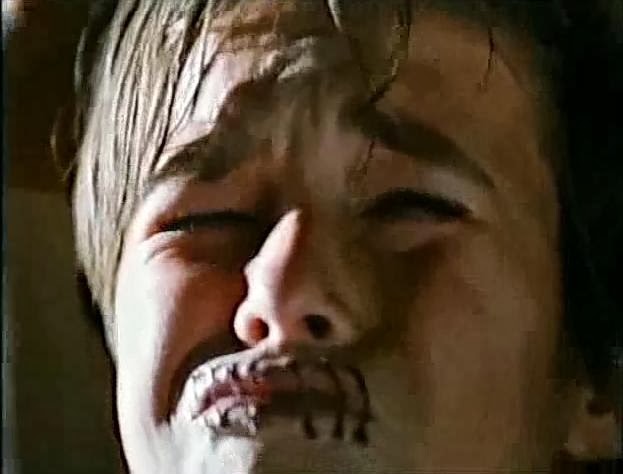 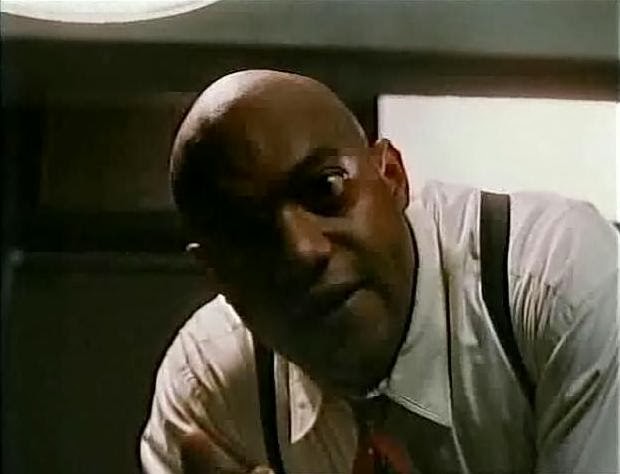 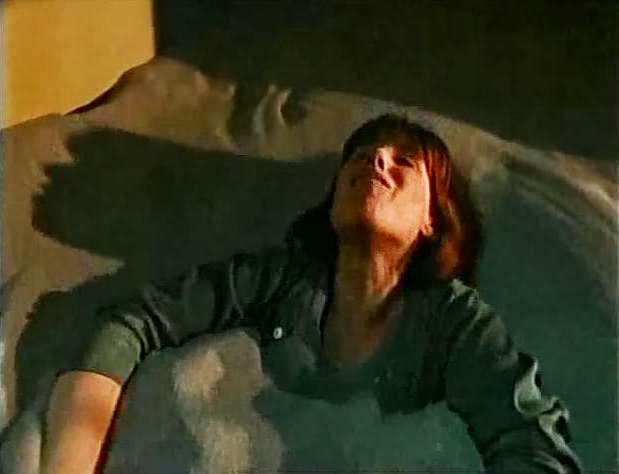 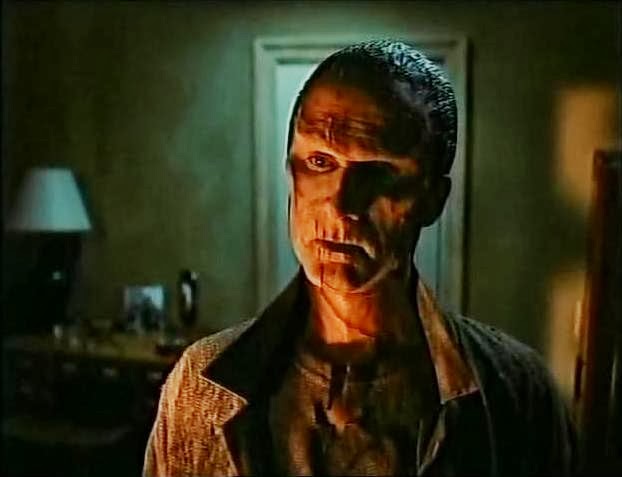 I really do have to give some credit to the cast, though, for at least trying. Despite being given some extremely corny dialogue, Harris gives an effective performance as the killer, and Underwood and Kathryn Morris (playing the obligatory love interest) are as appealing as possible under the circumstances. Cult horror star Ken Foree (DAWN OF THE DEAD), looking atypically dumpy here, gets a few scenes as one of the detectives, but it's a forgettable, throwaway part.