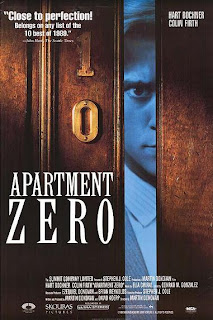 
Adrian LeDuc (Colin Firth), who's been raised between the UK and Argentina since he was a child, runs the revival-house theatre Cine York in Buenos Aires, which specializes in classic and art house films. His offbeat, eclectic choices haven't exactly been packing the house, just as his offbeat, eclectic personality hasn't won him over any friends, let alone any romantic relationships. Adrian absolutely lives for the cinema. It's his entire life; his obsession. Instead of framed photos of close friends and family members, his flat is decorated with portraits of classic movie stars because they are the people he feels kinship with. The cinema has been his escape from the world; a place to hide and a distraction from the things he deeply dislikes about himself and his life. A loner who finds it nearly impossible to connect with other people, Adrian has instead opted to shrug off the company of others; confiding all to his mentally-ill, institutionalized mother because she's not in the right mind to question or condemn. He even goes so far as to pretend he doesn't know Spanish just so he can avoid casual conversations. As for the neighbors in the apartment house where he lives, they might as well forget it. Adrian doesn't want to get to know them. He doesn't want to let them into his life, and figures a simple hello or goodbye in passing is more than sufficient. Needless to say, his standoffish nature has him branded a rude and unpleasant man to everyone around him. 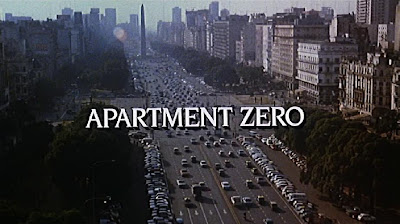 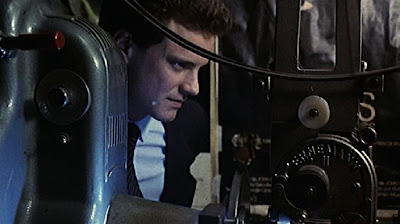 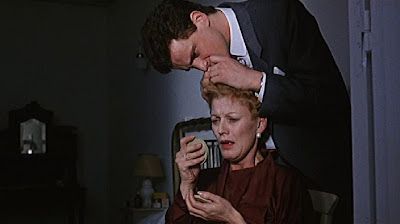 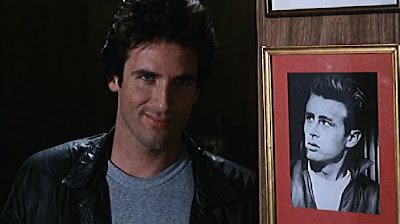 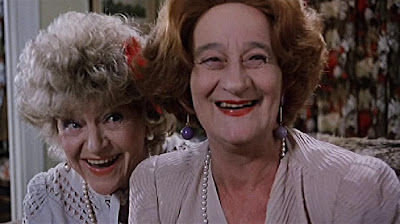 But the deeply lonely and repressed Adrian is ready for a change. With his mother's health quickly spiraling down, Adrian yearns for a friend and a companion. He puts an ad in the paper for a roommate to share his flat and immediately gets numerous responses. Most of the people who show up don't seem like they'd be a good mesh, but that all changes when the handsome Jack Carney (Hart Bochner) appears at his doorstep. All it takes is for him to stand next to a picture of James Dean to have Adrian sold. He's found his movie star; your prototype mysterious bad boy who can afford to dress simply (t-shirts, jeans and a leather jacket) because he knows he wields all the power he needs in his winning smile. Jack claims to work for a local computer company, but Adrian is so instantly smitten that he unwisely doesn't ask too many questions. At least at first. He's much too busy trying to live out a married couple scenario with his new boarder; offering to do Jack's laundry and cooking him breakfast every morning before work. All that's really missing is a kiss before heading out the door. 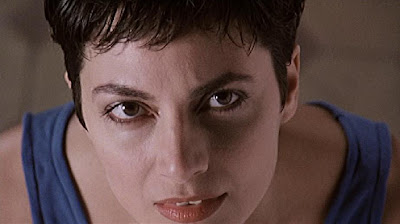 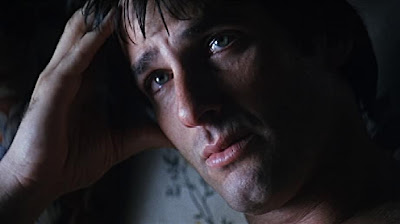 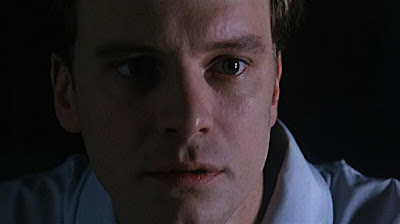 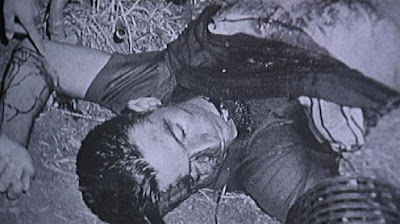 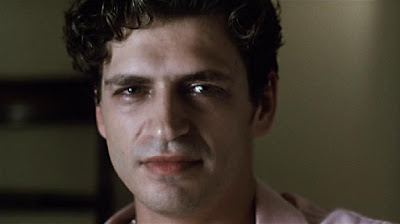 Jack turns out to be a master manipulator. He's a good listener, his magnetic stare is almost hypnotic and he possesses such a dark charm and intense, effortless sexual prowess, that he's able to seduce both men and women alike, regardless of their sexual preference. People feel at ease with him; like they can open up to him and share their deepest, darkest secrets without fear of judgment. For strictly selfish reasons, Adrian demands he not associate with any of the denizens in their apartment building, but Jack does anyway. It takes him no time at all to wrap every single person he comes into contact with around his finger; something Adrian's been unable to do all the years he's lived there. And not coincidentally, there also happens to be a serial killer running amok in the city. 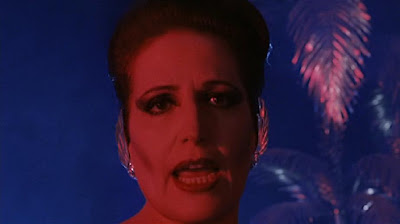 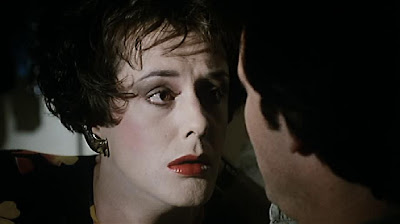 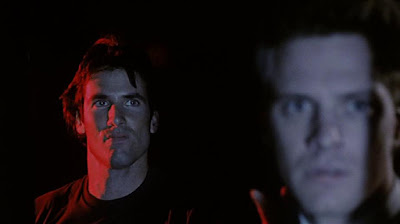 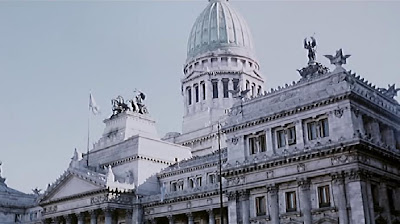 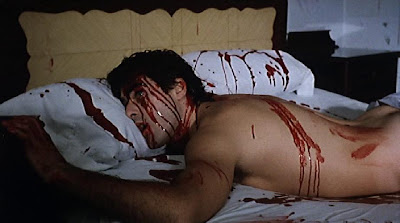 Apartment Zero is an intelligent psycho-drama very much in tune with films like Polanski's Repulsion (1965) and The Tenant (1976), with its apartment setting and psychological components, as well as Bergman's Persona (1966); with its vastly differing personas feeding off each other and ultimately beginning to blur together. Donovan and co-writer David Koepp intentionally establish a reference point here in Richard Fleischer's classic Compulsion (1959), which was based on the famous 1924 Leopold-Loeb murder case. Leopold and Loeb were two wealthy young men (and lovers) who killed someone just because they could, hid the body in a trunk and then invited various guests over to their apartment where the trunk was kept in plain sight; as a way to enhance the thrill of getting away with the murder. At one point in Apartment Zero, Adrian and Jack actually attend a screening of Compulsion, and a corpse hidden inside a trunk eventually makes its way into the film. The Leopold-Loeb case had also been the basis for Hitchcock's experimental film Rope (1949), as well as the later Swoon (1992). While both Rope and Compulsion could only hint at the more intimate relationship between the killers, Swoon delved directly into the relationship. Apartment Zero sits somewhere on the fence. The gay content is obviously here, but done with subtlety and restraint. Firth's character is so deeply repressed that he's unable to act on his desires, even with his more-than-likely willing object of affection right at his disposal. 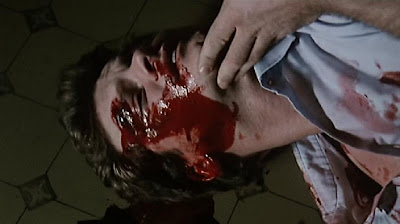 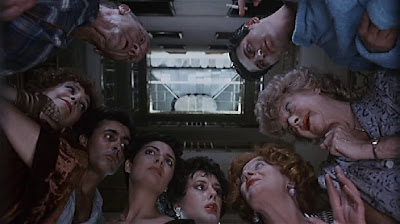 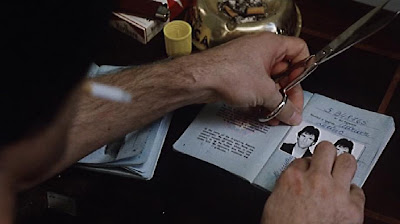 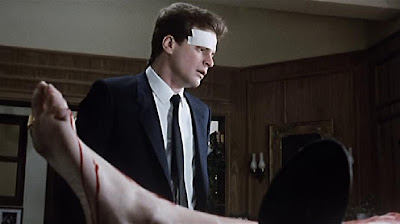 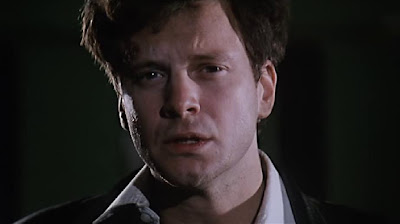 The interplay between Adrian and Jack is brilliantly handled and really what makes this movie. These men; sexually-repressed, antisocial, awkward and stuffily mannered Adrian, and sexually adventurous, outgoing, charming and spontaneous Jack,  couldn't be any more opposite, but in some strange way they actually complement one another. Jack tells Adrian at one point that they gel because they're both "special" and misunderstood; the ways in which they're special is a moot point. It's certainly no coincidence that The Odd Couple is mentioned; Adrian and Jack are an odd couple; albeit a rather disturbed one. The various denizens of the apartment building add additional flavor to the film.
Dora Bryan and Liz Smith plays a pair of eccentric, talkative old spinsters (Brit expatriates themselves) who are more than happy to welcome Jack's company, Fabrizio Bentivoglio is a macho guy who feels enough at ease to confess a sexual secret from his past to the new tenant, James Telfer is a mistreated transvestite and Mirella D'Angelo (from Argento's TENEBRAE) is a lonely, neglected women in a tumultuous relationship.