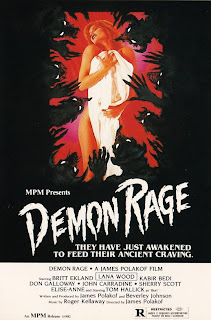 
Originally filmed as Satan's Mistress, this was re-titled Fury of the Succubus for its theatrical release, then re-titled Demon Rage for its initial U.S. video release and then renamed a fourth time as Dark Eyes for cable TV broadcasts. As if that didn't cause enough confusion already, the title I got my hands on had the superimposed new title of Demon Seed. To avoid mixing this up with the 1977 evil computer film with that same title, I'm going to go ahead and list this under the Rage moniker since that's probably what this is best known as anyway. By any title, it sucks. They really should have just called it "Excuse To Get Plenty O'Toole Naked" since that's what the true agenda seems to be from the very first scene of Lana Wood running down the beach in slow-motion with her breast popping out of her nightgown. The well-endowed Ms. Wood was, of course, the sister of actress Natalie Wood. And just like in real-life where she was always in the shadow of her much more famous sister, Lana even has to play second banana to someone else in her own starring vehicle. Despite the fact she's the clear lead and this was obvioulsy made to showcase her talent(s), she still gets billed behind Swedish sexpot Britt Ekland, who only plays a supporting role here. 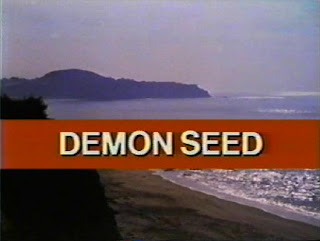 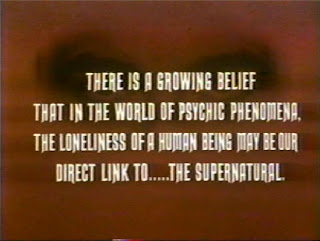 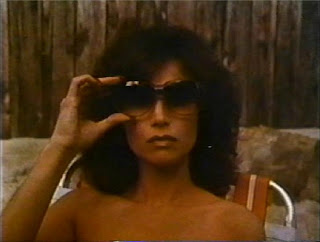 Things open with a nightmare sequence and then title cards letting us know that lonely people may be more in touch with the supernatural than anyone else. Lisa (Wood) is one such lonely person. She's stuck in a bad marriage with successful, busy architect Burt (Tom Hallick), who not only ignores her sexually, but is distant, emotionally abusive ("Bitch!") and may be having an affair behind her back. Lisa, Burt and their teenage daughter Michelle (Sherry Scott) have recently moved into a nice, secluded beach house but it has failed to inject any life into the failed marriage. In fact, since it's haunted by a sex-starved demon it ends up making things much worse. One evening while Lisa and Burt are entertaining another couple; Ann-Marie (Ekland), a psychic, and Carl (Dan Galloway), a classy fellow who refers to the hostess as a "Goddess of sensuality" and says he wants to "ravage" her, a black cat shows up from out of nowhere. When Michelle tries to grab it, it scratches her and runs off. Michelle realizes something bizarre is afoot, picks up a strange aura from the home and has visions of a statue crying blood. Burt also starts picking up signs that the place may be haunted and starts having nightmares of his own. 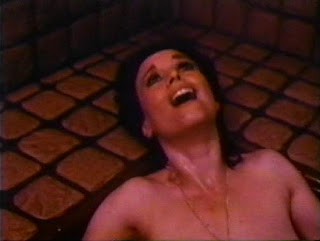 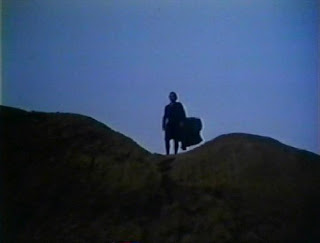 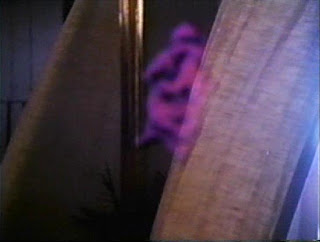 Though Lisa's husband isn't all that interested in her any more, there's a horny, bearded demon / ghost who is and he (Kabir Bedi) starts paying Lisa nightly visits to ravish her in her sleep. Eventually, Lisa moves into a spare bedroom, keeps the door locked at all times, starts ignoring her family and paints evil faces when she isn't being molested. Her hubby decides that he wants to reconcile and the two start to get back on track, but the demon returns to take possession of her again. Meanwhile, Michelle encounters a mysterious woman named Belline (Elyse-Anne) on the beach who informs her that she shares the name with an angel who left God to be with Lucifer. Michelle then keeps hearing Belline's voice telling her "You WILL help us!" She also has a nightmare which is distorted so badly through a wavy effect that I couldn't tell just what was happening. It appears that a cat is killed and people drown in quicksand on the beach but it was too difficult to make it out. 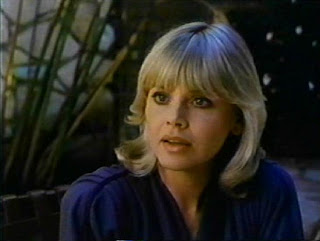 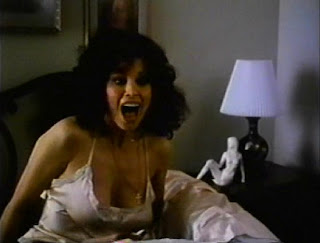 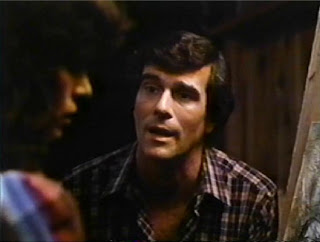 Blood appears on people's hands but disappears, the black cat keeps showing up (accompanied by a hilarious synthesized hiss) and the water in a hot tub suddenly becomes so hot it starts smoking. After her husband gets decapitated with a guillotine conveniently located in the basement, Ann-Marie urges the family to leave, but they don't. Burt is finally convinced to try to get them out and they get advice from priest and supernatural expert Father Stratten (John Carradine, who has just one scene in this one) beforehand. The ending is a complete anti-climactic mess with the gates of hell having been apparently opened in the basement, demons cackling, someone holding a severed head and everything being enveloped in fire. 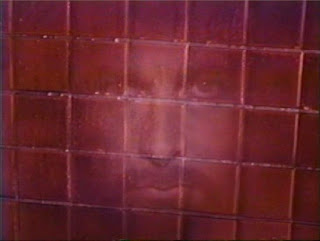 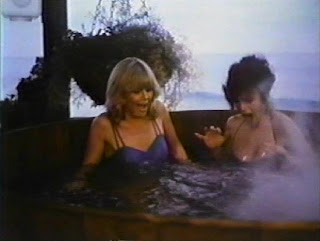 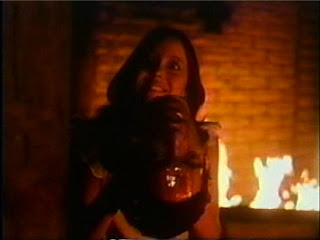 Despite the frequency of nudity from Wood and about a hundred picturesque shots of the beach, this is a dreary, poorly made bore. I have to say though, that I think this movie is based on the same "true story" as THE ENTITY (filmed in 1981; released in '83) and beat it to the punch by at least a year (the copyright date for Demon Rage is 1980). The two films have a near identical premise, though The Entity - which isn't very good either - had the luxury of a big budget, an actual marketing campaign and respected actress Barbara Hershey in the lead role. This one's much lower budgeted, the acting is uneven, the photography is too dark and it becomes annoyingly repetitive after a short while. 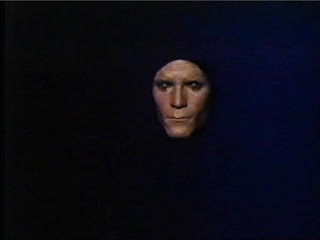 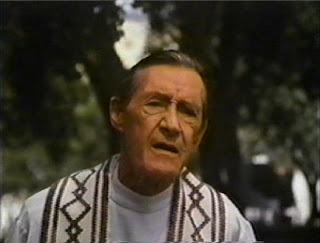 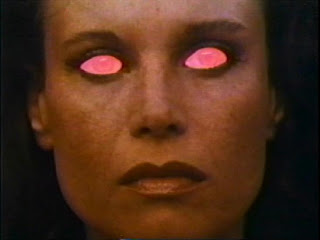 The director also made the dull getting-back-to-nature pacifist hippie drama SLASHED DREAMS (1974), which was falsely marketed as a horror film because it featured Robert Englund in an early role.