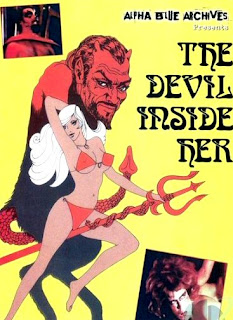 
Planning a Zebedy Colt double feature, I'd just finished SEX WISH (1976) and was going to top that off with a viewing of UNWILLING LOVERS (1977), since it's supposed to feature another great nutso performance from Colt, but sadly I couldn't get my Lovers disc to work. Thankfully, I also happened to have a copy of Devil on hand, so I just watched it instead and still got my double feature after all. Like many Roger Corman movies from the 60s, the opening credits are over swirls of different colored paint and it has a period setting; 1826, in this case. Redhead Jody Maxwell and brunette Terri Hall star as repressed, virginal sisters Hope and Faith, who live on a farm somewhere in New England with their abusive religious fanatic father (Colt) and weak, passive mother Rebecca (Nancy Dare). Faith has fallen in love with a young man named Joseph (Dean Tait), but her father doesn't approve of the union because he claims he's not a good enough Christian. When Pa catches the two lovebirds kissing, he chases Joseph off and then punishes Faith by making her strip ("Stand naked in the eyes of God!") before whipping her with a switch. 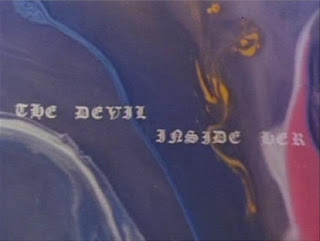 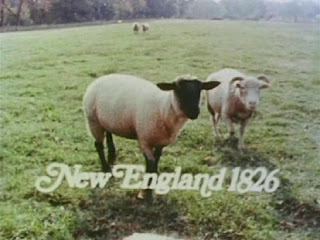 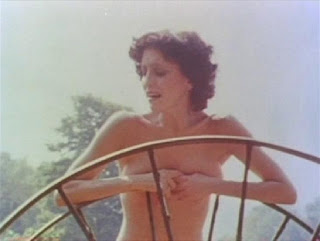 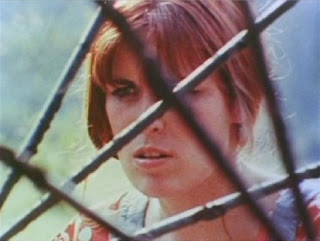 Not one to let a few lashings get in the way of true love, Faith immediately runs off to be with Joseph, whom she wants to marry. Hope, who is jealous of her sister and the relationship, prays to whoever out there is listening and offers up her soul in exchange for Joseph's love. Satan (Rod Dumont), basically a guy with a painted face and spiked collar and wrist bands, immediately materializes in the woods buck naked. He takes on the appearance of Joseph and then sets out to corrupt both of the sisters. He first crosses paths with the innocent and chaste Faith, whom he bends over and rapes while wagging his tongue. She says she never wants to see him again but he informs her she has no choice: she now belongs to him. Meanwhile, Hope runs into a cackling backwoods witch (Renee Sanz), who offers to make a love potion for her. Want one of your own? Just gather up some bat's eyes, a lizard's tongue, sweat from a goat, blood from a toad, pulverized bones, "puss from a dying virgin," "the menstral fluid from a Persian halot" and a little demon semen and you're good to go. You might actually have to get your hand's dirty to maintain the latter if this movie is any indication. 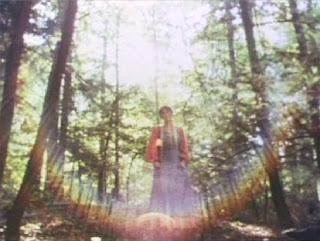 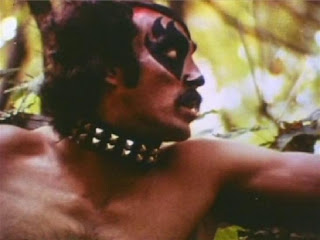 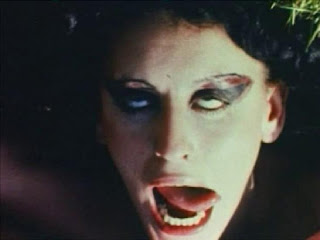 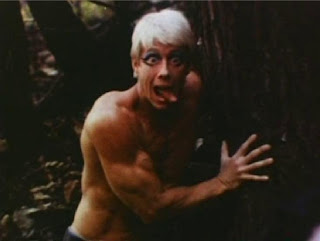 Thanks to a contribution from the flamboyant Nicodemus (Chad Lambert), who appears in the trees in a cloud of blue smoke and disappears just as quickly, the potion is complete. Hope drinks it and then has sex with Satan (whom she thinks is Joseph). Not content with just that, she then writhes on the ground with a collection of vegetables. And no, she's doesn't eat them. Satan then transforms himself into Faith to seduce and have sex with Joseph. Taking this further into the realm of distasteful, Satan also passes himself off as both parents for a little father-daughter and mother-daughter incest. Eventually, both girls disappear to attend a Witch's Sabbath where a devil cult plots to sacrifice Faith. Pa must put his irrational hatred of Joseph aside to find and rescue his girls. The Sabbath is a strange event that looks like the crew invaded John Waters' wardrobe department and have all manner of kinky sex, including some pretty 'extreme' stuff like Annie Sprinkle being pissed on and Ms. Maxwell taking on what appears to be three guys at the same time. Amazingly enough, it all ends on a happy note for the farm family, with lessons learned and Faith and Joseph finally getting the father's wedding blessing. Well actually now that I think about it, it didn't end quite so well for Hope, but she's the one who started the mess to begin with, so I guess that's fitting. 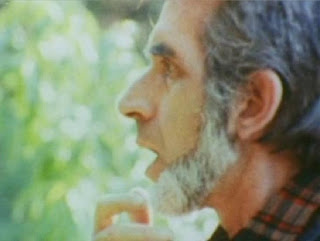 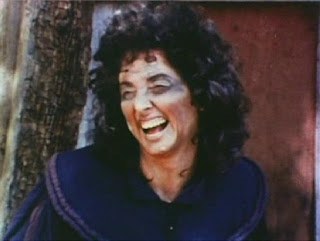 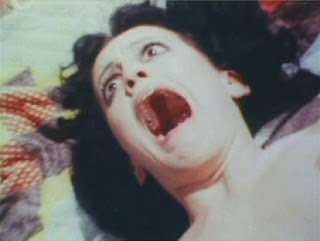 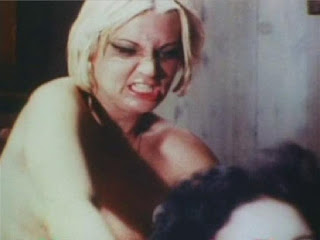 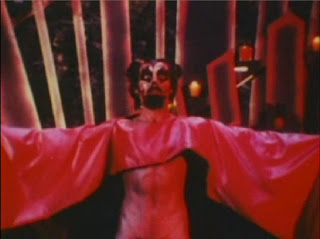 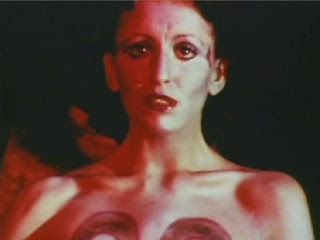 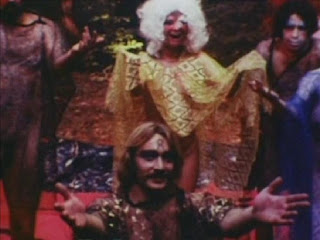 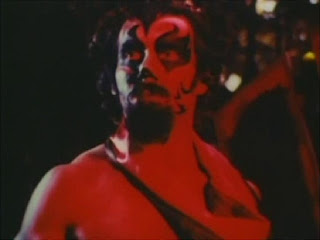 In recent years, this and several other Colt titles have been rediscovered by fans of the odd. This one has been released on DVD no less that four times, including as recently as 2008 on the After Hours label. Alpha Blue Archives includes it in their box set "Satanic Sickies Vol. 2" along with 11 other rare titles.