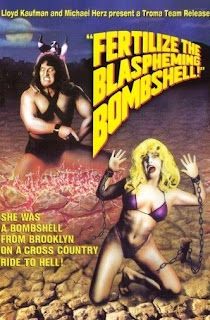 
Lights! Camera! Action! Well, uh, forget about the lights. While on their way to Vegas to get hitched, Sandy Russell (Sheila Ryan) and her fiancé Rod (Mark Blanchard) get lost out in the desert and end up in the tiny village of Ellivnatas (read it backwards), which is so small it isn't even listed on their map. They stop in a bar to use the phone, encounter some strange people who stare them down, run out of gas soon after they leave and discover someone's poked a hole in their fuel tank. It isn't long before a small group of hooded Satanists come crawling out of the rocks brandishing torches. Rod is set on fire and pushed over a cliff, while Sandy gets her top ripped open by the horned-headdress-wearing coven leader, who then carves a pentagram on her chest with a dagger, rapes her and stabs her to death. Meanwhile, Sandy's identical twin sister Susan (also Ryan), an anthropologist with ESP abilities, senses something is wrong and heads down to a desolate area called "The Devil's Playground" to look for her; facing a similar fate in the process. 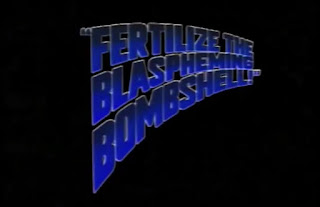 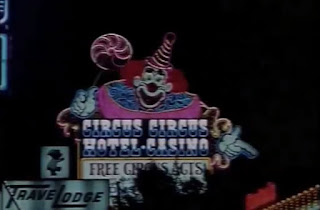 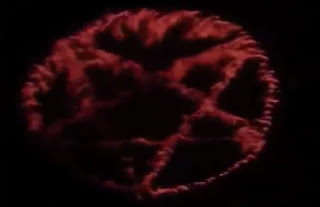 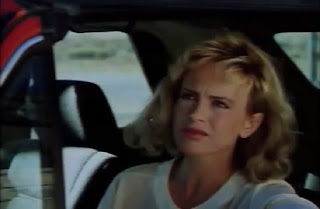 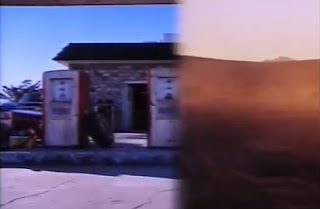 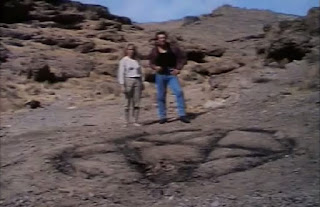 This is a cheap, poorly-acted, poorly-written, poorly-filmed, mostly dull movie that was saved from the scrap-pile after Troma acquired it (when it was still being called Mark of the Beast) and released it under a colorful new title (Fertilize the Blaspheming Bombshell). There's next to no plot and about half of the run-time consists of scenes of the heroine walking or driving around in the desert. The night scenes are horribly lit and hard to make out and unfortunately there are a lot of them. Considering the amateurish nature of the entire movie it's a bit surprising they could even afford to hire Bo Hopkins, who gets to play a redneck sheriff for about the twentieth time in his career, though his role is bland and ultimately pointless. Rick Hill (from the Deathstalker movies) has a slightly better part as Dan Allen, a friendly gas station attendant who tries to help out Susan but may have ulterior motives. 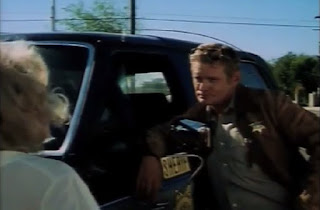 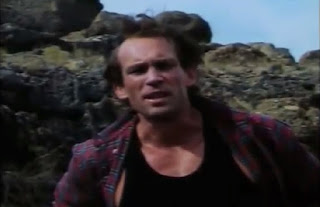 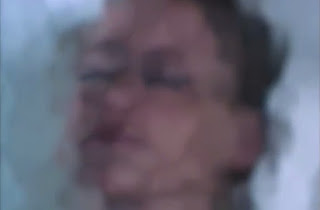 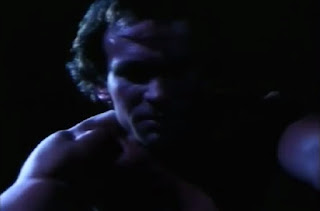 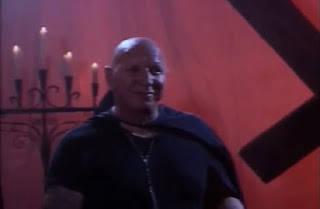 After a lot of tedious and boring scenes, the film finally becomes at least slightly amusing in the last half hour upon the arrival of Robert Tessier as the perverted devil cult leader. After Susan stumbles onto him heading over a black mass at "The House of Satan," he punches her in the stomach and calls her things like "an irreverent bitch" and "a blaspheming slut." She's then dragged out into the desert where she's slapped around some more and has her pants pulled off so that they can use "the hard-on of sin" to "sanctify this unholy fornication." Susan finally manages to escape and then spends the rest of the movie getting in dune buggy chases and climbing around rock formations clad only in her panties stabbing, impaling and setting the bad guys on fire; only catching her breath long enough to strip off her top and bathe under a waterfall (!) 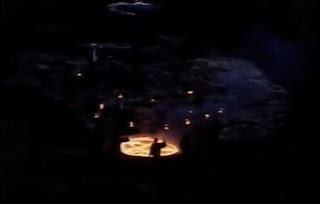 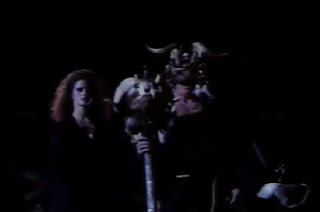 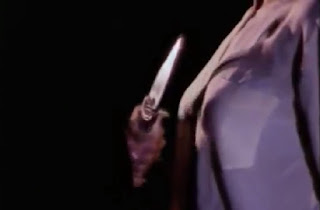 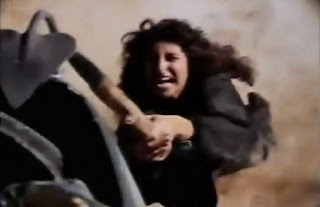 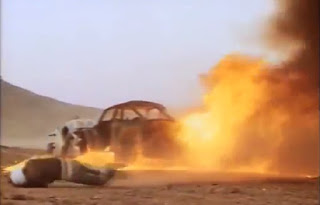 Lead actress Ryan (who passed away in 2012) was James Caan's wife for less than a year in the 70s and is billed here as Sheila Caan. Around the same time he was shooting big budget films like Dick Tracy and Misery, this is what she was doing. Though not given much to work with, her acting really isn't completely terrible and she gets naked several times. During a shower scene, close-up shots of a body double slowly massaging her breasts and ass were poorly spliced in. There's additional nudity from a few of the female cult members, including one who dances around with a snake while wearing only a thong. There's no gore, no special effects and barely even any blood, though there's some adequate stunt work here and there. Still, if you want something covering small town Satanism, you'd be better off watching THE BROTHERHOOD OF SATAN (1971) or Race With the Devil (1975) instead of this. 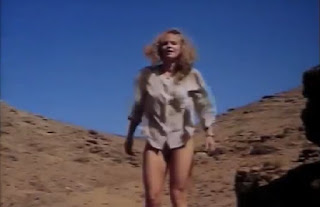 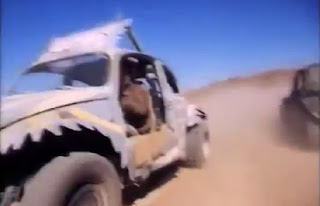 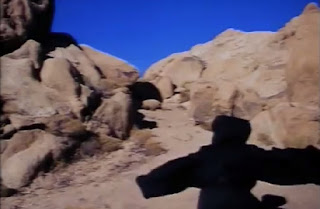 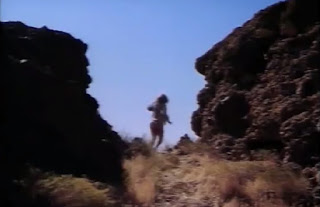 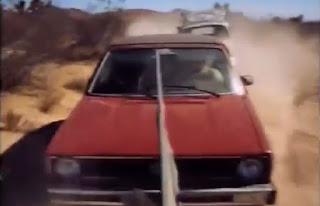 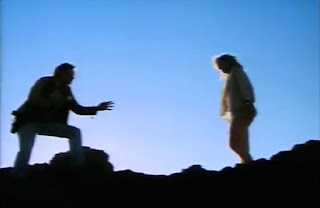