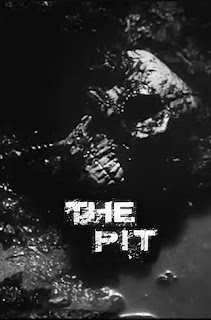 Directed by:
Edward Abraham
Edgar Allan Poe's short story The Pit and the Pendulum was first published in 1842 and has seen film adaptations stretching as far back as 1909... and they're still making them to this day. This 28-minute version, financed with assistance by the British Film Institute Experimental Film Fund, appears to be just the fifth credited adaptation of the story and falls right in between the feature-length 1961 Roger Corman / Vincent Price classic (which is still the most famous version over 60 years later!) and the excellent 1964 French short LE PUITS ET LA PENDULE from Alexandre Astruc. Being wedged between those two memorable films would seem to stack the deck against this minimalist offering but, surprisingly, it too is quite up to the task of adapting the familiar tale. Filmed primarily on just two studio sets and made on what was clearly a low budget, this just goes to show what can be accomplished by competent craftspeople who know what they're doing and have an understanding of the source material. While staying mostly faithful to the story, this is also notable for taking a 180 turn at the very end and altering the fate of the protagonist. 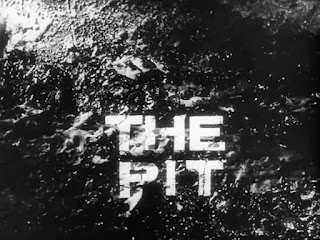 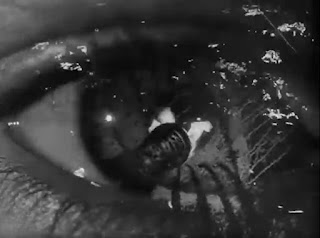 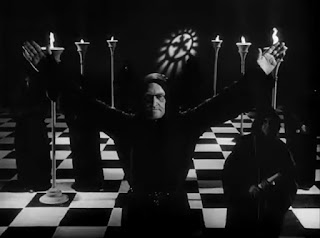 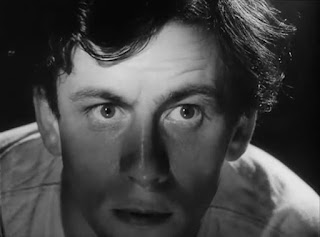 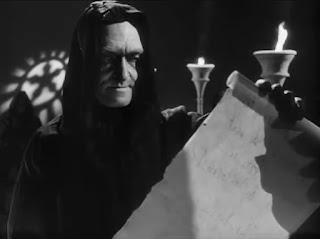 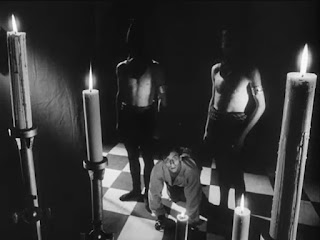 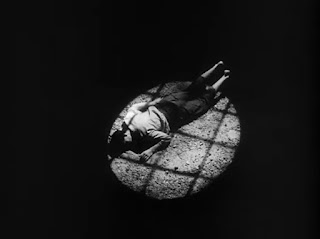 Brian Peck (a British character actor who mostly worked on TV) stars as the nameless prisoner who's taken before a group of monks and sentenced to "morte!" (the one and only word uttered in this otherwise dialogue-free film). He's dragged down a flight of stairs and promptly thrown into a pitch black cell. When he awakens, specks of sunlight make their way into the room, illuminating macabre paintings of giant eyeballs, inhuman creatures, death figure skeletons and sorrowful angels on the walls. Feeling around in the dark, he stumbles upon the titular pit and peers down inside to find muck, worms, bugs and the remains of the previous prisoners who've ended up there. Clearly not a promising sign.
After consuming some presumably drugged water and bread left there for him, the prisoner passes out. He awakens to find himself strapped down to a table with the titular razor-sharp pendulum blade looming overhead and about to make its gradual descent downward. If he's somehow able to escape that death trap, he'll then be faced with red hot walls closing in on him and inching him toward a fall down the seemingly bottomless pit. 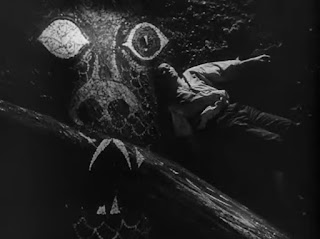 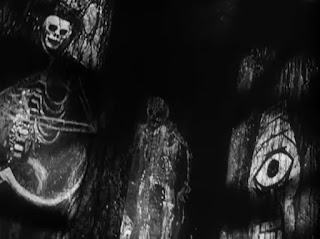 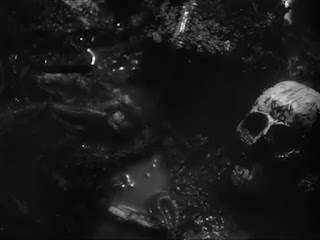 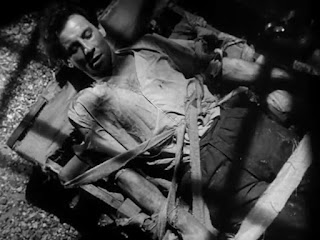 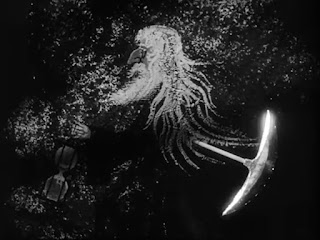 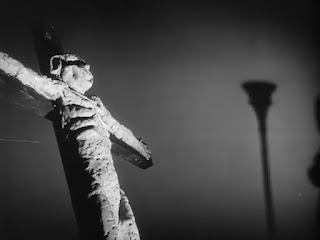 The most remarkable thing about this version is its distinct lack of clutter. A lot of filmmakers are so caught up on the concept of filling every inch of the screen with detail that they tend to forget there's also power in just keeping things foundational and sparse. See, you can actually put down a simple checkerboard pattern on the floor and place a few candles in strategic locations and it all can look every bit as striking as some multi-million dollar production job so long as you know how to light and photograph it. Though there are notable contributions from cinematography Gus Coma and composer Leslie Haverson (who provides a discordant, jangling score), the real hero of this film is Gregory Lawson's production design, particularly the nightmarishly dreary dungeon / torture room. There really is a lot of neat, disconcerting artwork to absorb on those walls. 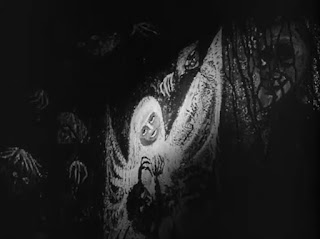 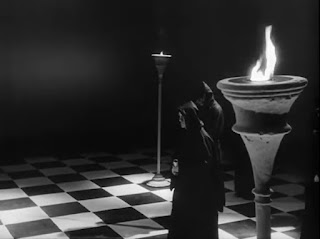 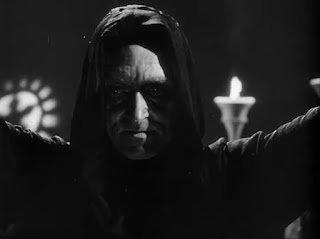 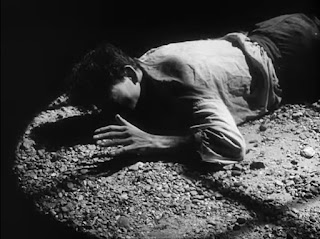 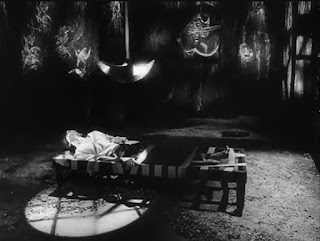 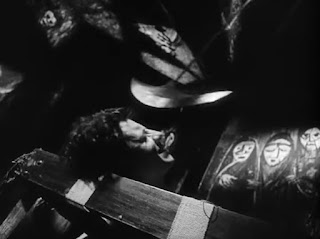 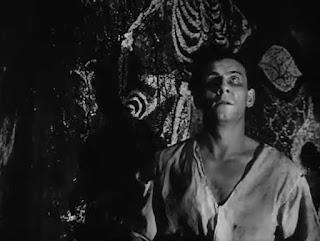 This was the only feature directorial credit for Abraham, though he and his wife Valerie would go on to write the screenplays for Dominique is Dead (1978), the anthology The Monster Club (1980) and Murder Elite (1985). The biggest name to emerge from this was assistant director Peter Collinson. Though he'd become best known for The Italian Job (1969), which now frequently lands on Best British Films of All Time lists, he also made a number of genre films before his untimely death in 1980 at age 40. Among these were the terrorized babysitter clunker FRIGHT (1972), the bizarre but pretty effective STRAIGHT ON TILL MORNING (1973), Open Season (1974) and a pair of (box office bomb) rehashes: Ten Little Indians (1974) and The Spiral Staircase (1975).
Sinister Cinema first offered this on VHS (shifted over to DVD-R since) and paired it with the 30-minute ghost story Long, Long Ago (1954), which had been extracted from the U.S. series The Pepsi-Cola Playhouse and stars Andrea King, Leslie Bradley and Tommy "Lassie" Rettig. In 2013, The Pit finally found its way to DVD (officially) courtesy of BFI, who included it as an extra on their release of SCHALCKEN THE PAINTER (1979).
★★★
Posted by The Bloody Pit of Horror at 6:53 PM No comments: