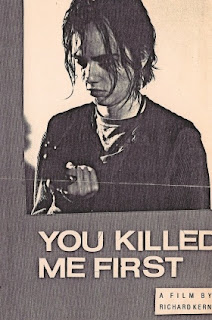 Directed by:
R. (Richard) Kern
The Cinema of Transgression was a film movement started in the late 1970s by a group of underground filmmakers in New York City. The primary purpose was to offend moralists using murder, gore, nudity, sex (sometimes kinky and sometimes hardcore), noise, profanity, blasphemy and constant digs at the fraudulence of “normalcy.” Amusingly enough, basically all of the shock tactics they employed are all part of the mainstream now. As for traditional filmmaking techniques, there really weren't any. In his self-published Underground Film Journal, COT pioneer Nick Zedd (They Eat Scum; Geek Maggot Bingo) called the movement “a direct attack on every value system known to man” and bemoaned both structuralism and “entrenched academic snobbery.” In other words, these films were typically poorly-made, poorly-shot and are about as technically crude as humanly possible. They not only strived to offend in content but also in form. Seeing how they were never aiming for wide commercial appeal or critical respectability, the makers usually paid little to no attention to filmmaking techniques. These were shot cheaply (usually on grimy Super 8) and amateurishly edited, filmed and acted; frequently with poorly-improvised dialogue, terrible sound quality and (usually) no kind of linear plot structure. Some would say no plot at all.
Having no prior experience with this movement, I decided to read up a bit before viewing and saw the 11-minute You Killed Me First listed as one of the more accessible films of this type. Sounded like the perfect entry point to me! 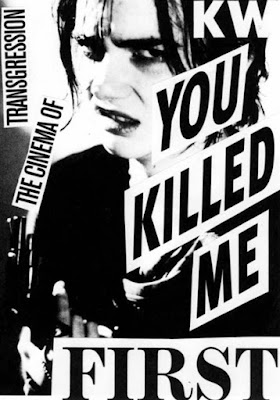 Thoroughly unpleasant Goth teenager Elizabeth (Lung Leg) is the odd woman out in her "normal" family of four. Her dad (David Wojnarowicz) is your basic breadwinner, disciplinarian and ruler of the home. Her mom (Karen Finley) is your typical bubbly, subservient stay-at-home good Christian mom who always wears dresses. And her younger sister Deborah (Jessica Craig-Martin) is a conformist and rule-follower who will likely be exactly like her mother whenever she grows up. As the family sit down to Thanksgiving dinner, the attention-starved Elizabeth keeps throwing her fork on the floor simply to annoy everyone. After they dote on the sister's boyfriend, her parents then turn to Elizabeth and call her new boyfriend (whom she met "on the street, of course") "scum," say he smells bad and forbid him from coming into their home.
"I hate the way you brought me up! I hate your religion! Praying of me! You've got the nerve to pray for me! Holier than thou! I'm flesh of your flesh, I'm just as d... You're just as disgusting as I am! It's your fault! I've always hated you! You ruined me! You ruined my whole life!" 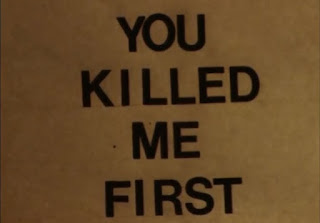 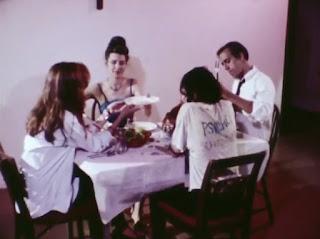 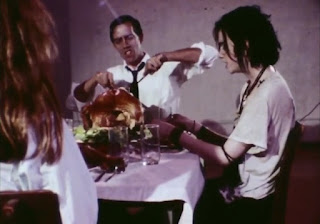 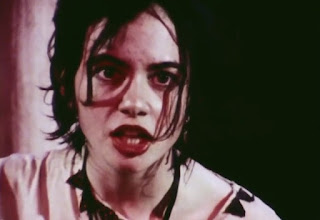 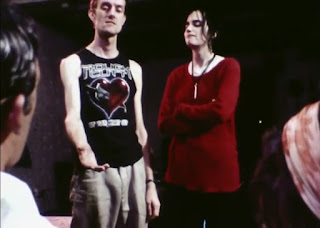 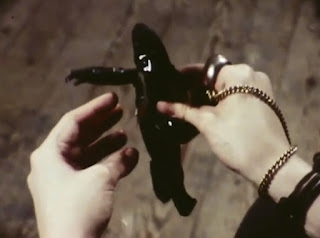 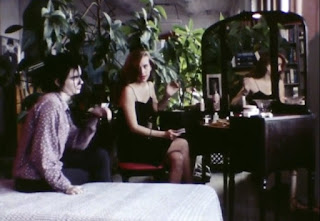 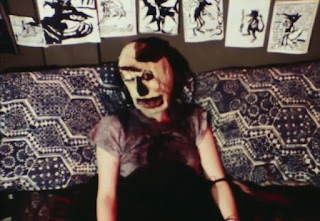 Just to further annoy her folks, Elizabeth changes her name to "Cassandra" and demands they call her that and brings her punk boyfriend "Cheese" home. Her mother tries to give her a "windswept" haircut with disastrous results, then buys her a sweater ("How dare you buy this ugly thing for me!") and tells her "Why don't you cut it up and write fuck or anarchy on it?" Her sister tells her she could be pretty if she "made an effort to look more feminine" and warns that she'll never get into a sorority with her current appearance. She then faces the ultimate indignity of seeing her parents having sex and gets slapped in the face when she's caught watching porn. Dad kills and then chops up "Cassandra's" pet rabbit with a cleaver and brings home a gun, which he plans to use to shoot the neighbor's dog with. That ends up biting him and the rest of the family in the ass. 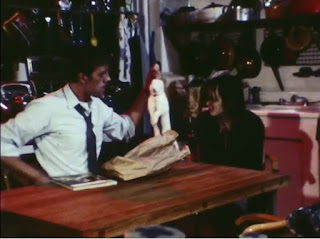 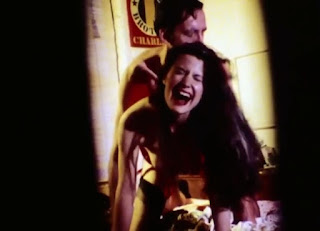 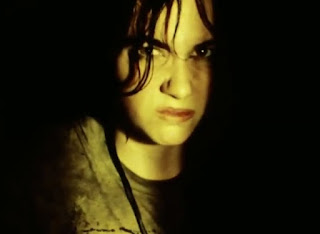 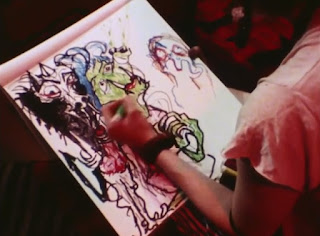 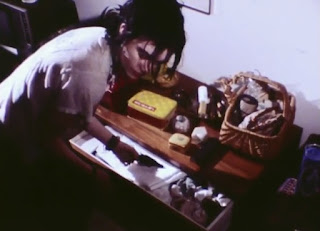 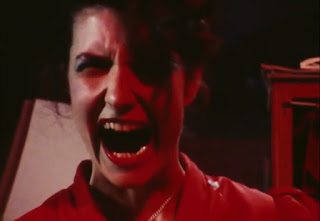 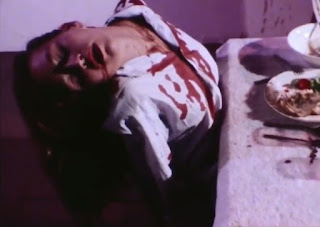 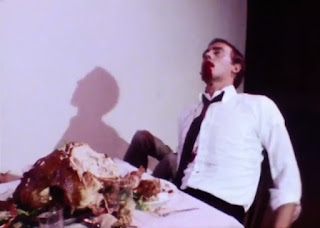 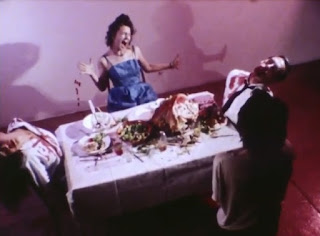 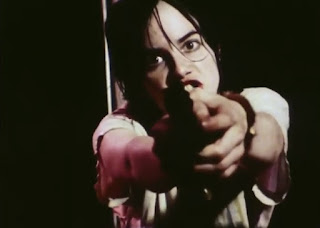 A slice of no budget teen angst, this has static camerawork comprised mostly of flat medium shots and utterly awful acting with the performers talking over and interrupting one another during every scene and frequently flubbing their lines. The latter basically shoots the film itself in the foot as it's not the least bit believable and thus not the least bit shocking, which was the whole point, eh? This is actually more campy / unintentionally funny than anything else. Kind of like much lesser early John Waters minus the creativity, humor and charismatic casting. On the plus side, there are a few funny lines.
Most of Kern's shorts made in the 80s and 90s have been released on both VHS (2 tapes) and DVD (1 set) by Third Wave Media under the "Hardcore Collection" label.
★★
Posted by The Bloody Pit of Horror at 9:56 PM 2 comments: