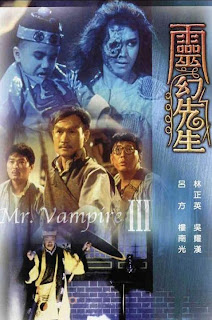 Uncle Ming (Richard Ng), a bogus priest, shows up at a reputedly haunted home and brings along a couple of his ghostly friends; the adult Ta Pao (Fong Liu) and little boy Hsi Pao, to help him make some extra money. His scam involves staging hauntings using his docile otherworldly friends and then accepting a fee for exorcising them (an idea later pinched for Peter Jackson's THE FRIGHTENERS). After discovering that his latest assignment really is haunted by an entire family of angry ghosts, he sucks his ghosts up into his wax umbrella and flees. Upon arriving in the town, the villagers are preparing to ward off some horse thieves headed to the area. As they begin fighting them off, they realize these aren't no ordinary horse thieves, but powerful, blood-drinking magicians who are impervious to steel weapons (unless you doctor up your weapon with your own blood) and travel around raping and plundering. After a long, elaborate fight scene, the villagers manage to capture two of them. 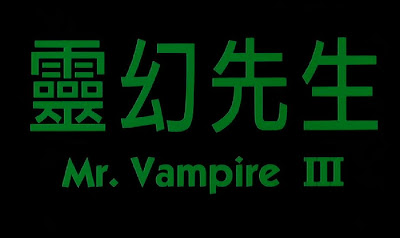 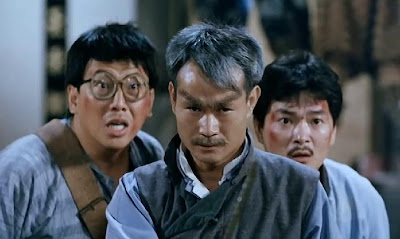 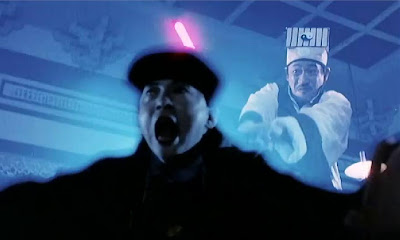 A wise and composed Taoist priest known only as Master (Ching-Ying Lam, returning from the first two films), his very dumb and obnoxious underling Captain Chiang (Billy Lau), the aforementioned con artist, his good ghost pals and a bunch of others at a nearby monastery then have their hands full dealing with the various monsters, ghosts and zombies that pop up along the way. The primary baddie this time out is a flying female demon / sorceress (Pauline Wang) who can become invisible, cures her minions by spitting up maggots and can create storms of cockroaches and bats by waving her cape. In one scene, she pops the head off a lizard and drinks its venom. She also possesses Ta Pao; making him see people dressed as priests are giant eagles (!) Two of her henchmen return as zombies and many people get possessed. 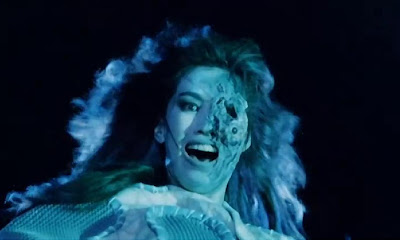 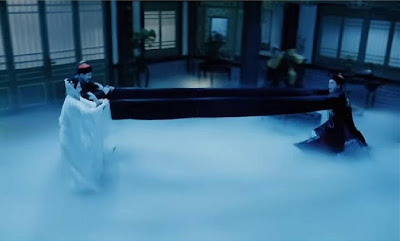 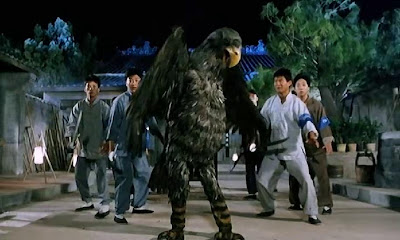 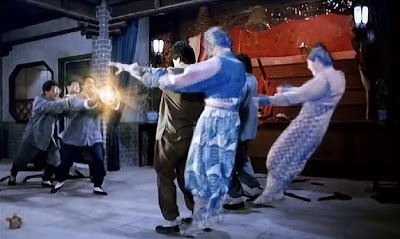 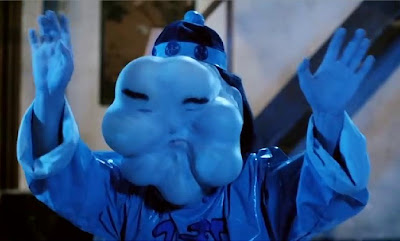 Many unusual ghost-busting techniques are employed here. Aside from the chicken blood, magic mirrors, hopping white rice and yellow spell papers used in many other Hong Kong horror flicks, plus the aforementioned wax umbrella, this has some clever ways to dispatch of or incapacitate ghosts. A medallion tempered during the "Five Elements Ceremony" can be placed on the bottom of a clay pot to suck ghosts inside and trap them there. To kill ghosts, they must be fried (yes, fried) in hot oil. During one sequence, a ghost gets half-cooked and emerges from the oil as a drippy white mess. Other tactics in the ghost fighting arsenal include spreading tar all over your body so ghosts can't see you and using a sword made of coins to hold demons at bay. 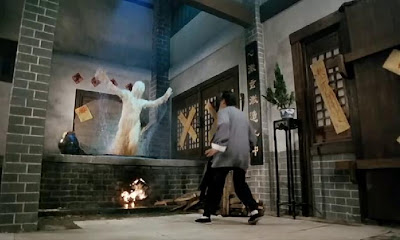 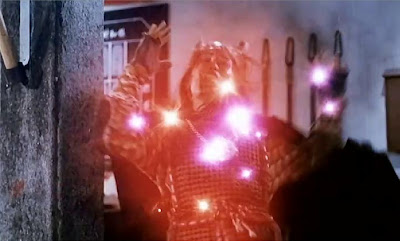 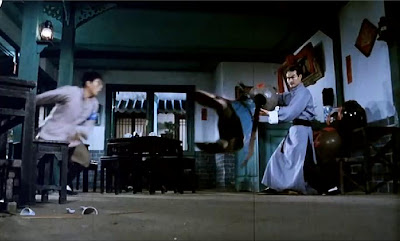 After the hokey, pseudo-family-friendly MR. VAMPIRE II (1986), this entry puts the series back on the right track again with its entertaining mixture of action, horror and laughs (though less successful at the latter than the original MR. VAMPIRE). It's well-made, well-edited, brisky-paced and very colorfully photographed. It's also packed with wild special effects, nicely-choreographed action scenes and impressive wire and stunt work. Yes, it can be a bit much at times (and the over-the-top idiocy of the Chiang character is more aggravating than humorous), but there's genuine imagination at work here, a little bit of unexpected heart and, since there's always something going on, you don't even have time to get bored.