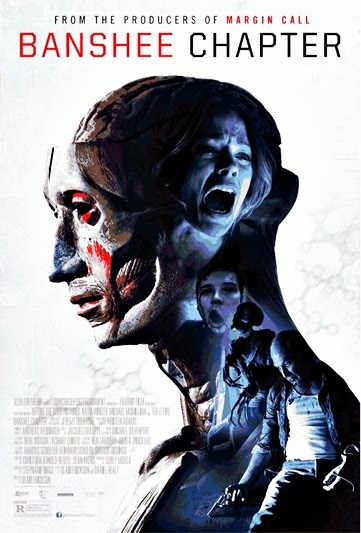 Banshee Chapter (2013; Blair Erickson) [Viewed March 23]
After a friend she met in college takes an experimental substance and vanishes shortly thereafter, and with only snippets of obscure video footage giving a hint at to what may have occurred, journalist Anne Roland (Katia Winter) tries to piece together the evidence of what really happened. This horribly-structured, needlessly over-stuffed and - considering all that's going on - surprisingly bland film dwells in some oblique conspiracy theorist wet dream realm. There are top secret government experiments, possible CIA cover-ups, the mind-altering drug MK-Ultra, bizarre radio transmissions and some kind of shadowy desert-dwelling beings that may or may not be part of this world. Ted "Buffalo Bill" Levine turns up in a sizable supporting role playing yet another weirdo. The visual presentation is every bit as annoyingly muddled as the plot, as this focuses heavily on a found footage and pseudo-documentary presentation at first and then suddenly ditches the first person camera perspective altogether. For some reason not befitting the film itself, it was shot in stereoscopic 3D. Actor Zachary (the new Spock) Quinto was one of the producers. [USA] [Rec'd by sdaveak] ★1/2
_________________________________________________________________________________ 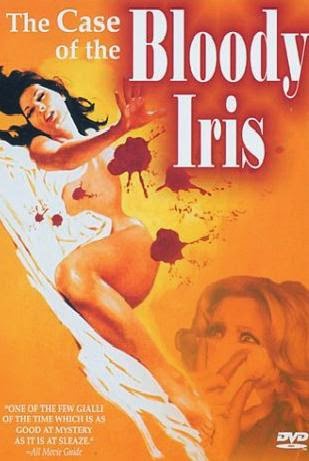 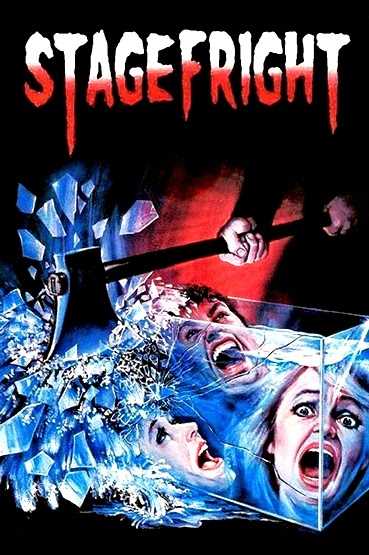 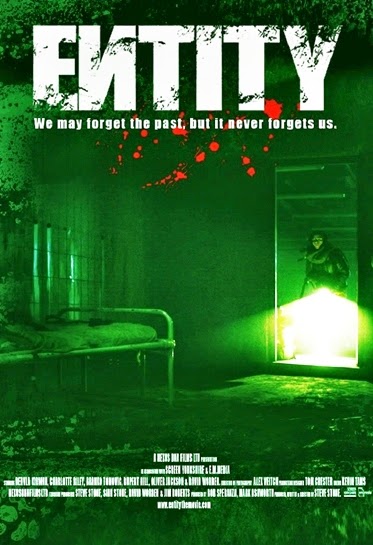 Entity (2012; Steve Stone) [Viewed March 30]
Seems like every other time I blindly watch a post-2010 horror flick it's one of these found footage / faux documentary things about ghosts. Note to future filmmakers: How bout we just move on to something else already? "Darkest Secrets" host Kate Hansen (Charlotte Riley) and her two-man crew (Rupert Hill, Oliver Jackson), along with a psychic (Dervla Kirwan) and a Russian guide (Branko Tomovic), venture deep into the Serbian forest where human remains were discovered years earlier. They all end up in an abandoned military hospital, some CGI-enhanced vengeful spirits show up and they're never heard from again. Dammit, why can't something like that happen to Zak Bagans? Reasonably good acting and an atmospheric shooting location help, but it continually and disappointingly downplays the creep factor in favor of cheap, obvious jump scares achieved primarily through sudden loud noises. Hey... what's down that corridor? BANG!!! Gotcha, didn't I? That aside, the major issue with this one - which is slapped together with some competence - is that we've seen the same exact thing too many times before and the makers of this one don't do a damn thing to spice this dreary, derivative thing up. [UK] [Rec'd by Shadowplayed] ★★
_________________________________________________________________________________ 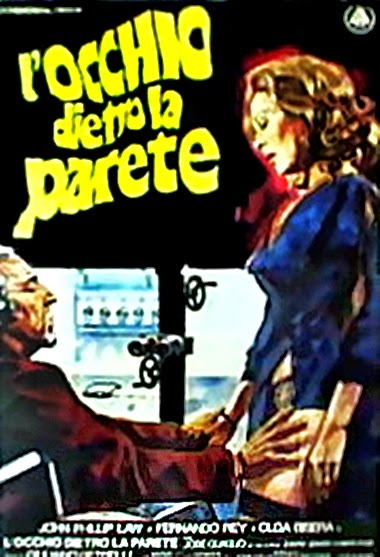 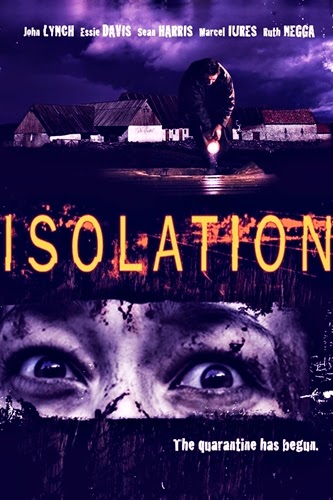 Isolation (2005; Billy O'Brien) [Viewed Jan. 30]
Creature Features these days tend to fall into two distinct categories: ones that refuse to take themselves seriously and are hoping to spin their clichéd plots, over-worked stock characters and terrible CGI special effects into forced camp (i.e. SyFy Channel crap) and ones that go a completely seriously route and want to be taken seriously. This one falls into the latter camp. It focuses on a financially-strapped Irish farmer (John Lynch) who allows a scientist (Marcel Iures) to perform genetic research (uh oh) on cattle on his remote farm, leading to some nasty monstrosities. Mutant cow fetuses? Yup. This darkly-photographed film (which sometimes utilizes the dreadful shakycam technique) is extremely derivative of the first two Alien movies and Carpenter's The Thing (1982), and though it adequately builds tension and a palpable sense of - ahem! - isolation during the first hour, it begins to fall apart toward the end. Still, it's watchable and well-made all the same. The cast is quite good and the characters are reasonably well-developed and likable. Thumbs up as well to the old school creature fx designed by Bob Keen. [UK] [Rec'd by Shadownplayed] ★★1/2
_________________________________________________________________________________ 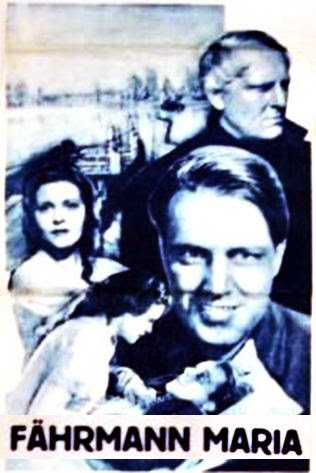 Fährmann Maria (Ferryman Maria) (1936; Frank Wisbar) [Viewed Jan. 30]
A strong-willed, independent young woman named Maria (Vampyr co-star Sybille Schmitz) arrives in a small village, takes a job working a hand-pulled ferry, falls in love with a local man and is eventually faced with making the ultimate sacrifice after a black-clad embodiment of death moves into the picture. This was one of the last films of the German Expressionist movement and, like many other films of its type, is a beautifully-made melodrama with striking imagery and an eerie bent to it.  Photography, scene framing and the outdoor shooting locations are all superb. After the Nazis gained power in Germany, Wisbar came to the Hollywood and re-filmed this same story for Poverty Row studio PRC in 1946. That film - Strangler of the Swamp - was a reasonably good effort inside its budget limitations, but I prefer the real outdoor scenery / locations and leisurely, dreamy pace of this original to the foggy sets and rushed melodrama of the later version. Fahrmann also packed more of a dramatic punch for this viewer, with a luminous central performance from its leading lady. [Germany] [Rec'd by jdidaco] ★★★
_________________________________________________________________________________ 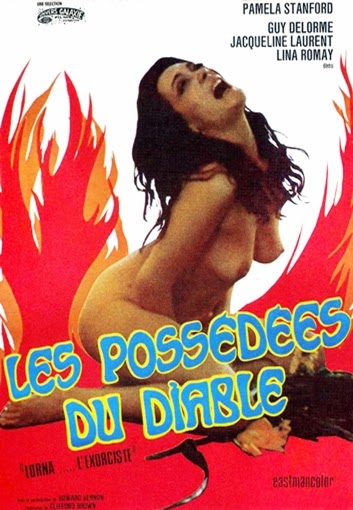 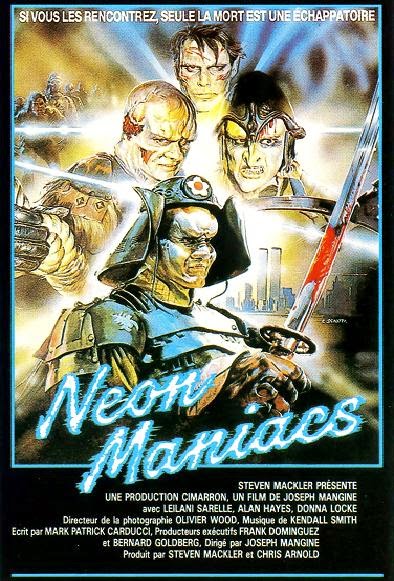 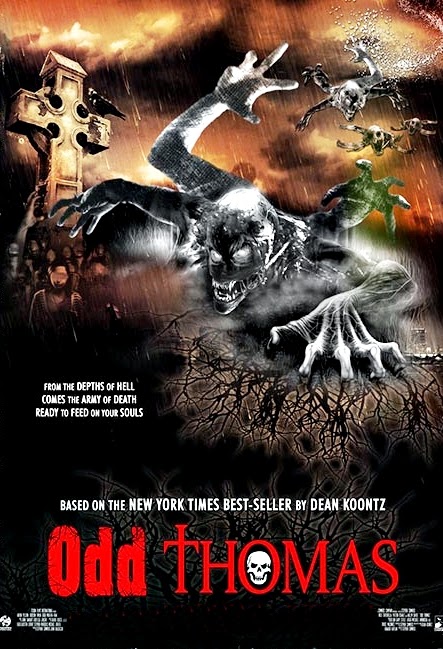 Odd Thomas (2013; Stephen Sommers) [Viewed March 17]
The Mummy Returns. Van Helsing. G.I. Joe: The Rise of Cobra... The type of soulless titles churned out by the Hollywood machine that send shudders down the spines of many film fans? Sure, but they all have another thing in common: each were made by Stephen Sommers. When I saw Sommers' name on the list of films for the challenge, I couldn't help but utter "Bleh." However, I'm happy to report that Odd Thomas is easily his best film to date. Well actually, it may be his only good film to date, but let's just forget that little detail for now. Anton Yelchin (the Fright Night remake) takes on the title role as a young small town cook with an extrasensory gift that allows him to see dead people and *other* things like vulture-like harbingers of death called "bodachs" that show up in droves any time mass carnage is anticipated...  a slew of which have just recently shown up in town. Odd must find out why or many will die. I've never read the Dean R. Koontz series this was based upon so I can't account for accuracy, but this film adaptation (which has echoes of such films as Ghost, The Frighteners and The Sixth Sense) is highly entertaining, deftly combines action, horror, thrills and laughs with a little bit of heart and is nicely performed by most of the cast; particularly the lead and Willem Dafoe as a detective. If there is one grievance I have about the film, it's the dialogue. Much of it is of the "let's be hip and clever and show how witty we are 24/7" school; sometimes it works but at other times it feels forced and unnatural. Aside from that, a surprisingly good effort from an unexpected source. The sad epitaph of this 27-million-budgeted film's quiet ushering out onto DVD earlier this year is that while it's far and away the best thing Sommers has ever done, it's now also destined to become his least financially successful. So much for actually being rewarded for fine work. [USA] [Rec'd by sdaveak] ★★★
_________________________________________________________________________________ 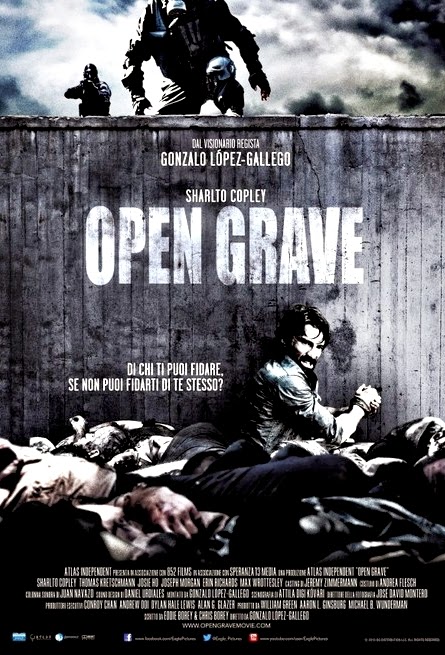 Open Grave (2013; Gonzalo López-Gallego) [Viewed Jan. 31]
A man (Sharlto Copley) awakens in a pit full of corpses, makes his way to a house and discovers other partial amnesia victims (including Thomas Kretschmann) who have no clue who they are, where they're at or how they even got there. Tensions rise, paranoia and suspicion take hold, everyone attempts to find out what's going on, some are killed and there are also "infected" zombie-like folks lurking about. What we have here is pretty much just a retread of 28 Days Later... (2002), disassembled and reconstructed in an attempt to draw attention away from the blatant similarities. It starts out on an intriguing note as we - along with the characters - wonder just what's going on and it also ends rather intriguingly, but the trip there is as tedious and boring to sit through as the whole film's washed-out grey / blue / black color palette is to look at. Though well-crafted in a medium-budget kind of way, this comes off like its creators came up with good opening and closing scenes and then just threw every other cliché in the book into the middle to lead it from Good Set Piece A to Good Set Piece B. And it's this entire uninspiring mid-section that drags this thing down to the point where I (and no doubt many other viewers out there) are barely even gonna care how things pan out by the time they do. The cast often seems awkward (not surprising considering this is an American production from a Spanish director filmed in Hungary and boasting leads from Germany and South Africa trying to talk "American" [!]), the dialogue is sometimes awful and plot developments stall out after the first reel, causing the action to become highly repetitive soon after. Open Grave is going to appeal mostly to those not all that well-versed (or worn out by) the 'apocalyptic living dead' sub-genre. For others, this is the very definition of uneven and mediocre. [USA] [Rec'd by sdaveak] ★★
_________________________________________________________________________________ 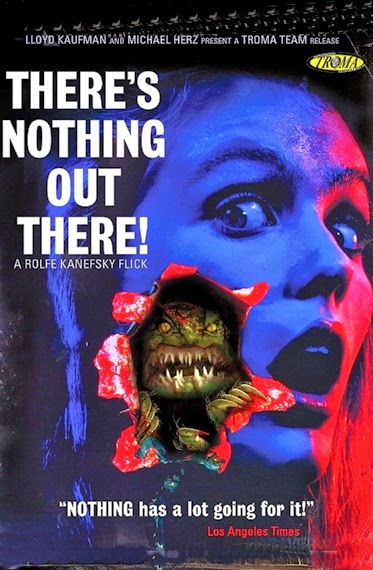 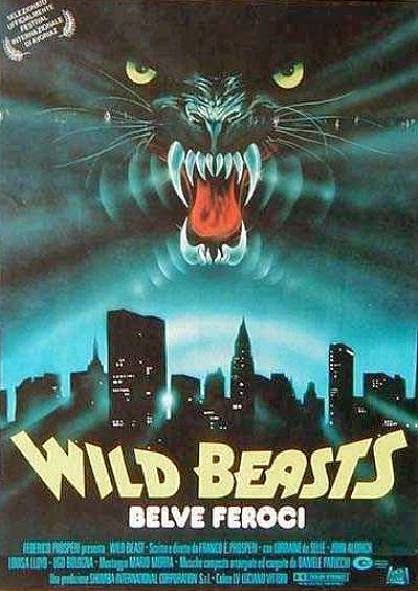 Until next time friends...