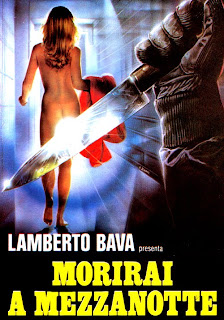 Police officer Nicola Levi (Leonardo Treviglio) discovers that his wife Sara (Loredana Romito) has been cheating on him. The two get into an argument that escalates into a brutal physical fight when he slaps her, she sinks an ice pick into his shoulder and he starts to drown her in the kitchen sink. Nicola pulls it together long enough to get out of his home before actually killing her, uttering "I hope you die!" as he exits. And wouldn't ya know it, right after he leaves someone sneaks in and stabs Sara to death while she's in the shower. The killer even uses the same ice pick. Now with blood evidence where he was injured, a witness (he passed a mechanic on his way out) and a motive (his wife was rich), the cards are stacked against poor Nicola, who is forced to flee and hide out from the police. Anna Berardi (Valeria D'Obici), a professor and police psychologist who also happens to be Nicola's friend, believes the murder is just too brutal to be pinned on Nicola. In fact, it matches the same exact m.o. of a serial 'ripper' murderer named Franco Tribbo (Peter Pitsch). The problem is, Franco died in a nuthouse fire years earlier... or at least he was believed to have been. 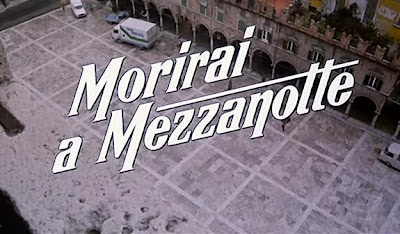 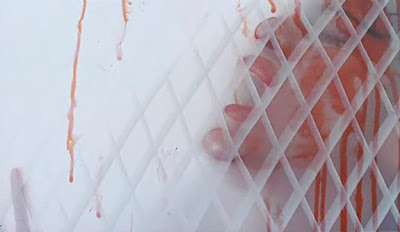 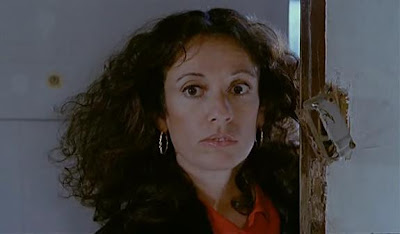 After a second woman is chased into an abandoned opera house and is ice picked to death, Anna is assured of Nicola's innocence. She's even more assured when Franco himself shows up at her home one evening. Paolo Malco (star of Fulci's HOUSE BY THE CEMETERY) has the thankless role of Inspector Piero Terzi and he seems dead-set on Nicola's guilt. He doesn't believe Anna when she says Franco is still alive. Hell, he doesn't even believe his own daughter Carol (Lara Wendel, from Argento's TENEBRE) when she finds herself stalked by Franco while locked in a museum. A bit rattled by almost being killed, Carol decides to go to an unpopulated resort area, off-season while no one is around, of course, with a couple of her classmates; Gioia (Lea Martino) and Monica (Eliana Hoppe). Meanwhile, a policeman hears a scream and stumbles upon Nicola trying to attack Anna with a knife. Nicola is shot dead... and yet the murders continue. 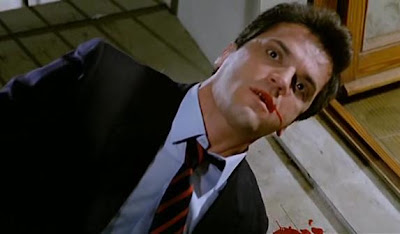 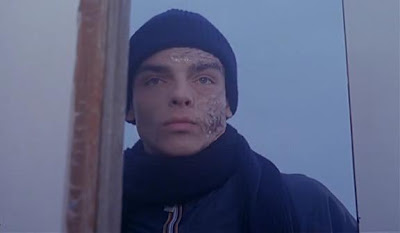 Franco murders a shopkeeper by stuffing lingerie down her throat (after trying to force her to model a bra for him), and then decides to pay Carol and her girlfriends a visit. Carol and Gioia go jogging, so Monica is first up. If you don't laugh (or at least roll your eyes) watching her attempt to fight off the psycho with an electric mixer and then turn away from the killer and just stand there until he walks up to her and stabs her in the back, then you’re a more forgiving person than I. I should probably point out here that the killer also uses the mixer to, uh, violate the corpse, and had previously done the same to another victim with the ice pick. Just thought I'd throw that out there. 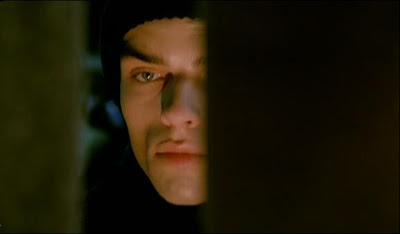 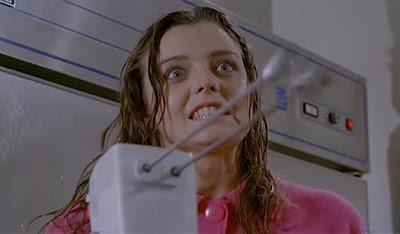 So where was I? Oh yes... Carol and Gioia make it back to the hotel and then it's their turn. Anna, the Inspector and another male classmate named Alberto (Marcello Modugno) also show up, and all that's left is one of the most ridiculous 'reveals' you'll find in the slasher canon... which goes completely against several things we've seen earlier in the film. Yes, several classic 'cheat' scenes were employed to try to throw us off. Boo. Hiss. And damn you Bava Junior (and you too, Dardano Sacchetti), it actually worked on me. 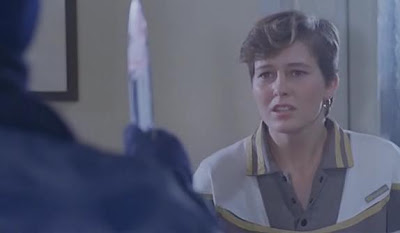 For what it's worth, this is fairly bloody and it's reasonably budgeted, scored (by Claudio Simonetti) and photographed (by Gianlorenzo Battaglia). There are few nice, stylish shots here if you like seeing light glimmering off of knife blades and such. On the down side, it's poorly written, silly as hell and the acting is mediocre at best. There's also more nudity on the poster than there is in the actual film. It's kind of amusing that every alternate title contains the word "midnight" in it, yet nearly every murder (aside from one where the victim specifically states it is 8pm right before she's killed) occurs in broad daylight. 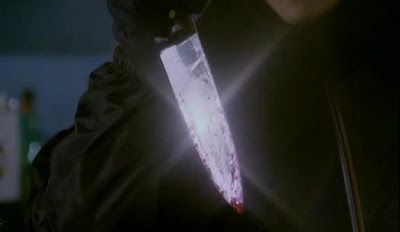 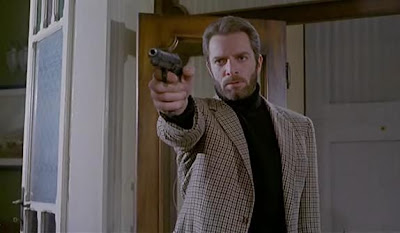 So when all is said and done, I can only really recommended this one to undemanding slasher / giallo fanatics. It was never officially released in America.