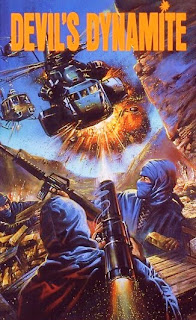 
Oy vey! Here's yet another incomprehensible mess from Filmark International, this time involving a silver super hero, drug lords, gamblers and hopping vampires. Large chunks of the movie were swiped from a 1979 crime drama called The Casino Giant (aka City of Vengeance or aka Duel in a Gambling Den) as well as a second film called The Stunning Gambling, made in 1982. Most of the rest of the footage was made by one "Joe Livingstone" who may be producer Tomas Tang or may be Hong Kong cut-and-paste master Godfrey Ho or may be someone else entirely. Reference books and most websites credit Ho with the direction, so I will be listing him as such too unless I hear definitive proof to the contrary. Not just content with borrowing from two other films, much of the same footage used here was also seen in another Ho / Tang hack-job called Ninja, the Violent Sorcerer, which credits director "Bruce Lambert" and is listed on IMDb as being released in 1982 but was probably slapped together sometime later (a Hong Kong film database claims 1987). Yes, this is all confusing as hell but that's par for the course with nearly all of the output from Tang, Ho, Filmark, etc. Maybe one day someone will figure this all out.


And while we're on the subject of confusing, all of this spliced together and re-dubbed footage boasts three completely different plots simultaneously running parallel to one another, never really gelling together and all duking it out for our attention. There's no winning this particular battle, though, None of this makes a lick of sense. There's lot of fighting and numerous WTF moments sprinkled throughout, but this doesn't really cut it as a good bad movie. It's mostly just confusing, senseless, frustrating and just plain boring to sit through. 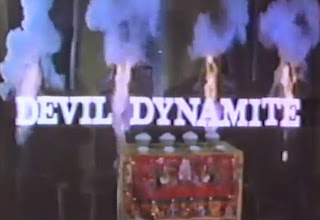 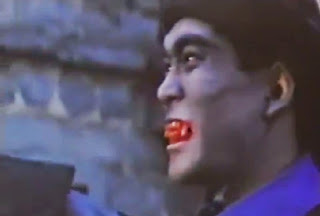 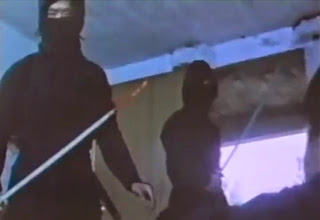 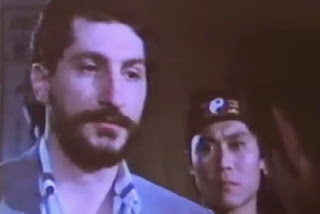 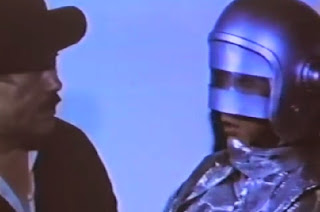 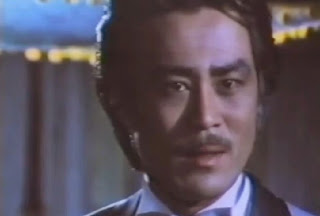 Using a voodoo doll, American drug lord Ronald has managed to put a Taoist priest under his spell and forces the man-of- the-cloth to tend to four hopping, blue-faced vampires who become more and more powerful with each drop of human blood they consume. These karate- fighting bloodsuckers can appear or disappear at will and are only kept in check with a piece of spell paper attached to the forehead. Meanwhile, "gambling king" Steven Cox (Kuan-Hsiung Wang) has just been released after ten years in prison and has vengeance on his mind. Steven wants to get back at Madame Mary (Elsa Yeung) aka "the bitch who betrayed me," for not only getting him arrested but also helping to destroy his previous marriage and driving his wife and kids away. Mary is now engaged to a young, apparently not-very-observant policeman named Louie (Lau Seung-Him), has taken over his home and casino business and is now known as "the queen of the underworld." 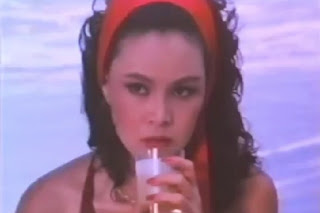 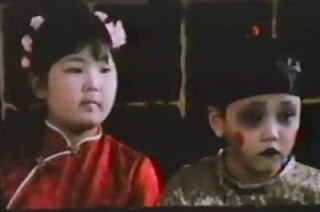 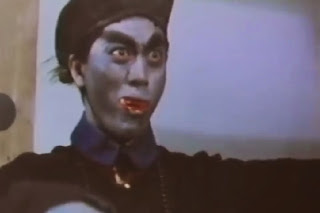 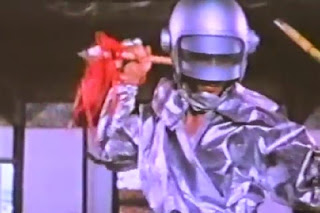 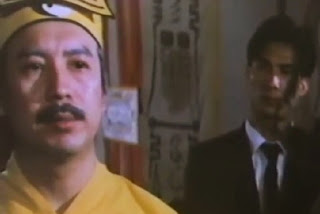 Elsewhere, a man named Alex (Suen Kwok-Ming) is living a double life as a crime fighter named "Shadow Warrior." Decked out in a baggy silver outfit, silver boots and silver motorcycle helmet, Alex battles not only the vampires, but also the evil priest, the American mob boss and their black-clad ninja henchmen, all of whom are working for Mary. So who is Alex working for? Well, apparently a guy named Mr. Ivers (Chung Tien Shih), his yellow-robed Taoist "master" and Steven Cox... I think. There's lots of double-crossing and even double-crossers being double-crossed, characters flipping allegiances and a bunch of people running doing things that don't necessarily make any sense. It's impossible to keep track of all of the characters and what they're up to. I'm not even fully convinced the people responsible for dubbing this understood what was going on. 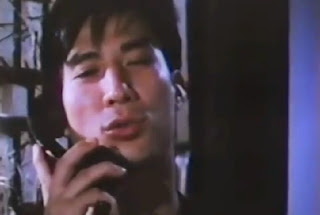 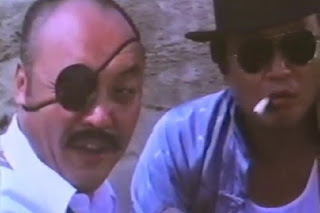 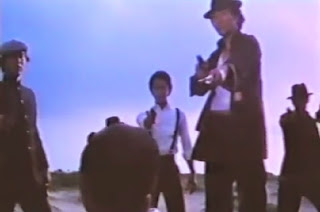 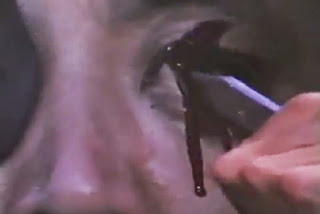 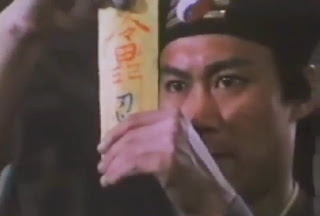 Also thrown into the mix are a bunch of annoyingly-dubbed kids playing vampire games, a hidden case of gold buried on the beach that numerous characters want to get their mitts on, an "anti-sorcery mirror," long scenes of the Taoist cutting his hand, bleeding into a bowl, playing around with fire and sparklers (which I guess is the "Devil Dynamite" of the title) and conducing vampire training sessions, tons of random fight scenes and some laughable dialogue ("Do unto yourself what others want to do to you... CUT YOUR BALLS OFF!!") There's also one scene that is repeated in its entirety two times for no apparent reason. At the very end there's a fun fight sequence between some of the more colorful characters but it's too little too late by that point. The entire cast listing in the opening credits is fake, though martial arts fans may recognize "Lady Kung Fu" Angela Mao Ying in about 30 seconds of the recycled footage. 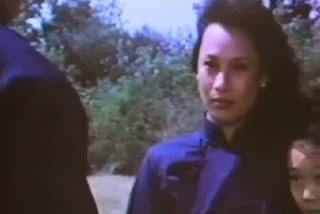 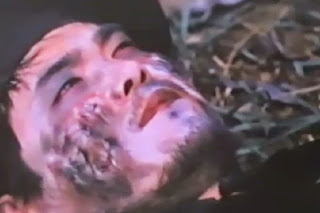 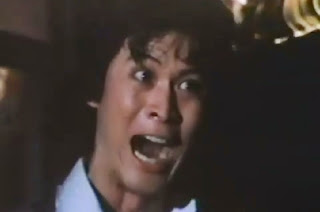 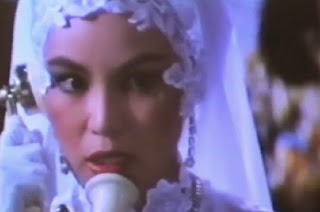 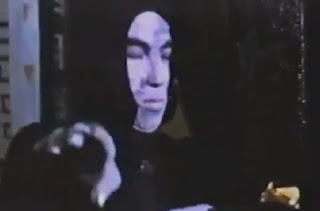 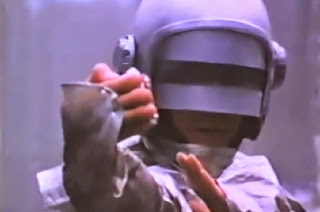 To my knowledge, this was first issued on VHS here in America on the Star Classics label in 1990. IMDb claims it was released before then by TransWorld, who also released numerous other films from these same people, like DIAMOND NINJA FORCE (1988) and The Vampire Is Still Alive (1989), but I can find no evidence of that. In 2006, BCI / Eclipse released it on DVD as part of their "Eastern Horrors" collection. That set also includes the similar and equally awful, though slightly more fun, ROBO VAMPIRE (1988).

★
Posted by The Bloody Pit of Horror at 8:04 PM No comments: