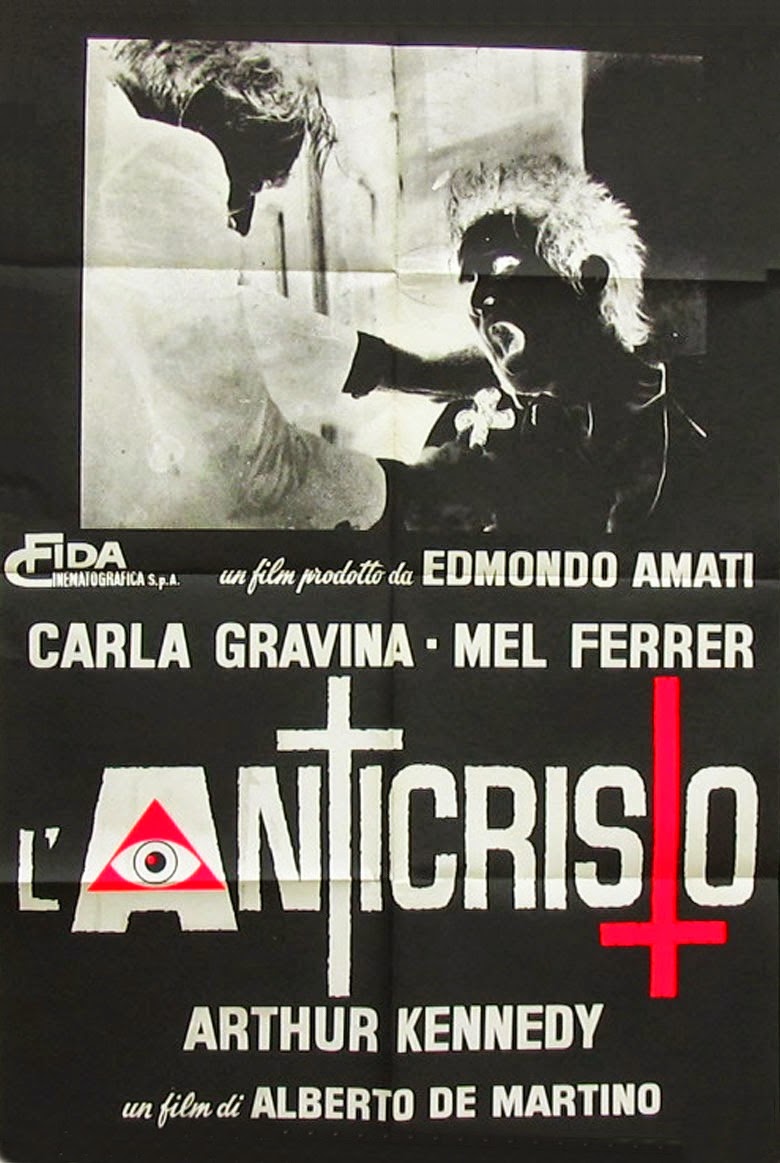 
One of at least a dozen devil / demon / evil spirit possession films to emerge immediately after The Exorcist, this one has better production values than most, but that doesn't mean it's actually any better. In fact, it's ineffectual and often being just plain boring. At the tender age of 12, Ippolita was involved in a car crash that killed her mother and left her crippled. Now as an adult, Ippolita (short-haired Carla Gravina) is lonely, bitter and resentful. After all, she's spent a good deal of her life trying and failing to find a cure for whatever psychosomatic maladies are keeping her from walking. She also feels that God has failed to help her and has turned her back on her beliefs. Any ill feelings she felt for her wealthy father Massimo (Mel Ferrer), whose negligence led to the car crash years earlier, have manifested themselves as incestuous desires toward him that grow more intense once daddy's love will have to be split between her and his new girlfriend Gretel (Anita Strindberg). So it's safe to assume that Ippolita's one fucked-up chick. And things are about to get even worse!

A possessed man (Ernesto Colli) kills himself at a sacred site Ippolita and her father visit, resulting in the evil spirit hand picking our heroine as the perfect vessel to inhabit. After all, 400 years earlier she was a witch who was captured and burned at the stake. Symptoms manifest themselves slowly. Actually, too damn slowly. But then, Ippolita finds herself having a bizarre nightmare where her former witchy self had gone through a Satanic initiation involving getting laid out on a table nude and having a guy in a horned mask make her slurp some blood, eat a frog's head and lick a goat's... Well, no need for gory details.

Afterward, Ippolita regains her ability to walk. She uses her newfound freedom to seduce a teenage boy and twist his head around backwards then returns home to act out in all the usual possessed ways. She says lots of vulgar, degrading things, levitates, drools, pukes, makes furniture and paintings move and lights flicker and tries to seduce her own brother, Filippo (Remo Girone). During one scene, she detaches her own hand and uses it to strangle a faith healer (Mario Scaccia) her God-fearin' maid Irene (Alida Valli) brings over. Eventually, and with some help from Ippolita's bishop uncle (Arthur Kennedy), a more qualified fellow (George Coulouris) is dragged in the predictable exorcism climax where Ippy pukes, is doused with holy water and finally gets outside the home and tries to kill herself.

There's an effective score by Ennio Morricone and Bruno Nicolai, nice exterior location work in Rome, very good interior art direction (including a hallway full of stone busts sticking out of the walls) and sharp and sometimes striking cinematography courtesy of Aristede Massaccesi (better known to us yanks as Joe D'Amato). What really sinks the whole thing is that there's not a single likable character to be found in the entire film. Irregardless of her situation, Ippolita is so miserable, bitchy, spoiled and self-absorbed it's impossible to warm to her. Other characters tend to be uninteresting, generic and/or underwritten. The special effects are a mixed bag too, leaning toward unimpressive, with disappointingly minor possession makeups.

Scenes were trimmed for the original U.S. theatrical release (under the title Blasphemy) as well as the VHS release (as The Tempter). The uncut DVD version was released by Anchor Bay. 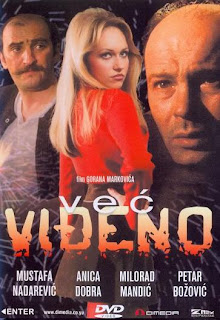 ...aka: Deja vu
...aka: Reflections
Directed by:
Goran Markovic
Along with ANGST (1983) and HENRY: PORTRAIT OF A SERIAL KILLER (1986), this is one of the 80's most effective attempts at looking at a psychopathic killer through more insightful eyes. You won't find loads of on-screen gore here, nor will you find reactionary scares or visual shocks in the expected slasher-killer frequency. This is a deliberately-paced portrait of a deranged mind that builds slowly as a character-driven drama before suddenly erupting into violence when it nears its disturbing conclusion. Another point of interest, aside from revelatory performances from several actors I'd never even heard of before, is a plot that manages to give viewers glimpses inside the political and social climate of Belgrade in both the pre and post WWII-era and the impoverished, though more liberated, early '70s era. The period-set scenes are then effectively sandwiched between a relevant and eerie revenge-themed story that returns us to contemporary times.
.
In the opening sequence, a man watches as an elderly pianist gets ready to take the stage. The film then jumps to 1971 at a performing arts college, which includes courses on everything from martial arts to Esperanto. Awkward, repressed, middle-aged piano teacher Mihailo (Mustafa Nadarevic) is just one of many men enamored by attractive, outgoing, flirtaceous modeling teacher Olgica (Anica Dobra). To Mihailo's surprise, the sexy young woman aggressively starts a sexual relationship with him with absolutely no provocation. Unfortunately, Mihailo soon learns that there's little attractive about Olgica beyond the surface. She's cold, cruel, materialistic and seems to use whatever man comes her way that can be easily manipulated. Also embittered by the fact she has to share living space with an alcoholic father and a brother with an eye condition no one can afford to have treated, Olgica seems to view men as disposable tools used to improve upon her own life. But she's chosen the wrong guy to mess with this time.
.
Aside from being in a thoroughly unhealthy relationship, Mihailo's slipping sanity isn't helped any by dire living conditions (he shares a filthy and cluttered home with a family headed over by a taunting jerk, played by Petar Bozovic) and frequent recollections from the past that seem to directly parallel what's currently going on in his life; the Deja vu the alternate title alludes to. Flashbacks reveal a very traumatic childhood at the hands of a pushy, abusive father who attempted to force his young son to become a piano prodigy. After an affair, his parents split up and both die soon after; the father executed as a communist and the miserable mother from tuberculosis, leaving behind a rather confused teenager who gave up on the piano aspirations for life as an instructor. Things come to a head when the school Mihailo and Olgica both work for is offered the opportunity to put on a televised talent show. When Mihailo finds himself unable to perform, he's casually cast aside by his new girlfriend and then erupts into violence.
.
Thematically, the traumatized-child-turns-psycho plotting certainly isn't anything new or novel, but the film itself seems fresh thanks to the specific social climate (how many Serbian horror flicks can you think of?), outstanding acting (particularly the two leads), the attention paid to character and a story framework smoothly covering a 60 year time span. Production values are also very good, with spot-on period detail and costumes to reflect the changing times, an eerily moving classical score, smotheringly oppressive art direction and some arresting cinematography (there are several unbroken POV tracking shots that fans of elaborate camerawork will certainly enjoy). The violence quotient is pretty low overall, but the film does get graphically violent toward the end.
.
The film won five major awards in its home country, but never even made a ripple here in the States. There's no video or DVD for this one folks, though an English-fansubbed copy is floating out there in cyberland if you know where to look.
★★★
Posted by The Bloody Pit of Horror at 2:02 AM No comments: