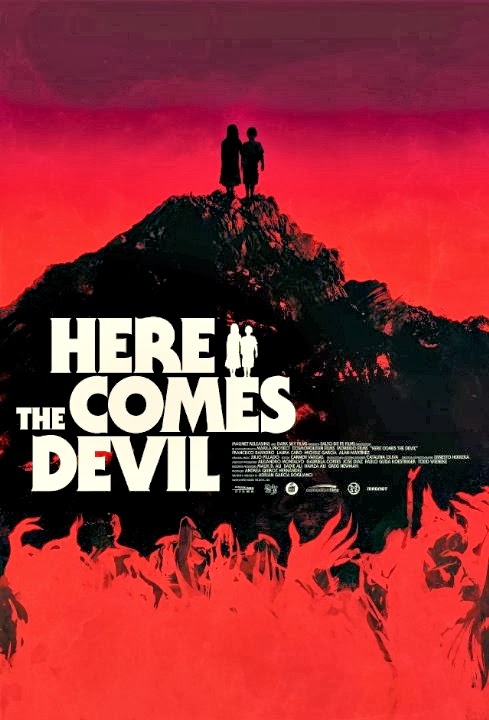 While out and about, married couple Felix (Francisco Barreiro) and Sol (Laura Caro) and their tween kids Sara (Michele Garcia), who's just had her first period as the film opens, and Adolfo (Alan Martinez) stop at a gas station. The kids wander off up a hill near some caves and don't show up again until the following day. They're not quite the same when they do. Now withdrawn, cold, creepy and emotionless, the children begin to retreat into their own world, form a rather unhealthy (and possibly incestuous) attachment to one another and ditch school to make return trips to the cave. A visit to a shrink reveals that the two appear to have suffered from some kind of vague "traumatic sexual experience," which leads Sol on a quest to find out what really happened the night they vanished.


Here Comes the Devil is neither terrible nor great. I was fairly engrossed in the plot - at least for awhile - but the direction (particularly excessive zoom shots) and editing annoyed me at times and the whole film has this really murky, ugly look to it. Other moments, like a sudden burst of metal music in the car when the kids are spazzing out, made me laugh and I don't think that was the intended effect. I did like the loose nature of the plot and always appreciate it when a filmmakers respect our intelligence enough to allow us to fill in the blanks ourselves, which seems to be what the true intent was. However, it also doesn't capture the same haunting quality of several movies it clearly takes inspiration from like Picnic at Hanging Rock and The Vanishing. So while I was reasonably entertained, I was never once scared or even mildly creeped out by what goes down here, and I think that's what ultimately disappointed me. Like many other modern genre films, it's more unpleasant and dreary than anything else. 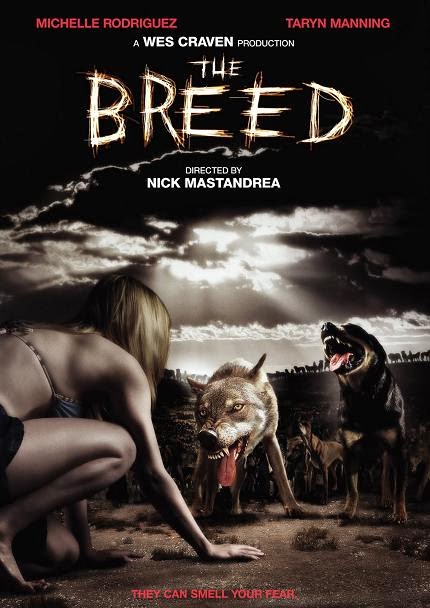 I was nearly done with a full review for this sucker when my power went out and I ended up losing the whole bloody thing. Arrrrrr arf arf arf! Oh well; this utterly forgettable animal attack flick (executive produced by Wes Craven) doesn't deserve much comment, anyway. It's five twenty-somethings trapped on an island with a pack of vicious wild dogs who've been enhanced by the wonders of science. There are a few exciting scenes, but the writing and dialogue are pretty lame, the two-legged members of the cast really suck and this trots out the highly irritating and faintly offensive black guy stereotype yet again. You know, the third wheel to two white couples, the"comic relief" who dies first and the 100th black dude in a 2000s horror film forced to utter the line "Now that's what I'm talkin' bout!" Favorite moment: Dogs have one-note tough girl Michelle Rodriguez by the ankle on the porch and Oliver Hudson's character raises his bow to shoot it. The camera does this hilariously stupid Matrix spin around him, he shoots the arrow, accidentally hits Rodriguez in the leg and then the camera returns to him and he is just standing there doing this pouty model-esque pose with absolutely no emotion on his face whatsoever. I literally burst out laughing. [Germany / South Africa / USA] [Mikey_Elite, you owe me a beer.] ★★
________________________________________________________________________________ 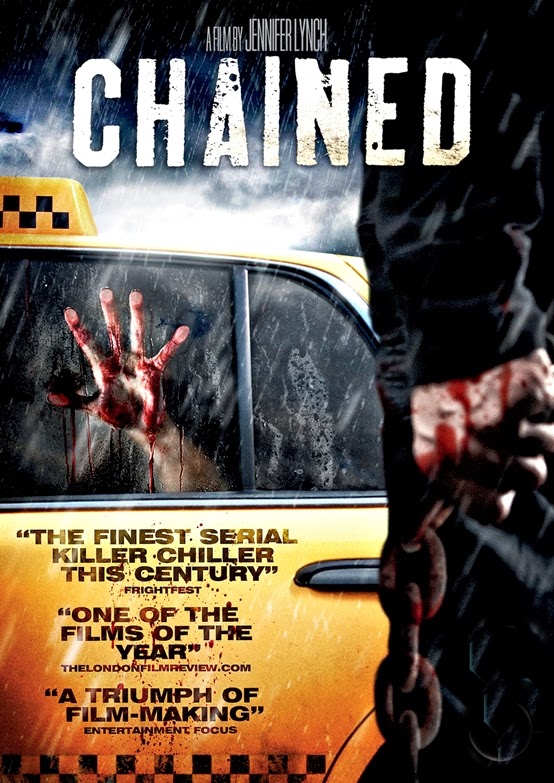 I haven't seen a Jennifer (daughter of David) Lynch movie since the critically panned Boxing Helena (1993), so it was nice to catch up a bit on her work a bit. She's certainly improved some. Like Helena, which featured Julian "Warlock" Sands kidnapping and dismembering the beautiful-but-bitchy Sherilyn Fenn, this also involves human enslavement, debasement and psychological torture. Vincent D'Onofrio, doing a 180 from his "Law & Order" TV detective role, plays a slow-speaking degenerate psycho / rapist who murders a woman, kidnaps her young son and renames the boy Rabbit (Eamon Farren). The boy is chained up in the kitchen, abused, dehumanized, forced to eat leftover scraps and degraded throughout his youth and bears witness to all kinds of horrible, horrible things over the years. Once he reaches young adulthood, "dad" then tries to get "son" in on the action. This is pretty harrowing, well-acted and effective, with lots of extremely sick and unpleasant content (kidnapping, rape, dismemberment, child abuse, incest and necrophilia to name but a few). Unfortunately, the film eventually has nowhere to go so it tacks on a truly terrible 'twist' ending that costs it a few points in my book. [Canada] [Rec'd by Shadowplayed] ★★1/2
__________________________________________________________________________ 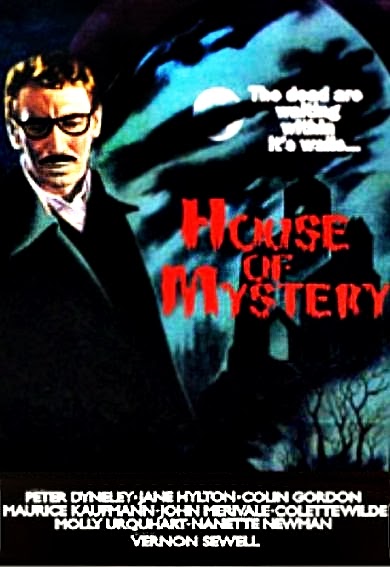 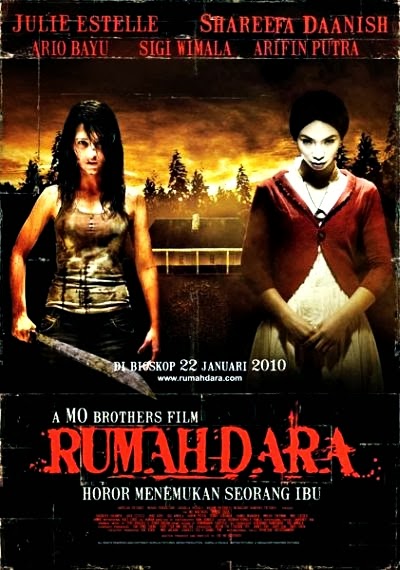 On a dark and stormy night, a young married couple about to relocate to Australia, the man's sister and three other male friends are headed to an airport in Jakarta when they stumble across a confused woman standing out in the rain. They end up giving the girl a lift back to her home, are invited inside and discover a little bit too late that the girl and her entire family are ageless psycho cannibals who must consume human flesh in order to stay alive. This is a must-see for lovers of cinematic carnage. After a routine start, it picks up by the midway point and pretty much becomes a fast-paced, extremely bloody, violent and gory free-for-all. There are chainsaw beheadings, dismemberments, throat slashings and eyeballs getting gouged out right and left. By the end, the home it takes place in so hilariously drenched in blood that everyone's slipping around in it. Macabre is competently put together for what it is and features decent performances, with particular kudos going out to the lovely Julie Estelle as the tough, resilient heroine (who takes about as many licks as Marilyn Burns did in The Texas Chainsaw Massacre) and Shareefa Daanish as the creepy, well-preserved mother. There's next to no plot to get in the way of the outrageous bloodletting, which is going to be a positive for some viewers and a negative for others. Personally, I enjoyed myself for the most part, but it grew a bit tedious and repetitive during the final twenty minutes. Still, if you really groove on the red stuff, don't let me deter you. Check it out. [Indonesia / Singapore] [Rec'd by NoseOfNicko] ★★1/2
__________________________________________________________________________ 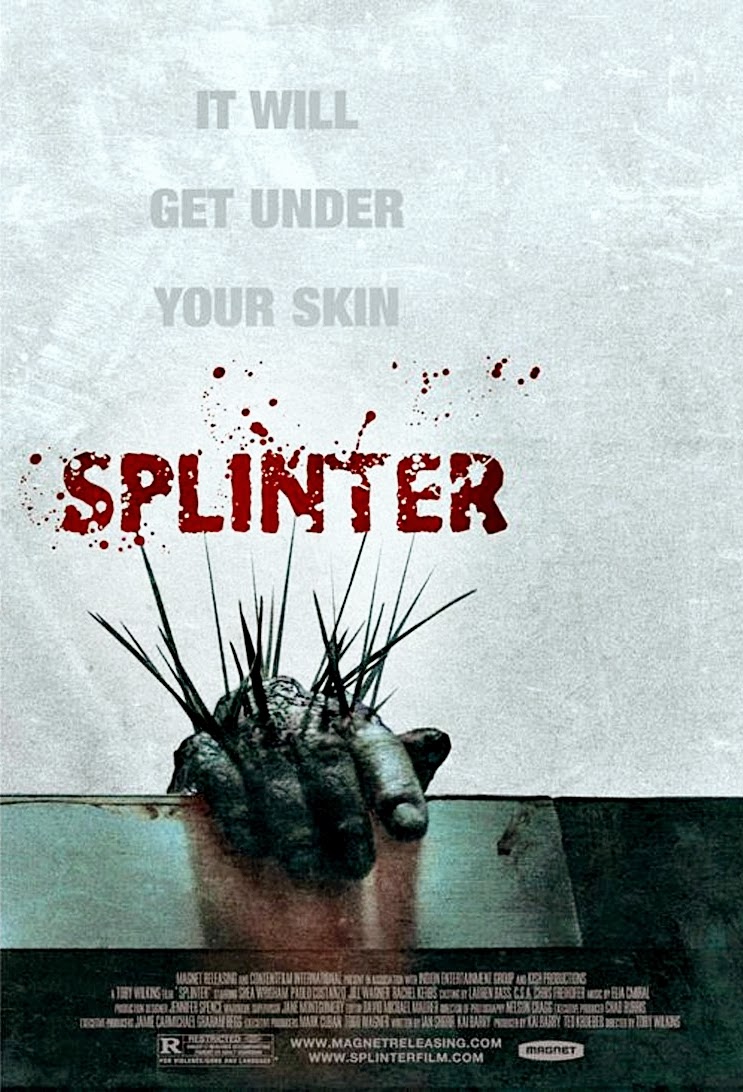 While on vacation, a young newlywed couple (Jill Wagner and Paulo Costanzo) are carjacked by a dangerous thug (Shea Whigham) and his junkie girlfriend (Rachel Kerbs) and everyone ends up stuck inside a gas station while a prickly parasitic organism capable of infecting its victims does its thang. This low-budget monster movie received an awful lot of hype in the genre press a few years back and it really does have some good things going in its favor. Wagner and Whigham are appealing, some of the dialogue is well-written and snappy, it's fast-paced and the special effects (which are clearly inspired by John Carpenter's The Thing), at least what we can make out of them, are good. Unfortunately, even with such promising things going on, the results are completely botched by the abysmal visual presentation. After awhile, my enjoyment level - and nearly my will to even live - was literally shaken right out of me by some of the worst seizure camerawork and flash editing my eyes have ever laid eyes on. Note to future filmmakers: please stop this shit already! [USA] [Grabs DeaconFrost666 and vigorously gives him a few shakes] ★★
__________________________________________________________________________ 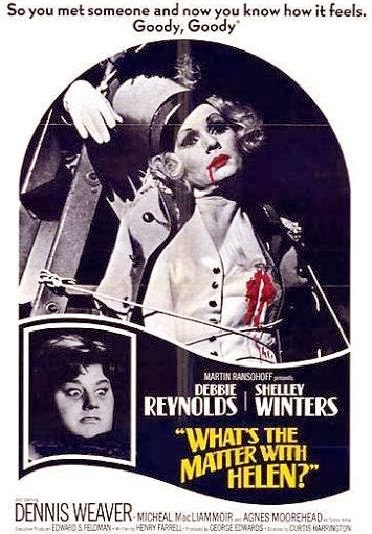 *PICK OF THE WEEK* After both of their sons are thrown in the slammer for committing murder, glamorous dance instructor Adelle (Debbie Reynolds) and her frumpy, heavily-religious pal Helen (Shelley Winters) save face by fleeing their small town, changing their last names and opening up a dance and drama school in Hollywood. Both ladies are harassed by a mysterious phone caller who threatens to expose their pasts and poor Helen, who's a bit too fixated on both her friend and her religion, suffers from a nervous breakdown, begins having scary hallucinations, tries to wreck her gold-digging buddies chances at snagging a rich Texan (Dennis Weaver) and pretty much just goes bat-shit crazy in that distinctly Shelley Winters kinda way. This well-produced, highly-entertaining slice of Grand Dame Guignol boasts great performances from the leads (plus a memorable supporting turn from Micheál MacLiammóir as a stuffy voice teacher), top notch production values and spot-on art direction and costumes (the latter rightfully receiving an Oscar nomination) which both contribute to a wonderfully realized evocation of 1930s Hollywood. There are a lot of lengthy dance / musical numbers in here so the psychological horror elements get short changed a bit in the process, but this is still hugely fun and extremely entertaining. [USA] [Goody Goody psychotronicbeatnik] ★★★
__________________________________________________________________________