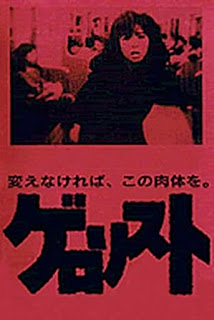 
A young woman (Chiemi Endô) dressed in black is seen acting strangely on a playground swing and then a subway. Nearly three minutes of this 12 minute short are then dedicated to her throwing up some kind of white substance all over the ground. Then it's back to the subway where she runs from the pursuing camera, jumps on and off the seats, writhes on the ground and probably scares the hell out of the other subway passengers. She then runs through the busy streets, gets an ice cream cone, drops it, screams, storms off, hassles some guy, screams some more and finally has all of the bewildered bystanders standing around laughing. Is the girl going insane? Having a mental breakdown? Possessed by some demon or evil spirit? On drugs? I guess that's up to you to decide. Can't say that I really cared either way. Since it's frequently out of focus, was filmed with a shaky handheld camera on grainy 8mm and in a guerilla filmmaking style (right down to real people who happen to be around when they were filming staring right at the camera) and frantically edited together that apparently makes it Experimental Art™ for some viewers. To me it was 3 minutes of puking and 7 minutes of a girl running around shrieking like a lunatic. I didn't find it the least bit interesting on either a thematic or aesthetic level. 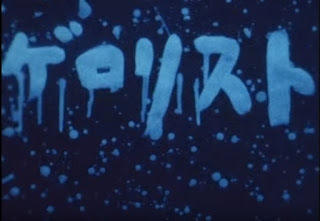 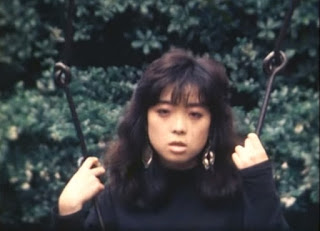 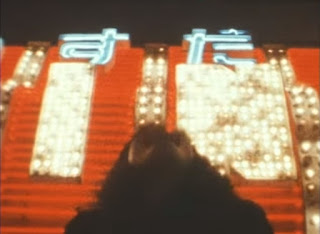 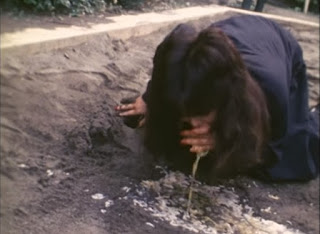 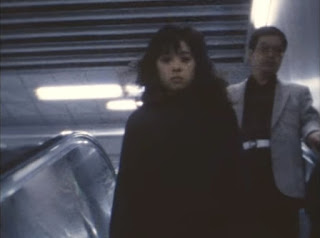 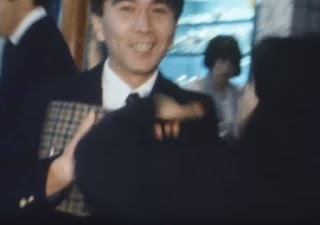 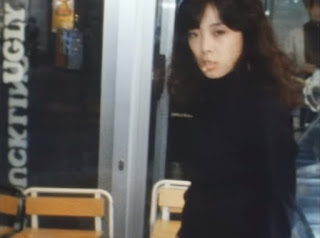 Fukui achieved some minor cult fame later on with his cyberpunk / "splatter-punk" features 964 Pinocchio (1991) and Rubber's Lover (1996). Prior to that he made the seldom-seen crime-thriller Metal Days (1986), which he made when he was still in college, and a handful of other shorts like Scourge of Blood (1984), involving a punk stabbing a man and runs just three minutes, and the 33-minute "experimental cyberpunk" film Caterpillar (1988).