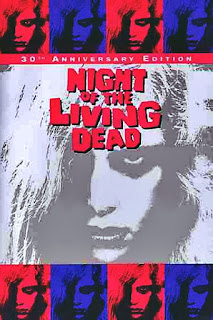 ... aka: Night of the Living Dead: Final Version


Instead of leaving well enough alone or releasing a new remastered version of Romero's masterpiece NIGHT OF THE LIVING DEAD (1968), John A. Russo and many other Night alum got together and decided to film brand new scenes. Blasphemy you say? You would be correct for the most part. This footage (about 17 minutes in total) was then wedged into a shortened cut of the '68 version wherever it would fit for the film's 30th Anniversary release. This new stuff was shot in black-and-white (by original Night cemetery ghoul S. William Hinzman) in an ill-fated attempt to match it to the original. A new music score was the other major change. Hinzman also helped produce and edit while Russo directed, wrote and edited, plus helped finance the project through his company Market Square Productions. Seeing how Market Square was making things like Swimsuit Sensations (1992), SANTA CLAWS (1996) and Scream Queens Naked Christmas (1996) at around the same time, who'd have ever guessed the resulting footage would end up so shitty?


Other Night vets who got involved include Russell Streiner (an editor), Karl Hardman (still photographer and make-up) and Marilyn Eastman (who handled some of the zombie extra make-up). Perhaps the biggest sin of all was that they actually cut about 20 minutes from the original just to make room for the new stuff. For the record, Romero wanted nothing at all to do with this project. He didn't work on it, didn't endorse it and didn't even want his name associated with it, so I'm not going to list him as the co-director out of respect despite the fact he's credited as such on the print. I'm also not going to recap the events of the original as most people already know what goes on there. 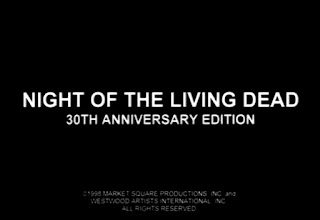 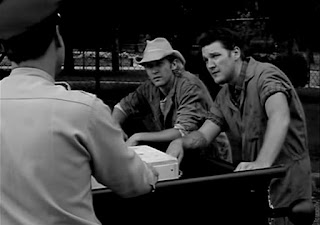 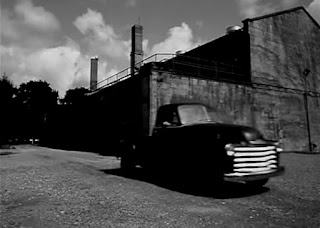 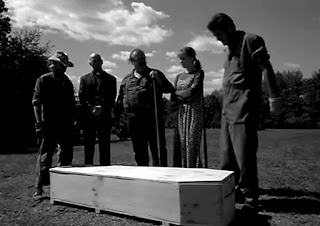 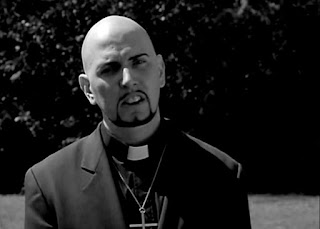 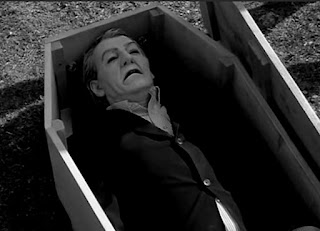 The new footage begins at a prison as grave diggers Dan (Grant Kramer) and Mike (Adam Knox), escorted by guard Charlie (Scott Kerschbaumer), carry a coffin to their pick-up truck and load it into the back. Inside the box is the body of a notorious child molester / murderer who's just been fried in the electric chair. In order to skirt any potential controversy, the warden has ordered the men to quietly, secretly deliver the corpse to the local cemetery and bury it without any commotion. Meeting them there are Arthur (George Drennen) and Hilda Krantz (Julie Wallace), the parents of one of the young victims who want some closure, as well as bald Reverend John Hicks (Scott Vladimir Licina). Arthur demands they open the casket so he can spit on the corpse then he and his wife storm off. After reciting a prayer, the reverend then walks away. And once the corpse (played by Hinzman to connect it to the original) rises from the grave, the two movers jump in their truck and also take off. (This was used as a prologue before Johnny and Barbara arrived at the cemetery.) 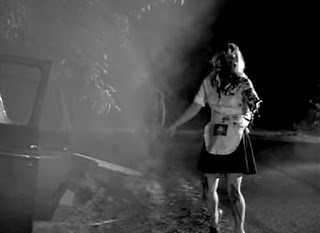 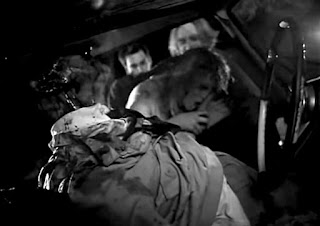 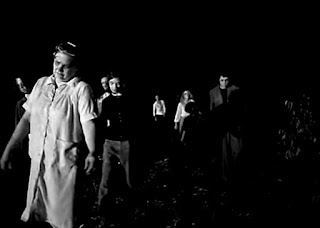 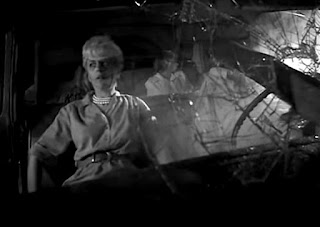 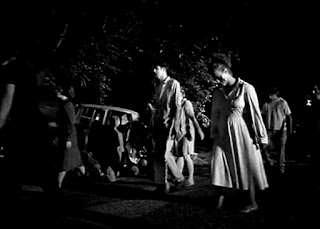 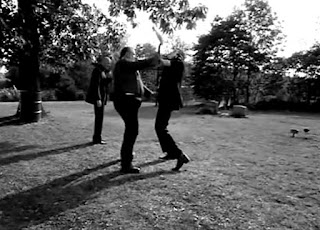 Next up we visit a car crash site where a family of four lie dead. The mother and two daughters return as zombies and exit the car while more zombies - including a waitress with her arm ripped off (Heidi Hinzman) and a mangled garage mechanic (Dan Abraham) - start feasting on the father's body. We then get a parade of zombies across the screen from multiple angles. (These shots were blended in with shots of the zombies gathering outside the farmhouse after the truck explosion in the original.)


Adding to the "next day" scenes, reporter Darlene Davies (Debbie Rochon) is interviewing the Reverend about the burial of the killer at the cemetery while, hilariously, an armed posse just shoots zombies all around them. The Hinzman zombie then reappears. The Reverend is bitten on the face while trying to give him a sermon before Hinzman is finally put out of his misery with a shot to the head. 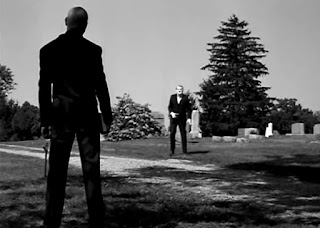 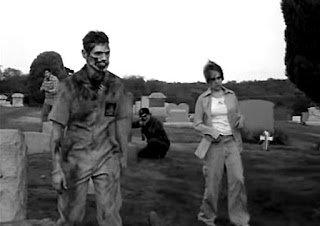 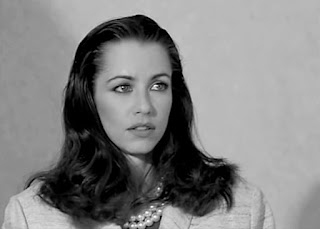 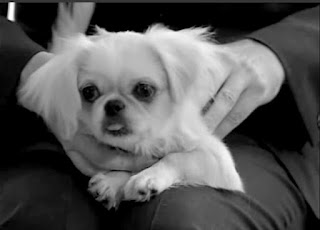 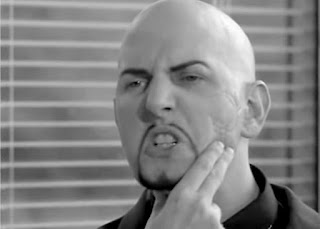 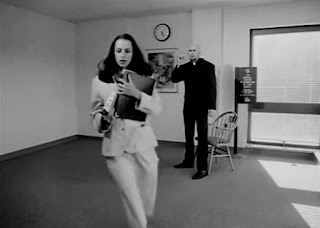 The final new bit is set "one year later" at the Ormsby Medical Center. Darlene arrives to interview the now-even-crazier Reverend, who has somehow not been transformed into a zombie despite being bitten. He claims it was God's intervention and his wounds being cleansed with holy water that protected him. However, he's being held at the center against his will so doctors can study his immune system in hopes of coming up with an antidote. He rails about evil atheists and agnostics, theorizes that the dead are "creatures of Satan" and claims that walking corpses have been possessed by demons. Darlene gets spooked and then rushes out of the room. The end.


While these newly added scenes are probably not all that much worse than what you'd find in most other low budget zombie films from the 90s and 2000s, they stick out like a sore thumb when spliced into Romero's film. Not helping matters any is the acting, which is downright awful for the most part. Licina, who looks like Anton LaVey and also did the new music score, cannot act a lick so of course they give him five times more dialogue than anyone else. Despite being shot in black-and-white, the image is too clean to ever match up to the original. Santa Claws, which was shot in color on 16mm film stock (also by Hinzman), is far grainier and grittier looking than this so perhaps they should have gone that route instead. Or perhaps they shouldn't have gone any route and not tried to enhance something that's perfect the way it is.