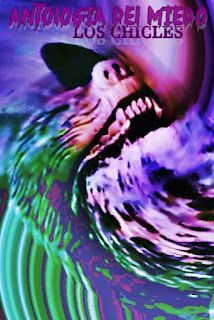 
This was a mystery title that just seemed to pop up on star John Carradine's filmography one day, but what is it? Listed most places under the title Antología del miedo ("Anthology of Fear"), that title is nowhere to be seen on the actual print of this short. Instead, the credits call it Los chicles ("Chewing Gum"). As I was perusing the internet, I stumbled upon a Spanish-language site that makes mention of a two-story 1969 horror anthology feature called La puerta y la mujer del carnicero ("The Door and the Butcher's Wife") and says it was part of an aborted larger project called Antología del miedo. After a little digging around I discovered that the 26-minute La puerta, the 59-minute La mujer del butcher and the 27-minute Los chicles were all made for this same project.


While "Antología del miedo" was never the official title for this one short, it was instead the title of a proposed film series that was slated to include a total of 26 movies from a whole host of different directors and writers. This was the brainchild of co-director Rodríguez but it was abandoned after just a few of the stories were shot. While La puerta and La mujer de butcher were salvaged, combined and then screened theatrically as one anthology feature, Los chicles ended up being the sacrificial lamb, was left out and has since been forgotten. It was filmed as El miedo de los niños ("The Fear of Children") and is still occasionally referred to by that title in reference materials. 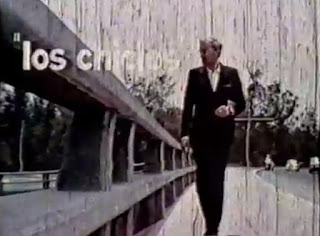 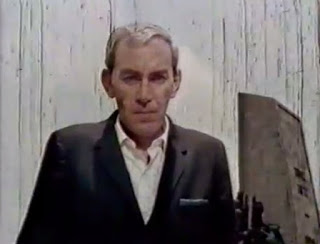 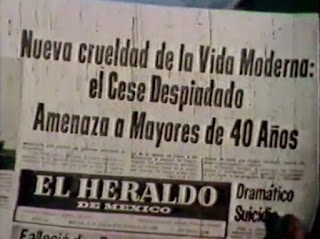 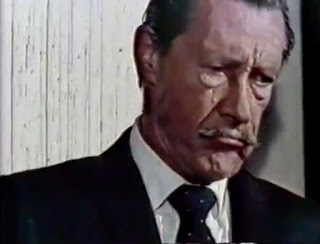 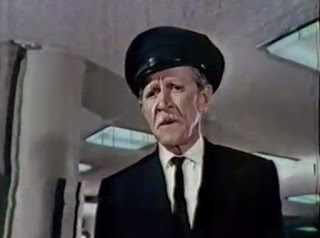 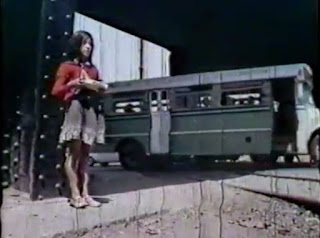 A well-dressed older man walks across a bridge that looks over a busy highway. He stops halfway to take a look at the traffic down below, flicks his cigarette, takes off his watch and eyeglasses, climbs up on the railing and then jumps off; committing suicide. A newspaper article about the "cruelty of ruthless modern life" splashes across the screen. We then meet office worker Roberto Sánchez (Carradine), who has just received word he's being forced into retirement after 30 years on the job. He clears out his desk, throws away a certificate he's been given for his honest and efficient service, says goodbye to a compassionate coworker (Armando Arriola) and then leaves. 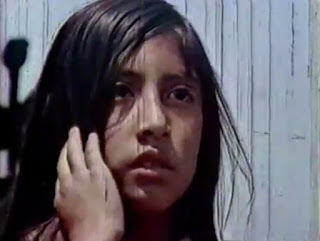 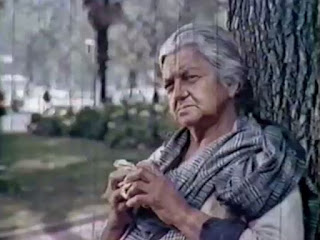 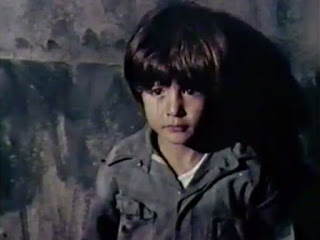 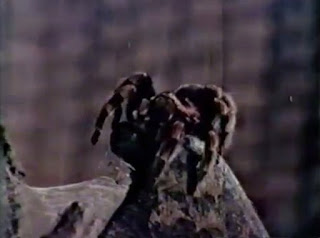 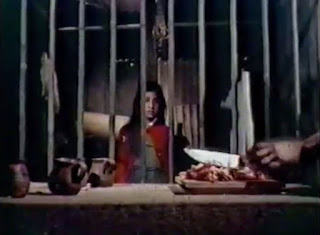 Meanwhile, at a park, a mean old woman (Isabel Vázquez) shows up with two little kids, whom she forces to sell chewing gum to people passing through while she sits around reading, getting drunk and taking naps. Roberto briefly meets the little girl (Patricia Colin) and then sees people handing a blind man money, so he decides to pretend he's also blind for sympathy. The little girl observes him and becomes creeped out by his unusual behavior. The kids and the old woman return to the grimy hovel they call home, which is infested with vermin, including large rats and even tarantulas. The old lady proves to be an abusive tyrant, who berates the two kids in her care, pulls their hair, beats them with a belt when they do even the slightest thing wrong and threateningly chops meat with a cleaver. 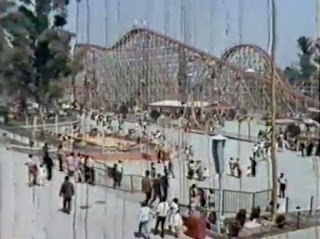 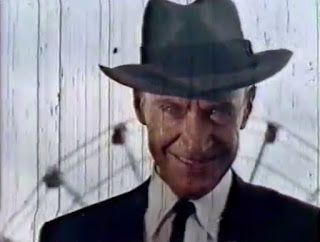 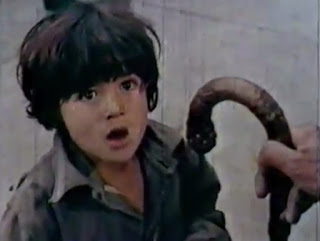 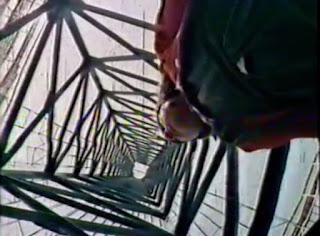 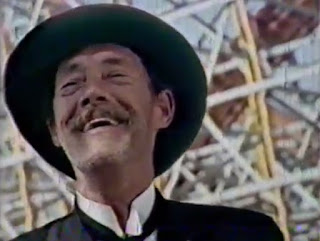 The old lady takes the kids to an amusement park to sell more gum. Carradine's character shows up there as well. While the boy (Ahui Camacho) goes to warn the grandma about the old man stalking the girl, he forces her onto one of the rides. As the car spins around in a circle, the girl has a very bizarre hallucination that involves the sound dropping completely out Carnival of Souls-style, people disappearing, an out-of-body experience, disembodied voices and her standing on top of a tall roller coaster track, being frozen in a block of ice and her feet literally nailed to the floor. Things end on an ambiguous note, though once you tie it back to the opening scene it makes (grim) sense. 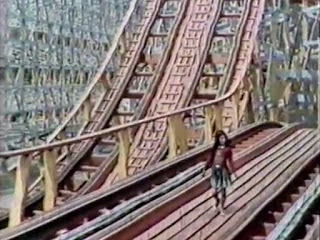 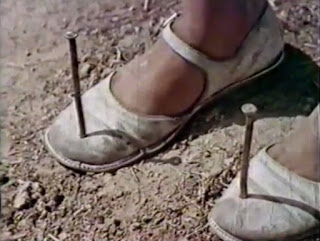 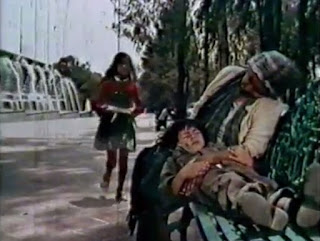 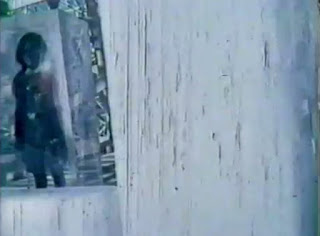 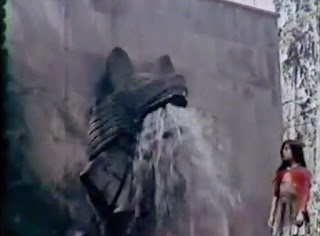 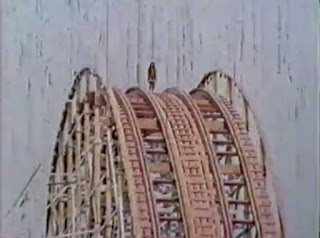 I'm a sucker for theme parks and carnival music and this uses that whole atmosphere extremely well in telling its surreal story. There are lots of weird camera angles looking up at the web-like wooden structures, shots taken on the rides and coasters and lots of spinning around. I actually wish more anthology horror films took this kind of approach instead of telling mostly conventional stories. The quality of the only available print is about as scratchy as they come, but that's somehow fitting with the mood. While not available in English, this is very image-based and there's very little dialogue so that shouldn't be a deterrent.