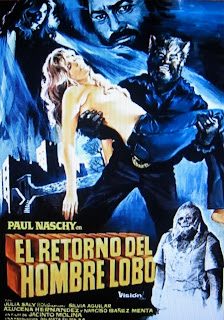 
1981 was a big comeback year for werewolves. AN AMERICAN WEREWOLF IN LONDON, THE HOWLING and WOLFEN were all profitable genre films that also received generally positive notices from critics. American Werewolf would even go on to win the very first Oscar ever given out for Best Make-Up. It seemed like the perfect year for a new chapter in the Waldemar Daninsky saga. The Spanish-produced series had a strong seven film run starting with FRANKENSTEIN'S BLOODY TERROR in 1968. The series stalled in 1975 with NIGHT OF THE HOWLING BEAST, but was revived once again for Night of the Werewolf; a semi-remake of the international hit THE WEREWOLF VS. THE VAMPIRE WOMAN (one of the highest-grossing entries in the series). Equipped with a healthy budget and fine technical aspects, Night ended up flopping so badly that director, writer and star Paul Naschy was forced to go to Japan to secure funding for future projects (which would be sporadic through the 80s). This isn't a bad movie, but it's easy to see why it failed financially. While the aforementioned werewolf hits all offered a contemporary setting, fresh takes on lycanthropy and updated special effects, Night of the Werewolf was stuck in the past. There was simply no market for old-fashioned Gothic horror flicks by the early 80s and the old school time lapse transformation effects and traditional werewolf design just didn't cut the mustard. 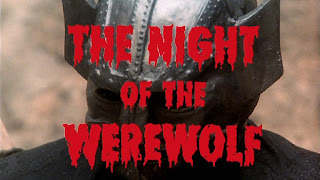 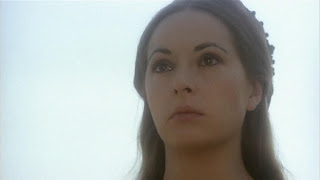 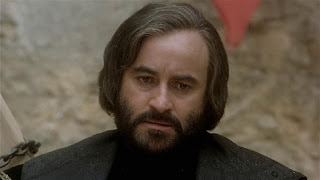 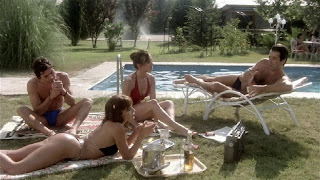 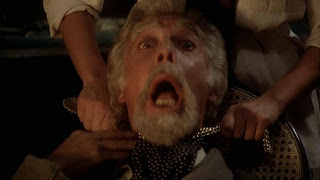 In the pre-credits sequence, Elisabeth Bathory ("Jully" / Julia Saly) is convicted of witchcraft, vampirism, dealings with the devil and cannibalism and is sentenced to be buried alive, while her faithful followers are sentenced to be tortured, hanged, burned alive and / or beheaded. At the same trial, Polish nobleman Waldemar Daninsky (Naschy) is convicted of murdering "hundreds" of people and, rumored to be a werewolf, is ordered to have a "the mask of dishonor" placed over his head and a silver cross driven into his chest.

Now flashing forward to the present, college student Erika (Silvia Aguilar), who's doing some kind of research paper on Elisabeth Bathory, has been dabbling in witchcraft and managed to get herself entranced by Bathory's spirit in the process. She strangles her professor (Narciso Ibáñez Menta), steals a medallion that once belonged to Bathory from him and then decides to lure two of her oblivious friends; Karin (Azucena Hernández) and Barbara (Pilar Alcón), to Transylvania and the Carpathian Mountains and plots to use their blood to revive the countess. Meanwhile, two grave robbers stumble upon Waldemar's tomb, remove the silver cross from his chest, awaken him and are killed. The three ladies arrive in the area soon after, shrug off warnings from the locals, rent a car and then decide to go to the ruined castle where the remains of Bathory, her followers and Waldemar are said to rest. On the way there, three bandits (led by genre vet Luis Barboo) try to rob and rape them but are shot dead with a crossbow by someone lurking in the woods. 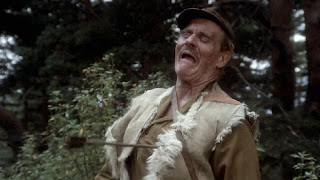 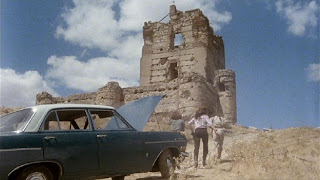 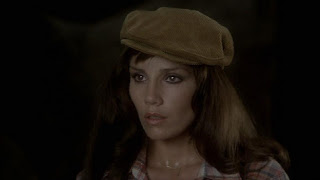 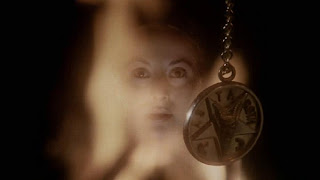 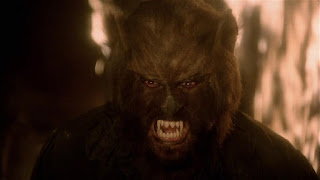 After their car breaks down at the foot of the crumbling castle, the ladies scour through cobwebs, rats and skeletons until they find the tombs they were looking for. They also discover a few things they weren't looking for, namely some fresh corpses and a mysterious man armed with a crossbow and dressed in medieval garb. Claiming his name is Janos, it's actually Waldemar Daninsky. He occupies a nearby mansion along with his faithful servant Mircaya (Beatriz Elorrieta), whose face and body are withered from surviving being burned at the stake as a witch many years earlier. Karin is injured after falling into a hole so the ladies take up his offer of bed and board until she heals. Waldemar sneaks off on full moons to kill various people in the vicinity, then learns from the astrology-obsessed Mircaya that Karin is "The Chosen One" who can finally deliver him from his curse. This requires her falling in love with him and then driving something silver back into his heart. Once recovered, Karin finds herself drawn to Waldemar, but she wonders if she can truly love the man once she sees his monstrous side. 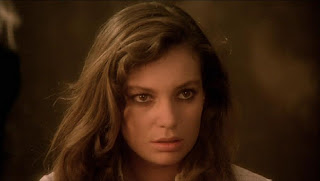 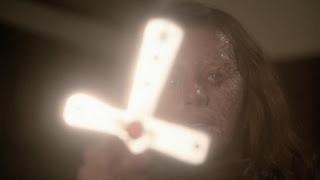 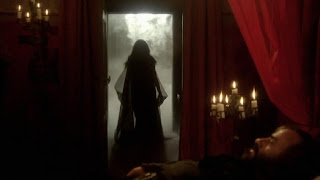 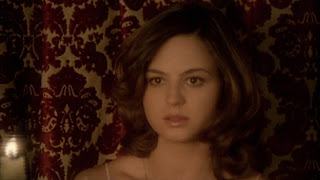 Meanwhile, down in the tombs, Erika is busy at work trying to revive the countess. She kills Barbara, hangs her upside down over Elisabeth's tomb and then cuts her throat so the blood runs all over it. The tomb lid levitates off and there lies Elisabeth alive, perfectly preserved and ready to do evil. She drinks from both Erika and Barbara, turning them into her minions, and also resurrects a skull-faced zombie. She wants both Mircaya and Waldemar under her control and instructs Erika to go to the castle and "infect him with your stigma." The vampire pays frequent visits to town in the meantime to feast upon the populace. All ends in a slow-motion showdown between the werewolf and the vampire women with a tragic ending for all involved.

Plot-wise, this offers nothing new in either the Waldemar legacy or in the vampire or werewolf subgenres. It has its fair share of continuity problems, abrupt editing cuts and the pacing goes to hell during the last half hour as things start to drag out toward a predictable conclusion. The writing is also often poor. When Waldemar and Karin enter the vampire's crypt, they kill the zombie but then decide to "wait until tomorrow" to kill the vampires just because Karin is scared. That simply gives the bloodsuckers more time to sneak around and kill and also gives Bathory the chance to bite Karin and entrace her. Why do Waldemar and Karin, who have become lovers, start sleeping in separate bedrooms all of a sudden? Is it because he snores or because it's just an easy excuse to allow the vampires to attack them separately at night? And I don't know about you, but if I knew vampires were after me, I'd be going to bed wearing about five crucifix necklaces, a choker made of garlic bulbs and a WWJD t-shirt instead of flimsy negligee with my neck exposed and my only protection sitting on a table on the other side of the room. 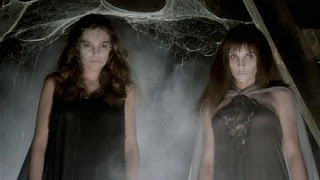 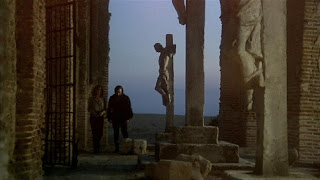 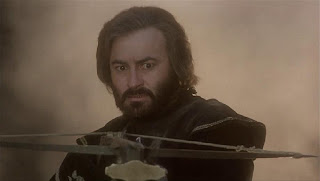 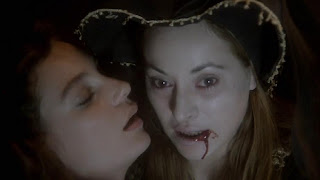 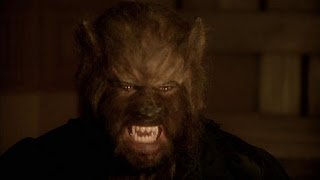 Problems aside, this familiar tale at least looks great. It's nicely photographed and scored and achieves the appropriate Gothic atmosphere through authentic location shooting, very good art direction and lots of fog. There's not a whole lot of blood and what nudity there is is very brief or shot from a distance. It's a bit "classier" than most of the other films in this series and seems like an attempt at a more respectable (or perhaps more commercially viable) horror flick. Most of the cast (the female stars are insanely gorgeous by the way) were also in HUMAN BEASTS, which was also directed by Naschy and filmed the same year. Naschy used the alias "Jack Molina" in the credits. 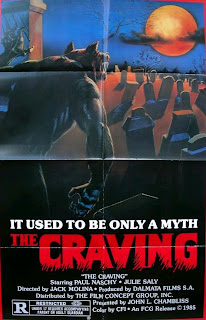 Given just a limited theatrical release in the United States, this first popped up on home video under the title The Craving, which was distributed by Vestron. The DVD from BCI / Eclipse (released in 2007) is a very good quality print which offers English and Spanish audio tracks (with a subtitle option), trailers, alternate Spanish beginning and end credits (most of which were removed from the English-language cut) and a few deleted scenes.