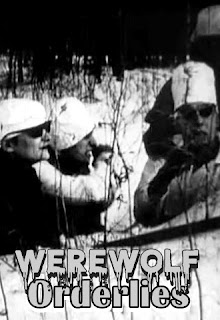 ... aka: Санитары-оборотни
... aka: Werewolf Orderlies
Directed by:
Evgeniy Yufit
Due to strict censorship in Soviet cinema at the hands of the state-controlled film production and distribution department Goskino (USSR State Committee for Cinematography), a group of anarchists and provocateurs arose in the early 80s who set out to cause a ruckus. This group initially started out as a secret club of sorts who'd congregate in the woods. They eventually got their hands on some primitive film equipment and began making their own silent shorts, which intentionally set out to do things, and show things, that the major studios wouldn't. And thus "Necrorealism" was born.
These shorts were crudely-made, chaotic, absurdist, filmed without dialogue (music was sometimes added later) and frequently improvised. Most of them were obsessed with death, decomposition, bodily invasion / transformation and the concept of empty existence; a society filled with people who are perhaps technically alive but more akin to zombies i.e. simultaneously living and dead. Many offered up images of fighting, murder, cruelty, suicide, cannibalism, sadism and sexual deviance as shock tactics. And since the government controlled the cinemas and, by proxy, the content of films being show in them, these shorts were only screened on the underground circuit. Yufit (sometimes Evgenii Iufit), a student at a technical college at the time, became the leader of this movement and even formed his own independent studio called Mzhalala Film, which was also the countries first independent studio, to work on these films.
Werewolf Orderlies was their inaugural effort. It runs just 3 minutes, is black-and-white, was ineptly shot on extremely scratchy (I think) 8mm, looks more like it was made in the 1910s than the 1980s and was more-or-less just improvised right there on the spot. 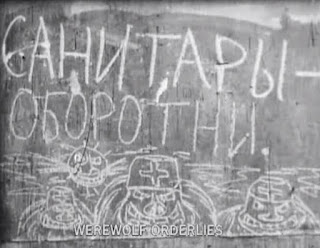 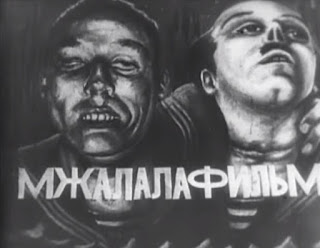 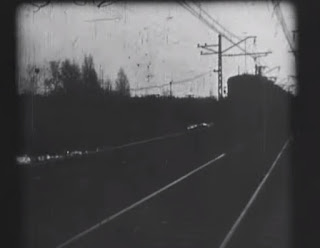 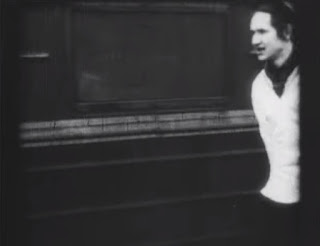 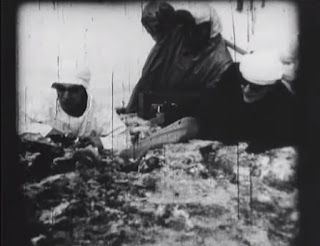 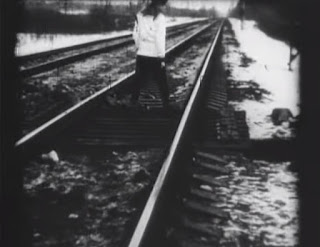 A sailor carrying a hacksaw exits a train, walks across some tracks and heads out into the woods. A bunch of men, only a few of which are actually dressed like orderlies, follow him. Other men are around aimlessly and frantically digging through the snow with shovels. The sailor makes a fire in front of a tree, climbs up it and then jumps into a blanket held by the orderlies. They drag him into the middle of a field and he's killed after being beaten with shovels and having a tree branch thrown on top of him. We then see shots of a battleship and waves, probably taken from some war / propaganda film. There are no werewolves. The end. 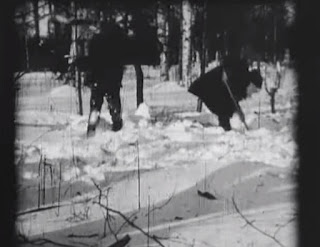 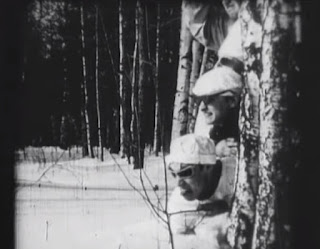 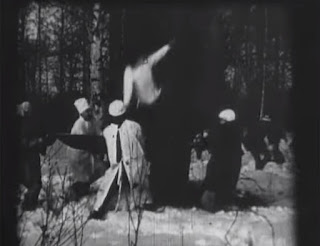 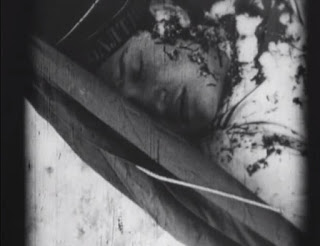 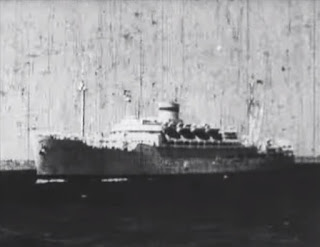 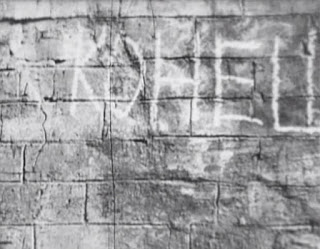 What this started and why this even exists in the first place are both much more interesting topics to ponder than actually sitting through this silly no budget home movie. I'm assuming the stick-it-to-the-status-quo aspect comes from seeing a military man being senselessly killed, which, in a way, is a sort of anti-propaganda I guess. Yufit made a number of these shorts in the 80s before graduating to features like Daddy, Father Frost Is Dead (1991) and Silver Heads (1999) in the 90s. He passed away in 2016. His shorts now play at film festivals and are screened at colleges and such, plus they're on Youtube if you're interested.
★1/2
Posted by The Bloody Pit of Horror at 6:44 PM No comments: