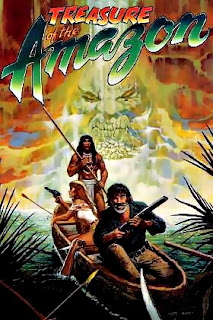 
Having been responsible for hundreds of films between them, René Cardona (who passed away in 1988) and his son René Cardona Jr. (who passed away in 2003) were a force to be reckoned with in Mexico. The secret of their success? They both knew it was wise to pay close attention to whatever hot trend was going on at the time to ensure their films were profitable. In 1974, the two worked together (Sr. co-writing and directing; Jr. producing) on the bio-pic La isla de los hombres solos ("The Island of Lost Souls"); which detailed a man's 20-year stint on a brutal prison island. Because of the "based on a true story" angle and the fact the film was based on a popular, best-selling novel, the film went on to break Mexican box office records. Wanting to keep striking while the iron was still hot, the duo would start milking sensationalism for all it was worth.

They made Survive! (1978), about that 1972 plane crash in the Andes where the survivors were forced to cannibalize each other in order to stay alive, TERROR STORM (1977), which was based on the same story but was set on a boat, Guyana: Cult of the Damned (1979), which hoped to capitalize on the Jim Jones tragedy, The Bermuda Triangle (1978), a popular "real life" mystery in the late 70s and others. Treasure of the Amazon came late in the game. It too professes to be based on a true story, though I'm not sure what true story they're talking about. The opening titles state "This story is based on actual facts that occurred in 1958 in the depths of the Amazon Jungles of South America." and adds "The action does not take place in a specific country but in a fictitious place." As you read the plot synopsis below, keep the "true story" claims in your mind. 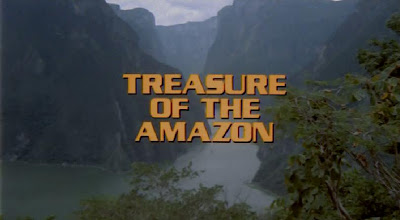 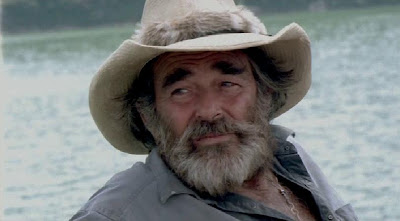 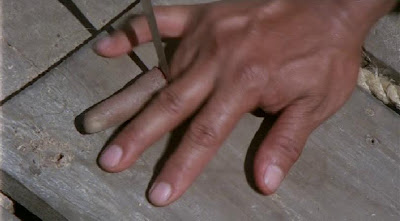 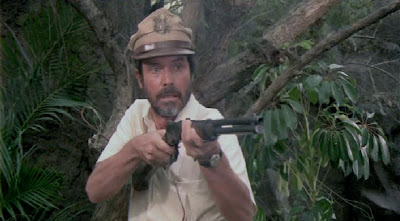 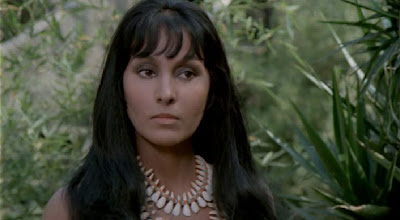 Things begin on a steam boat, where we learn not to try to rob grizzled old Gringo (Stuart Whitman). If you do, you're bound to get your finger cut off and then get tossed overboard where hungry piranha will feast on you. So what has made Gringo such a tough s.o.b.? Years earlier, he and five friends ventured into the jungle on a treasure hunt. Six long years later, a maddened Gringo emerged with the shrunken heads of all of his fellow travelers. Since then he hasn't mellowed out too much, but he is reconsidering risking another jungle trip after two guys he meets on the boat; Zapata (Pedro Armendariz Jr.) and Jairo (Jorge Luke), claim they know where they can find some gold and are in need of an experienced guide. 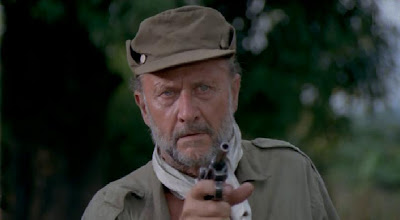 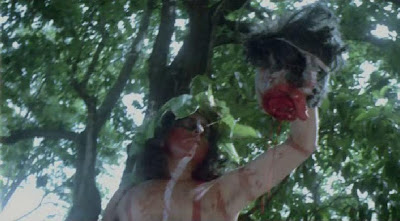 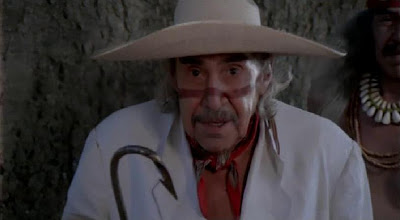 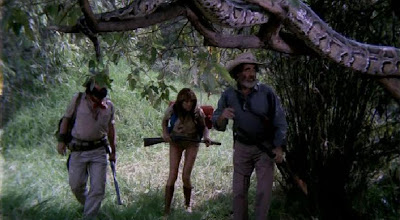 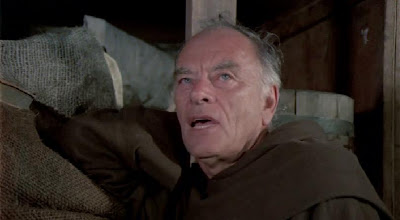 Meanwhile, pilot Clark (Bradford Dillman), whose idea of a good time is hitting birds with his airplane propellers mid-flight, is escorting prissy Southern belle Barbara (former Miss World Ann Sidney) and her whiny boyfriend Dick (Clark Jarrett) around as they scout for oil. They've been coming up dry, but during one dig, they find a diamond and decide to stick around and see if they can find more. Elsewhere in the jungle, Nazi-in-hiding Klaus von Blantz (Donald Pleasence) is also on the search for treasure. He wants to use his potential findings to "revive the glories of the Third Reich" and has a tough and always-topless female native guide named Morinba (Sonia Infante), who needs money herself because her daughters have been forced into sexual servitude by a horny old slimeball (Emilio 'El Indio' Fernández) she's indebted to. Whew! These three groups of treasure hunters battle the elements, the vicious jungle animals, tribes full of blood-thirsty machete-wielding natives and blowgun-shooting cannibal headhunters and, of course, each other on their quest for riches. 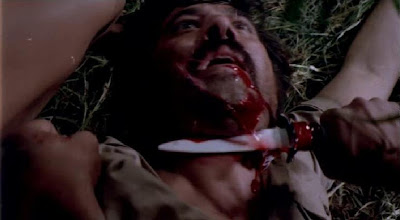 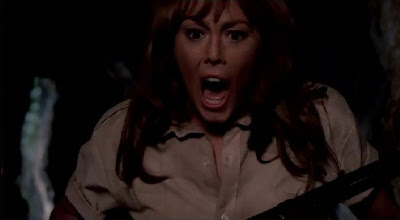 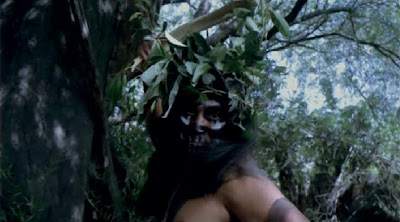 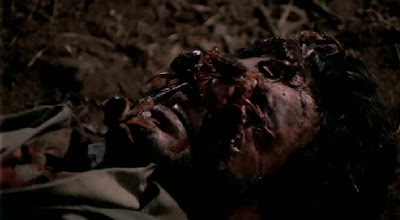 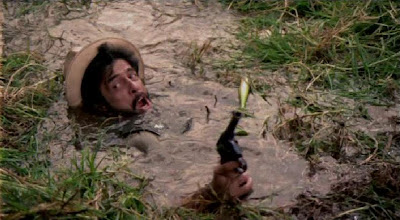 Cardona leaves nothing out of this kitchen sink jungle adventure and moves things along at such a fast quip you never have time to get bored. Seemingly every other shot is of some jungle critter (alligators, snakes, parrots, tarantulas, panthers, leopards, monkeys, pigs, anteaters, you name it) and there's lots of blood and gore (throats slits, heads cut off), various animal attacks (bats, gators, some really strange bugs that suddenly fly out of the water), nudity (mud-covered topless native women in thongs enacting an Amazon wrestling ritual), people eating spiders and snakes, a tied-up man getting eaten alive by a slew of flesh-hungry crabs (!), quicksand, leeches, real animals eating each other and much more. 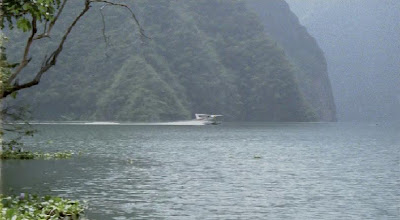 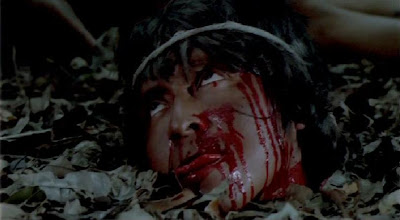 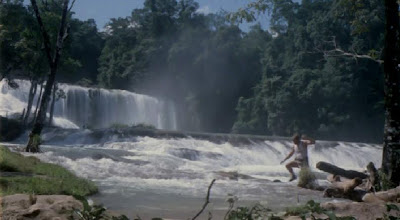 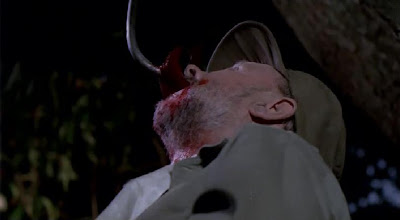 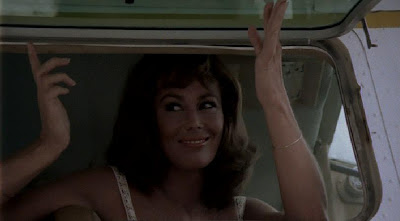 The cast is also excellent. This has to be the best role Whitman has had in years and he does a great job as the centerpiece for all the action. Pleasence, sporting a terrible German accent, is hysterically funny chewing the scenery and spouting lines like "I've killed many... Yanks... vith... zis...gun." He also gets to spend his last scene suspended from a tree by a hook stuck through his tongue! All of Infante's scenes are performed topless and she clearly doesn't know English at all because she reads all of her dialogue phonetically and with no inflection whatsoever (though it's somewhat fitting for the role of a native guide, I guess). John Ireland (a priest) and Hugo Stiglitz (a riverboat captain) also have small roles. The director's son, René Cardona III (now a prolific director himself), was the second unit director.

Very entertaining and lots of brainless fun's to be had in this one, folks. The ending's great, too. Initially released on video in the U.S. on the All-American label. VCI handled the DVD release.