DANISH HORROR [1950-1990]
When I think of Danish horror, the first film that pops into my mind is Häxan ▼ (1922; aka Witchcraft Through the Ages), one of my all-time favorite silent films. Controversial and frequently censored upon release, this atmospheric, inventively structured and meticulously made partial witchcraft documentary directed by Benjamin Christensen was way ahead-of-its-time and is still pretty dazzling and incredibly bizarre even by today's standards. Häxan is also noteworthy as the most expensive Nordic film of any genre made during the silent era. It wasn't long before Christensen was courted by Hollywood. He ended up directing seven films in the United States, including three horror movies: The Haunted House (1928), House of Horror (1929) and Seven Footprints to Satan (1929). All of those starred ill-fated actress Thelma Todd, whose death at the age of just 29 under bizarre circumstances became the stuff of Hollywood legend. Of Christensen's U.S. horrors, unfortunately only Footprints still exists. Warner Bros. even has a record of destroying their nitrate print of Haunted House back in 1948!

Mention also has to be made of Danish-born Carl Theodor Dreyer (below, left) despite the fact he only made a handful of genre films and most weren't even produced in Denmark. Though his The Passion of Joan of Arc (1928) is roundly heralded as the crown jewel of his filmography and is hardly ever absent from critics' "Top 100 of All Time" lists (often accompanied by his later Ordet [1955] and Gertrud [1964]), he also made a handful of memorable genre films. While his Leaves from Satan's Book (1920) and much more highly acclaimed witch hunt drama Day of Wrath (1943) both have their horror elements, his most noteworthy pure genre film is undoubtedly the nightmarish Vampyr (1932), which was a French / German co-production. Similarly, Dreyer's earliest horror film, The Parson's Widow, wasn't produced in Denmark, but was a Swedish production. That technically takes these films out of contention when discussing Danish horror, though I believe they should still at least be mentioned. That leaves Dreyer's De nåede færgen / "They Caught the Ferry" (1948), an 11 minute short, as his lone horror effort actually produced in Denmark.
During the silent era, short early versions of Dr. Jekyll and Mr. Hyde and The Picture of Dorian Gray (both 1910) were also made, but both are lost and probably gone forever. The earliest surviving film with genre elements appears to be Hævnens Nat / Blind Justice (1916), another of Benjamin Christensen's (below, right) films. And if you're noticing that I'm spending a little more time here than usual discussing pre-1950 films that's because from 1950 up to 1990, very little of note genre-wise was produced in the country. 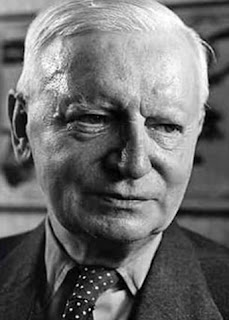 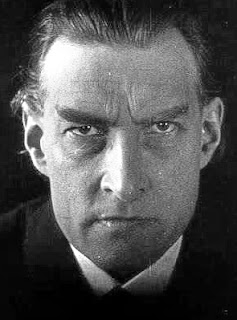 America Sidney W. Pink, who had helped kick start the brief 1950s 3-D revival as one of the producers of the jungle adventure Bwana Devil, returned in the 1960s to direct two genre films in Denmark. Neither of these were of much count. There was Reptilicus (1961), Denmark's first (and still only?) giant monster movie and a later target of ridicule, and then Journey to the Seventh Planet (1962), a mediocre sci-fi film about an alien brain on Uranus causing problems for American astronaut John Agar and a host of badly-dubbed Danish supporting players. Two versions of the former were even filmed; one in Danish credited to director Paol Bang and a second English version credited to Pink. Both of these were well-distributed throughout the world and probably made money but they were ripped apart by critics.
Just a few years after Pink's twin terrors were released, sex films started to dominate Denmark's film industry thanks to the huge international success of films like Mac Ahlberg's I, a Woman (1965). After a spate of soft-core titles, Denmark would then become the very first country to legalize hardcore pornography in 1969, which quickly turned it into the porn epicenter of the world. The incredibly sleazy (and incredibly entertaining!) The Sinister Dwarf was, fittingly enough, one of the only genre films produced while the porn craze was at its height and even had hardcore inserts added to it later on. The other notable film from this period was Whirlpool (1970); the debut of Spanish director José Ramón Larraz, which had British, Danish and American producers and, just like Dwarf, was filmed in the UK. Hitting right at the beginning of the hardcore takeover was Jens Ravn's beautifully-made Manden der tænkte ting / "The Man Who Thought Life," a surprisingly subtle, thoughtful and restrained sci-fi / horror tale that was a Palme d'Or nominee at Cannes. 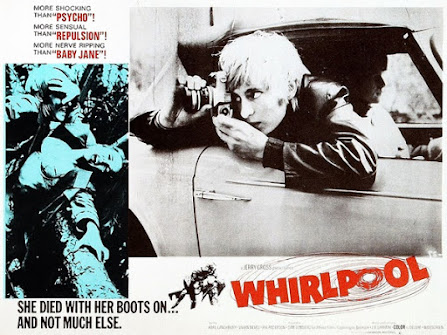 The only Danish genre films to really make much of a dent in the 80s were both from Lars von Trier: the stylish serial killer film The Element of Crime (1984) ▼, another Cannes favorite and a Best Film winner for several of its countries top awards, and the very polarizing Epidemic (1988), which, to some, was an indictment of how Denmark's film industry was controlled and corrupted by the Danish Film Institute. Von Trier and his back-to-basics Dogme 95 collective (artists being artists! natural lighting!) was supposedly formed as a revolt against the DFI-dominated system. Lars would go on to an internationally acclaimed career sporadically returning to horror with films like Antichrist (2009), which incorporated strong gore and even hardcore sex and was another Cannes hit, and The House That Jack Built (2018). 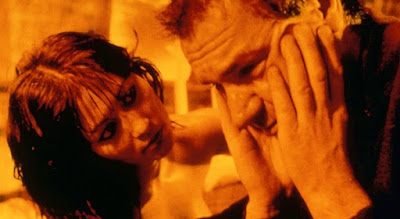 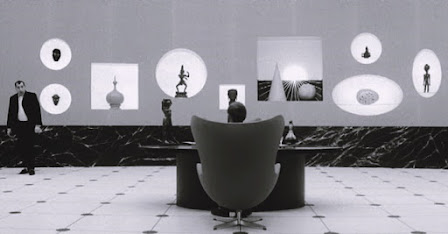 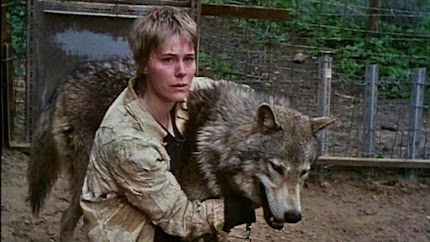