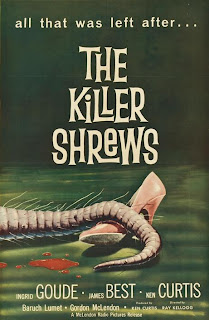 ... aka: Attack of the Killer Shrews, The


Did you know that shrews, or Soricidae as the dudes in lab coats call them, are "the most horrible animals on the face of Earth?" The little suckers may look cute and harmless but they have voracious appetites. They'll attack anything for food regardless of size and must eat three times their body weight in 24 hours or risk starving to death. Not content with just eating all of the flesh and meat of their prey, shrews like to be members of the clean plate club by also eating the bones after sucking out all the yummy marrow. And for an encore, they also devour napkins, plates, eating utensils and tea cups, so next time you're entertaining shrews at a dinner party make sure you don't break out your fine china. On a small, uncharted island, brilliant scientist Dr. Marlowe Craigis (Baruch Lumet), his assistants Jerry Farrell (producer Ken Curtis) and geneticist Bradford Bain (Gordon McLendon) have unwisely chosen to use shrews as their guinea pigs. The men are working on prolonging lifespans and have come to the conclusion there's a correlation between decreasing size to increase metabolism to make animals live longer. (Oh, really? Is that how it works?) One day they hope to apply what they've learned to people. 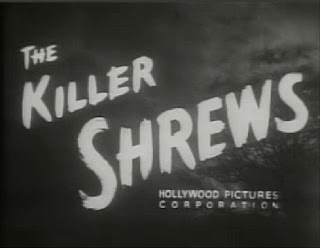 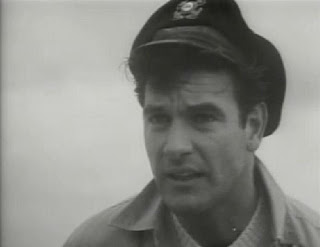 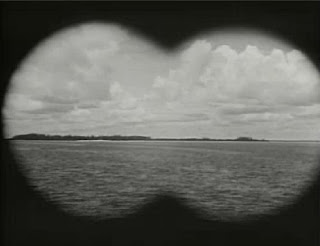 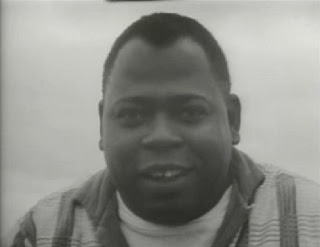 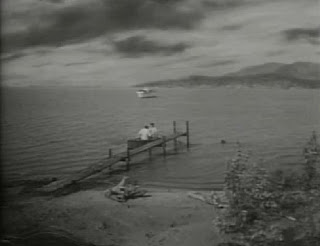 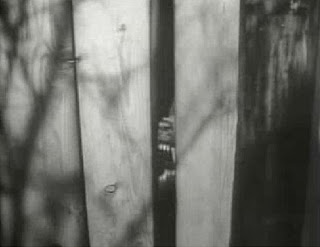 Captain Thorne Sherman (James 'Rosco P. Coltrane' Best) and his assistant Rook (Judge Henry Dupree) have chosen the worst possible time to head to the island to deliver supplies. Not because a hurricane is brewing in the skies and not because Marlowe's zoologist daughter Anne (Ingrid Goude) is having a bitter falling out with her former flame Jerry, either. As you can probably gouge from the title, the experiments have backfired and they've backfired in a bad way. Instead of shrinking shrews, the doctors have accidentally made them grow to dog-sized proportions. Now there are between two and three hundred, 50 to 100 pound hungry shrews roaming free on the island. The fact shrews can reproduce only three weeks after birth adds an extra problem, as does the fact they creatures have already depleted their natural food sources on the small island. Well, most of it. 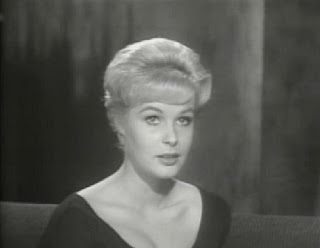 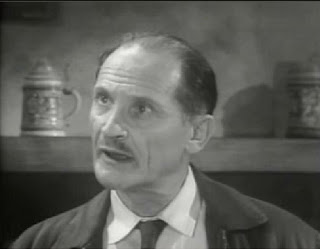 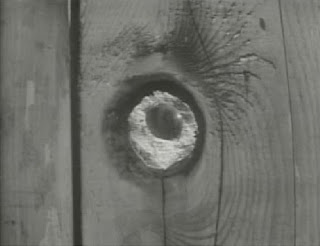 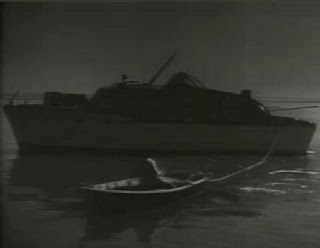 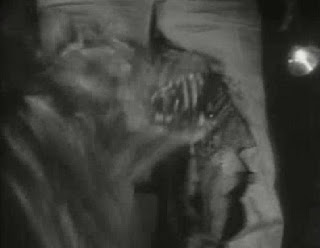 Ths shrews chase Rook up a tree and eat him when the tree falls and break into the barn and eat a horse and all the livestock. One shrew manages to get into the house and bites servant Mario (Alfredo DeSoto) on the leg. He dies immediately afterward and, if things couldn't look any more grim, the scientists discover there's an extremely high poison content in the saliva of the mutant shrews. A scratch or bite from them means death. Since the shrews cannot swim, the survivors hatch a plan (which is simultaneously clever and hilarious) to try to try to get to the boat.

The Killer Shrews is pretty famous for its shrew costumes. There are a few puppet models of shrew heads for close-ups (which aren't too bad), but for the most part they're played by dogs in shaggy suits! While that may sound hokey, in a strange way it give the creatures a natural movement that makes them seem more 'real' than the rubbery creatures we usually see in these things. Sure, some of the dialogue is extremely hokey and the acting isn't the greatest. At one point, Ann (who keeps calling the over-sized rodents "shoes" in her cute little Swedish accent) claims she's so disturbed by what's going on she's going to retire from science to become a housewife. If one can just laugh along with moments like those and chalk it up to the times, then this is actually a well-done, entertaining and utterly charming little B creature feature. Working with limited funds, the director manages to establish a claustrophobic, hopeless atmosphere and the writers have come up with an entertaining storyline. Everything leads up to an action-packed finale that's surprisingly exciting. The film may even be more influential that is has been given credit for... 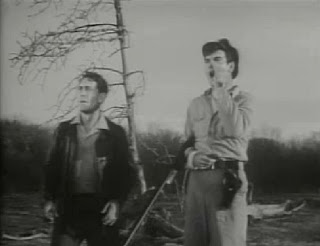 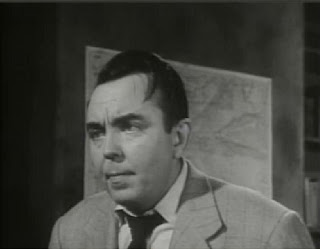 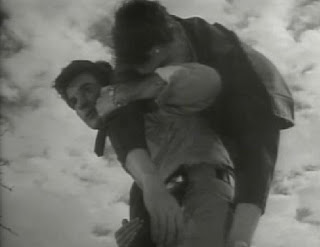 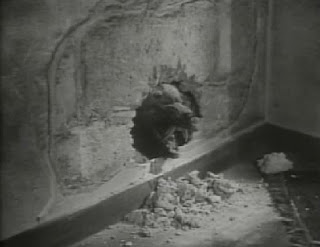 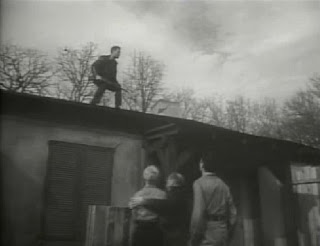 One strange and interesting thing about this one is how much it has in common with NIGHT OF THE LIVING DEAD (1968). Sure, one has flesh-eating zombies and the other has flesh-eating shrews, but there are other obvious similarities present. For starters, our heroes are trapped inside a house and use furniture and wood to try to barricade themselves in. Then we have the shared idea that just a bite or scratch from one of the creatures results in death. And then there's the fight for power between Thorne and Jerry, which results in Jerry refusing to open the door for Thorne hoping the shrews will get him, just as Harry refused to open the door for Ben hoping the zombies would get him. In both instances, when the hero gets inside, they punch out the guilty party. They also continually fight over a rifle. To solidify the similarities, the two films use the same exact stock music at some of the same exact moments! 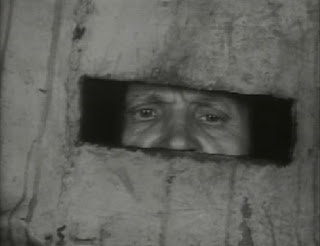 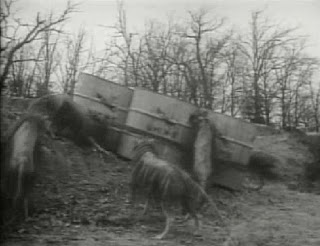 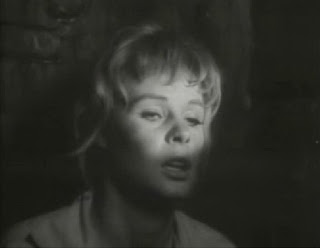 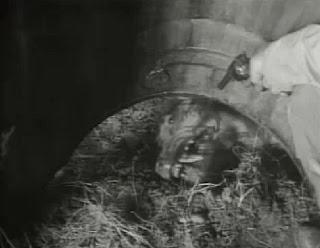 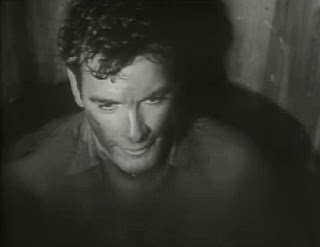 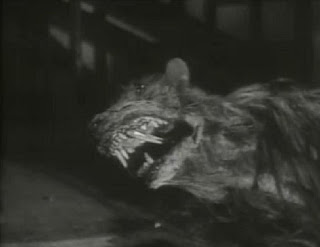 This was one of just two films made by independent, Texas-based company Hollywood Pictures Corporation. The other was THE GIANT GILA MONSTER (1959). Both were financed by co-star McLendon and played theatrically on a double-bill. A sequel; THE RETURN OF THE KILLER SHREWS (2012) followed over 50 years later, with Best returning in the same role! Can't wait to see that.