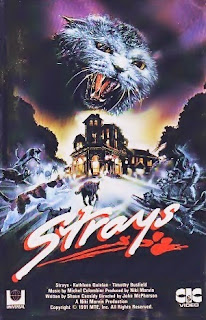 
I love cats. I love horror. Then I should just eat up a horror film centered primarily around killer cats like a can of tuna, right? Well, I was hoping that'd be the case but sadly it wasn't meant to be. Strays, which debuted on the USA cable network, is neither good nor campy nor entertainingly bad. It's sometimes slightly amusing in a "Well that's ridiculous / stupid..." kind of way but mostly it's just a bland, talky TV movie about a bickering yuppie couple, their lame marital / financial problems and their "precious" and "adorable" 4-year-old daughter, who is neither precious nor adorable and will have you hoping and praying she becomes a toddler scratching post by the end of the film. I have a 4-year-old niece and she's beautiful, awesome and smart, unlike the stupid little troll featured in this movie, who gives all 4-year-old's a bad name. During one of the few "scary" moments, the surprised mother walks into her girl's nursery and sees her crib (why is a 4-year-old still sleeping in a crib?!) filled with about twenty cats. Initially I burst out laughing and said "Yes!" but my joy was quickly stripped away as each cat was removed and there was no sign of a bloodied, shredded child's corpse underneath. Does that make me a bad person? 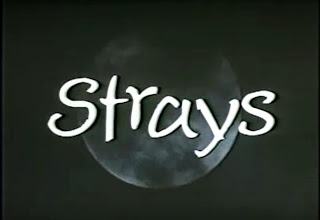 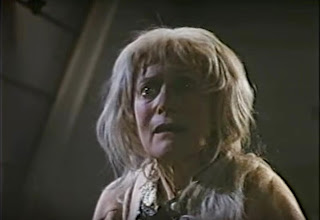 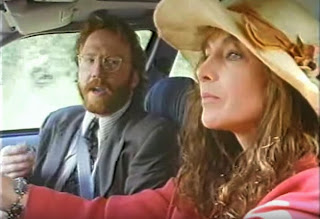 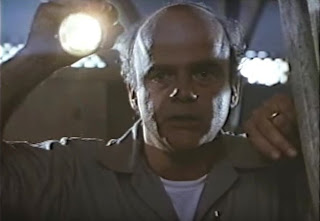 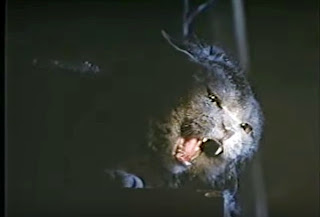 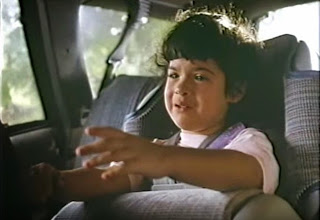 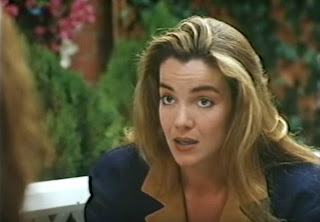 Things open with an amusing low-level cat's POV shot (done in just two takes) that begins outside, trails through the woods, moves all the way around a house, up a flight of stairs and through a doggy door. It then heads through a kitchen up to an empty food bowl, under a chair and under a table, then leaps up on an ottoman and finally onto a fireplace mantle. It's actually a pretty cool shot but alas it's also the best part of the entire movie. We then meet an old cat lady (Eve Brenner) who lives in a large country home with her dozens of "babies." Something eventually rushes up to her as she's exiting the cellar and kills her. The house is put up for sale and purchased by divorce lawyer Paul Jarrett (Timothy Busfield) and his unsuccessful writer wife Lindsey (Kathleen Quinlan), who want out of the big city so they can raise their whiny little abortion Tessa (Heather and Jessica Lilly) in the safety and tranquility of the country. That little fantasy doesn't last long. 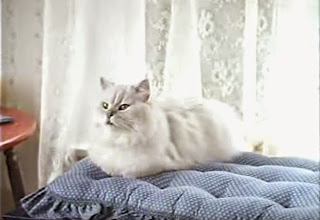 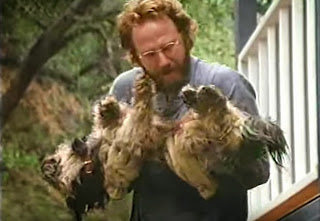 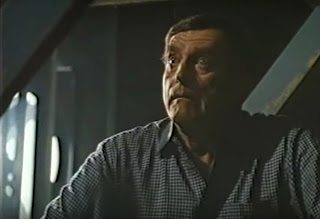 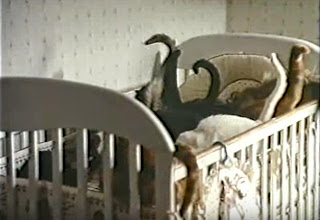 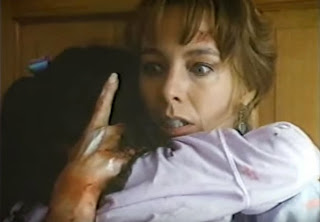 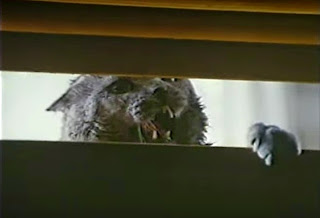 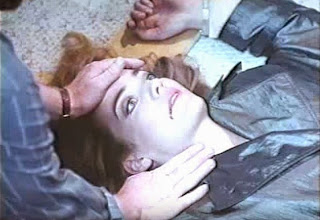 Due to neglect and being forced to resort to their natural instincts in order to survive, the cat lady's once-docile fur-balls have transformed into an army of feral felines who aren't above attacking and killing people who invade their territory. In a silly twist, the cats are all seemingly led by a gray "Alpha Cat" that hunkers over, does that low growl a lot and looks just like the cat who played Church in Pet Sematary. In between the few attack scenes, we have to listen to the dad whine about wrecking his car after a cat bounces off the windshield, whine about his allergies flaring up, whine about his wife wanting to keep a nice mama cat and a kitten she finds in the attic and whine about their supposed financial problems. Said financial problems seem to end a scene after they're discussed when the husband tries to smooth things over with his wife by buying her a piece of expensive jewelry. A vet (William Boyett) shows up long enough to stupidly claim that feral tabbies are more dangerous than wildcats and, to buffer out the slim story line, the film's major drama doesn't even involve the cats at all, but Lindsey's divorcée sister Claire (Claudia Christian), who seems to be making sexual advances on her brother-in-law because, well, she's basically a backstabbing slut. 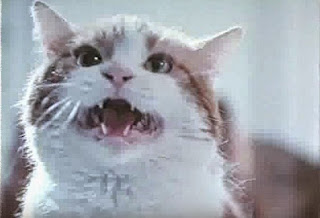 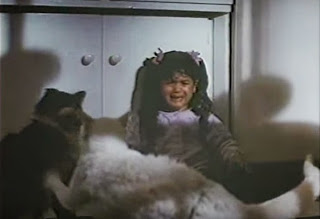 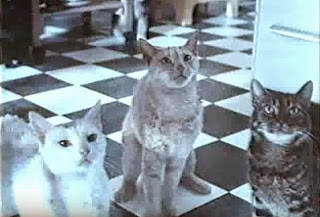 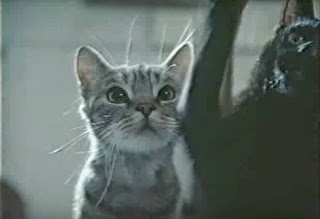 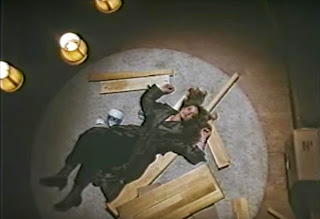 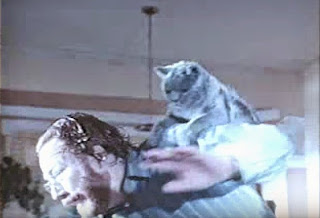 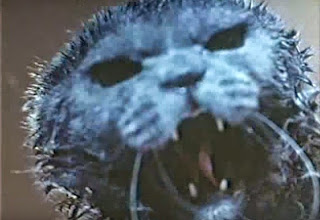 All of the major characters in this one are thoroughly unlikable, which is due more to the script (by Shaun Cassidy of all people) than the actors themselves. Further exacerbating the problem is having a small child in a major role, which pretty much ensures two predictable and extremely annoying things are about to happen: 1. They'll use the kid to try to be cutesy and that will make most people want to wretch, and 2. The child will do numerous incredibly moronic things to ensure the adults are needlessly put into dangerous situation. And boy does this kid ever do the dumbest kid things imaginable at the finale, including going right back into the same cat-infested house she was almost killed in minutes earlier after being told specifically not to. Ugh. The cats themselves are amusing when they're on screen but the director has no clue how to really make them menacing. They're mostly just cute. Even when they're "attacking" and killing people they're cute. There's more "Aww" than "Ahhhhh!!!" Not really a good sign for a film like this.