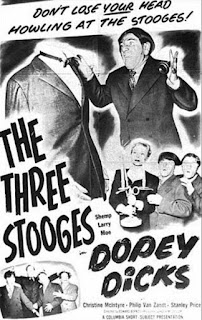 Directed by:
Edward Bernds
Moe (Moe Howard), Larry (Larry Fine) and Shemp (Shemp Howard) are moving men / cleaners who've been hired to straighten up private detective Sam Shovel's office. After they finish, naturally making a mess with paint and a feather duster in the process, a terrified “beautiful dame” barges into the office claiming to be in terrible danger. She – Louise (Christine McIntyre) – informs them that someone's been following her and that her life is in danger. While the stooges are out examining the hallway, a man in a black coat, hat and gloves sneaks into the office and snatches her up. She's nice enough to leave behind some of her jewelry as payment, as well as a note telling them to come rescue her at 275 Mortuary Road.
Meanwhile, Professor Potter (Philip Van Zandt) and his assistant Ralph (Stanley Price) are busy at work trying to create an army of indestructible robot men. Only problem is, they've thus far been unable to keep the robots from walking into things and destroying themselves. You know, because they can't actually see anything. A light bulb goes off. What if they could somehow transplant a human head onto the robot? The Professor already has a handy machine (a table with a guillotine blade activated by the push of a button) for a clean decapitation. Now they just need a head donor. The doorbell rings... 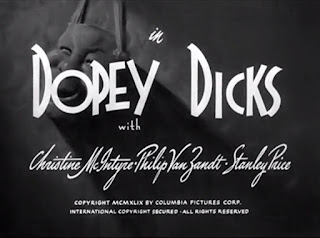 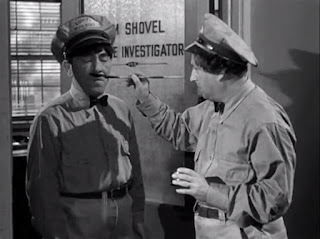 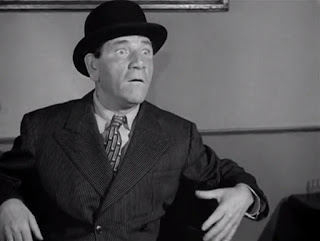 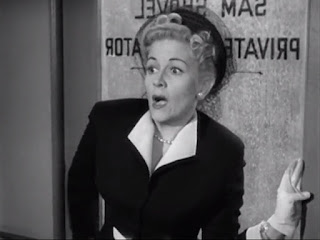 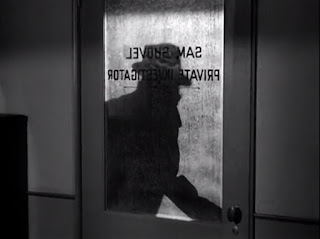 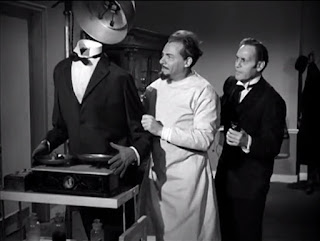 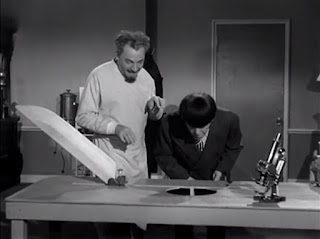 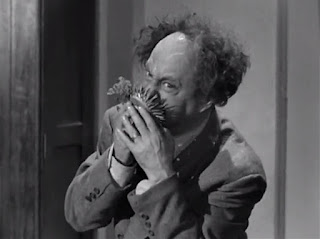 Moe, Larry and Shemp arrive at the address on the note, which also happens to be the mad doctor's hideout. Though he likes Larry's prominent forehead, seeing how Moe is the "brains of the operation" Ralph picks him to go see Potter. The Professor then attempts to decapitate him with the machine. When that fails, he tries to stab him with a sword. Larry gets a Venus flytrap stuck on his face while Shemp locates a tied-up-and-gagged Louise. After freeing her, someone attempts to stab him and much of the rest of this is one long chase scene as the Stooges try to avoid the doctor and his assistant (who are revealed to actually be mental home escapees) as they run around with knives and cleavers attempting to cut off their heads. Fun for the entire family!
This has the expected Stooges-style slapstick involving constantly hitting each other over the head with things, running into walls, etc. accompanied by cartoon sound effects, along with lots of secret passageways and Grade A hamming from the bad guys, whose obsession with killing the Stooges actually borders on creepy! It's pretty funny. 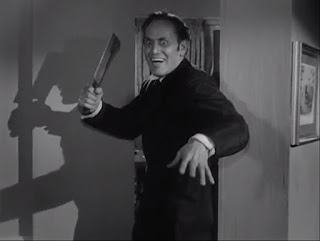 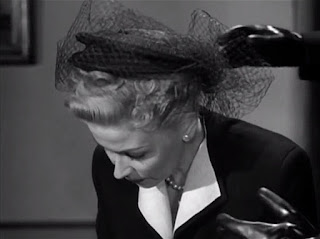 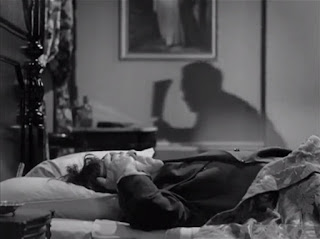 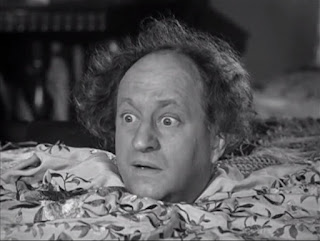 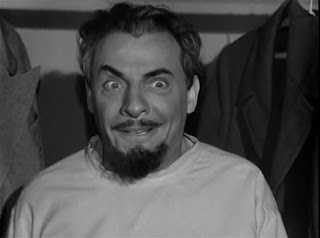 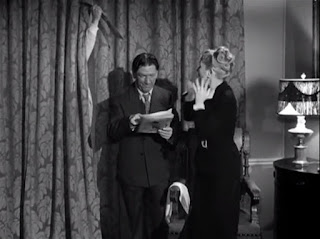 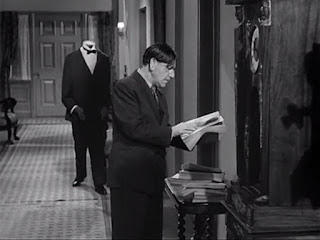 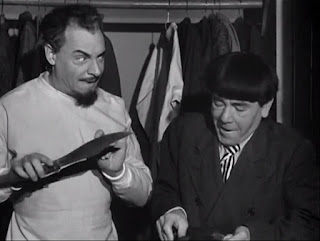 While the comedy team Abbott and Costello have a genre reputation for their series of horror-comedies, the Stooges do not despite starring in even more. The difference? A&C made features with top stars like Boris Karloff, Bela Lugosi and Lon Chaney Jr. and got to use the Universal stable of classic monsters while T3S only starred together in shorts featuring lesser known actors. Their others include We Want Our Mummy (1939), Spook Louder (1943), If a Body Meets a Body (1945), The Ghost Talks (1949), Who Done It? (1949; also directed by Bernds), Spooks! (1953), SCOTCHED IN SCOTLAND (1954), which stole most of its footage from Bernds' 1948 short The Hot Scot, and Creeps (1956).
The Stooges shorts are all available on DVD collections from Columbia Pictures. Dopey Dicks is included on Volume 6, which includes 24 shorts made from 1949 to 1951.
★★★
Posted by The Bloody Pit of Horror at 6:45 PM 14 comments: