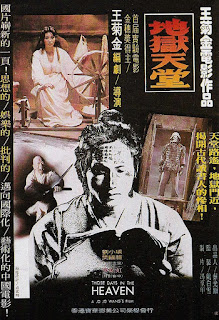 
Poor scholar Sze An Liu is bright and well-educated but prone to daydreaming and has continually flunked his county examinations as a result. His chronically ill though still hard-working mother, who is widowed and made countless sacrifices on his behalf, still holds out hope that one day he'll get a government job as a high official. The family, including Sze An's miserable and childless wife, are dirt poor and live away from others on the outskirts in a home situated in a flat, dusty field with little vegetation. Guilt-stricken over not being able to give his mother and wife a decent life and humiliated by a money-hungry druggist relative who refuses to give him credit for medicine his mother needs, the scholar starts hearing echoing, chastising voices in his head and having visions of a mysterious, beautiful woman clad in white (Hsiao-Ying Liu), who appears to him in a doorway and in a mirror. His mother think he's daydreaming again and tells him not to mention it again as it upsets his wife.


At dusk, Sze An spots a dog outside his home. He follows it through the fields and then through a thicket of woods to a pasture. There, he encounters a skeleton-faced living corpse, who chases him to a small village called Cherry Estate and then a house. Inside is the same woman in white he's been having visions of. While she's hospitable and insists he stay, her stern father, Master Tao (Tien Miao), warns that his daughter is still a virgin, he's to behave himself or else he'll kill him and he's to leave at daybreak. Late that night, the scholar can't resist spying on the bathing beauty through cracks in the wall but he's caught. Humiliated, Lady Tao threatens suicide. In order to keep her from harming herself, the father insists they marry and brings a matchmaker (played by an effeminate man in heavy make-up and wearing a purple dress!) to perform a quickie ceremony. The scholar, who has seemingly been shocked into a case of amnesia due to his eventful evening cannot even remember his name for the wedding certificate. When asked he replies, "I....I..." which is what's used.

After the wedding is consummated, Sze An meets a small group of friends and neighbors - a chess-playing farmer and tea maker, a butcher, an umbrella store owner - at a celebratory feast. Everyone is friendly, accommodating and want to hire him to help with their various jobs, but all Sze An wants to do is read books and study. However, everyone there acts like the word "book" is an alien word to them. The scholar settles on trying to make umbrellas for Mr. Chit instead but isn't any good at it. Neither his new father-in-law, his new wife or anyone else in the area even know what a bookstore is. Nor do they understand fiction or philosophy (the scholar is an admirer of Confucius). Nor do they know what a mirror is. The scholar has been unable to even see his own reflection since he's arrived there.

Cherry Estate has no elected officials, no academics and no one who's the least bit intellectually curious. It's all work in some kind of labor position there and deeper knowledge is subtly frowned upon. No one has ever even left the village, nor do they care to. Just what has Sze An stumbled into here? It's a little piece of heaven in many ways but also proves to be far too limiting and simple for someone as pensive and knowledge-thirsty as Sze An. The strange story takes many other twists and turns that I can't reveal here because I don't want to spoil things but the plot makes room for a magic mirror, a three month long coma, a headless ghost, hyenas feasting on corpses in a battlefield, a white-eyed swordfighting monk and frequent visits by the zombie / skeleton corpse / Grim Reaper stand-in, who at one point is decapitated and tries to put his head back on.

A surprisingly great but sadly unseen and unjustly ignored film, this is much more thoughtful, downbeat, contemplative and artistically-made than I was expecting. Being torn between his human existence and the afterlife, the protagonist faces the ultimate conflict as neither alternative is fully satisfying. Trying to do the right thing by his family provides few rewards and plenty of heartbreak and misery but having his basic needs (sex, shelter, food, friendship) met in the beyond at the cost of his individuality and philosophical nature leaves him feeling just as empty. Anyone torn between a passion not appreciated by much of society, whether that be a scholarly or artistic one, and being a "responsible adult" (making money) should be able to relate to this material and the main character. The opening credits being placed in front of shots of ants scurrying around is certainly not random.

Not only is the story smart and multi-layered, but this also comes through visually. It's creatively directed, with good camerawork, interesting camera angles, nightmarish sound design and slow motion and foggy lens applied to one memorable sequence. Excellent use is also made of its natural, desolate environment. There are vast, empty fields, old stone buildings and many shots of characters and things cast in shadow against the horizon. The cast consists almost entirely of unknowns (except for the prolific Miao) though everyone acquits themselves well enough but this is an especially noteworthy accomplishment for director Wang, who also wrote, edited, shot and did the great score. 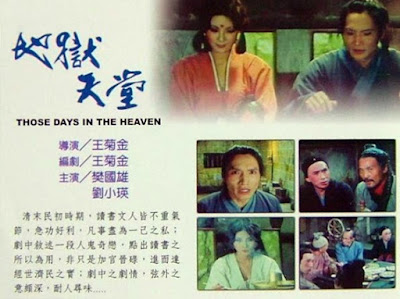 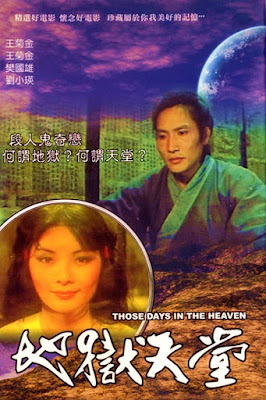 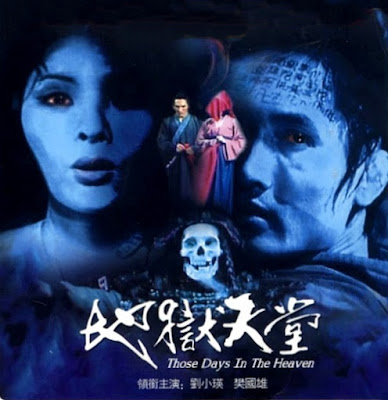 This was nominated for four awards at the Golden Horse Film Festival (the main national film award of Taiwan), including Best Cinematography, Best Art Direction, Best Film Score and Best Picture. Amusingly, Wang ended up winning an award at the same ceremony for Best Director, but not for this film. His The Legend of Six Dynasty (1979) won him the award and was also nominated for Best Film, Score and Screenplay. There were VCD and DVD releases through Joy Sales. For the record, there are better quality prints of this out there than what I viewed.